It's also the settlers burning, chopping, and uprooting olive trees. Searching for a recent opinion piece about the destruction of Palestinian olive groves, I came across a bunch of articles highlighting the same thing: Olives are a symbol of Palestinian identity, part of their national heritage. They have trees over a 1000 years old!

I'm sure even many, including VC himself, wonder why every topic seems to return to Israel and Judaism. It's because of their glaring hypocrisy and godless activities, all while claiming to be the victims. Their own rabbi's teachings of ethnic superiority as their government oppresses the aboriginal population of Palestine... they are a perversion of humanity and must be reigned in. 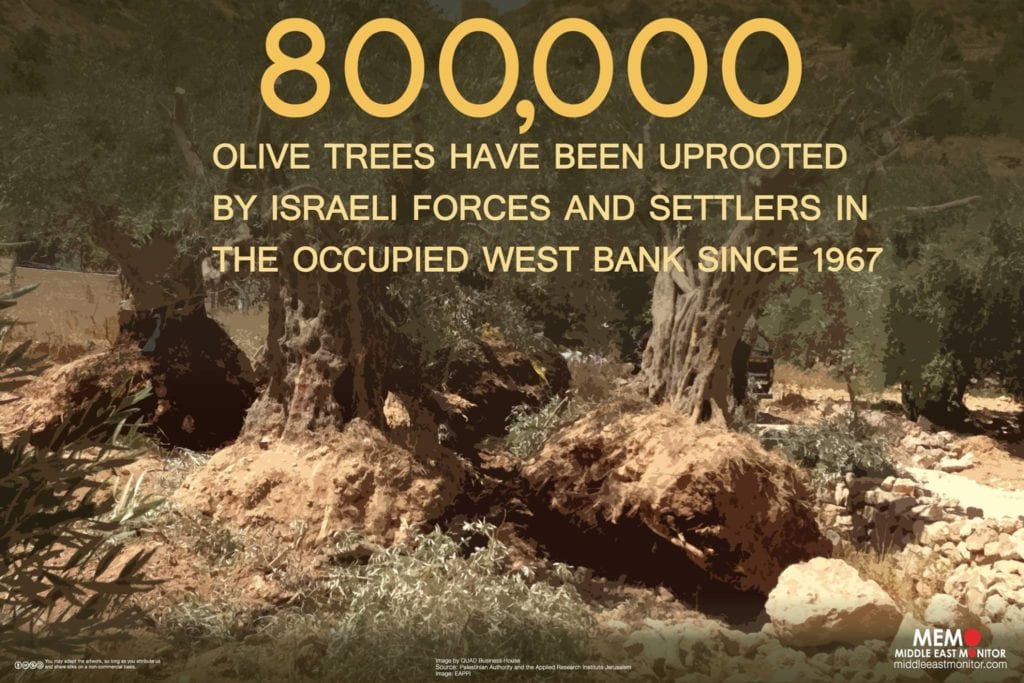 'Mythologies Without End: a New Reading of Israeli History'

... So goes the Israeli narrative. However, while there are some elements of truth in it, most of it does not stand up to historical examination. Though other Israeli mythologies will be examined, especially those concerning Zionist ideologies, the primary focus of this book will be on the many lost opportunities for peace in the hundred-year conflict, and it will argue that it is Israel, not the Arabs, which has “never missed an opportunity to miss an opportunity.” Unwilling to make territorial, symbolic, or other compromises, Israel has not merely missed but sometimes even deliberately sabotaged repeated opportunities for peace with the Arab states and the Palestinians.

“As chief of security for the world’s information and currency, and with energy independence, Israel stands to gain substantial wealth. It is a position that explains the willingness of Russia and China to negotiate with Israel today; it is also a position that will invoke resentment tomorrow.

“Most importantly, Israel is positioned to guard the world’s Internet. Everything today is traded, controlled and administered online. And Israel is emerging as the world’s number one guardian of the world wide web. That means, regardless of being a few miles off-track from China’s Land and Maritime Roads, it is positioned to be the center of both belts.”- Netanyahu 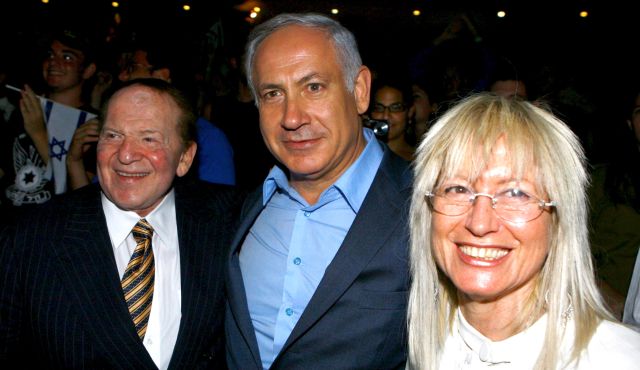 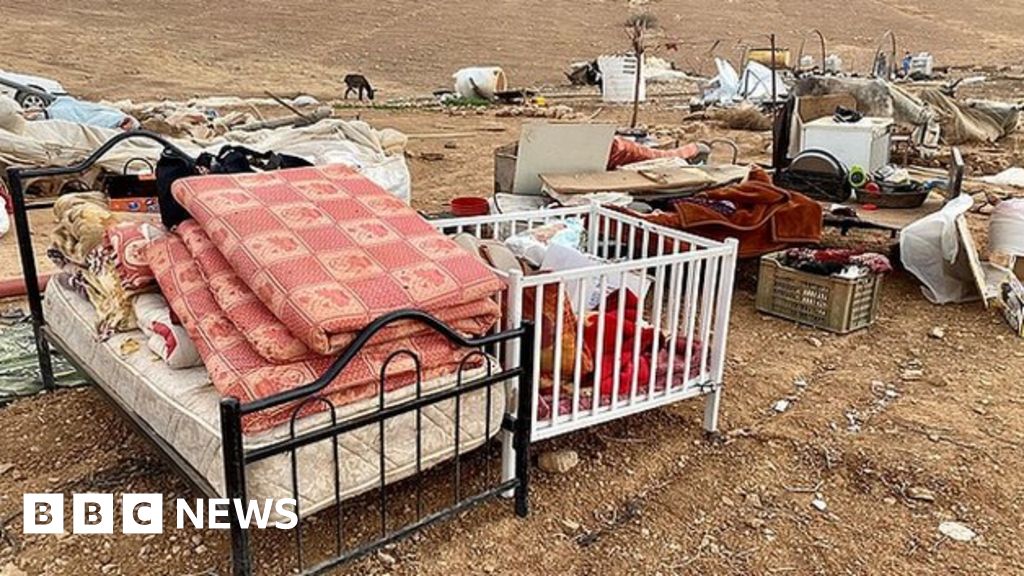 Israel rebuked for 'biggest demolition of Palestinian homes in years'

The UN rebukes Israel for carrying out what it says was the biggest such demolition for a decade.
www.bbc.com

Illuminized said:
Because they operate under the cover of a religion. Persistence after death is fundamental to religion and nowhere is it found in Judaism. Their resurrection is earthly.

Apollonius of Tyana said, "You see how the sparrows care for one another and delight in communism, but we are far from approving of it, nay, should we happen to see anyone sharing his own in common with others, we set him down as a spendthrift and talk about his extravagance and so forth, while as for those who are supported by him, we call them parasites and flatterers."

The key to Israel's success is instinct. The problem is, they only care for their own kinsmen...

I don't doubt that apostle Paul sincerely wanted to help his own people out. But to achieve this, he had to compromise truth with lie and bring two opposites together: Jesus' all-pervading deity with a tribalist god of wrath, with little regard for Gentile proselytes.
Click to expand...

Netanyahu Recognized Biden as President-Elect. Now He Has a List of Favors He Wants From Trump

Abby Martin's Lawsuit Over Israel Loyalty Oath Mandate in US

Israeli Woman Who Refused to Take Part in the Country's 'Killing, Violence, and Destruction' Released 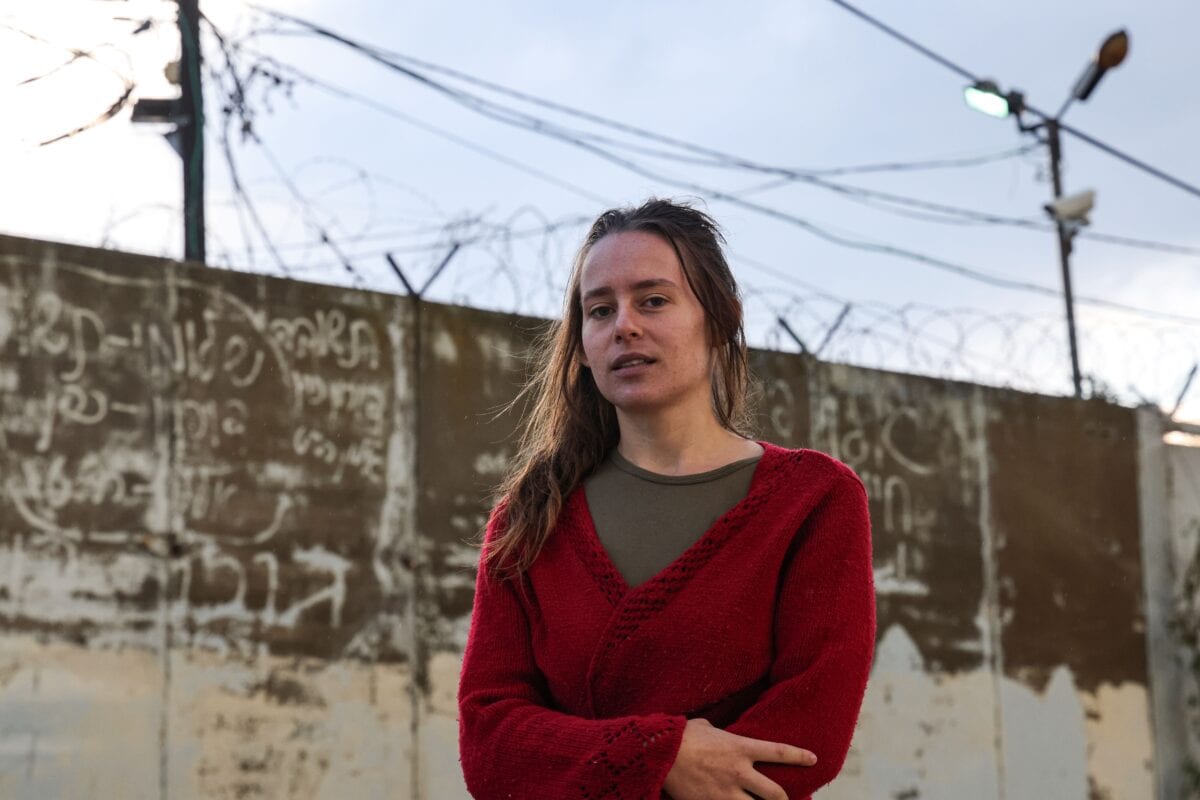 "Nineteen-year-old Israeli woman, Hallel Rabin, who refused to complete her military service in the occupied Palestinian territories rejecting any involvement in what she called "killing, violence and destruction" has been released.

Rabin was kept in detention in a military prison for a total of 56 days for refusing to serve in the Israeli army and was facing a further 80 days in jail. But after four hearings, an army board finally accepted that her pacifism was sincere and not driven by "political considerations", which would have landed her more prison time.

Initially members of the Israeli army's "conscience committee" concluded that Rabin "opposes Israeli violence directed at the Palestinians" and this, according to the committee, is not regarded as conscientious objection, but political opposition. As such, the committee decided to imprison her.

Conscientious objectors in Israel are still limited in number and influence. They are seen as a minor departure from the norm and are considered by most Israelis to be traitors. Societies in the occupation state are still captive to colonial extremism, national and religious racism.

The army plays a central role in Israeli society and can impact a young person's social status and job prospects. This is one of the ways in which some 20 per cent of the Israeli population that are Palestinians are discriminated against in the country. Job prospects, general access to state services are denied because they do not serve in the army.

Israel's Ynet news reported Rabin standing at the gate of an army jail saying she was "the happiest person in the world".

"My lawyer called me this morning and told me, 'you're free'," she said.

Asked about Rabin's case, the army noted that enlistment is mandatory and those who request "an exemption due to conscience-related reasons" are entitled to a hearing before a relevant committee.

Covid 19 doesn’t exist..What did he really die of?

Peadophile Joe Biden to Jewish ShalomTV:
I am a Zionist !

From what I understand this virus is one of the common coroona viruses like MERS and SARS but with an ability to spread faster thanks to the gates (and others) funded 'gain of function' research.
"Gain-of-function research is when researchers take an existing virus or pathogen and make it more potentially dangerous — either more contagious, more likely to kill a human host, or both. "
However Saeb died due to :
On 8 May 2012, Erekat was hospitalized in Ramallah after suffering a heart attack.[24]
On 12 October 2017, he had a lung transplant at Inova Fairfax Hospital in northern Virginia, United States.[25]
Erekat, who was suffering from pulmonary fibrosis,[26] tested positive for COVID-19 on 9 October 2020.[27] On 18 October, he was sent to the Israeli Hadassah Ein Karem hospital in Jerusalem in critical condition.[28] On 21 October, his daughter said on Twitter that he underwent a bronchotomy to examine the condition of his respiratory system.[29] Erekat died of complications from COVID-19 on 10 November 2020 at the age of 65.[30][31] He was interred in the cemetery in Jericho.[3

To uproot those trees is in SPECIFIC violation of Jewish law.

29th November is International Day of Solidarity with the Palestinian people.