TempestOfTempo said:
There has certainly been that speculation... whats your take on the video/situation?
Click to expand...

I have a few takes...hang on.
1.) I don't trust anyone at this point but I do believe Isaac was killed.There's speculation on Fiona Barnett, Brice Taylor, Cathy O'Brian and now it's Isaac. Fiona wrote a weird letter as her alter ego Alice in late 2020 on how Fiona has had her end and it's her time to go. Which was odd since I thought she had healed from her split personalities?

2.)The guy had some good points however I haven't done research on his claims. He was kind of confusing though in the video. One point he claims Isaac may be alive then says he was killed. The whole police autopsy situation seems sketchy but moreso concludes that Isaac was killed.

4.)The video speculation that there was someone watching or present with Isaac while he was doing his live doesn't make sense to me at all since I've watched so many BTS vlives to which I could tell by the singers movements that their being watched or someones in the room. Isaac seemed alone from my perspective. His eyes weren't shifting to one particular section of the room involuntary. He seemed to be focused on the live most of the time and within distress.

5.)I wonder how Isaac Kappy put "us"(the people in his live stream) in danger though. He is quite confusing and I still don't understand what he was regretting in his last live.

6.) I'm starting to think all victims who've gained publicity are all controlled opposition and that these people are much scarier then we think. The fact that no entertainer has exited and exposed so much of what happens makes me think their really powerful...its quite scary.

Im particularly interested in your take on the first video...

Found this interesting video on mythical creatures being demons!!

I didn't watch it much, just small chunks of the beginning and it seems as though it's the same reiteration of child sex rings 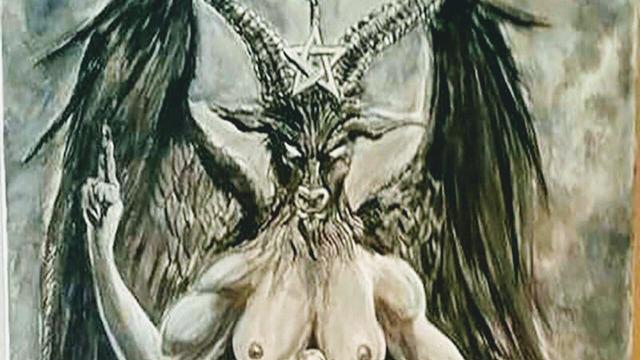 "In a dank basement in Denver, Colorado, in the summer of 2001, a group of friends attempted to contact a dead French artist on the Ouija board as part of a research project about the Holy Grail. They were hoping to get help decoding an historic occ…

She does, I think she is the only YouTuber with content like this who hasn't gotten cancelled for having non-democratic views to an extent.

Yellowbunzz tasty said:
She does, I think she is the only YouTuber with content like this who hasn't gotten cancelled for having non-democratic views to an extent.
Click to expand...