The New War on Bioterror: Everyone is a Suspected or Asymptomatic Carrier

UnderAlienControl said:
The New War on Bioterror: Everyone is a Suspected or Asymptomatic Carrier

Dunno if someone already posted this elsewhere.
Food for thought.

morpho said:
Not saying this is all fake but I'm reminded of this when being bombarded with all this relentless Corona coverage wherever I turn.

I really liked this. I've moved it here because its now long-buried in the Covid thread. I just couldn't help but wonder how it comes alive, especially when he talked about constant fireworks at Cape Kennedy and astronauts crossing their legs ......once you are done with these 14chapters of Wagging the Moondoggie. From chapter 11
(wonder why people would prefer a sitcom over supposed greatness displayed in a moon walk?)


"The impeccable timing of the ‘historic’ Apollo 8 broadcast, reportedly heard by one of every four people on the planet, would set a standard that would be adhered to by all subsequent Apollo flights. The very first Moonwalk by Neil and Buzz was broadcast (‘live’ of course) at 9:00 PM Eastern time, as though it were a Monday Night Football game. Prime time Moonwalks became a staple of the Apollo program, to such an extent that it was not at all uncommon for the networks to be deluged with complaints when a popular weekly sitcom was preempted for yet another fake ‘live’ Moonwalk."

From two of my favorite people. For those interested, this is about California's unique role in the NWO scheme.

John Adams returns to Our Interesting Times to discuss his research regarding California. We talk about the Golden State as a trend setter and laboratory for social engineering and culture creation. We also discuss the role Military Industrial Complex has had in transforming the economy and culture of California and the nation.

The magicians and their sleight of hand are at work again, look here not there check Covid-19 while we bankrupt you.
There is a discrepancy between appearance and reality.
The NEW ORWELLIAN award for humiliation goes to India? 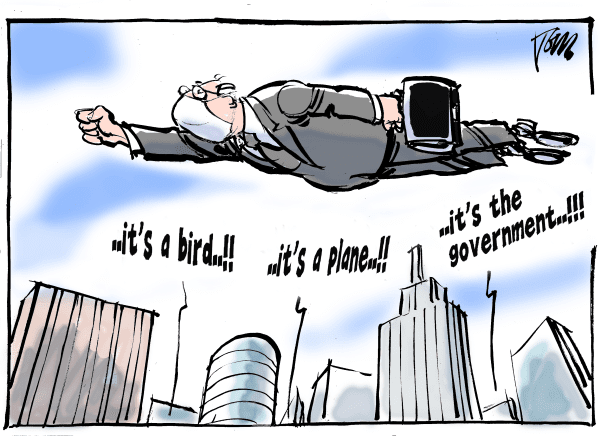 Orwell's mentor said:
Wall Street bankers will save the US from the Corona "crisis". See, everything will be a-okay... :

When I first heard figures like 1.5 Trillion dollars and 350 billion pounds being magically pulled out of our leaders asses I thought to myself "they don't half sound like economy busting amounts"....I mean, at best it's a loan that we cannot afford to pay back and at worst God (or whoever is currently printing our money) will crash the world economy and implement another system to control us.

Why Did Hundreds Of CEOs Resign Just Before The World Started Going Absolutely Crazy?

In the months prior to the most ferocious stock market crash in history and the eruption of the biggest public health crisis of our generation, we witnessed the biggest exodus of corporate CEOs that we have ever seen. And as you will see below, corporate insiders also sold off billions of dollars w
endoftheamericandream.com

Info provided under the video:
Currently the world is in the midst of a global health pandemic, or so we are told. We have been covering all of the events which have preceded the coronavirus outbreak that suggest we are not being told the entire story.
This list includes Event 201, the coronavirus pandemic simulation which preceded the first reports of the outbreak by six weeks.
The World Military Games, which held its opening ceremonies in Wuhan China aka ground zero of the outbreak on the same day as Event 201.
Nearly 10k military athletes from 110 nations were all in Wuhan, just before the outbreak.
We have also looked at how the CDC shut down Ft. Detrick, the epicenter of the US Biowarfare program just before the outbreak due to violations concerning leaks and contamination.
Pus multiple connections to other existing programs related to the United Nations, Bill Gates and many others. Not to mention our extensive coverage exposing the plan to roll out a new digital financial system out of the ashes of this global emergency which will likely be considered the biggest economic collapse in human history.
In this exclusive interview, Spiro is joined by journalist Helen Buyniski, to break down and discuss the Rockefeller Foundation sanctioned report which appears to be the script for not only Event 201, but everything we are seeing unfold right now concerning the outbreak itself, and the police state response.
Links VIDEO: The “Lock Step” Simulation Scenario: “A Coronavirus-like Pandemic that Becomes Trigger for Police State Controls” https://www.globalresearch.ca/all-sec...
Scenarios for the Future of Technology and International Development http://www.nommeraadio.ee/meedia/pdf/.
Helen Buyniski’s Website HelenofdesTroy.com 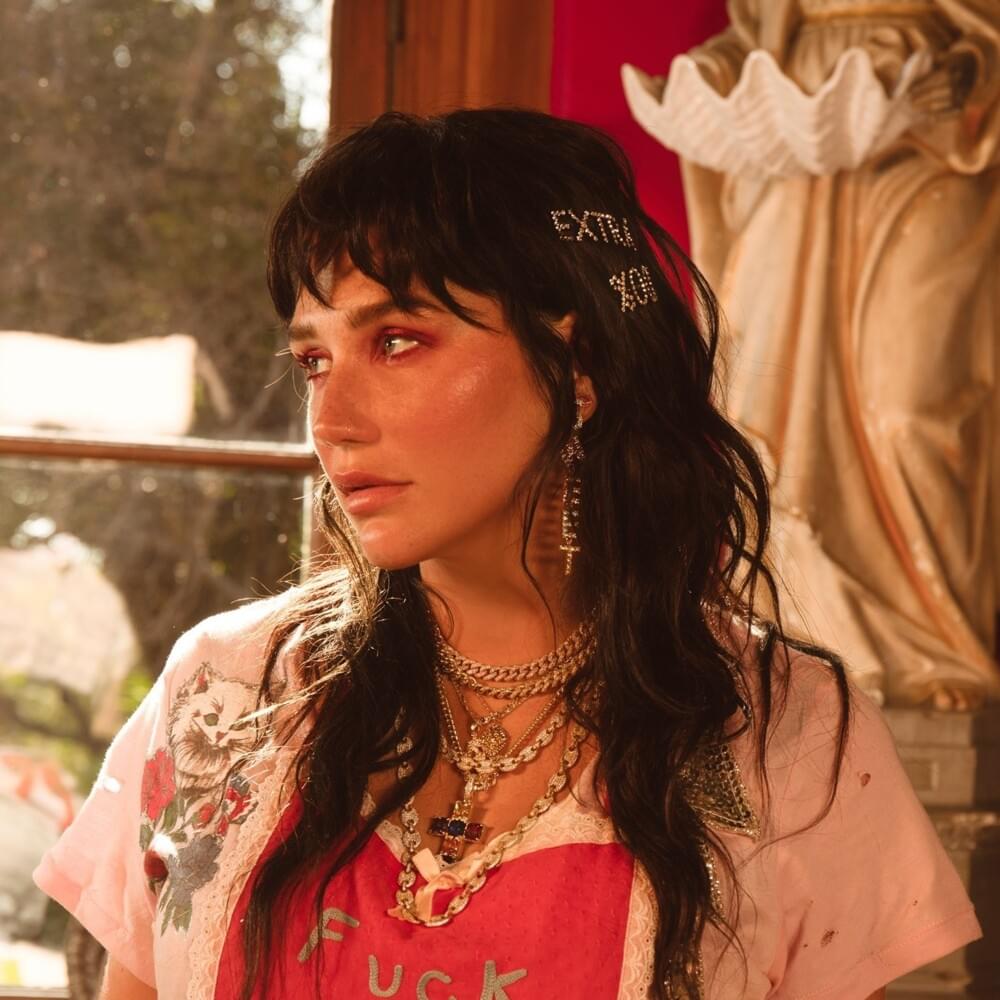 I stumbled upon this. Why would Kesha do a song on Nicolas Cage? The lyrics consist of snake skin, pyramid.

Karlysymon said:
“Confusion as a weapon / Confusion the key word. Healthy confusion, some call it "evil". Confusion that sparks the need to question. Confusion calling fear, Confusion making us question everything in search of some (un)sense”.
Click to expand...

Karlysymon said:
It wouldn’t be surprising to me if US intelligence alongside other agencies, pulled off something like this (the show’s very story line) to sow chaos and to achieve whatever ends. Wouldn’t be surprising if they activated these “sleeper agents of chaos”….the cultural terrorists…..so-called assassins of the future. It is difficult to believe something like this is possible if one is unaware of the history of intelligence agencies hiring charlatans and/or the existence of “paranormal departments”. Ofcourse, in the show there is the magician angle (his uncle taught him tricks).
Click to expand...

"Karlysymon, post: 279853, member: 197"]
MI5, Magicians and False Flag OPs
Edit: Please note, these comments by Karly are in regards to the Messiah Netflix postings and are from that thread.

@Karlysymon, well thought out and thanks for the last links!

I really think that the reason we are unable to come to a ready understanding or decision about this virus is perhaps because those kabalah wizards are using confusion?
We have become a ping pong ball between appearance and reality...........

Re-post: Adrian Salbuchi gives us the groups and some of the individuals behind the now apparent world government.
They have been ruling behind the scenes for a while
Fortune 500 companies, major banks, major multilateral organizations, Federal reserve board, major unis, the MSM and how they deliver news and the key job posts in governments such as the secretary of the state, think tanks......
CFR, Trilateral Commission, Royal institute of International affairs, Bilderberg, IMF, WB
He mentions 6 levels of power or spikes on the wheel of power......
Also that whilst the US is administered from Washington it is governed from London and New York.
2 KEY THINGS: The world government like the Federal Reserve is private, and is not accountable to any citizens of any country.
As Salbuchi highlights in order for us to have a good diagnosis for the social ailments we have to have an accurate diagnosis of the problem.
(Unfortunately, I think due to the state of confusion everyone is in. It is difficult to have a correct reaction or even look for some sort of viable resolution)
Why is this virus hitting some (older) populations and not others hard? Whilst others are questioning if it is even real because most of these older groups have underlying causes and compromised immune systems.
This is confusion at its best. The space between appearance and reality is being exploited.
Second the mass surveillance grid and spyware that Snowden highlighted but for which few protested may become more entrenched with the China and Israeli efforts as the 'new normal' for populations.
People will hopefully confront this push for a loss of basic liberties and privacy and these draconian measures after they flatten their 'curves'.

Why the Rockefellers funded the ecology movement