The "Man In The Dress" Gimmick In Entertainment Continues...... 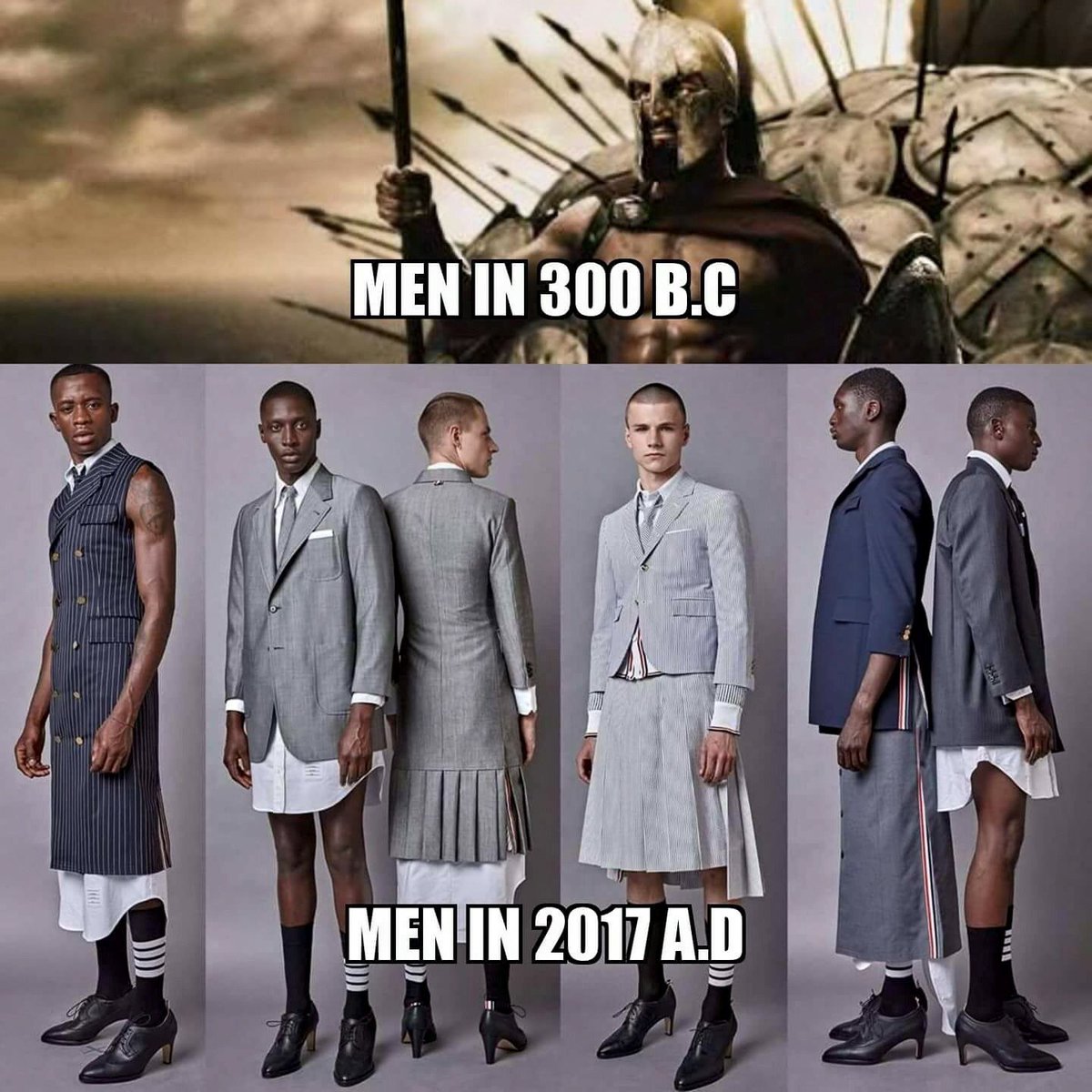 This is not edgy this is not cool, I'm sorry it's odd and my mind can't perceive this new feminine man trend

irrationalNinja said:
As @Trenton mentioned the thread from the previous board "The Dude In A Dress Phenomenon," DIAD (Dude in a dress), imho, is a much more apt description considering no self-respecting man would ransom his masculinity by humiliating himself on that level. Only a male who has allowed his hypothetical balls be removed / held ransom from him (a dude) would volunteer to be emasculated and thrown on the pyre of feminist desire to end all things masculine (e.g. forcing men and women to accept masculinity is toxic and a feminist's responsibility to "teach" men and society how they feel men need to conduct themselves).

Imho... DIAD is one weapon used in the culture war (currently being exposed in the wake of Trump's rise to power) aimed at subtly eroding masculinity in the male population and devaluing femininity in the female population; semi-subliminal programming designed to foster acceptance of deviant ideas.

While appearing as a "gimmick," DIAD is the embodiment of the ideological sickness SJWs are infected with - a desire to subvert "the evil patriarchy." Considering it's frequency of use purportedly across all media platforms, DIAD should appear as a solid example of a semi-subliminal technique showcasing the ideology driving feminist, transgender, and homosexual agendas (a Cultural Marxist wet dream) - heavily promoted and endorsed by the entertainment industry for a considerably long time.
Click to expand...

yeah boy! Awesome post. You pretty much put this DIAD sissue into the clearest and most convincing of perspectives. Elite control-perpetuation machine flexing some soft-power moves to emasculate and sissy-up the male population


GodIsTheStrengthOfMyHeart said:
It could be a purse shaped like an m-16 but its still fruity. If me and literally any guy I know saw any of our friends walking with something like that we'd all bust out laughing and ask if his tampon matched his murse.
Click to expand...

heyyor said:
The whole "Dresses, feminine clothes, shoes and accessories for men" is such a blatant agenda push just based on the fact that there's no chance at all that it could be a profitable fad that would catch on with the masses. No self-respecting straight(and I imagine a lot of gay) man is going to wear a dress or women's shoes unless forced to, which is basically the conditions under which the majority of these celebrities and models do it. It's part of their job, and even then, I imagine they're very reluctant and face a lot of pressure to do it.
Click to expand... What the hell!!!! What was he thinking

A clever way to work Masonic up into the wear, what with the "apron" and the black/white striped shoes and black outifit/white socks.