Good day to you DesertRose. No doubt, he has good intentions with what he says and there are things that can be agreed with. Omar mentions the name of the three religions of Islam, Christianity and Judaism, and says there should be peace among them. In truth though, these have all become sects and that is what they are today. The only religion that is acceptable to God/Allah is His Religion, which is the Religion of Truth. If we belong to or follow after any sect (which goes against the Teachings in both the Holy Qur'an and Holy Bible) then we are allowing an opening for the evil one and for his minions, through which can come both deception and harm. Remember, they are out to make war against the believers and seek to deceive because they follow the evil one. Jesus/Issa said therefore to the believers that they must become wise as the serpents but (unlike them) be innocent as doves. Peace be upon you, bible student.

Greetings of Peace bible student I agree regarding the evil ones and their machinations but respectfully disagree regarding the fact that brother Omar follows any sect he is a scholar of Islam and follows zero sects. He is just Muslim and follows Islam.
Please keep in mind that the last divine revelation that is untampered is the Quran.
As you can see he is wise to the machinations of those who corrupt but is bringing forth peaceful ideas and thoughts. May we never fall into the trap of hatred and stereotyping of others.
"Muhammad is not the father of [any] one of your men, but [he is] the Messenger of Allah and last of the prophets. And ever is Allah, of all things, Knowing." Quran 33:40

Thank you for your reply DesertRose. Muhammad is the Seal of the Prophets, because the Holy Qur'an that he was given reconfirms all of what God had sent down before it and therefore there in no "new" prophecy, because God has already sent down all Prophecy by the time of Muhammad (pbuh). I meant nothing personal against him (Omar) and obviously, I don't know him personally. It was just commented on more in general terms, as it has become so widespread. The overwhelming majority of all Christians and Jews belong to sects (or denominations) and unfortunately we know the same is true about Muslims too. I was in them too in the past ("christian" denominations) and that was just what I knew growing up. Of course it is understandable that people want to be part of and belong to a group in this and in that, as that is part of human nature, but there has to be a right way to do that and I believe there is, but what we can know from the Books is that dividing up into sects is wrong (opens the door to strife and evil to come in and make trouble between them) and so, doing that (sects) is not God's Way. If Omar is just a believer and doesn't belong to any sect, then that's great and would be happy for him, as that would be in line with what God says in the Quran

6:159. As for those who divide their religion and break up into sects, thou must have nothing whatsoever to do with it, even in the least: their affair is with "I AM" (God/Allah): in the end He will tell them the truth of all that they did.

I love this video and the Sheikh's words have deeply touched my heart. I considered giving the video its own thread.

Islam and the Media by Khalid Yasin

My Lord, it gets so dark on this journey sometimes.
Carry us when we fall, brace us for life's sudden turns; deliver us to You safely.
"And upon Allah is the direction of the way, and among the various paths are those deviating.
And if He willed, He could have guided you all."
Quran[16:9]

This morning I read an excellent article about the strategy of callers and I found it so thought provoking that I wanted to share some excerpts with you "
lol some more........(keyboard is doing the left to right thing it must be on a setting for arabic
Note this post is a good read for all callers known and unknown
https://muslimmatters.org/2019/04/26/few-can-build-many-can-destroy/
"The article is called Few can build, Many destroy" very apt !
In the arena of calling non-Muslims to Islam, many sincere da‘wah veterans often express their regrets about spending much of their strongest years – their youth – in fiery argumentation. Their focus on identifying the inconsistencies of false beliefs dwarfed their effort in showcasing the marvelousness of Islam,
(N.B ^ this beloved conveyors of the message)
Solidifying faith in a person’s heart is exponentially more useful than eradicating doubt since the latter will never fully happen. Doubts are many time just blind spots in people’s understanding, and the things that we human beings understand will never surpass the things we do not; “and you not been given of knowledge but little” {17: 85}.

The Quranic method for rescuing people from the shackles of materialism was by flooding them with reasons to have a superior love for God, His company, and His reward.
This Quran also nurtured in its reader’s spirit the magnificence of God, far more than it illustrated the futility of idol-worship, all because deepening your understanding of who Allah is will always outperform identifying who Allah is not, and because the second will naturally happen once the first has been secured.

Similarly, Muslim theologians would traditionally highlight how consistently the Quran tends to assert the perfection of God in detail while negating imperfection from God in brevity, for obvious wisdom. Among this wisdom is that lingering on qualities wrongly attributed to God, even for the purpose of refuting them, can actually confer a degree of validity to them – for only if they were imaginable would they need to be disproven at such lengths. If while lauding a king or emperor, you began saying amidst your flattery, “Your highness, you are not a lowlife, nor a heathen, nor an idiot, nor a sewage worker, nor sexually impotent, nor are you repulsively ugly…” you may find yourself dismissed from the royal court for an extended tour of the dungeons below. ‘​

Shiekh Hamza Yusuf: This Life, A light that Deludes You.
magfirah is forgiveness, jannah is paradise.

2019 Ramadan Campaign - Support a Decade of Excellence in Islamic Scholarship

Reliance on Allah: The Cure For An Ummah in Crisis - By Abdal Hakim Murad 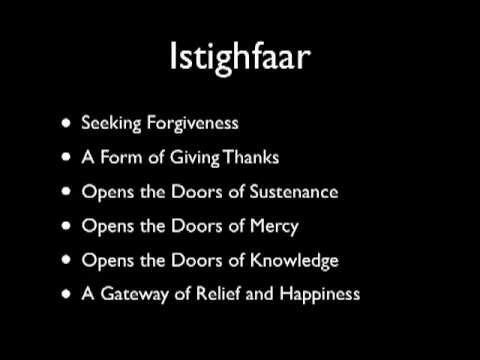 Ultimate Solution To All Your Problems! Story Of Imam Ahmad Ibn Hanbal 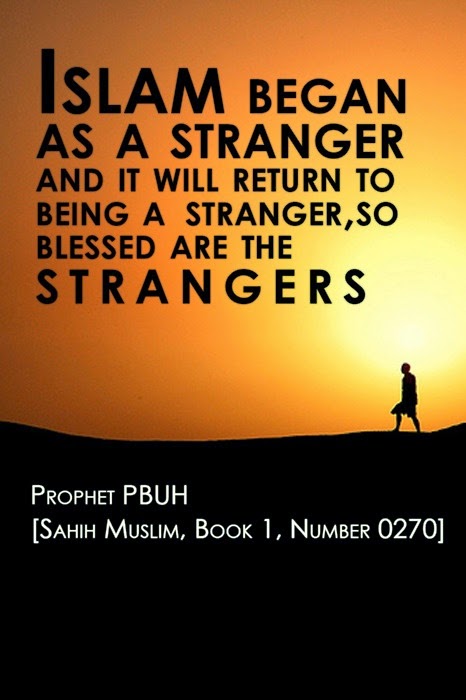 “Be in this world as if you were a stranger or a traveler along a path.”
Prophet Muhammad (SAW)
Standing Alone!! ¦ a very inspiring lecture ¦ by Sheikh Mohammad ElShinawy
Strangers (Ghurabah) | Khalid Yasin
WHO ARE STRANGERS IN THE WORLD TODAY?