Has your warfare made you weary Christian? God is with you even when running on fumes and can hardly do the simple things...

Has your warfare made you weary Christian? God is with you even when running on fumes and can hardly do the simple things...

So currently in my situation I have been unemployed for the past couple of months which makes my day to day routine quite a bit different than what I have been used to in prior times. I had actually been working at a group home as a caretaker for individuals with severe cases of MR(mental retardation) for the better part of the last 5 years. All in all it was a very humbling experience, because often you would have to put depends on said individuals and clean up bodily fluids. Not only that, but some of the residents were very violent and aggressive. Toward the end of my time as a DSP I became extremely wearied in general with taking care of people and began to lose my heart and charity for them. The last year and a half I averaged 120-160 hours every couple of weeks and I was to the point where I knew no other alternative than to quit. I knew it was best for not only myself, but also the residents I was taking care of as I had been backslidden from the lord for quite some time.

It hasn't been until the last month where the lord had really began to start healing and building me up again in himself through the spirit and word. It also hasnt been until recently that I have begun to remember just how tolling the warfare can be as I feel God has put in my heart something to do, yet I keep putting it off. This morning after failing again at what he has put in my heart to do I became sorrowful and began to realize just how long I had been running on fumes for. This thread is not about me though, but about the nature of the war we face as Christians and the times we are living in and how taxing and wearisome it can become living in this present evil age. I know its as scripture says,

...that the same afflictions are accomplished in your brethren that are in the world. (1 Peter 5:19)

I am wholly convinced that we as the body of Christ do indeed dwell within the most intense arena of spiritual warfare that has ever existed in the history of Gods people and the post flood world. Not only are we subject to the constant and tiresome rebuke, insults, and hatred of the people, but we also war against the ocean of in your face and omnipresent temptations of the world, the flesh, and also the increasing presence and rampant release of demonic powers as well. Pornography can be accessed within seconds at the tip of your fingers through smart phone, women being encouraged to show off and exhibit their features through tight fit and revealing attire causing many to stumble and burn with lust, liquor stores appear frequently throughout small towns and cities as Satan beckons the world to just take the edge off and take up the bottle rather than to be filled with the spirit, various forms of techno sorcery in every home in the form of gaming and entertainment consoles to create chemical highs within our brains... Satan manipulating and attacking marriages leaving men and women of God devastated and in more loss... The onslaught of spiritual warfare before us is omnipresent and relentless... One day of fighting temptation in this day and age can sometimes take such a toll and leave us famished, and the world is just one aspect of spiritual warfare... Then there is the demonic which entices and uses the world and the flesh.

The scripture says that seducing spirits, or spirits that specialize in seduction shall be a prevailing factor in these times. Things are moving rapidly and I can say with certainty that its just not as easy to pray and fast these days as it was only half a decade ago as even the seemingly simple things become even more increasingly challenging and met with greater resistance than ever before. We know that multitudes of souls are at stake and some days we meet so much opposition from our flesh and the enemy that even the simple things seem so hard. There are these things, but also on top of that how does one maintain a pure heart before God with all of this and not allow anger and bitterness to cause them to stumble. How does the average Christian have a chance against such seemingly impossible odds? The world does not war and knows not war as they go along with the rest of the world, but to the Christian the war is very real.

The enemies we war against and the toll can leave us just outright famished and feeling insufficient to continue on, but it was this morning that I expressed to the lord that I had been running on fumes for so long and was so tired of the war as I sank into nothingness in my bed and became teary eyed.I believe he strengthened me at that moment and reminded me of Paul's saying that Gods strength is made perfect in our weakness, and that not only this, but God will allow us to fail repeatedly to see our dependency on his sufficiency. In fact it may even sicken us how weak we find ourselves(out of pride) to be in light of the strength that is required to carry on as there is no limit to how much we can become abased before God before we come to see the full extent in how much we need him, yet God shines brightest when all forms of pride and self sufficiency become realized and neutralized. God is reminding me that we need to renounce all pride and confidence in the flesh now more than ever and that we need to start reminding ourselves of his promises and sufficiency if we are to walk in victory in the coming days. We have to have faith now more than ever even when we fail, because even though we may fail this is the victory that overcometh the world, even our faith(1 John 5:4). The victory is in our faith and that even when we fail we need not to lose it. There are seasons where it may feel like we are taking one step forward and two steps back in a dry and barren wasteland, but we have to have faith in God and his deliverance and that he is using this together for the good of all those who love him, and that he who began a good work in us will complete it so long as we are faithful even though we may fail. If we don't quit and have faith in God for his deliverance he will get us over and up the mountain that we keep falling down from.

N e ways I suppose this message is long enough for now. Feel free to share any insights God as given you as I want to use this thread for the edifying and encouraging of everyone. I hope this thread could bless you and strengthen your faith in some way not to lose sight in who God is as we must remind ourselves of him daily when we fail. He reminded me to focus on him and not my shortcomings!

Your posts and threads inspire others to be better, and do good unto others.
I would take that as a sign that the Lord is helping you bring in all the lost sheep.
As a returning person to faith, I am incredibly grateful to read your words, as well as others who inspire those to return to the Lord.
Thank you for your all of your work.

The lord is a refuge and hightower in these last days of spiritual warfare. We need to be in him and seek him now more than ever.

Listening to good sermons is a good way to chase away the darkness..

Reading God’s word the Bible is helpful..God speaks to you in His Word!

They also have these little books that points out certain scriptures for what ails you like anxiety and depression..think on those things helps..

Don’t forget to pray..prayer is your lifeline to God! And where your help comes from!

James‬ ‭5:16‬ ‭
Therefore, confess your sins to one another, and pray for one another so that you may be healed. The effective prayer of a righteous man can accomplish much.
‭‭https://www.bible.com/100/jas.5.16.nasb

Philippians‬ ‭4:6‬ ‭‬‬
Be anxious for nothing, but in everything by prayer and supplication with thanksgiving let your requests be made known to God. 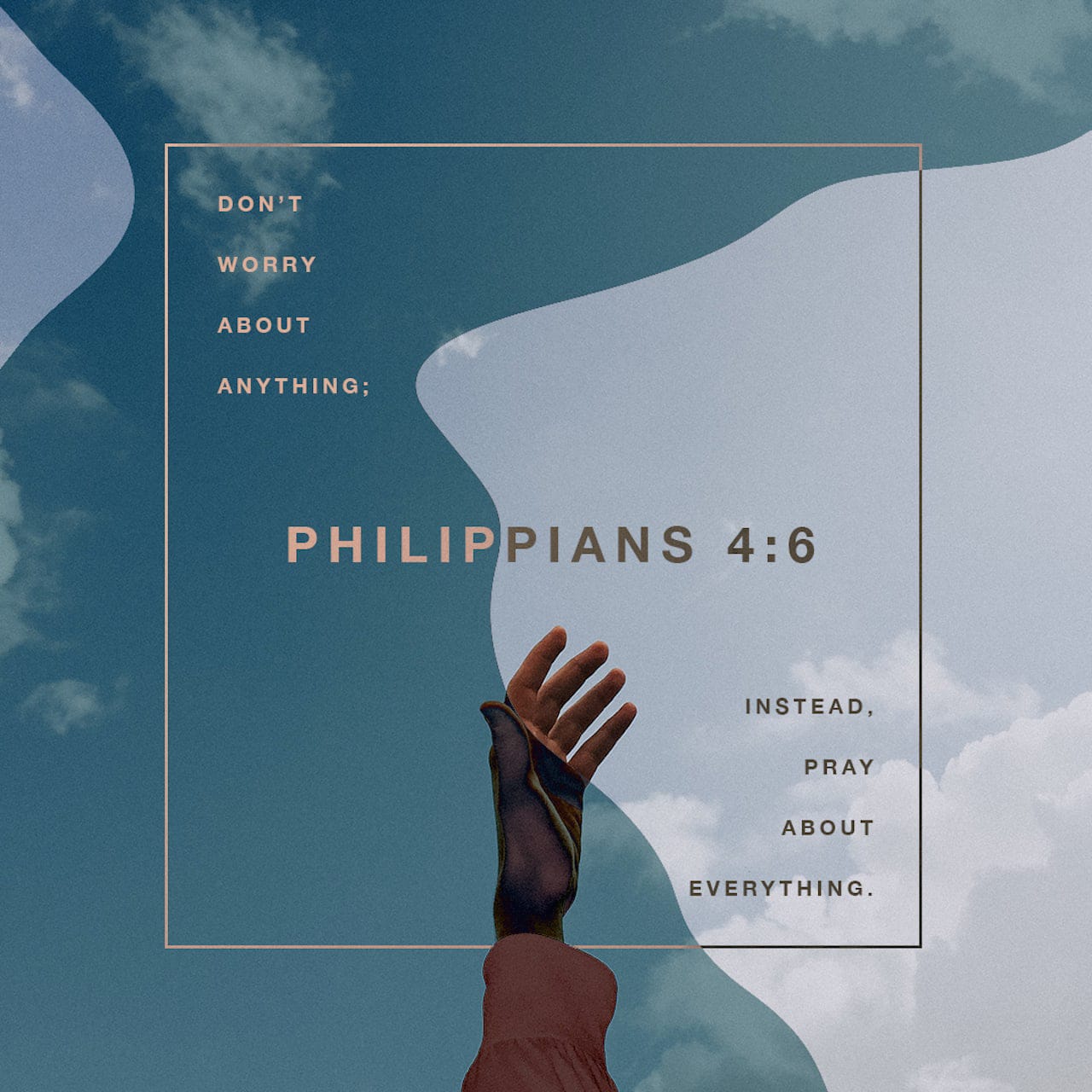 Philippians 4:6 Be anxious for nothing, but in everything by prayer and supplication with thanksgiving let your requests be made known to God. | New American Standard Bible (NASB) | Download The Bible App Now

Be anxious for nothing, but in everything by prayer and supplication with thanksgiving let your requests be made known to God.
www.bible.com
​ 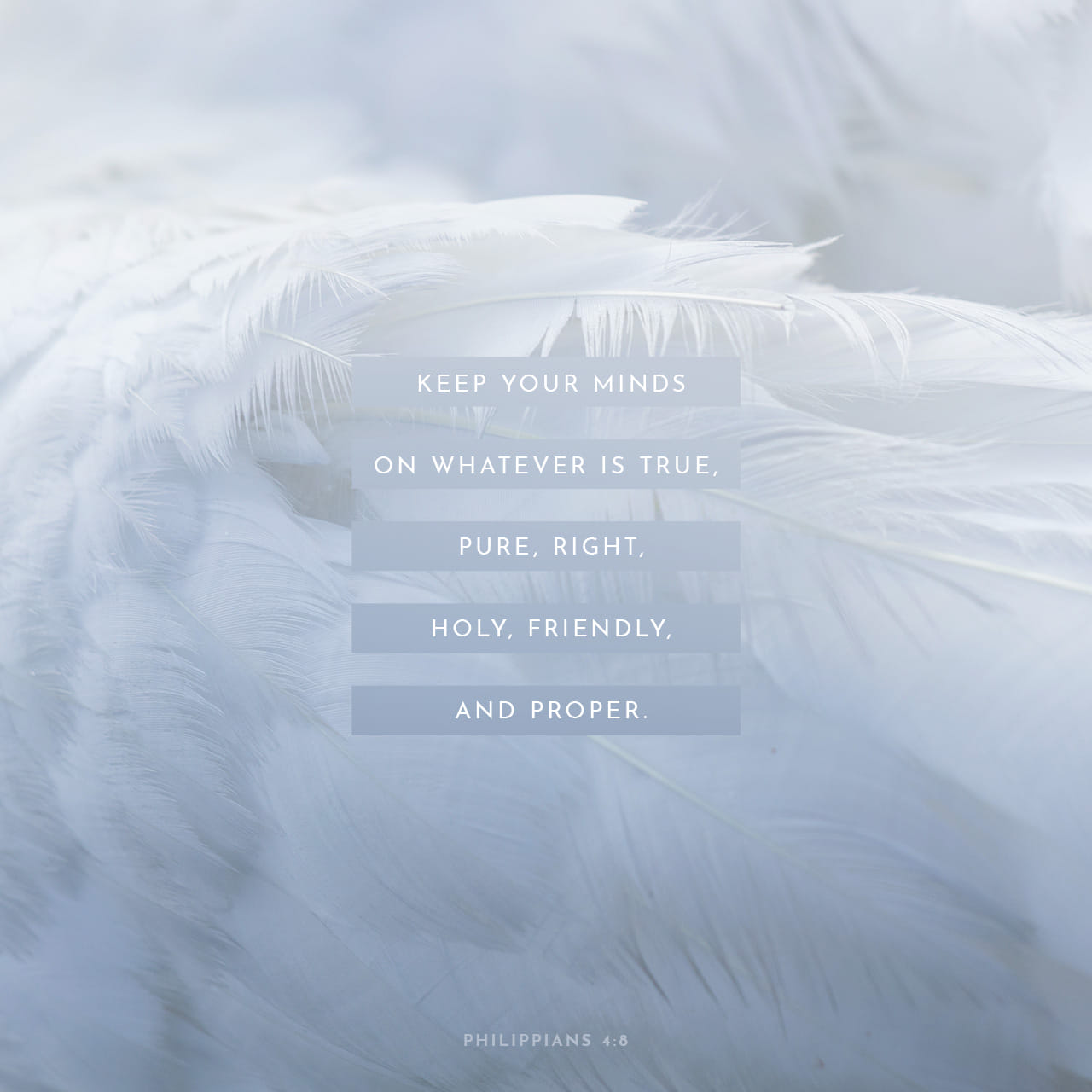