Aero said:
Well people here aren't down with Satanism and most cult stuff. So why would I think this is a first amendment safe haven? Ok I wouldn't call it the opposite of a free speech safe haven. But don't try to tell me people here are making free speech a top priority.
Click to expand...

for the thread posters: who else here believes this is a huge first amendment issue?

why would people be so up in arms, you ask? the confederate aspect to this is a VERY minor detail, as are how people perceive statues and memorials. not sure why you think thats a significant point. but this is where free speech starts unraveling-- when some people find things "offensive" and require them to be banned because they dont agree with it. this leads to hate speech laws, hate crimes, and then everything is hate speech and a hate crime.
all harmless speech is 100% protected. that is what is being tested right now.

Aero said:
I shall refer to Colgate on those last questions. I think it was he who brought up that the act of making a statue is idolization. But I'm starting to wonder about other forms of art. A painting fits into that category too.

Unless you are a psychic, which probably a lot of people are. You aren't going to learn anything from a Statue. Unless someone is there to teach you about it, but if they are. Why do you need the stupid statue? You don't right. It's either there for aesthetics or to be worshiped.

I never said people can't have statues for aesthetics. I find them to be dull, but that's not the point at all. The point is it's unhealthy to have unrealistic expectations of people. It's unhealthy not to teach people the whole truth.
Click to expand... 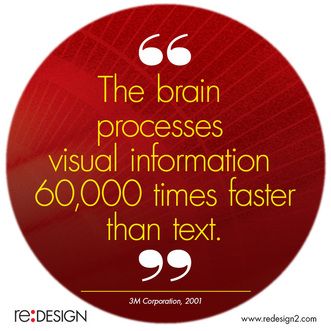 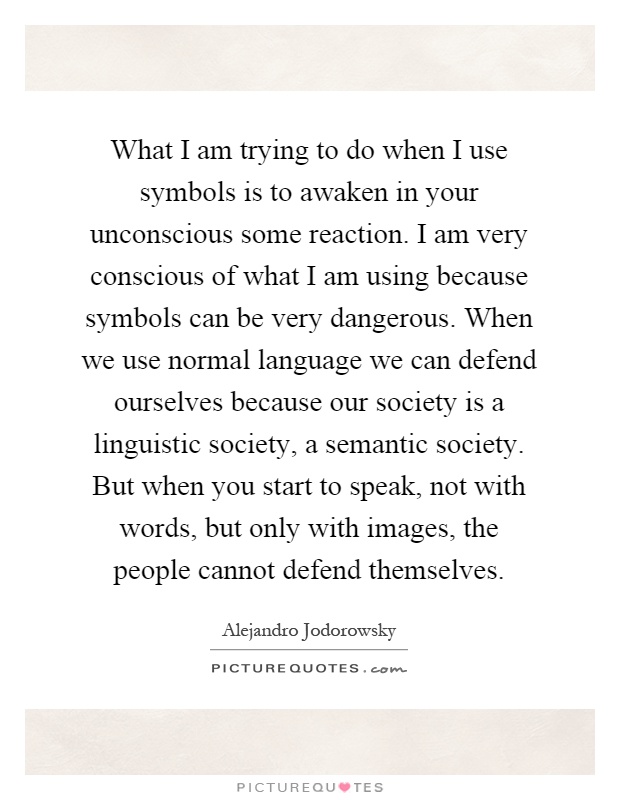 http://www.unz.com/ishamir/the-pink-revolution-and-how-to-beat-it/
Excerpt:
"The Great American Colour Revolution marches on. The script is very similar to the ones they have used overseas. Usually it includes toppled monuments. The pro-American forces toppled monuments to Saddam Hussein in Baghdad, to Felix Dzerzhinsky in Moscow, to Vladimir Lenin in Kiev, to the Russian soldier-liberator in Tallinn and Warsaw. And now the trend came back home to America like a boomerang, with toppling Confederate statues.

This is not meaningless vandalism, but a symbolic declaration of victory. The victorious side topples the monuments of the defeated. And the defeated spitefully grumble, but can’t do anything. However, watch their hands: everywhere and every time, the colour revolutionaries choose some dated memorials of little importance to the majority. This is a difference with real revolutions, where actual symbols of power go down."

lets break that down.

the saddam hussein statue was taken down by americans. he was a complete dictator of the country, and his removal was probably very popular. its safe to assume that the majority of iraqis wanted that down. after this american "regime change" took place, looking back 10+ years now, i wonder how many iraqis are better off and how many were better off then. check out this article: http://www.al-monitor.com/pulse/en/originals/2016/02/iraq-miss-saddam-hussein-rule.html
not saying saddam was an angel, but it appears that life was better with him than with american tampering and destabilization in iraq. with that in mind, id bet that iraqis would think twice about having the US soldiers topple the statue.

the lenin monument was taken down by a small faction. 69% of the people in kiev did not want that done.PRESS-RELEASE “ATTITUDE OF RESIDENTS OF Kyiv TO REMOVAL OF LENIN’S MONUMENT” In the period from 10 to 14 of December 2013 the company Research & Branding Group

felix dzerhinsky was the leader of what would eventually become the NKVD in the soviet union-- the soviet secret police. regardless of how i feel about bolshevism (its not positive) and the paranoid atmosphere it led to under stalins regime in the late 30s, we have this from wikipedia:

The figure of Dzerzhinsky remains controversial in Russian society. Between 1999 and 2013 six proposals called for the return of the statue to its plinth. The Monument Art Commission of the Moscow City Duma rejected the proposals due to concerns that the proposed return would cause "unnecessary tension" in society.[32] According to a December 2013 VTsIOM poll, 45% of Russians favor the restoration of the statue to the Lubyanka Square, with 25% unconditionally opposing it.[33] The statue remained in a yard for old Soviet memorials at the Central House of Artists.


In April 2012 the Moscow authorities stated that they would renovate the "Iron Felix" monument in full and put the statue on a list of monuments to be renovated, as well as officially designating it an object of cultural heritage.[34]


Other statues
A smaller bust of Dzerzhinsky in the courtyard of the Moscow police headquarters at Petrovka 38 was restored in November 2005 (police officers had removed this bust on 22 August 1991).[35]

bottom line:
its NOT such a clear cut case of people universally wanting these statues removed. in the dzerhinsky case, it should be left up as a reminder and a warning against a situation like that happening again. thats precisely the reasoning why the holocaust concentration camps were left intact and not bulldozed and destroyed. 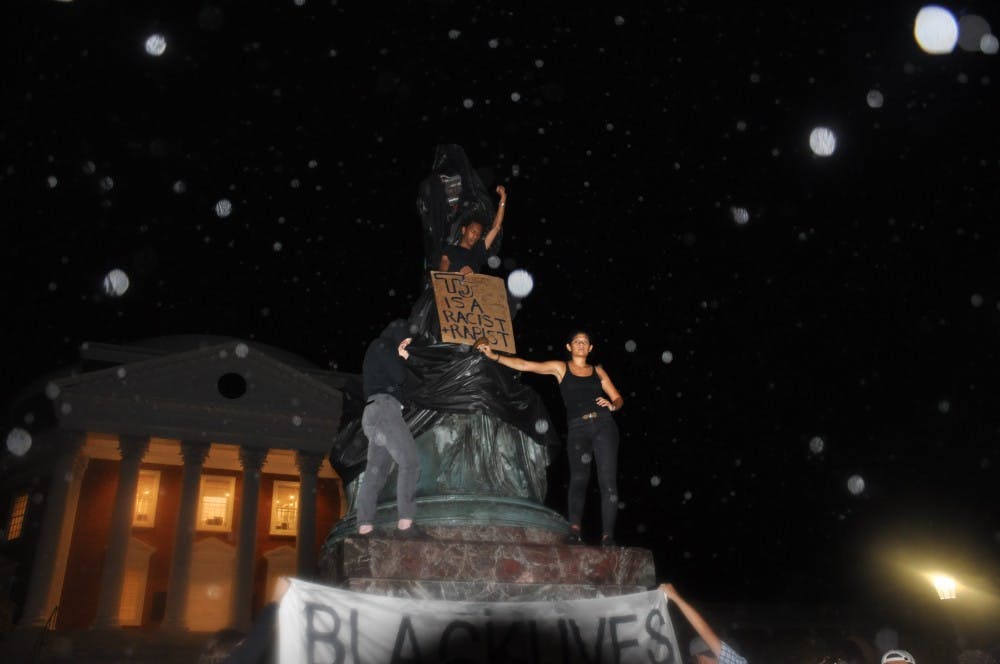 Sullivan denounced the shrouding of the Jefferson statue on the north side of the Rotunda Tuesday night. 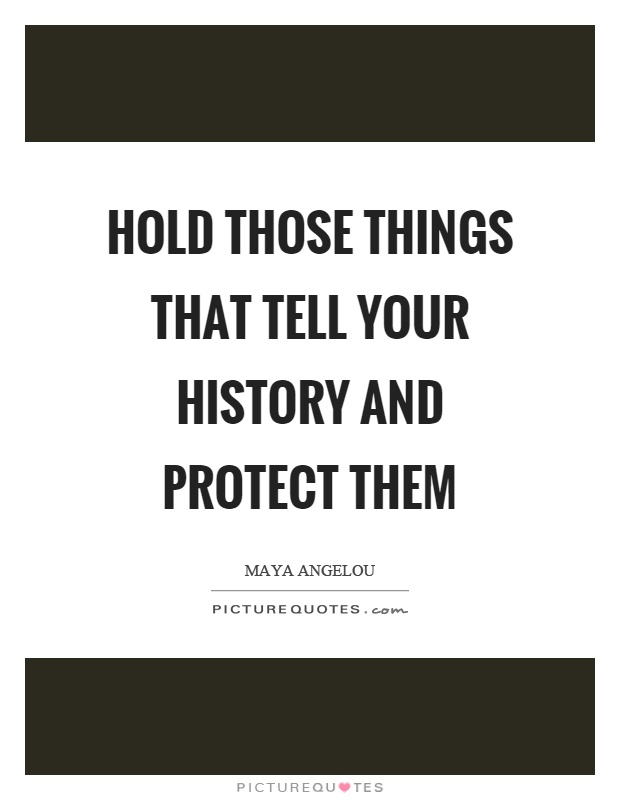 No to Austin, Yes to Barack Obama Elementary: What America is doing to itself with renaming frenzy
https://www.rt.com/usa/434966-america-rewriting-history-renaming/

Etagloc said:
The South is full of racism. You've probably never even been to the South. If you grew up there like I did, then you know what I'm talking about. If you haven't been there, you don't know.
Click to expand...

Please do tell, because I've seen nothing like you describe.

found this on the splc website. this was under "hate watch". "hate" being anything the splc thinks is 'hate'.
this is good news, until the democrats try to change the law so they can erase history.

After Judge’s Ruling, Charlottesville May Be Stuck With Statues of Confederate Generals Lee, Jackson

Charlottesville Circuit Judge Richard E. Moore determined April 25 that the likenesses of Generals Robert E. Lee and Thomas “Stonewall” Jackson match the description of “memorials for war veterans” as defined by a 1950s law. The regulation states that a “locality may … permit the erection of monuments of such war of conflict to include … Confederate or Union monuments or memorials of the War Between the States (1861-1865).”
That same Virginia state law bars the removal of such monuments. Moore noted that over the years, city officials and the city’s Blue Ribbon Commission on Race, Memorials and Public Spaces referred to them as “existing Confederate statues,” “the two large Confederate monuments in Lee and Jackson Parks” and “memorials.”

Based on the history of the monuments, “it is hard to see” how both statues serve any primary purpose but to honor the two generals in the Civil War, the battles in which they saw action and what they stood for, Moore wrote.
“They are what they obviously are, and I am just calling them what they in fact are,” Moore wrote.

Monument to OC’s Civil War veteran founders gets vandalized, may be taken down

Vandalize them all I say, and any statues to Kit Carson while we’re at it.