to the new Little Mermaid

kerrichinchilla said:
Are you comparing black/white face to dying hair or wearing a wig???
Click to expand...

Im saying that there are legitimate isues regarding these kinds of agenda power plays... but this one seems like a stretch to me.
T

Upcoming movie "Bros".
Doesnt seems so much a movie as blatant propaganda. As fas as I could tell 99% of the adult characters in this movie were part of the rainbow group. The world as they imagine it.

"Do you guys remember straight people?"
"Yeah, they had a good run."

so I watched the new Hocus Pocus. Ill admit the first one is a guilty pleasure/Halloween tradition. I watched it with trepidation, disney are well into the woke smog and sequels have a habit of ruining the original.

Spoiler for those who dont want to know

1/The first film - never made witches out to be good. From the first few minutes we know the witches are evil. They eat children's souls and the protagonists need to get rid of them for humanity.

The second film - totally flips this. Suddenly the witches have a backstory that shows them as abused, misunderstood kids forced into social norms of the time (Winifred is being pushed into marrying a man as a 16 year old). They are the victims. A witch gives them a book which helps them escape these social pressures. They suddenly have power.

When they end up back int he present they are viewed as semi hero's. No longer are they a scary story to tell children on Halloween but some sort of heros to emulate. Kids want pictures with them. people dress up as them not as evil witches but because they want to be them.

2/ first film - The protagonists are a white boy whose sister is killed by the sisters in the 16th century and a white boy and his sister, plus a girlfriend in the modern age. Non are witches, have powers or even cool. In fact, the modern boy is bullied. They are the good guys that have to fight satanic witches.

The second film - the main protagonists are three girls, one black, one in the middle and a white girl and the white girls idiotic boyfriend (like beyond idiotic) there are no bullies, the boy doesn't even know he was being rude. The lead girl is later discovered to be a natural witch when she turns 16. Her birthday being Halloween. suddenly being a witch is good, its something amazing. Everyone thinks she is amazing. All three girls enjoy doing witchcraft since children and this is pointed out throughout the movie. The main story seems to be witchcraft is amazing and totally fun. The sisters live for each other and the three friends from the present find witchcraft is a bonding experience and people just dont understand how bonding it is.

3/First movie - Throughout the movie its about kids being kids, messing about who end up igniting a candle that brings witches back. Families go trick or treating, adults go to a party or house parties. Everything is just family fun. The only evil is the Sanderson sisters who the kids go out to destroy. Wholesome but spooky. And yes there are some 'adult ' jokes only the adult would understand but are pretty innocent and would go over the head of kids. So fun for all the family. For example, Winifred asks a coach driver ''we desire children,' meaning to catch and eat but the bus driver says ''ell it might take me a couple of tries but ill give it a go'' pretty innocent but a bit of fun.

The main thing about this second movie is the sisters are no longer evil. They are now fun, something to copy. Which the young girls do by the end. People want to be the witches when in the last movie they were something to worry about. Its all about kids look how cool it is to do witch craft. Its also worth noting all the white men are stupid. Like full on idiots even the white mayor who is so childlike its almost insulting. There are two white men and both are idiots. This really stood out.

Its worth mentioning during the premier I found Bettys clothes fascinating.

TempestOfTempo said:
She looks pretty neutral to me. Its going to be difficult to find an actress with jet black hair, "snow white skin" and brown eyes. I get the re-imagining of these things and how problematic it can be... but imo that cartoon image is pretty open for interpretation and seems like a strange issue to flex on.
Click to expand...

That's literally the physical description of Anne Hathaway. I'm sure there's plenty of younger actresses with similar look. It's not as rare as people think.

has anyone seen the new dahmer show? 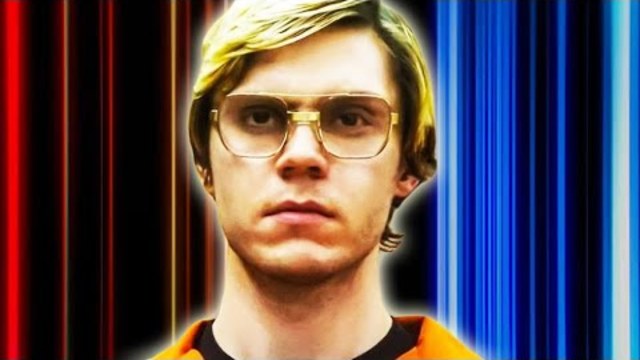 dandelion25 said:
That's literally the physical description of Anne Hathaway. I'm sure there's plenty of younger actresses with similar look. It's not as rare as people think.
Click to expand...

Jessica Alba could have rocked Snow White, but the incels already threw a fit when she was cast as Susan Storm so doubtful there is much hope on this front...
S

polymoog said:
has anyone seen the new dahmer show?

Nobody should watch whatever rubbish netflix produces or has in its platform.

sandonthebeach said:
Nobody should watch whatever rubbish netflix produces or has in its platform.
Click to expand...

ToxicFemininitySucks said:
Upcoming movie "Bros".
Doesnt seems so much a movie as blatant propaganda. As fas as I could tell 99% of the adult characters in this movie were part of the rainbow group. The world as they imagine it.

"Do you guys remember straight people?"
"Yeah, they had a good run."

Its getting on my nerves now. Why the world has suddenly changed so much. I shudder everytime I see these people. Its nauseating. Yes I'm a homophobe. Call me that. 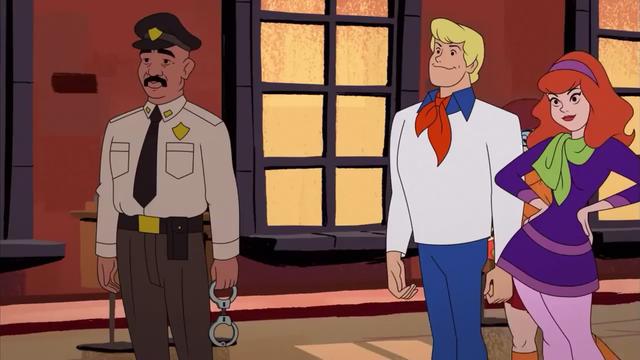 velma is now gay in the new scooby doo movie. 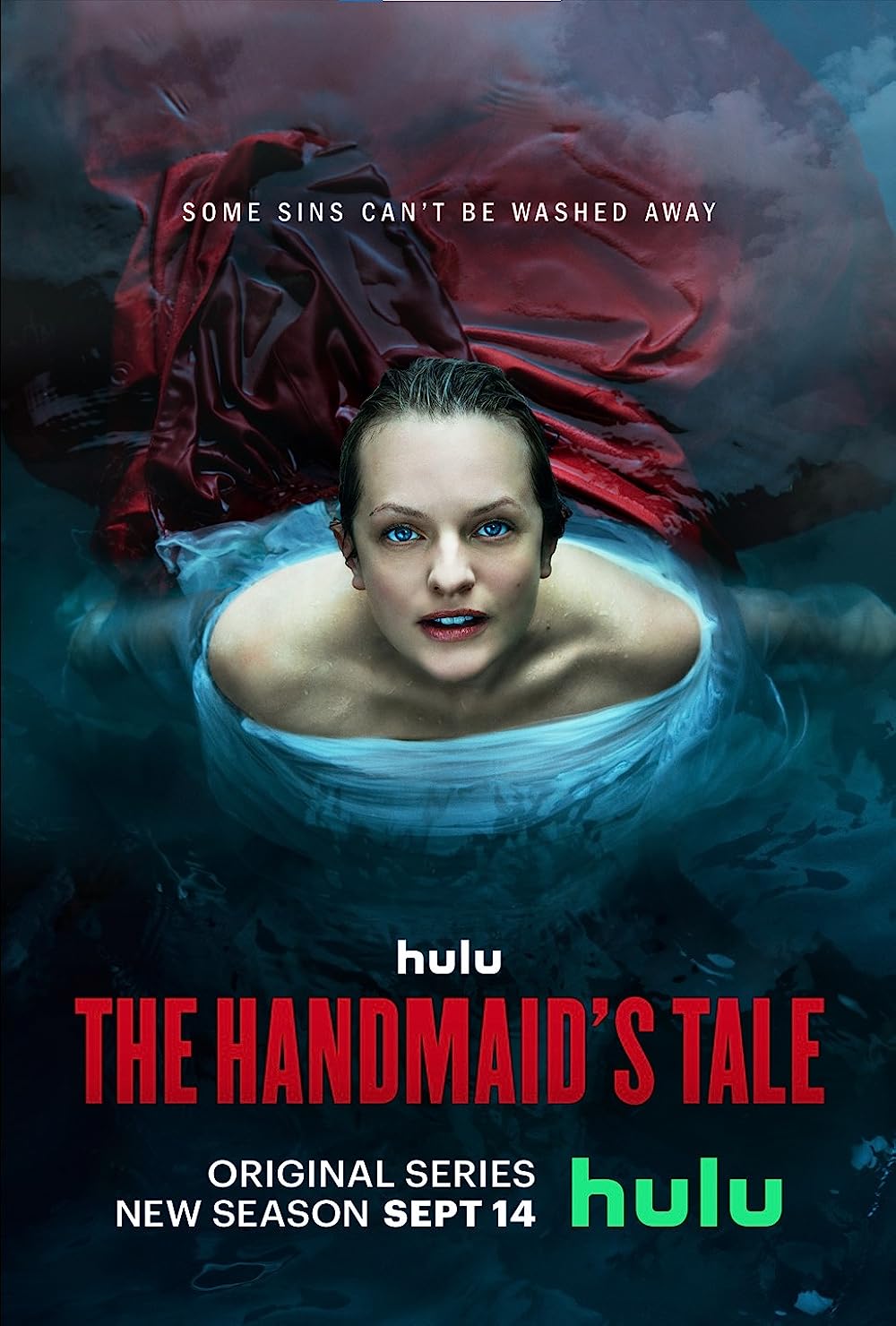 The Handmaid's Tale: Created by Bruce Miller. With Elisabeth Moss, Yvonne Strahovski, Ann Dowd, O-T Fagbenle. Set in a dystopian future, a woman is forced to live as a concubine under a fundamentalist theocratic dictatorship.

although very well directed, this is THE most woke show i have watched. the first few episodes are good... then its downhill fast. the show is a liberal dystopia/near futuristic nightmare where hard core christian men take over the US, turning back the clock on feminism 500 years. its really blatant...im not even christian but i was extremely offended for christians.

-christian men basically enslave the women, not allowing them to read nor write. the men control the entire country.
- gays, trans people, etc. all who could, fled the US and went to canada to seek asylum.
- the christians in the US label gays/lesbians as "gender traitors".
- the men suppress all other religions- there was an episode where a muslim had to hide his faith and the koran out of fear of being persecuted. (meanwhile in the real world, gays ARE thrown off of buildings in extremist muslim states, and i doubt they have tolerance for non-muslims there.)
- lots of overt interracial/gay relationships. interracial for the interracial-ness of it all.
- the christian men that run the US are 99% white of course (i saw one black guy in the big meeting).
- total knee jerk reaction to trumps election. that screaming lesbian saying "nooooooooo!" comes to mind.
- the conservative christians basically outlawed fun sex and turned it into this 'proper' sterile procedure.

there are a bunch of other points i will add later-- it was so over the top that i took notes while watching it.

the shows main message is, "this is what happens when the conservatives take over the united states."

woke level: 10/10
worth watching only to be flabbergasted at how woke it is.
Click to expand...

I'm not sure why you're offended. If christian extremism overtakes democracy, they WILL do everything in their power to strip women of their human rights.

polymoog said:
has anyone seen the new dahmer show? 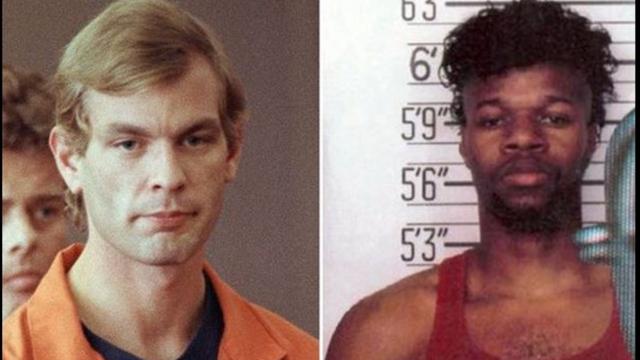 WHY WE HAVE NO CONTROL OF ANYTHING THAT'S GOING ON IN THIS WORLD "New" MAG BITTER TRUTH PODCAST Anchor FM: https://anchor.fm/mag-bitter-truth/episodes/WHY-WE-HAVE-NO-CONTROL-OF-ANYTHING-THATS-GOING-ON-IN-THIS-WORLD-e1omdqd

Celestree said:
If christian extremism overtakes democracy, they WILL do everything in their power to strip women of their human rights.
Click to expand...

i think you are confusing christianity with extremist islam.

So I was watching Arcane and of course, the same-sex subtext had to come in for no apparent reason. And then I decided I didn’t have to watch the show anymore…
Last edited: Oct 11, 2022

polymoog said:
i think you are confusing christianity with extremist islam.
Click to expand...

kerrichinchilla said:
Both have a history and present where they enjoy treating women as subhuman
Click to expand...

It's not Islam it's the people

Monster High The Movie. Adding pronouns into kids minds and teaching them to introduce themselves with them. And witchcraft in fun and cool.

sadtruth said:
It's not Islam it's the people
Click to expand...