No mention whatsoever regarding 5G and it's detrimental health effects on humans, animals and the environment. Their only concerns are better cell service and less unsightly large cell towers. Sad. 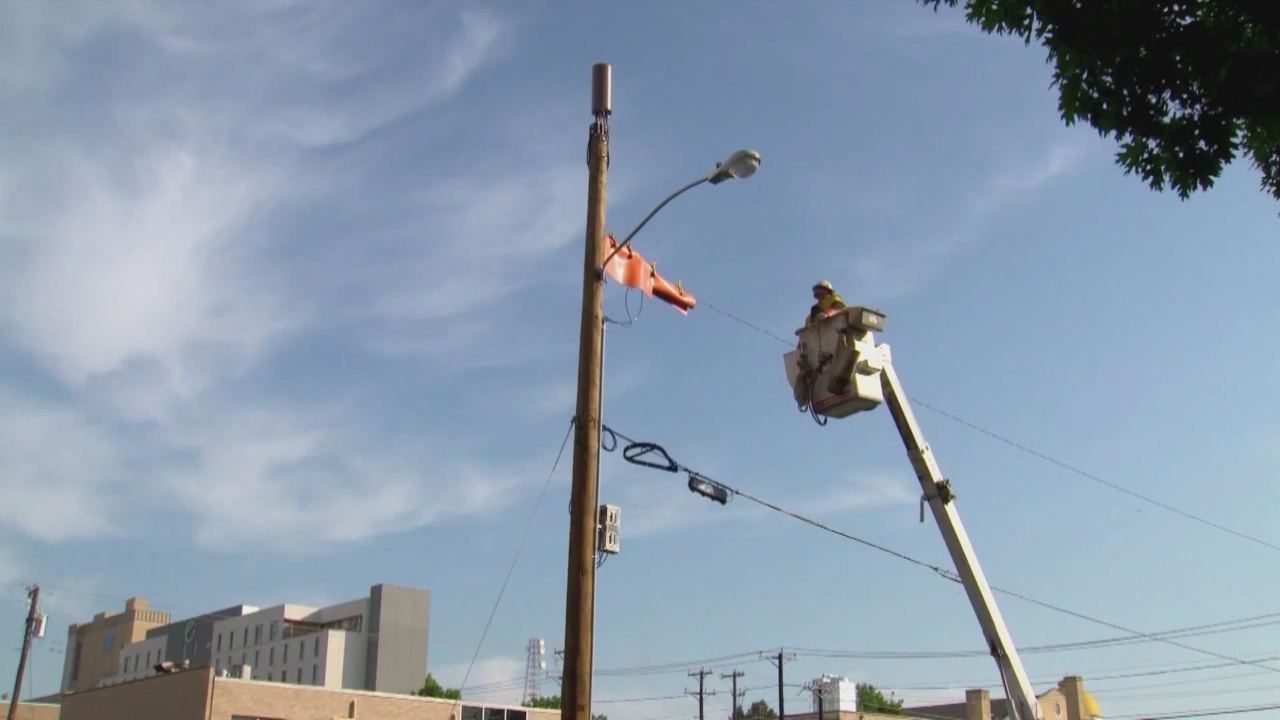 The days of those huge, unsightly cell phone towers popping up in neighborhoods could soon be a thing of the past. Albuquerque city councilors are pushing to bring in new, more discreet techno…

Frank Badfinger said:
No mention whatsoever regarding 5G and it's detrimental health effects on humans, animals and the environment. Their only concerns are better cell service and less unsightly large cell towers. Sad.

The days of those huge, unsightly cell phone towers popping up in neighborhoods could soon be a thing of the past. Albuquerque city councilors are pushing to bring in new, more discreet techno… 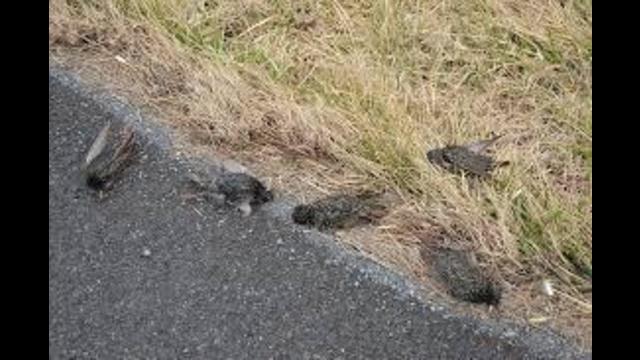 If You Care About Animals You Should Watch This

Yeah there's all sorts of electromagnetic radiation out there, here's a news snippet from last year when a bunch of birds were zapped by something; it was near a big military airbase in Wales where there are powerful radars and beacons and things that might have had something to do with it- 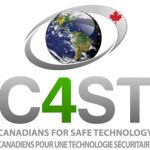 c4st.org
If recent events have shown us anything, it is that our health is what matters most, late responses to early warnings of potential harm are costly ... and we need the Internet!

The telecommunications industry is rushing to deploy 5G across Canada, with no prior health and environmental impact assessment, without fully understanding the economic consequences, and without informed consent.

Full 5G rollout will require the installation of hundreds of thousands 1 of new antennas throughout the country on cell towers, hydro poles, lamp posts, buildings and other structures, often within a few metres of where we live and work.

RF radiation is scientifically demonstrated to cause or contribute to numerous health effects, including cancers, sperm damage, reproductive harms, learning and memory deficits, and neurodegenerative, cellular and genetic damage.

We rely on the government to ensure our safety. To date, Health Canada and other Ministries have let us down.

We urge Canadians to appeal to the Government of Canada to "look before we leap," to immediately suspend any further 5G rollout, and to press for a safer, more cost-effective and secure alternative — namely fibre optic and wired connections to every home and business.

Article- SPERM COUNT ZERO​
A strange thing has happened to men over the past few decades: We’ve become increasingly infertile, so much so that within a generation we may lose the ability to reproduce entirely. What’s causing this mysterious drop in sperm counts—and is there any way to reverse it before it’s too late?

What Happens If We Hit Sperm Count Zero?

A strange thing has happened to men over the past few decades: We've become increasingly infertile, so much so that within a generation we may lose the ability to reproduce entirely.

AIRCRAFT WRITES IN THE SKY, "SURRENDER 5G SKEPTICS" THIS IS WEIRD!!

someone spent a lot of money to advertise that for such a brief message. i suppose the company who does the skywriting could be contacted and asked who the party was which paid for it.

polymoog said:
someone spent a lot of money to advertise that for such a brief message. i suppose the company who does the skywriting could be contacted and asked who the party was which paid for it.
Click to expand...

If that footage is legit and not some CGI shit, that ain't no jet doing those manoeuvres, not a chance.

SPACEX – 5G – Earth in Microwave Oven – Satellites – Frequencies from 10.7 GHz to 86 GHz – Directed Energy Weapons – Palpitations – Abnormality of the Heartbeat
ON MAY 26, SPACEX FILED an application with the Federal Communications Commission for 30,000 “next-generation” (“Gen2”) satellites. They should orbit at between 328 km (203 miles) and 614 km (380 miles) in altitude. They should use frequencies from 10.7 GHz to 86 GHz. They should aim focused beams that can cover the Earth in a mosaic of overlapping cells, each cell being about 8 kilometers in diameter (5G Apocalypse – The Extinction Event). Wake up people!

The databases filed with the FCC by SpaceX indicate that 40,700 1-MHz channels are available to each satellite, and that a minimum of 7.8125 MHz of spectrum is needed for each user, if it’s counted them correctly. Which means the Gen2 Starlink satellites could be capable of serving up to 150 million Internet users at the same time. (Project BlueBeam – Directed Energy Weapons, Holograms in the Sky, 5G Satellites, LRAD – Medusa)

This is not a good thing

Arthur Firstenberg requested to hear from people who have been having heart palpitations since April 22. With its launch of 60 more satellites on April 22, SpaceX brought the number of its “first generation” (“Gen1”) satellites up to 420, which is the number it had previously announced it needed for “minor” coverage of the mid-latitudes to about 56 degrees north and south. The responses to my request have come from far and wide, and I find them extremely disturbing. Here are some of them: “I had a horrible bout of palpitations one evening while upstairs,” wrote Julie from Bulgaria. “I keep a journal and had recorded it, as I felt as though I was going to pass out or worse!

Full article and testimony of people who experienced heart issues after April 23rd.

“5G: Health Risks, Surveillance and BioWeaponry” is the presentation given by Lena P at the September 19 , 2019 meeting of the Silicon Valley Health Institute in Palo Alto, CA. 5G, also known…
5g-emf.com

About 6(?) years ago there was a small news item in the Brit press saying that nearly all of a dozen(?) Antarctic albatrosses that scientists had fitted with small tracking transmitters round their neck had disappeared without trace and nobody knows why.
So I emailed a bird-spotting organisation and suggested that perhaps the radio waves had messed up the birds homing instinct, making them unable to navigate back to their nests, but they pooh-poohed the idea and fobbed me off.
Well, they wouldn't admit it would they?.. One municipal council has agreed to conduct a safety investigation because of this.

I read a Readers Digest article some years ago in which the staff at a US embassy or Consulate in a European city behind the iron curtain kept suffering from weakness and tiredness.
It turned out that the Russians had set up some kind of high-power radio/microwave transmitter in a nearby building and were beaming it at the American building as an experiment to see what effect it had on the staff.

PS- another account concerning the effect on humans was in an "unexplained mysteries" magazine some years ago in which a British ex-Special Forces soldier was interviewed.
He says that he and his squad were on a night march across part of Salisbury Plain, and they all suddenly became dizzy and disoriented in a dreamlike state.
He vaguely remembers being approached by figures, one of whom said something like "damned British" in an American accent.
He and his squad later regained their senses and continued the march.
Perhaps they'd accidentally stumbled into an area where the Americans were testing a new "beam energy" weapon or something, or perhaps the yanks had deliberately targeted them as an experiment.

EVERYTHING YOU HAVE BEEN TOLD IS A LIE AND A FRAUD. JOE IMBRIANO IS THE FULLERTON INFORMER AND BECAUSE YOU HAVE THE RIGHT TO KNOW, WE DARE TO PUSH THE ENVELOPE.

True story-
about 25 years ago when I lived in Leicester, one of my neighbours was a youngish chap, easy to get on with but sadly suffering from schizophrenia, for example we'd see him walking down the street then suddenly lay down on the pavement for a while because presumably "the voices" told him to.
Once I bumped into him in town, he was squatting down with his back against Woolworths, looking at something in his hand.
i went over to say hello and saw that it was a small gadget with a dial, and the needle was flicking all over it.
"It's a radio wave detector" he said, "so that I can tell when they're beaming harmful rays at me".
"Who?" I asked, and he replied that he didn't know, so I said- "Well that's the town hall just up Horsefair Street there, so perhaps the left-wing council are the culprits".
He thanked me for the suggestion and we parted on good terms.

Dunno if I've already posted this, but I was reading a true war book a while back and one chap said that when he and his mates were doing sentry duty on British airfields in WW2 on cold nights, they soon learned that there were "hot spots" where the radar warmed the ground so they tended to linger there to stay warm.. Within weeks of turning on 5G nationwide and giving away free phones, T-Mobile warned about product liability, but new announcements continue.