Spirituality is a way of living truth.

Posting this as Lindsay has always been one of my childhood TV heroes. Not only at 72 does she still have her model looks, her personality and likeability factor is always present whenever she's in front of the camera. Perhaps because of what she knows and how she lives:


It's simply a normal human curiosity that there might be something out there that can't be detected by our human senses..
If we stop thinking along those lines we become little more than dumb unthinking animals-

"Ungodly...These men blaspheme in matters they do not understand. They are like brute beasts, creatures of instinct, born only to be caught and destroyed.." (2 Peter 2:12)


It's simply a normal human curiosity that there might be something out there that can't be detected by our human senses..
If we stop thinking along those lines we become little more than dumb unthinking animals-
Click to expand...

Spirituality is waking up and realising you ain’t shit but you’re not giving up on yourself. It is the seed within that can be a revolution and evolution of your inner being.

TruthExposer said:
Spirituality is a way of living truth.
Click to expand...

Jesus's young cousin John (below) was deeply spiriritual, living rough in the wilderness and sometimes going in town to yell insults at the snooty priests and corrupt rulers. Jesus's verdict on him?-
"John is the greatest man ever to be born" (Matt 11:11) 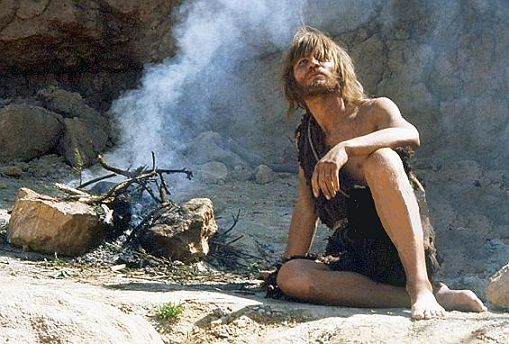 Red Sky at Morning said:
There is a God (and it’s not you!)

Interesting, however, the girl's account has nothing to do with spirituality. From what I listened to, she talks of how she was a drug user and into "New Age", which is antithetical to Jesus and spirituality.

Orwell's mentor said:
Interesting, however, the girl's account has nothing to do with spirituality. From what I listened to, she talks of how she was a drug user and into "New Age", which is antithetical to Jesus and spirituality.
Click to expand...

I listened to it with interest because someone I care about is part way through her story. What interested me was that she went into nihilism and scientific materialism first (Albert Camus etc, Christopher Hitchins etc) then she started exploring LSD and had a “spiritual” experience. The spirituality she embraced was the idea that we were all “part of god” and we’re ourselves gods. Eventually, she reached a milestone in her thinking when she realised there was a God, and it wasn’t her!

It's extraordinary to see my "people" mentioned in this. If only I had asked more questions when I was a kid. However, it's good I can research the info, I suppose:

Orwell's mentor said:
I realized that VC has this called this section “Religion and Spirituality”, however, I find spirituality is rarely discussed if not at all.
Click to expand...

I dunno man. Whenever spirituality gets discussed (in my experience) it ceases to be spiritual.

The journey is very personal. Discussion halts that journey.

I think these are excellent words to live by:

This book isn't new, but I think it goes in the, "oldie but a goodie" category. The first video gives a good summary of what the Four Agreements are:

As the title states, the second one is a little over 30 minutes and has a more detailed explanation:

"The Four Agreements are as follows:​
​
Agreement 1: Be Impeccable With Your Word​
Ruiz states that while this agreement is the most important, it is the most difficult one to honor.[7] For this agreement, Ruiz first analyzes the word "impeccable". The word impeccable comes from the Latin word peccatus meaning "sin", and the "im" in the beginning of impeccable is the Latin prefix that means "without". Ruiz describes a sin to be anything that goes against oneself, and therefore being impeccable with language means to take responsibility for one's actions and remain without judgment against oneself and others.[8] In essence, this agreement focuses on the significance of speaking with integrity and carefully choosing words before saying them aloud.[9]​
​
Agreement 2: Don't Take Anything Personally​
The second agreement provides readers with a way to deal with hurtful treatment from others that they may experience in life. It advocates the importance of having a strong sense of self and not needing to rely on the opinions of others in order to be content and satisfied with their self-image. This agreement also allows readers to understand the notion that each individual has a unique worldview that alters their own perceptions, and that the actions and beliefs of a person is a projection of their own personal reality.[1] Ruiz believes that anger, jealousy, envy, and even sadness can lessen or dissipate once an individual stops taking things personally.[8]​
​
Agreement 3: Don't Make Assumptions​
The third agreement describes the issue of making assumptions, how it leads to suffering, and why individuals should not partake in making them. When one assumes what others are thinking, it can create stress and interpersonal conflict because the person believes their assumption is a representation of the truth.[10] Ruiz believes that a solution to overcoming the act of making an assumption is to ask questions and ensure that the communication is clear between the persons involved.[9] Individuals can avoid misunderstandings, sadness, and drama by not making assumptions.[1]​
​
Agreement 4: Always Do Your Best​
The fourth agreement allows readers to have better insight into achieving progress towards their goals in life. This agreement entails integrating the first three agreements into daily life and also living to one's full potential.[8] It involves doing the best that one can individually manage, which varies from the different situations and circumstances that the individual may encounter. Ruiz believes that if one does their best in any given moment, they will be able to avoid self-judgment and regret.[10] By incorporating the first three agreements and doing the best they can in all facets of life, individuals will be able to live a life free from sorrow and self-ridicule.[10]"​
(source)

Fall being my favourite season, only a few more weeks for the leaves to be left on the trees: 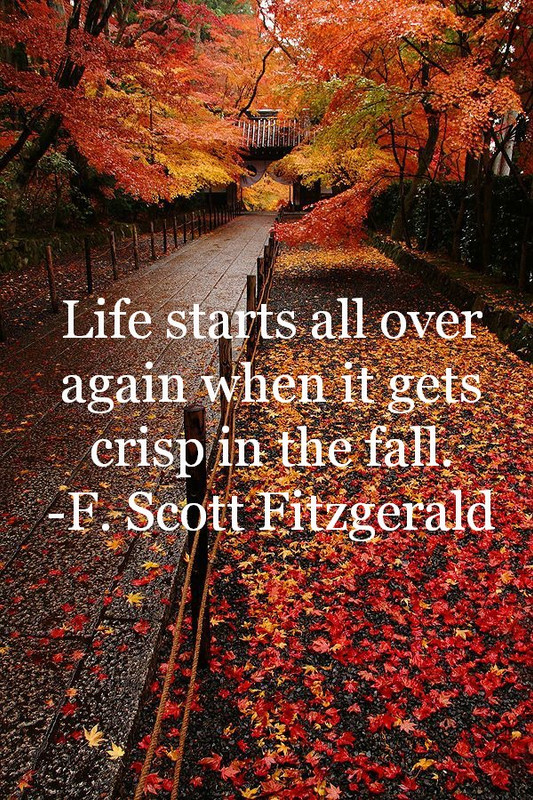 Sharing a blog that I think gives an inspirational way to look at the changing of seasons:


"UNDERSTANDING SPIRITUAL SEASONS​
- Personal Growth​
​
The very first time someone told me that the situation I was going through was “just a season,” I was convinced they had no clue! How could what I was feeling be just a season? The more I sought God and grew in spiritual maturity, I came to realize that they were right - that season had been "just a season." What if we approached life from a perspective of understanding that each season would teach us lessons on strength, endurance, growth, faith, and trust? Would we conduct ourselves differently?​
​
That “thing” you are currently facing whether it is struggles in your marriage, friendships, or relationships with kids, I'm here to tell you that it is just a season. The question is, how do we navigate those seasons?​
​
First we need a road map. We need to understand what is happening during a spiritual fall, winter, spring, and summer. Once we have a clear understanding of the spiritual seasons, we are then equipped to handle whatever life throws our way.​
​
God provides examples in the natural to help us understand our spiritual seasons. Our spiritual seasons typically mirror what we see in nature, however the timing of nature's seasons, when we go through our particular seasons and the length of our seasons don't always match.​
​
SPIRITUAL FALL​
If you look at nature this is typically a time of things falling away. This is when we see the temperature and leaves begin to change, which is how we know that fall is coming. Maybe God is calling some things to fall away in your life. What is He calling you to let go of?​
​
Nature provides a great example of how this should look in our life. Often times we want to hold on and not let go of things that could potentially cause problems in our next season. Spiritual fall is a good time for you to grow your trust in God.​
​
SPIRITUAL WINTER​
In the natural, when we think of winter we think of rest. This is typically a time when things are not growing or blooming outside. Animals are hibernating (resting), and if we are smart we should take a cue from nature when God calls us into a spiritual winter.​
​
We shouldn't resist the rest. Rather, we should welcome the opportunity to recharge! This is a good time to really hear from God on direction and next steps. Pray and journal during this season. Ideas typically will abound if you are getting proper rest during a spiritual winter.​
​
You may feel restless or unsure because it’s not the time to harvest or take action on the ideas, however you can be strategic about planning and getting yourself set up for a bountiful spring. Take him up on His graciousness and rest in Him.​
​
SPIRITUAL SPRING​
We all love the fresh feelings spring brings! There is just this new zest for life and an unstoppable feeling when we are in a spiritual spring. This is the time that we are planting those ideas that may have come to us during our winter and beginning to see the early stages of blossoms and warmth as our ideas begin to bloom, through our relationships and connections. We are seeing God work on our behalf in our spiritual spring. This is a season that we typically don’t have a hard time trusting Him.​
​
SPIRITUAL SUMMER​
Who doesn't love summer? This is a time in the natural that we typically mix work with play. I recently read an article that pointed out the contrast of the heat and coolness you experience during the summer. So although we are still diligently working, we should also be taking breaks so that we don’t overheat.​
​
How does this apply spiritually? This is the time to reap what you planted during your spiritual spring. It’s a time to continue to work, while making sure to build refreshment and relaxation in as well.​
​
This is also a time for us to get rid those “weeds" that may want to pop up and get us distracted. If we limit our distractions, a spiritual summer can be very good to us.​
​
I hope this helps you pinpoint what spiritual season you are currently in. I know that once I had a clear understanding of spiritual seasons I was able to give myself grace in each new season that God carried me through. I was also able to trust Him more and increase my faith as I saw Him work on my behalf in each season.​
​
How do you handle your spiritual fall and winters? How can you begin to trust God more during a spiritual winter or fall?​
​
I would love for you to come connect with me and other wives and moms who are looking to build community, grow in grace and support each other through each season in the Guilt-Free Girlfriends Group over on Facebook! So, come join us - it's free!"​
(source)