what happining in Palestine

Hundreds of Bahrainis protested on Friday against the normalization deal between their country and the occupation state. Protesters marched towards the Israeli embassy, raising Palestinian flags and chanting slogans in solidarity with Palestine before policemen cracked down on them.

Hundreds of Bahrainis protested on Friday against the normalization deal between their country and the occupation state. Protesters marched towards the Israeli embassy, raising Palestinian flags and chanting slogans in solidarity with Palestine before policemen cracked down on them.

An Israeli man was arrested in Dubai after selling large amounts of heroin, reported Israeli media.

Abu Dhabi (QNN)- An Israeli man was arrested in Dubai after selling large amounts of heroin, reported Israeli media. The Israeli man is set to have his first hearing on Sunday. He will be represented by Israeli attorneys. This is the first incident of its kind since the normalization deal...

Muslims are getting killed everywhere

Photos | Palestinians inspect the damage inside the Al-Yusufiya Cemetery in the old city of occupied #Jerusalem after it was damaged yesterday by the Israeli occupation forces.

American actress Susan Sarandson has taken an opportunity of the Indigenous Peoples' Day to raise global awareness of the suffering of the Palestinian people and their displacement from their land.

The Irish novelist Sally Rooney has decided not to sell the translation rights of her new novel "Beautiful World, Where Are You?" to an Israeli-based publishing house to translate it into Hebrew, in solidarity with Palestinian people and in support of the cultural boycott of 'Israel'.
#FreePalestine

Occupied Palestine (QNN)- A report by The Intercept revealed Facebook’s secret blacklist, upon which the social media giant depends in censoring content. The blacklist includes dozens of Palestinian figures and organizations and zero Israeli targets. On Facebook’s blacklist figures and terms...

Israeli Ynet News reported on Wednesday that Israeli soldiers had sexually and physically assaulted a Palestinian man during his arrest last month.

this is killing me

In a recent report, the Euro-Mediterranean Human Rights Monitor center stated that 97% of drinking water in the besieged Gaza Strip is unfit for human consumption.
#GazaUnderSiege

Gaza: Population 'slowly poisoned' by water unfit for human consumption
A quarter of the diseases spread in Gaza are caused by water pollution, data shows, while residents and farmers avoid water from tap or wells to stay healthy. Israel has been responsible for 91% of direct physical attacks on Palestinian journalists over the past five years, reveals a new report from the Palestinian Center for Development and Media Freedoms (MADA). 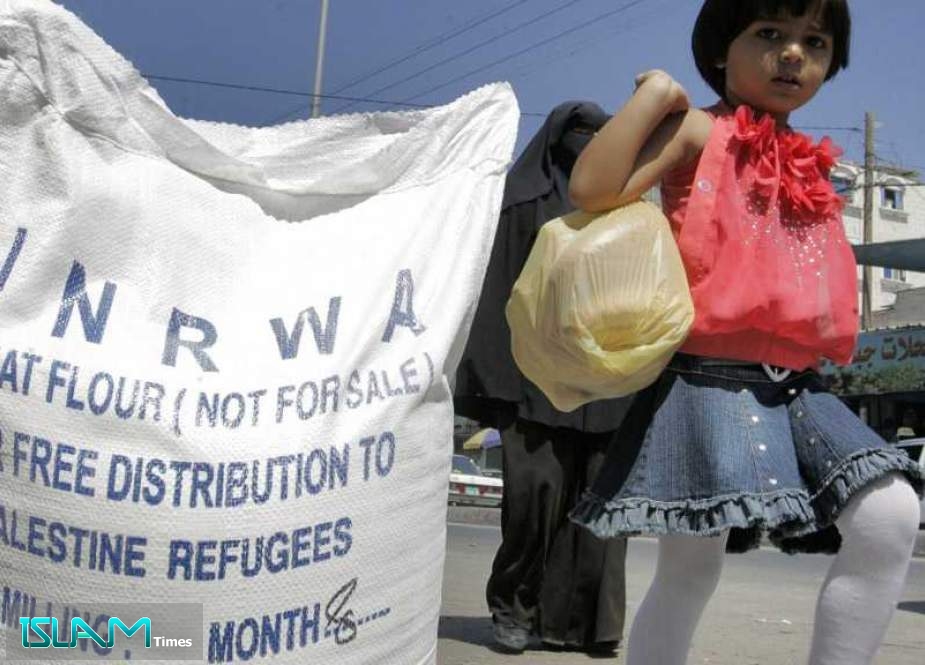 Islam Times - Cuts to the budget of the UN’s relief agency for Palestinians – including a halving of the UK grant – means the agency is close to collapse, the head of the agency, Philippe Lazzarini, has said. The UK has cut its core grant by more than 50% from £42.5m in 2020 to £20.8m in 2021.


Under Israel's blockade, Gaza's fishermen struggle for a catch | AFP

Palestinian children face intimidation and attacks on their way to school

It's insane how judaics always want people to remember the holocaust, then go and commit one of their own. You'd have to be crazy to think these people have anything to do with the Jews of the bible. Most if not all are Eastern European converts from 700-800 years ago.

Yesterday, James Cleverly, the UK Minister of State for Middle East and North Africa, condemned the "death" of 13-year-old Mohammad Da'das by the Israeli occupation army.
Palestine's ambassador to the UK thanked him and replied: "I thank Mr. James Cleverly for the condolences. May I clarify: Mohammad is a child. He did not simply die, he was killed."

Thousands of Palestinian prisoners in Israeli jails are going to reject their lunch and dinner meals, expressing their solidarity with their six inmates who have been on an open-ended hunger strike in protest against their unfair administrative detention without a charge or trial, the longest hunger-striker is Kayed Fasfous, as he has been on hunger strike for 116 days.
#FreeThemAll

Thousands of Palestinian prisoners in Israeli jails have decided on Sunday to reject the lunch and dinner meals, in solidarity with their six inmates who have been on an open-ended hunger strike in protest against their unfair administrative detention without a charge or trial.

Over 4,500 Palestinian prisoners in Israeli jails have decided to reject all of today's meals provided to them by the Israel Prison Service in support of the six hunger striking Palestinian administrative detainees.
The hunger strikers are demanding an end of their indefinite suffering in Israeli prisons without charge or trial.

#FreeThemAll
Israeli occupation Prime Minister Naftali Bennett claimed "there is no place for an American consulate that serves the Palestinians in Jerusalem."

Israeli occupation Prime Minister Naftali Bennett rejected the promised reopening of the U.S. diplomatic mission for the Palestinians in Jerusalem, claiming there is no place in the city for such an office.