What are you listening to?

One Aimee Mann song is not enough.

A few years back I traveled to New York to visit Ground Zero and see some concerts. I took a tour through Rockefeller Plaza, where they produce Saturday Might Live and saw the set. The tour host told our group that the only person banned from the building was Sinead O'Connor for ripping up a picture of the Pope on SNL. Sinead said she did it to draw attention to child abuse within the church.

Don't know why you gnostics are so smug. Your "secrets" are all over the internet.... kinda devalues your mysticism a bit.

A beautiful song....video slightly marred by the eery Podesta double at 2.33.


You have to admit, he looks very Podesta here

Awoken2 said:
A beautiful song....video slightly marred by the eery Podesta double at 2.33.


You have to admit, he looks very Podesta here

Are them dudes still around?

Not as a band but Shinoda has his finger in all sorts of projects and the rest of the band are still playing.

Awoken2 said:
Not as a band but Shinoda has his finger in all sorts of projects and the rest of the band are still playing.
Click to expand...

There are a fair few posters here that I could dedicate this to...but I won't.

They know who they are

If you wanna be heard over the God squad here you just have to....

From the BBC article -
After Christian fundamentalists claimed that a line in the title track of their 1974 album Eldorado sounded like “He is the nasty one – Christ you’re infernal” when reversed, the Electric Light Orchestra inserted a deliberately backmasked segment into their next album. Denying that Eldorado contained any subliminal messages, ELO went on to record Fire on High with an opening line that, when played backwards, says: “The music is reversible but time is not. Turn back. Turn back. Turn back. Turn back.” They released an entire album full of reversed vocals in 1983, called Secret Messages: the final track contains the backmasked message “thank you for listening”. 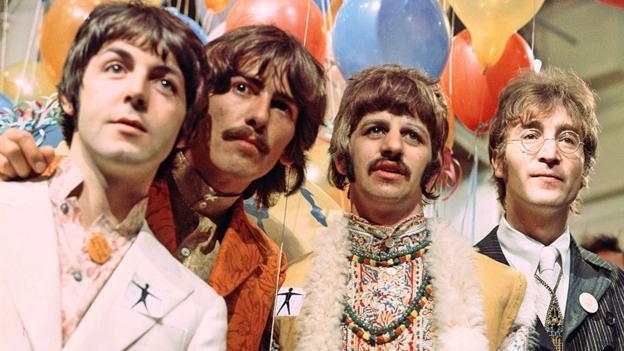 The hidden messages in songs

I've never looked into them Frank but if a band has the longevity that they did then it's odds on they had sold out just like the rest of them.

I was a big fan as a kid

Awoken2 said:
I was a big fan as a kid
Click to expand...

Sucks to find out all your rock heroes are on the square.

Panic on the streets of Carlisle...