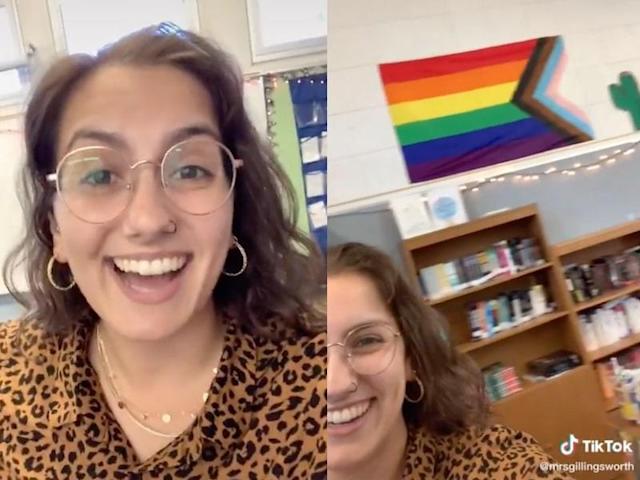 CALIFORNIA – The Newport-Mesa School District is investigating a teacher after she posted a video explaining how she encouraged students to ‘pledge allegiance’ to a gay pride flag after she removed the American flag from her classroom. “Okay, so during third period, we have announcements and...

i dont have an issue with nudity in the right context. at a nude beach, where everyone is naked and no one bats an eyelid because people there are over it- that is one thing.
forcing kids to see nude adults as some kind of spectacle on a TV show? completely inappropriate. people.com
Bette Midler Advises Women to 'Refuse to Have Sex' with Men in Protest of Texas Abortion Law

What is there was an entire ecosystem of "woke" scam artists posing as radical "woke/progressive/liberal/leftist/gonzo/etc" truth-tellers, activists, community organizers, journalists and etc? What if they found a way to consume a major portion of leftist/progressive resources and bandwidth, yet all their roads still led back to the dupopoly? What if they were actually, intentionally killing/burying/distorting info and stories in order to keep their intended audience occupied and complacent?

What if they and their fellow masquerading counterparts on the "right" were in the process of attempting a merger, in order to further weaken parties in America and elsewhere who would otherwise coalesce into effective action, instead united under the ecosystems banner of capitulation?