A rapper called Azealia Banks has filmed herself digging up her dead cat and boiling its body in an attempt to reanimate it.

the video was later deleted. but it is on the link below, so warning to anyone who clicks on it and is an animal lover.

is it me or are these celebrities getting more open about their devil worship, and this is coming from an athiest. 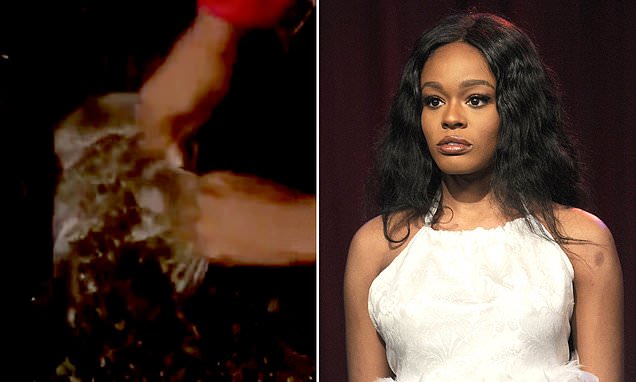 The 29-year-old rapper posted - and deleted - a disturbing set of clips in which she and another person exhume the bagged remains of her pet cat who died last year.

she believes she is a witch

''In another tweet, she attempted to explain her actions by writing: 'Black people are naturally born SEERS, DIVINERS, WITCHES AND WIZARDS. we have REAL supernatural powers, and the sooner we ALL learn to cultivate them and access them, the sooner we can REALLY fix s***. ''

Oops. I'm sorry. I reposted this. I wish there was a way to merge my reply into this post.
On the topic. This is all sorts of messed up.
However nothing she does really surprises me. Anytime i read something that she says or does is outlandish.

The flowering financial institution is convinced that when she cooks zombie cats and makes sacrifices of chickens is the reason she gets thi...

The thing about the stocks is about Elon Musk. He's given her stocks so she doesn't talk about stuff he's "into", that she's learned from Grimes.

i notice that after this video ,she disappear ...

She boiled it?! disgusting...
She made headlines once bc she had a closet full of dead chickens for sacrifice. My grandma was a voodoo practitioner so I knew about chicken sacrifice but she would use it to ward off the negative spells/demonic entities. I wouldn't be surprised if Azealia was posessed by an evil spirit.

VC posted an article on it. The title is so funny!

She's insane, but most people know that. The thought of anyone boiling a cat whether dead or alive just makes me sick.

And then people wonder why witches were killed in the past.

wasn't she a witch or something? I remember seein some weird-ass pics of her doing this sick stuff before, but worse somehow

billy t said:
And then people wonder why witches were killed in the past.
Click to expand...

To be fair it wasn't really witches who were burned but women who dared to be independent, happy, or upset someone.

she will continue her career and people will continue to squinting sarcastically when satanism is mentioned. this is why I'm suffering in anger and despair.

kerrichinchilla said:
To be fair it wasn't really witches who were burned but women who dared to be independent, happy, or upset someone.
Click to expand...

The Torah and Islamic law both assign the death penalty for those who practise magic. This is carried out by the authorities not by vigalantis. Yes, a lot of woman were persecuted in the past but now magic has been normalized and is even promoted and at this rate it is only going to get worse. I also don't trust a lot of what is written in history books because it is always twisted to suit the agenda of those in power. I am not talking about sleight of the hand tricks here but using denomic entities for nefarious purposes which is something real and is prevalent today.

kerrichinchilla said:
To be fair it wasn't really witches who were burned but women who dared to be independent, happy, or upset someone.
Click to expand...

I should also add if you read about the witch hunts in England they were based on suspicion etc which is wrong. In Saudi Arabia when people are punished for magic it is based on strong evidences like possessing certain materials such as spells and symbols written in blood mixed with dead animals etc or dead animals with knots tied to them etc. If this Banks ladies house was examined the evidence would be overwhelming.

reminds me of the time lady gag gag, wore a meat dress, then one of her little monsters (fan) , killed her cat to try to make a dress 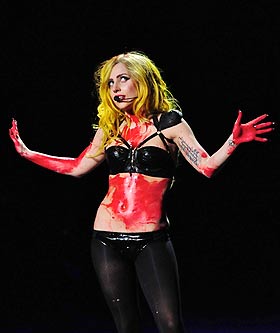