Vmort said:
I Think each horror game have been influenced by satanism.
Click to expand...

No question. Games/movies that have a fascination with horror, death, doom, and destruction are demonic. In the Bible, these images are are only invoked when speaking of hell, demons, and the fate of unrepentant sinners.

I did not mention this in my previous post, but id Sofware also developed the Doom franchise, and the first installment "is considered one of the pioneering first-person shooter games". Basically most people in this world, whether knowingly or unknowingly, love and glorify the works of the devil.

Astral Chain is another game.

- Pandemic which is caused by astral plane / chimeras


A lot of games in 2018-2019 have pandemic, NWO, police state and post apocalyptic scenarios.

Xenoblade Chronicles 2 - Global warming, the end of the game displays 'Earth' post apocalypse due to 'technology being too advanced'
V

Cyberpank is the other one.
-- NWO is cool and stylish.
-- pC have butterfly tatoo
-- implants as part of life.

MORTAL KOMBAT is about cruel deaths and fascination by it.

DarkAndWild said:
I’m creating this thread to expose a lot of satanic repetitive symbolisms found in anime and video games.

In the meanwhile check these out

Which is filled with so many dark themes from, wormholes,


I’d like to add that the game features a 30 something year p***phile teacher who in the game is responsible for the murder and kidnapping of underaged girls...shudder. Also had a sexual relationship with a minor
Blatant Illuminati Pyramid

Ofc there’s also themes of Mk ultra in the game which I’ll be addressing later. But in the meanwhile feel free to add anything else
to this thread!
Click to expand...

Something to mention about FullMetal Alchemist, an anime I (used) to be really into as a kid before I found God. The show (and manga) centers around alchemy which is a form of sorcery or witchcraft as The Bible would describe it and one of the ways it's used in the show is to create things, heal people and to (attempt) to bring people back from the dead which is actually against the laws in the show (playing God as they call it) on how it's used and it results in people losing body parts or their entire bodies. It is performed using "transmutation circles" drawn that look similar to pentagrams or new age circles, and sometimes they have to use sacrifices in the process of "equivalent exchange" (giving something to get something) where they'd use blood in the process, ingredients that can "make people" like salt, oil etc. or actual people. The show also centers around a conspiracy to the degree and one of the themes is the "homunculi" which are artificial humans characters that are created using alchemy that each have different supernatural powers (unbreakable skin, shapeshifting, agility, etc.), a healing factor (they cannot die easily) and they're each based after the seven deadly sins. The homunculi were created by this character literally referred to as "Father" who is the main villain and they all (and some humans in the show's military) report to, similar to the NWO. The homunculi are involved in a conspiracy where they want to sacrifice basically an entire country (people) in order to make the villain "Father" into a powerful "God" like figure, kinda like Jafar in Aladdin. The whole show builds up to it and people who figure out the conspiracy are murdered and hushed. The main city where everything takes place is shaped out like one of the "transmutation circles" as I mentioned previously, kinda like how cities can be shaped like stars of David. There's even a war/genocide that plays a big role in the events where some of the characters in the show's military were forced to exterminate a race/religion of people (the show's version of Muslims almost) which went toward their plan, this resulted in one member of the race becoming a serial/spree killer. There are also little things such as "chimeras" which are creatures that are like unnatural animal hybrids made using alchemy, some even half-human/animal. There are bits of secular/atheist theology, cults, the show has a gender-neutral version of "God" that takes resemblance of anyone that meets him and he'll show people the "truth" of the universe in exchange for a part of the body. That's some stuff I remember that you guys can keep in mind.
R

I wanted to put an O face at first, but after body mods, "smart" watches and whatnot, it's not really surprising.
Last edited: Dec 31, 2020
V

Acturally I think all games featured knight templars in posotive light are made by satanist because KT worshipped Bafomet.
R

View attachment 45518
Technopagans: May the astral plane be reborn in cyberspace by Erik Davis
Click to expand...

The Medium is the Medium: Reaching across time and space to connect with another's spirit, Madame Blavatsky would have understood the Net perfectly - 100 years ago. 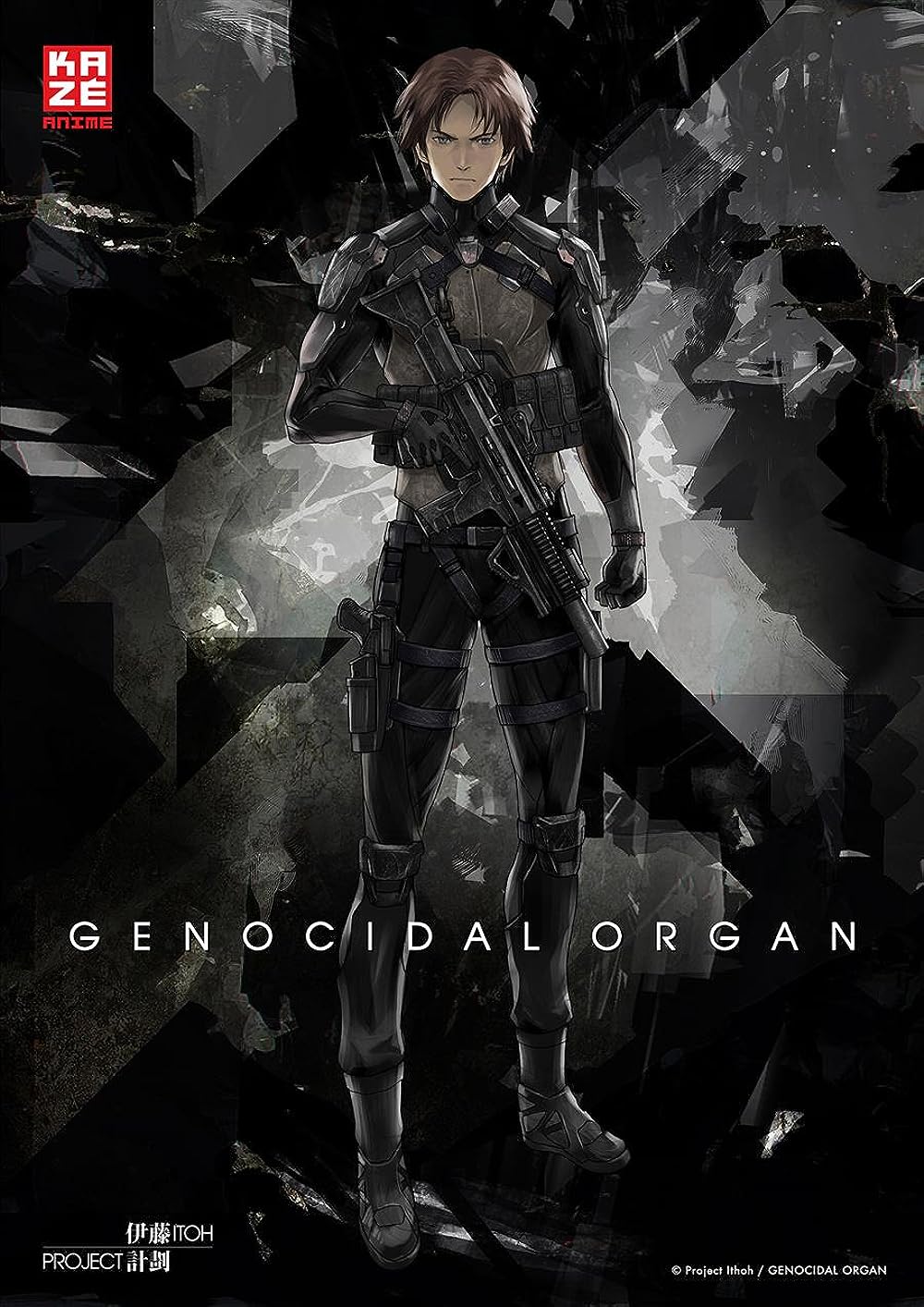 Genocidal Organ: Directed by Shûkô Murase. With Josh Grelle, Ian Sinclair, Clifford Chapin, Joel McDonald. Set in a time when Sarajevo was obliterated by a homemade nuclear device, the story reflects a world inundated with genocide. An American man by the name of John Paul seems to be...

Dark souls are too demonic.

Knights of the Temple Infernal Crusade
Game is more horror game if you ask me.

Templars worshipped Baphomet and were sodomites

Templars and sodomy - were the knights really gay?

I have been asked on several occasions whether the Knights Templar were gay. After all, they were accused of kissing each other on the “base of the spine” and other parts of the body in their initiation rites.

One user got quite irate when I insisted you couldn’t classify the Templars as a medieval LGBT organisation – though that’s not to say some of the knights weren’t gay. Homosexual love is as old as humanity but LGBT identity as we understand it today is quite modern. Sadly, there were no Pride parades in the 14th century (unless you count some papal processions!).

So – why this association between the Knights Templar and homosexuality?

It really all hinges on confessions made during the Templar trials between 1307 and 1314. King Philip of France was keen to crush the brotherhood of knights and basically levelled two main accusations against them designed to disgust medieval public opinion: heresy and sodomy.

But…should be said that heresy was probably the worst of the two accusations. To deny Christ, his sacraments and the authority of the church was to overturn the natural order of things – way more than two men being in love. It also posed a far greater threat to the power of the Pope, the King and the whole spiritual and temporal superstructure.

Sodomy and the Templar trials

So what were the accusations levelled against the Templars that gave rise to the idea many were gay?

The Templar trials expert Professor Malcolm Barber details quite a few confessions made after 1307 that give you the full picture. This is merely a taster:

When dealing with other heresies, the church and its inquisition often saw homosexuality as a symptom of heresy. It suggested that those who denied the authority of Rome in spiritual matters were degenerate and base. The term “sodomy” would be employed and it encompassed not just same sex relations but bestiality as well.

So, for example, William of Auvergne (bishop of Paris between 1228 and 1249) was convinced that heretics liked to kiss a cat under its tail or a toad fully on the mouth. Both animals being familiars of Satan of course.

I discuss in other blog posts the allegation of black magic rituals to discredit the Templars. The knights’ initiation rites were depicted as a kind of black mass – with the worship of severed heads (Baphomet) and the presence of magical symbols. Adding homosexuality into the mix was a given.

If you were gay in the Middle Ages, then joining a brotherhood of some description was a good way to avoid that familiar and annoying question at family gatherings:

“When are you going to get married?”

Monastic orders allowed you to be in close proximity to other men, even with shared accommodation. And you were expected to deny female flesh. It just gets better and better. Plus there was a career path and lots of dressing up.

If you were more butch – then why not join the Templars?

It was a monastic kind of life but with armour, swords and macho camaraderie. And the Templars weren’t the only military order in history where same sex love may have bonded warriors together. The Samurai saw no problem in men fighting the enemy to the death to protect the lover within their own ranks.

However, the accusation of “sodomy” against the Templars was layered with more meaning in the Middle Ages. To the medieval mind, sinfulness brought down the wrath of God. If the Templars had been practising “unnatural acts” then that would explain why they had lost the Christian crusade against Islam. Their sinfulness was a ticking time bomb.

And that’s more than likely what their enemies were really getting at. These Templars masqueraded as the best of knights but they were hypocrites. Greedy, lying, scheming, heretical and…..sodomitical….hypocrites. That was the negative PR the king of France and his ministers were chucking at the knights.

And to a degree, it worked. People were fed up of the crusades, which had now turned against the crusaders. All those lands that had been fought for were back in Muslim control. Therefore – who was to blame for this sorry state of affairs?

The Templars seemed an obvious target.

But why would God turn his face away from such brave men? Because, the accusers argued, they’d been up to all sorts of skullduggery behind the scenes. You get the drift. Godless and sinful – so of course they lost one battle after another. This logic may seem peculiar to us in the 21st century but in the 1300s, it went down a storm.

The City of Lost Children
Based in movie

Pandemonium. Pandæmonium is the capital of Hell in John Milton's epic poem Paradise Lost. "Pandæmonium" stems from the Greek "παν", meaning "all" or "every", and "δαιμόνιον", a diminutive form meaning "little spirit", "little angel", or, as Christians interpreted it, "little daemon", and later, "demon".
V

Again smell of NWO there

Little nightmares. Rituals, kids in cages and cannibalism included. They even have a lot of boots jist like concentration camps did.
FPC