Artful Revealer said:
Obviously only the smart ones like my posts. They seem to be a minority.
Click to expand...

Did you learn that spin from your big orange leader? Nice.

Awoken2 said:
Did you learn that spin from your big orange leader? Nice.
Click to expand...

It seems the only logical conclusion to make considering some people like yourself, or the nitwits that like your posts, can’t seem to spot the difference between white and black.

Trumps campaign literally just sent out a text telling his supporters to request their mail in ballots. The hypocrisy is staggering. You couldn’t make this shit up if you tried.

Just saying in case there are local shills who would intentionally try to conflate those two.

Just saying in case there are local shills who would intentionally try to conflate those two.
Click to expand...

Absentee voting is the same no matter if it’s a liberal or republican casting the ballot. Just saying in case there are local Nazis trying to make it seem like they’re not The troops are meant to discourage Russians from crossing into the eastern area where U.S., coalition, and Syrian Democratic Forces operate, say officials.

What was all that bullshit about trump ending wars? Let’s see where this goes.

Nearly as funny as the guy himself

Here is a perfect example of what a total slime ball Trump actually is.

The best bit is when Trump sneers "I can't wait to get this to court"...which he later settled 3 cases for $25 million...I'm sure he could have waited for that. 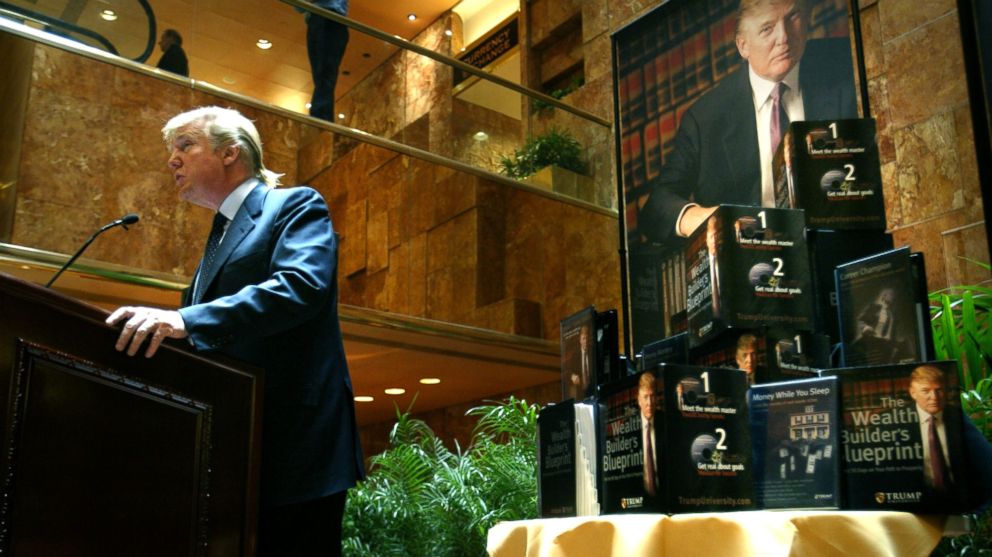 Trump University attendees are getting paid back.

The intro which explores Trumps claims of having a incredible memory followed by a sudden and unexplained bout of amnesia could be taken out of a scene from any Godfather movie....watch him squirm his ass through this.

vancityeagle said:
Perhaps you are unaware of the Council for National Policy deciding they DID NOT WANT A JEB BUSH, they wanted someone they could play off as an "anti-establishment" candidate.
Click to expand...

Do you have a link or video (CNP gathering) to back up the claim you are making? I want to corroborate it with what is in my post below.

Karlysymon said:
Just something to think about...

"In 2013, at a conservative conference in Palm Beach, an oil tycoon named William Lee Hanley, who had commissioned some polls from Patrick Caddell, asked him to show the data to Mercer and Bannon, who were at the event. The data showed mounting anger toward wealthy élites, who many Americans believed had corrupted the government so that it served only their interests. There was a hunger for a populist Presidential candidate who would run against the major political parties and the ruling class. The data “showed that someone could just walk into this election and sweep it,” Caddell told me. When Mercer saw the numbers, he asked for the polling to be repeated. Caddell got the same results. “It was stunning,” he said. “The country was on the verge of an uprising against its leaders. I just fell over!”

Until Election Day in 2016, Mercer and Hanley—two of the richest men in America—paid Caddell to keep collecting polling data that enabled them to exploit the public’s resentment of élites such as themselves. Caddell’s original goal was to persuade his sponsors to back an independent candidate, but they never did. In 2014, Caddell and two partners went public with what they called the Candidate Smith project, which promoted data suggesting that the public wanted a “Mr. Smith Goes to Washington” figure—an outsider—as President. During the next year or so, Caddell’s poll numbers tilted more and more away from the establishment. Caddell’s partner Bob Perkins, an advertising executive and a former finance director of the Republican Party, told me, “By then, it was clear there wouldn’t be a third-party candidate. But we thought that a Republican who harnessed the angst had a real chance.” At one point, Caddell tested all the declared Presidential candidates, including Trump, as a possible Mr. Smith. “People didn’t think Trump had the temperament to be President,” Caddell said. “He clearly wasn’t the best Smith, but he was the only Smith. He was the only one with the resources and the name recognition.” As Bernie Sanders’s campaign showed, the populist rebellion wasn’t partisan. Caddell worried, though, that there were dark undertones in the numbers: Americans were increasingly yearning for a “strong man” to fix the country."
source

....if the PTB, back in 2013/2014, were already aware of a public hunger for a populist president, then why go ahead and give the public exactly what they wanted (seeing as Trump didn't win the popular vote)....unless a "strong man to fix the country" was exactly what suited their plans. It makes sense to make everything fall apart on the watch of a guy who promised to keep those very things from falling apart.
I understand people say that Trump hasn't taken the country to war but Baghdadi's "death" last year was a signal (to me anyway) that the theater/enemy was to change (as it does every 15-20yrs).
Click to expand...

Karlysymon said:
Do you have a link or video (CNP gathering) to back up the claim you are making? I want to corroborate it with what is in my post below.
Click to expand...

There was an article from 2016. I can't find it, but it basically said the CNP was vetting both Ted Cruz and Donald Trump, and wanted either one of them and not the typical Republican like Jeb Bush, because they wanted an "anti-establishment" candidate.

Of course we know that the CNP apparatus Steve Bannon, Robert Mercer, Kellyanne Conway, jumped from Ted Cruz to Donald Trump and the rest was history. The mainstream Repubs never stood a chance, it was always going to be either Cruz or Trump.

Noam Chomsky: The world is at the most dangerous moment in human history

Noam Chomsky has warned that the world is at the most dangerous moment in human history owing to the climate crisis, the threat of nuclear war and rising authoritarianism. In an exclusive interview with the New Statesman, the 91-year-old US linguist and activist said that the current perils...

Love it when Trumpa Lumpa just loses the ability to speak.

Do you believe him?

justjess said:
Do you believe him?
Click to expand...

Not a single word, ever.

Awoken2 said:
Not a single word, ever.
Click to expand...

Same. Wondering what they are going to use this for... I’d say to get out of the debates but I’m sure it’s something worse then that.