Dawn FM Trailer
This is beyond creepy, including the voice and what it says.

“You are now listening to 103.5 Dawn FM. You’ve been in the dark for way too long. It’s time to walk into the light and accept your fate with open arms.”
There are zombie girls dancing with snakes in the light.

I consider myself fortunate that I have no idea who this guy is nor do I want to know. I will take your word for the fact that this guy is an evil POS. 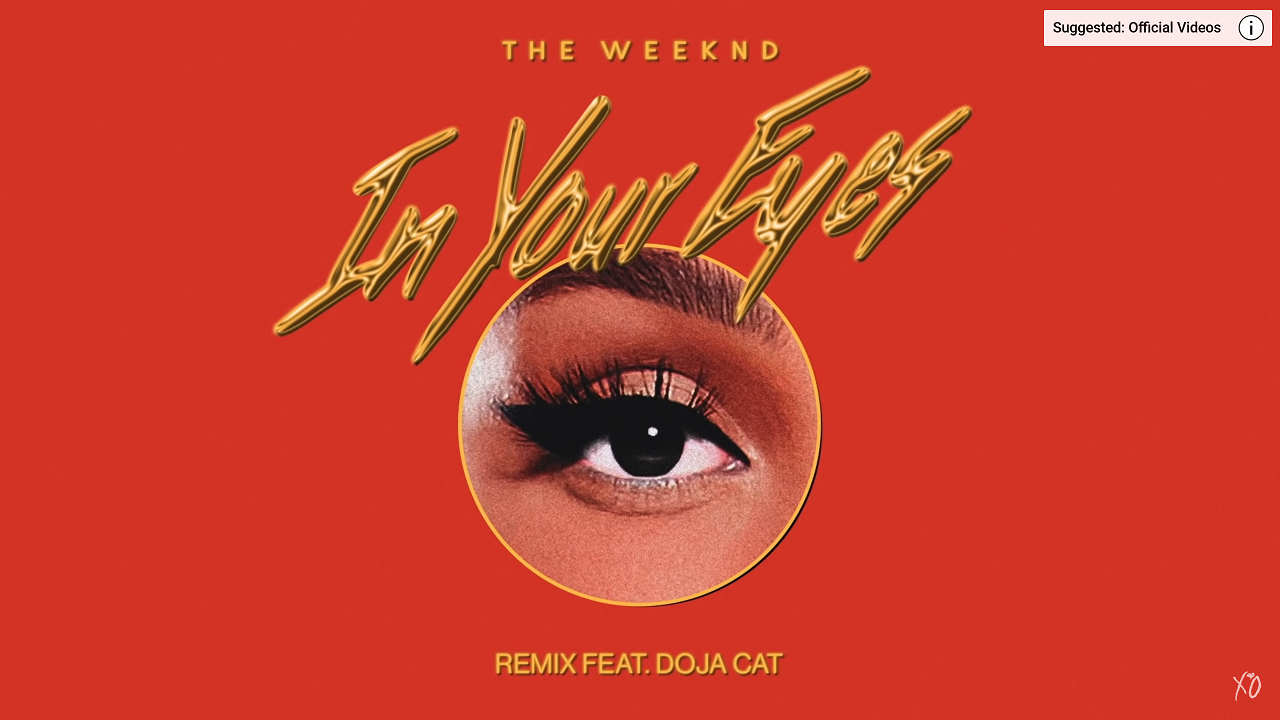 [Spoken: Jim Carrey]
You're tuned to Dawn FM
The middle of nowhere on your dial
So sit back and unpack
You may be here a while
Now that all future plans have been postponed
And it's time to look back on the things you thought you owned
Do you remember them well?
Were you high or just stoned?
And how many grudges did you take to your grave?
When you weren't liked or followed, how did you behave?
Was it often a dissonant chord you were strumming?
Were you ever in tune with the song life was humming?

If pain's living on when your body's long gone
And your phantom regret hasn't let it go yet
You may not have died in the way that you must
All specters are haunted by their own lack of trust
When you're all out of time, there's nothing but space
No hunting, no gathering, no nations, no race
And Heaven is closer than those tears on your face
When the purple rain falls, we're all bathed in its grace

Heaven's for those who let go of regret
And you have to wait here when you're not all there yet
But you could be there by the end of this song
Where The Weeknd's so good and he plays all week long
Bang a gong, get it on
And if your broken heart's heavy when you step on the scale
You'll be lighter than air when they pull back the veil
Consider the flowers, they don't try to look right
They just open their petals and turn to the light
Are you listening real close? Heaven's not that, it's this
It's the depth of this moment, we don't reach for bliss
God knows life is chaos, but He made one thing true
You gotta unwind your mind, train your soul to align
And dance 'til you find that divine boogaloo

Blue:
The color blue is often related to heaven. It represents themes like immortality and eternity, which is why ghosts, spirits, and similar entities are often depicted as blue.

Blue can also represent calmness, which is why relaxing items like the sky and water are blue. If someone has a blue chakra, they’re believed to be tranquil and divine. Other items that can be blue, like flowers, eyes, and feathers, can also give off calming feelings.

In some instances, the shade of blue can have an impact on the color’s meaning. Lighter shades of blue are often associated with goodness. While royal blue has a similar meaning, it can also mean prestige. In some instances, it can be a religious color since priests and chiefs of religious groups often wore blue.

Blue is a significant color in Freemasonry because Freemasons start their journey in a symbolic lodge known as the “Blue Lodge.” The Blue Lodge is where the individuals receive their first three Masonry degrees. In that scenario, blue means special, sacred, wisdom, or perfection. So, Freemasons usually thought very highly of this color.

Red:
Red is the color of blood, so Freemasons often use it as a symbol for sacrifice and struggle. It’s often linked to wars, military, and heroes, along with fire in some cases.

In Masonry, this color is a clear sign of devotion, faith, and courage. In some cases, it could also symbolize love and generosity.

On a darker note, red can be connected to hell, demons, and rage since it’s the color of fire. It’s often noted as the opposite of blue’s calming and heavenly symbols.

The article's title says it all.

Beta Programming is not solely reserved for women. Beta cat prints showcased in the photo-shoot.

A whole bunch of fucked up shit going on in this video.

BeemBow said:
A whole bunch of fucked up shit going on in this video.

The purpose of this mans entire career has been to destroy his audiences perceptions.

Its a shame that these people allow their talent to be used and directed like this. Makes one wonder if their talent is even real or another illusion that they've bought from their "gods".

SPD8 said:
Its a shame that these people allow their talent to be used and directed like this. Makes one wonder if their talent is even real or another illusion that they've bought from their "gods".
Click to expand...

Did you ever hear about this Blues musician from the 30s?
https://en.wikipedia.org/wiki/Robert_Johnson#Devil_legend (he died aged 27 in 1938)

This week's vigilant citizen article is on the weekend so I guess you are right on target.

I knew there was something wrong with him right from his collaboration with Star Boy or whoever as it gave very strong satanic vibes from the album art and foreboding sound.
His music seems to have a pull, like it has a hypnotic effect on the listener.