The Royal Family and Brexit

Harry on Donald Trump
‘The mere fact that Donald Trump is pushing the coal industry is so big in America, he has blood on his hands.
‘Trump will want to meet you to make him look better but he won’t want to have a discussion about climate change with you because you will outsmart him.’

On Megxit
‘I can assure you, marrying a prince or princess is not all it’s made up to be. There’s lots of layers to it and lots of pieces to the puzzle. Sometimes the right decision isn’t always the easy one, but it was the right decision for our family.
‘I think there’s a hell of a lot of people around the world that can identify and respect us for putting our family first. It’s a tricky one, but we will start a new life.’

On the climate
‘Unfortunately, the world is being led by some very sick people, so people like yourselves and (the) younger generation are the ones that are going to make all the difference.
‘People need to be woken up and the only way to wake people up from what effectively is a consciousness crisis is, I think, you need to be doing extreme things.
‘What you need to do is make real big changes that actually shock people, and it’s that shock factor that wakes people up.’

On himself
‘I was in the military for ten years, so I’m more normal than my family would like to believe.’
On Boris Johnson
‘He is a good man, so you are one of few people who can reach into his soul and get him to feel and believe in you. But you have to understand that because he has been around for so long like all of these other people, they are already set in their ways.’

On the Election
‘The fact that our choice was between those two individuals in my mind, I think, probably creates more of an observation that the system itself might be broken. There’s a lot that the leaders of today can learn and can listen to people like yourself.’

On using private jets
‘Unfortunately, there is very few alternatives. We have to fly on commercial planes all over the world. Nowhere near as much as most people who do it for a night or weekends. Certainly for my family, to protect my family, from these people, as you can well understand.’ 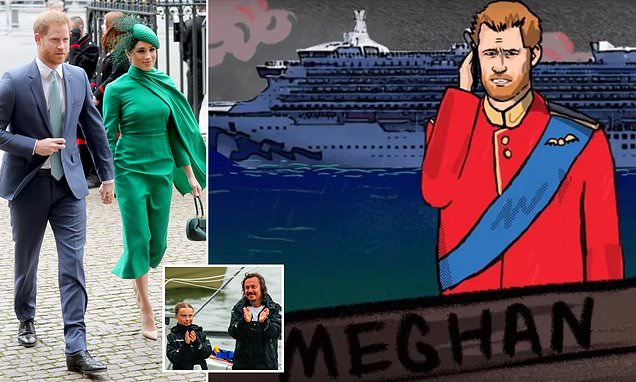 OMG..
All the money and privilege in the world can't buy you an ounce of common sense. 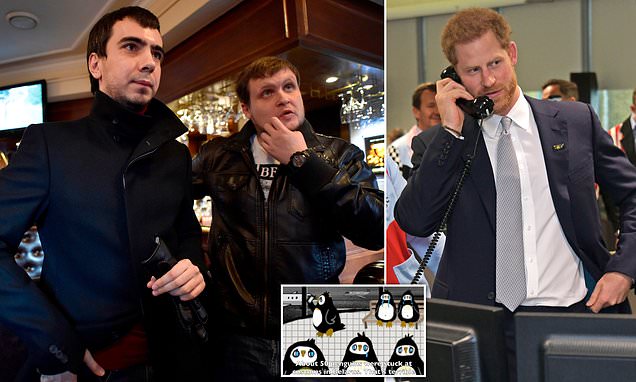 What an egg plant...

Cintra said:
OMG..
All the money and privilege in the world can't buy you an ounce of common sense.

The Daily Mail is catchy...isn’t it?

Some people think that this is Megs and Just Harry’s pr at work.

The DM is a National Institution.

Meghan Markle and Prince Harry plan to open a new charity office at former BBC building in London which is now a 'workspace for creative thinkers' run by Soho House, a source claims 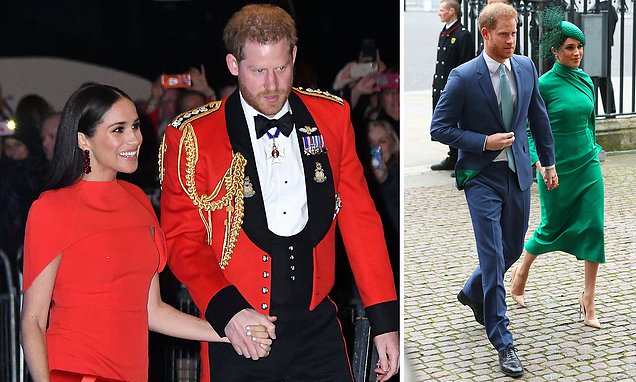 A source told The Sun on Sunday that Prince Harry and Meghan Markle have chosen a space at the former BBC Television Centre in White City, where ITV now films some of its programmes.


For more in depth..

Many wonder how this debacle happened, so here is a concise timeline with some of the highlights, dates, and events (look up the main timelines for more detailed information) to help people make se…

Where’s her manager when she needs him? Lol! I thought he liked to sidle up to CEO’s to pitch her...

EXCLUSIVE: Meghan Markle plans to return to acting but will only work with A-list directors like Ava DuVernay in a 'breakout role' because current offers are too 'cheesy and beneath' former Suits actress