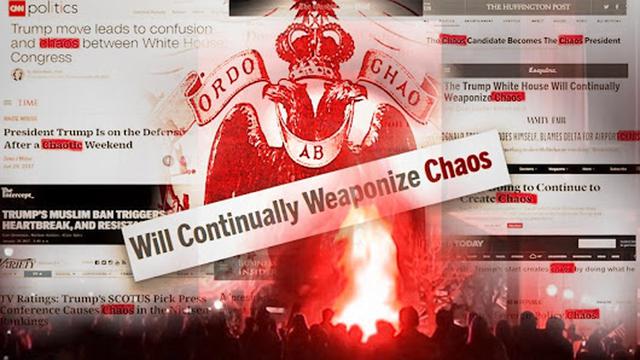 Order Out of Chaos - The Hidden Doctrine of 2020 (Full Documentary)

ORDO AB CHAO is Latin for "Order Out of Chaos or Order from Disorder." This term was invented by Freemasons and is the actual motto of the 33rd Degree of Scottish Rite Freemasonry. According to the Cabala, which is the secret doctrine of Judaism …

www.bitchute.com
[/QUOTE]
Jazakillah khairan DR. I will be sure to check it out. It said it has been censored for dangerous content in my country, so here is another link for those who can't access it. 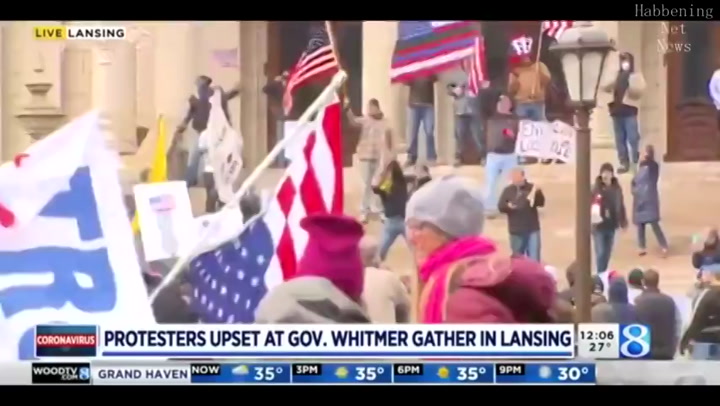 ORDER OUT OF CHAOS - THE HIDDEN DOCTRINE OF 2020 (FULL DOCUMENTARY)
archive.org

Karlysymon said:
Apparently, Deagle wiped all of it's 2050 forecasts and opening the page gives me an error code (so this is an old image)
View attachment 55119
Click to expand...

From what I understand Deagle passed away, but his wish was for the site to stay up, but it didn't. 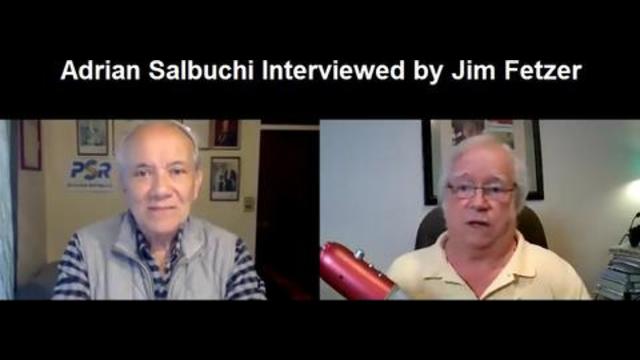 Support our work on BitChute, and https://EarthNewspaper.com All The Honest News Fit To Publish, the independent, ad-free website with a dozen or more posts published daily, over 2,700 archived, with a small recurring monthly donation of 5, 10, or 1…

Ole Dammegard Exposes Origins of the Scamdemic - Part 1 of 3 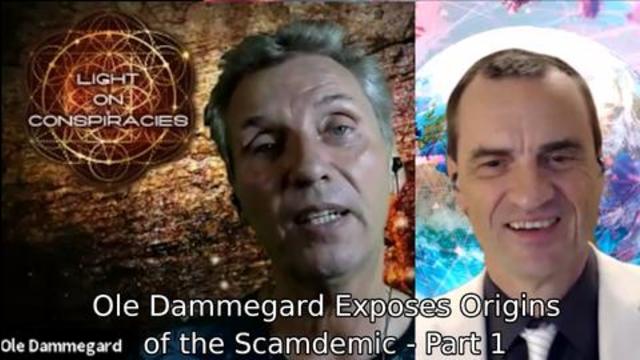 On for his 136th time, just kidding... that's my favorite number. Ole Dammegård is a world class code breaker and investigator, who has dedicated the last 40 odd years of his life to researching many of the global conspiracies. He is now considered …

On for his 136th time, just kidding... that's my favorite number. Ole Dammegård is a world class code breaker and investigator, who has dedicated the last 40 odd years of his life to researching many of the global conspiracies. He is now considered …

What a way to spend a Saturday morning! I really enjoyed listening to Ole Dammegard. He's summed up quite a bit that has been happening lately and even prior events. I've also posted the two remaining parts below:

Ole Dammegard Exposes Origins of the Scamdemic - Part 2 of 3 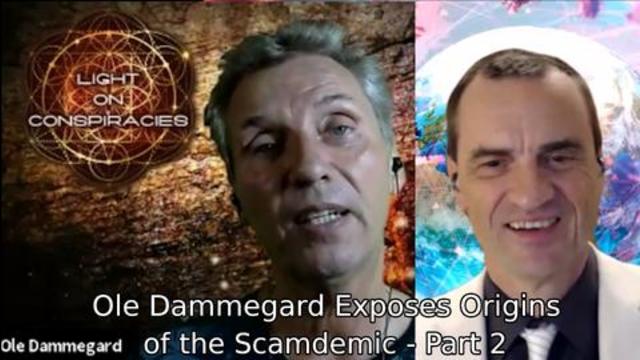 Ole Dammegard Exposes Origins of the Scamdemic - Part 3 of 3 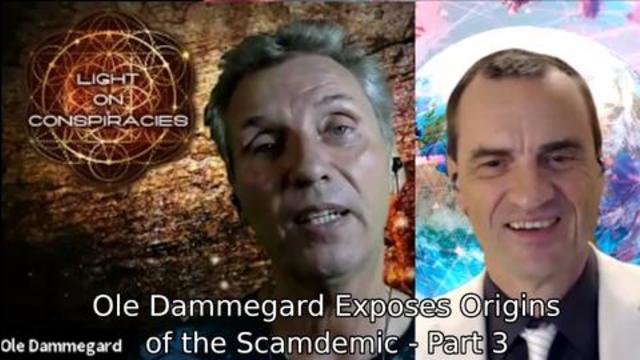 What I've also noticed, and I don't think I'm stating anything revolutionary, everything about the NWO/Event 21/Fourth Industrial Revolution is all synthetic and antithetical to the way life has been lived for centuries. The elite are doing what they can to accept their twisted view of the world:
Aside from the fact that these things fracture societies, there's nothing in that list that benefits them at all, except for the makers of the products listed. I'm with Ole in that whatever it is these psychopaths instruct us to do, do the opposite. 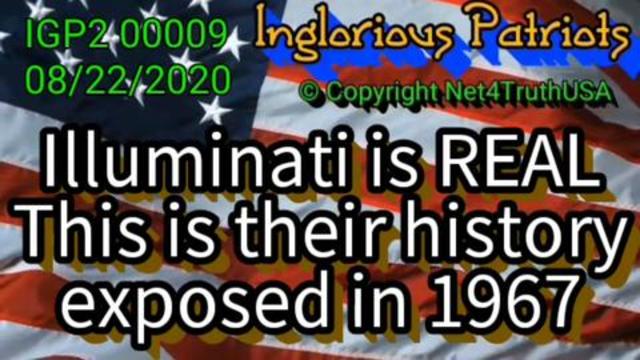 A rare recording done in 1967, Exposes the Illuminati, and traces their Satanic bloodlines to present- day scumbags. We know who they are. We know where they live. It's only a matter of time. Subscribe to QAnon Official https://www.youtube.com/c…

The Anglo-Saxon Mission, explained by Bill Ryan - a Project Avalon video
Discusses plans for:
(This talk took place around 2010)
Depopulation (Georgia Guidestones)
Pandemic,
War between Israel and Iran
War against China
tests and vaccinations
Edit NB: His understanding about time traveling and such are manipulations of the Jinn who can take human form according to our path.

UnderAlienControl said:
From what I understand Deagle passed away, but his wish was for the site to stay up, but it didn't.
Click to expand...

From what I've seen the site is apparently back up...

Not sure if this is really from 1918 or just doctored for the present crisis.

2040 the world will collapse — This MIT computer has confirmed it

A computer program developed at MIT predicts that we will see the end of our civilization in 2040. We must expect the first catastrophes…

The Club of Rome commissioning the World One program is all i needed to know.

I wonder if the A.i will interfere with a person's will to act.
Klaus Schwab Interview in English&French

I'm sure there were a lot of people praying for this lady....but she still died anyway.

I didn't know Corbett was still on YT. That was great as usual.
I'm gonna post it in CV-19 thread as well.

Frank Badfinger said:
I didn't know Corbett was still on YT. That was great as usual.
I'm gonna post it in CV-19 thread as well.
Click to expand...

Corbertt Report Extras has been on yt for years. I didn't know it was even his until a few months ago.

It won't be up long though. He said its already got 2 strikes a little while back.

Vaxxxidents, Dark Agenda, Chaos, Biden Admin Collapse – Clif High
Clif High:
"I do not personally think 60% to 70% of these people will die. I do expect it will be that sort of percentage who will get very ill from encountering Covid. This is confirmed with the amount of people showing up in hospitals that they are calling breakthroughs.”

"High also sees huge changes to the political and economic system, and he says, “Dollar, gold silver and Bitcoin are related, and it all revolves around the crash of the system. This truly is a shift of the ages. It’s a change of an operating system for all of humanity . . . . The way the fiat currencies are organized and the central banks and so on is fundamentally bankrupt. It’s not offering anything to humanity, and it is keeping us all down. It’s being shed. That’s what’s happening at the moment. This is going to bring chaos at the level of death of major empires. There was a little bit of chaos when the British Empire died, but not a whole lot. I am talking about the level of chaos when the Byzantine Empire died that led into the Dark Ages.” (There is much more in the interview on where Bitcoin, gold, silver and the dollar are heading and when.)"

....and he talks about gearing up for an upcoming war and that they will try to sell it as the west versus the CCP. DesertRose said:
FALL OF THE CABAL (THE SEQUEL, PART 14) 'THE AGE OF DEPOPULATION'

Again, this was really interesting to watch. I can't believe how the cabal has been doing this for centuries and they think they're going to get away with it this time. The Spanish "flu" was just... something, and it wasn't even Spanish, it was created at Fort Riley in the US. They injected soldiers with it and spread their germs around, via "shedding". When this happened, people began to get anxious and nervous and got the exact same shot as the US soldiers got and they too, caught the virus. Add to the fact that they were also masked, with 92.7% of the people who died suffered from bacterial pneumonia, this is basically history repeating itself, a century ago.

As well, it should also be noted that the current exposure of Fauci in all of this could be promising, as he's right up there with the entire cabal. With the disclosure of his emails claiming the virus was engineered, this may be the beginning: