Considering this guy is now going to be the largest shareholder of Twitter, I thought there should be a thread dedicated to Elon and his family's "ventures". Much like Joe Rogan, there are some people that seem to think he's one of the "good" guys, but clearly, evidence says otherwise. As someone posted in one of the videos below, no one gets that rich for not adhering to the elite's agenda.

Below are two of Hugo's video disclosing what he's been able to find out about him to date:

Is Elon Musk One Of The Good Guys? / Hugo Talks

Problem with Elon Musk is he's a billionaire. He has no connection to the common man and what his needs / wants are.

Some months ago a politician in Australia took some backlash because a reporter asked him the price of bread and he didn't know. If i was a betting man, I'd bet my right arm Musk doesn't know either.

People are constnatly looking for a savior and Musk can afford some PR. This is all it is, he pays people to make him look good but he's just another globablist wanting to put chips into everyone's head.
L

Speaking for myself, I strongly agree that The Musk Family are the newest in-laws of the [Neo-]Illuminati Family Bloodlines.
T

As Hugo indicates in one of his videos, Elon's grandfather was kicked out of Canada and faced two charges under the Defence of Canada Act in 1940: 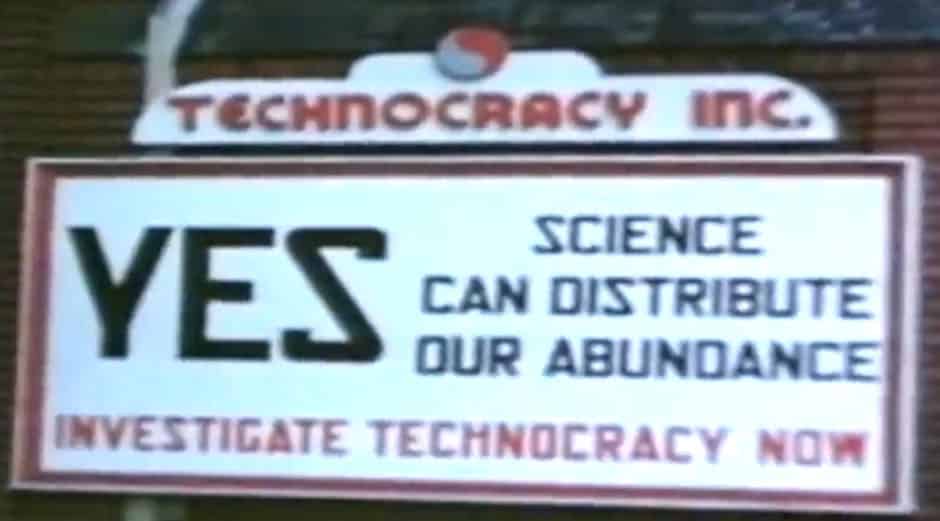 In a historically and very accurate accurate description of the 1930s Technocracy movement, the author concludes, "it would be wrong to dismiss Technocracy Incorporated as just another failed utopian scheme".

Below is an extensive article but a worthwhile read, I think. Here's an excerpt, bold emphasis mine:


"Musk has spent time on the Joe Rogan podcast in person attempting to sell his image (first time, second time). The last thing the global cabal wants is another persona like Bill Gates attempting to sell the agenda. So, every effort is being made to push Elon Musk into the limelight as a more charismatic individual. The last time the global cabal messed up pushing vaccines through Bill Gates it had to usher Gates into hiding because he had become such an unpopular figure. Bill Gates is someone who was brought onto just about every major news network when the Covid-19 pandemic first kicked off in early 2020. Gates pushed the vaccine like a used car salesman and the public backlash was very critical. Next time will be different it seems. Every preparation is being made to ensure that Musk is the ultimate cabal frontman. Someone loved by the masses that will still wear the global cabal shock collar. Another personality perception stunt that Musk has recently pulled off is with his host appearance that he made on the television show Saturday Night Live. Musk is a man who operates in two worlds. In one of these worlds Musk is the mainstream puppet that fronts up for the global cabal. In the other world, Musk is a rouge billionaire who pretends like he isn’t a part of the global cabal. Deception can be tricky to spot, but at the end of the day our actions speak louder than our words."​

THE ILLUSION OF ELON MUSK 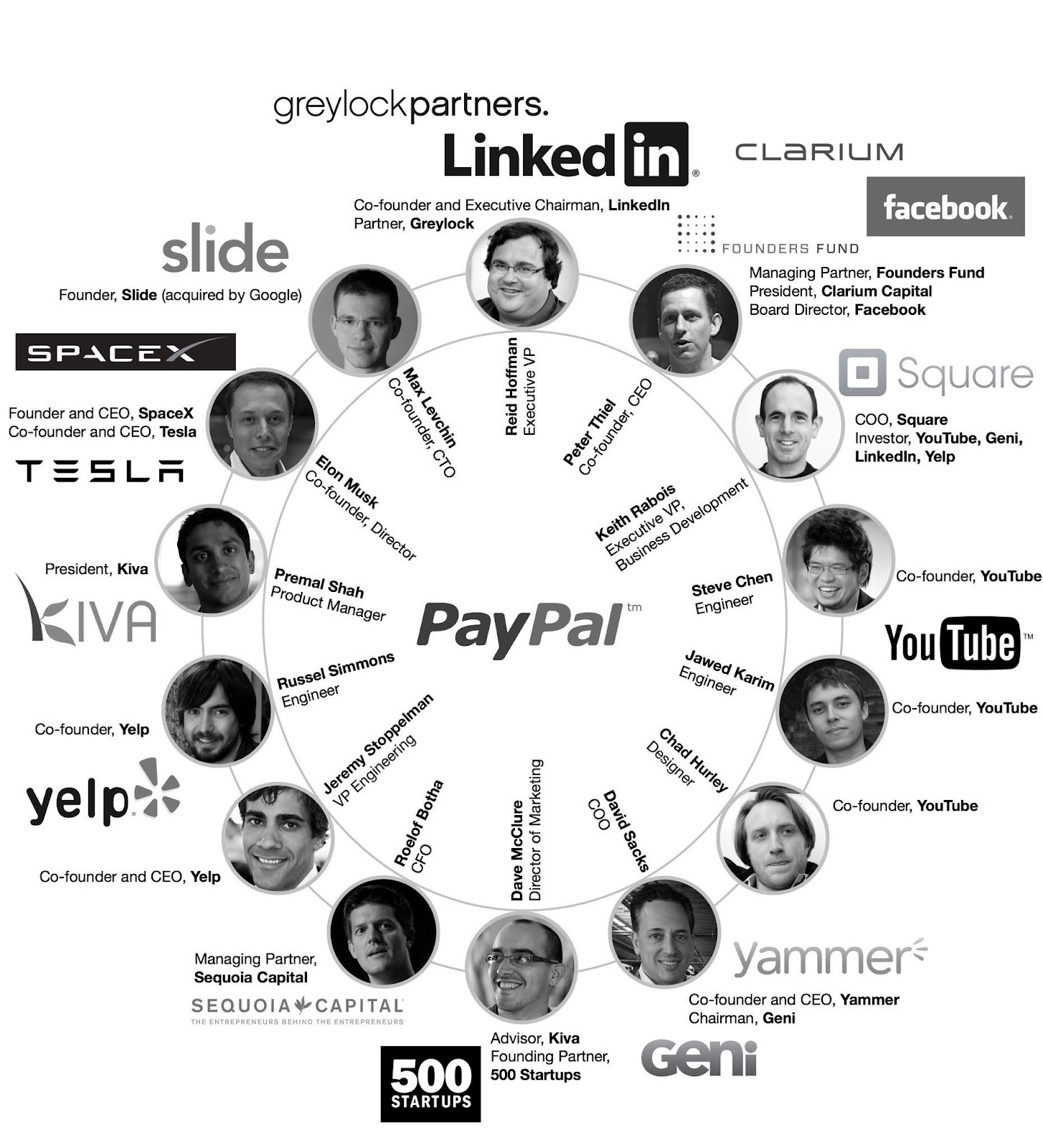 The Illusion of Elon Musk -

This article will lift the veil on Elon Musk and expose him as just another global cabal illusion and frontman.
realitysideshow.com

Clearly, as it's been said before, there's nothing new under the sun. They're just looking for a generation to embrace their dystopian view of society(ies). 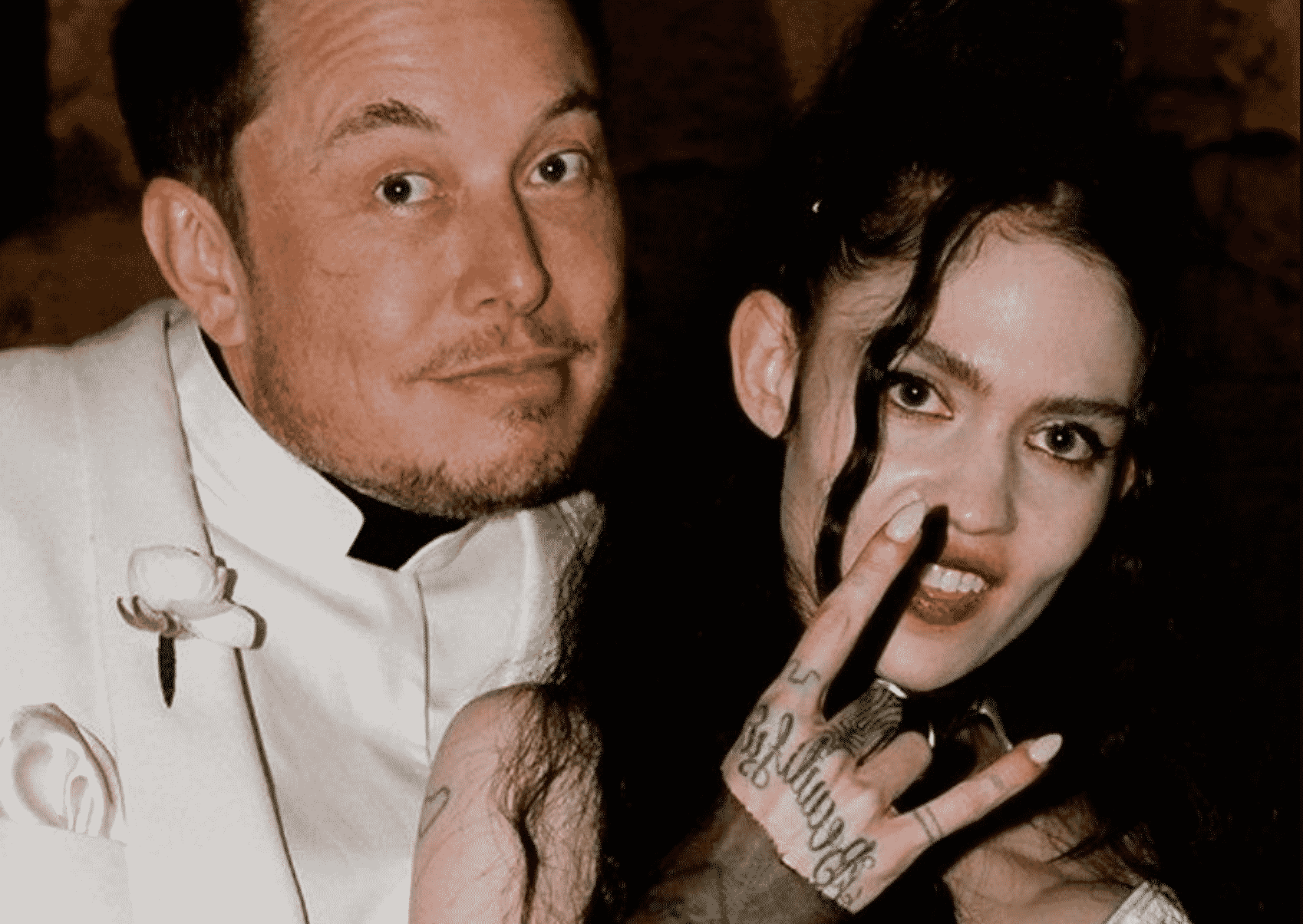 Some are gonna have to walk the path
of evil to bring down specially this
kinda cunning,hidden for millennias and with as much
money and control of our communications,
and countries
that is the only way to do it logically and in reality
a good undercover would have to be willing(free will)
to forfeit his soul into Hell until the
next great reset Our Light does
We definitely need outside and inside working
together as how many do ya think of tptb die
only to die keeping their secrets well hidden
what generations do ya think we are learning about
how many get killed or w/e tptb decide is the best
way to fool the masses of how they died/or if even
No the only way we can win is 2ways
We rise all of us together everywhere at the same
exact time and we say together no more
or we have the inside out
we need relevant knowledge of what is happening/when
as how are ya gonna stop anything if ya don't know either
So again inside out
this is why I said the meaning of
Though I walk through the valley of the shadow of death, I will fear no evil: for thou art with me; thy rod and thy staff they comfort me. 5 Thou preparest a table before me in the presence of mine enemies: thou anointest my head with oil; my cup runneth over

Some will have to love Our Light ,this world,
and the peoples of it to give themselves to torment
to free the rest of us knowing Our Light will
be back for them

We all need to be united

Frank Badfinger said:
Tweet This: Will The Real Elon Musk Please Stand Up?

Interesting article by Patrick Wood. It seems to echo some of what Hugo said, as the UBI idea has been around for decades as well. Patrick also mentions that Elon has eight children and his first-born died. It makes me wonder if it was sacrificed...

Orwell's mentor said:
Interesting article by Patrick Wood. It seems to echo some of what Hugo said, as the UBI idea has been around for decades as well. Patrick also mentions that Elon has eight children and his first-born died. It makes me wonder if it was sacrificed...
Click to expand... 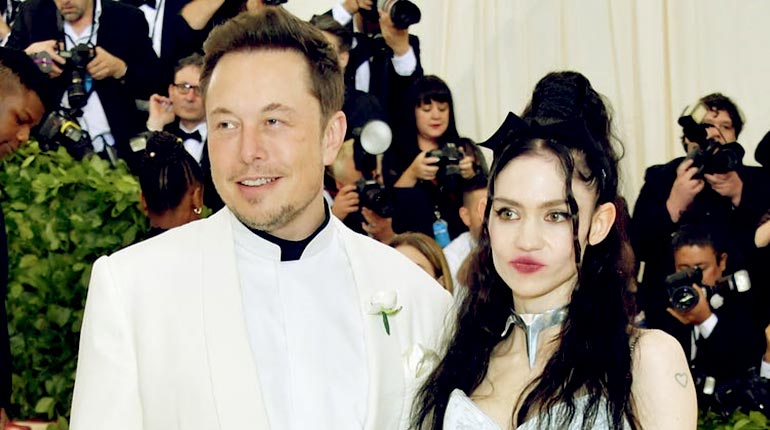 Nevada Alexander Musk was the firstborn child of the billionaire Elon Musk and first wife, Justine Musk. He lived only 10 weeks and died due to SIDS. Know everything about Musk’s son.
celeb-gossip.com

Both are a good read Frank Badfinger Thank Ya

for a long time i've suspected that someone like a Musk or Gates or Bezos will be the antichrist. It would be worthwhile keeping an eye on his offspring...especially the one with the really weird name

I was thinking it too Stucky
Then I started thinking tptb are
misdirecting from who/e the true ac is
using the mark number and such so
all of Us stay focused on them 3/others
as the one
when the real is coming under radar,not seen
or known by any of Us yet anyways they Will
be eventually
I'm not sure they can use anyone We are aware of
Because of personal bias/history,any past actions/words etc..
that can be use daily against who/e and the guide/bible
says as a saviour they will come in for everyone
and I do believe a lot sleeping/awake for fall
into believing this is the saviour of humanity
So I am thinking it will be someone who only tptb will know
as any We may know will be subject to all the above
Last edited: Apr 24, 2022

What about patchy facial hair? Asking for a friend…

In Islam its important to have a beard for the soul purpose of distinguishing man from woman. Men back then were afraid to shave their beard out of fear of attracting other men.

Yet today, its a grey area as the roles are reversing.

This is the age of deceit. 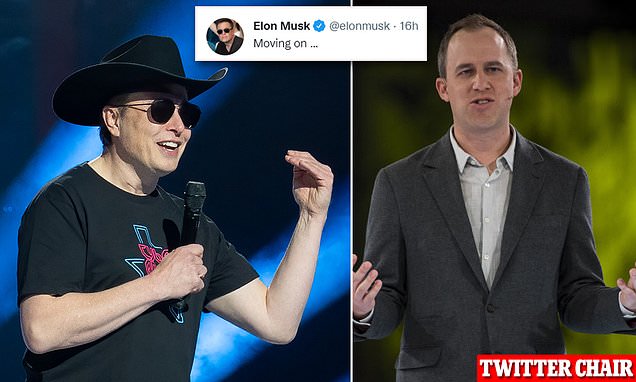 The Tesla magnate, 50, agreed to pay shareholders $54.20 in cash for each share of common stock before the bombshell deal was struck.

I think it's laughable reading these two articles that frame Musk buying Twitter is somehow something the public should want. The first is an excerpt which was apparently Tucker Carlson's monologue a few weeks ago, the second is from the editor-in-chief of JNS.org, Jonathan Tobin. Interestingly, both excerpts frame Musk's purchase as though it has something to do with (useless) partisan politics and the restoration of freedom of speech and democracy, shaaa' right. With the exception of the first one listed, neither should have a price tag:


"So, all of a sudden, the political party that's supported almost exclusively by oligarchs like Jeff Bezos and the Google guys is telling you that it's dangerous for rich people to have too much control over speech. Really? Facebook is controlled by one person, Mark Zuckerberg, but that's not a threat because Mark Zuckerberg is happy to work on behalf of the Democratic Party. Once again, if anything, we are understating what a big deal this move on Twitter by Elon Musk is. If free speech is restored to even one big social media platform, it all comes tumbling down."​

Tucker Carlson: If Free Speech Is Restored To Even One Big Social Media Platform, It All Comes Tumbling Down


"Whatever we may think of Musk, his bid for Twitter highlights both the dangerously untrammeled power of Big Tech and the need to ensure that they are not controlled by anti-democratic forces determined to shut down public debate in order to advance a specific political agenda. It was already obvious that ADL’s partisanship and dangerous advocacy of censorship had little or nothing to do with the best interests of Jews. It’s equally clear that their stand is harmful to democracy unless you define that as the ability of leftist idealogues to control public discourse. As much as we may view the ability of antisemites to post hate on Twitter with dismay, the survival of free speech is far more important to defending both democracy and Jewish security.​
It’s a shame that we must currently depend on a single wealthy individual to try to protect those values. But in 2022, Elon Musk may be all we’ve got."​
Should Everyone Be Afraid of Elon Musk Buying Twitter? 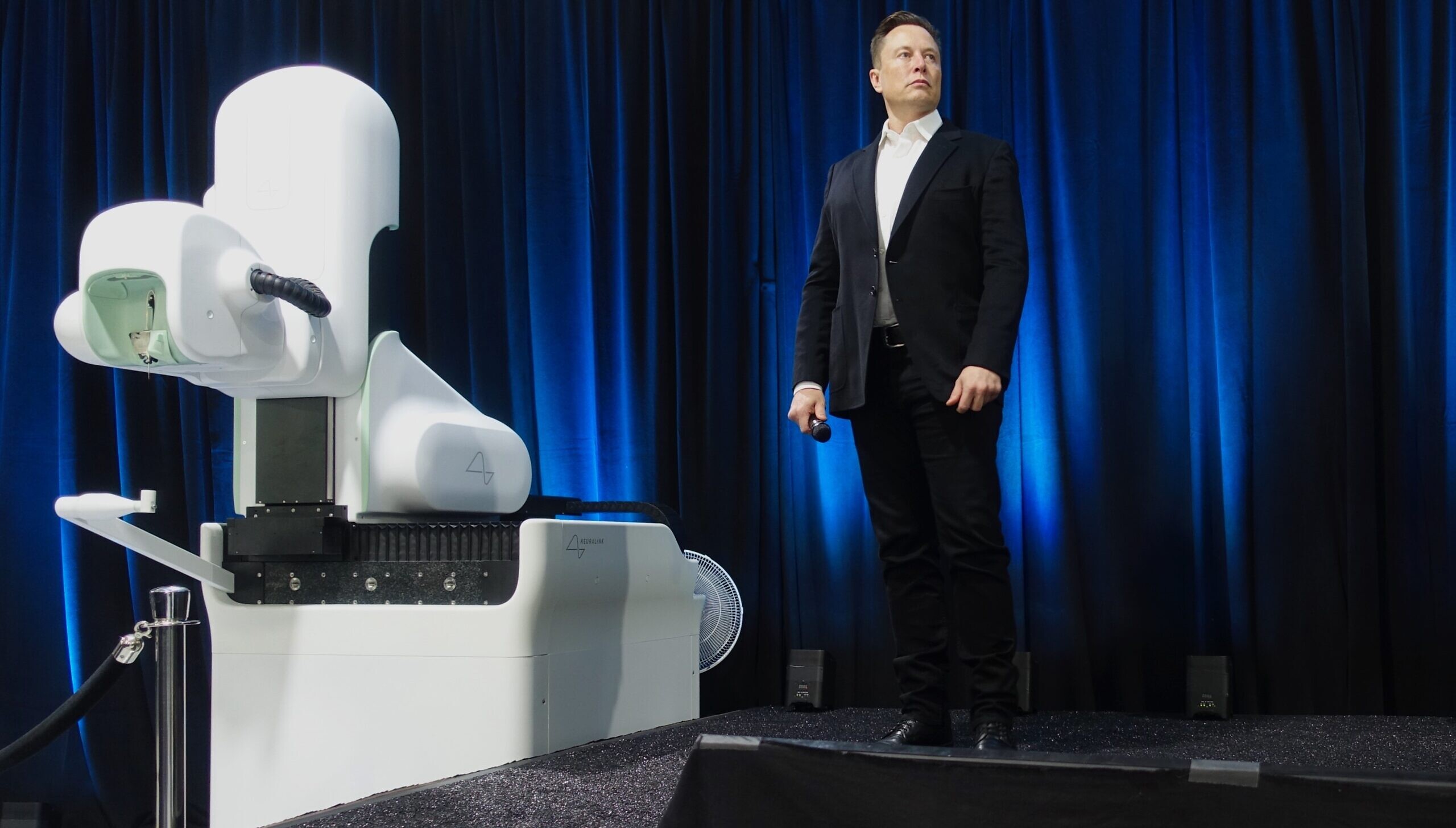 Should Everyone Be Afraid of Elon Musk Buying Twitter? - San Diego Jewish World

By Jonathan S. Tobin (JNS) In February, the Anti-Defamation League announced that it had developed what it called an “online hate index” to monitor antisemitism on social-media platforms. The effort was conceived as a way to adequately measure the amount of hate speech being posted on sites like...
www.sdjewishworld.com
You must log in or register to reply here.
Share:
Facebook Twitter Reddit Pinterest Tumblr WhatsApp Email Link
Top