This is just so wrong!!

Lurking009 said:
Conquest in the early days, lineage later on. Big picture: God has allowed it.


> Excellent question! God allows kings, queens, emperors, pharaohs, etc. to rule and have authority. Even tyrannical rulers in the Roman Empire were allowed to exist to carry out His purpose and will, whether they even realized it or not -

Pro 21:1 The king’s heart is like channels of water in the hand of the Lord; He turns it wherever He wishes.

Acts 4:27 Indeed Herod and Pontius Pilate met together with the Gentiles and the people of Israel in this city to conspire against your holy servant Jesus, whom you anointed. 28 They did what your power and will had decided beforehand should happen.

1 Peter 2:13 Submit yourselves for the Lord’s sake to every authority instituted among men: whether to a king as the supreme authority, 14 or to governors, who are sent by Him to punish those who do wrong and to commend those who do right. 15 For it is God’s will that by doing good you should silence the ignorant talk of foolish men.

Rom 13:1 Let every person be in subjection to the governing authorities. For there is no authority except from God, and those which exist are established by God. 2 Therefore he who resists authority has opposed the ordinance of God; and they who have opposed will receive condemnation upon themselves.

John 19:10 “Do you refuse to speak to me?” Pilate said. “Don’t you realize I have power either to free you or to crucify you?” 11 Jesus answered, “You would have no power over me if it were not given to you from above.”

1Pet 2:17 Show proper respect to everyone: Love the brotherhood of believers, fear God, honor the king.

> It doesn't mean rulers are necessarily just, kind, and fair. Consider Pharaoh or Nebuchadnezzar from the Bible as examples -

Jer 27:4 Give them a message for their masters and say, ‘This is what the Lord Almighty, the God of Israel, says: “Tell this to your masters: 5 With My great power and outstretched arm I made the earth and its people and the animals that are on it, and I give it to anyone I please. 6 Now I will give all your countries into the hands of my servant Nebuchadnezzar king of Babylon; I will make even the wild animals subject to him. 7 All nations will serve him and his son and his grandson until the time for his land comes; then many nations and great kings will subjugate him.

> Christians will disobey authority if it conflicts with God's Word, such as being forbidden to preach the gospel. Other than that, God has been clear that we're to be obedient -

Acts 4:18-20 And when they [rulers and elders] had summoned them [Peter & John], they commanded them not to speak or teach at all in the name of Jesus. But Peter and John answered and said to them, “Whether it is right in the sight of God to give heed to you rather than to God, you be the judge; for we cannot stop speaking what we have seen and heard.”

> The takeaway is that if God wants a ruler, empire, or nation gone, they're done and over according to His will. Nice to know no matter how insane things get, He's still in control.
Click to expand...

Well I think that saying God allows everything that happens pretty much ends any discussion about anything that ever has happened. But just because God allows everything that happens doesn't make it any easier to deal with all the Evil that people have to deal with everyday. Is it alright if I ask God to perhaps not allow so much Evil to happen and perhaps give us lowly peons a break once in awhile?

eyes@wide@open said:
This is just so wrong!!

He is a compleat predator who attacks even his own offspring... Evil.

seems like the queen was on the same wavelength.....
L

Doomsday Cult Mom said:
Well I think that saying God allows everything that happens pretty much ends any discussion about anything that ever has happened. But just because God allows everything that happens doesn't make it any easier to deal with all the Evil that people have to deal with everyday. Is it alright if I ask God to perhaps not allow so much Evil to happen and perhaps give us lowly peons a break once in awhile?
Click to expand...

I get what you're saying, and life isn't easy to understand. I think of the U.S. as an example. It's still free to some extent, but when the government is corrupt and working behind the scenes to keep evil in power, voting seems pointless. I'll continue to vote and be a good citizen, but it's really out of my hands. I fervently pray God will intervene, but I also accept God allows suffering in order to bring people back to God. There is also the possibility that God is done with the U.S. Not much help, I know, but I trust in God's ultimate justice in His time as well as His ultimate righteousness. I'm not saying it's easy, but all I can do is be patient and wait, and that's really the point: To rely completely on God.

1 Pet 5:6 Therefore humble yourselves under the mighty hand of God, so that He may exalt you at the proper time, 7 having cast all your anxiety on Him, because He cares about you. 8 Be of sober spirit, be on the alert. Your adversary, the devil, prowls around like a roaring lion, seeking someone to devour. 9 So resist him, firm in your faith, knowing that the same experiences of suffering are being accomplished by your brothers and sisters who are in the world. 10 After you have suffered for a little while, the God of all grace, who called you to His eternal glory in Christ, will Himself perfect, confirm, strengthen, and establish you. 11 To Him be dominion forever and ever. Amen. 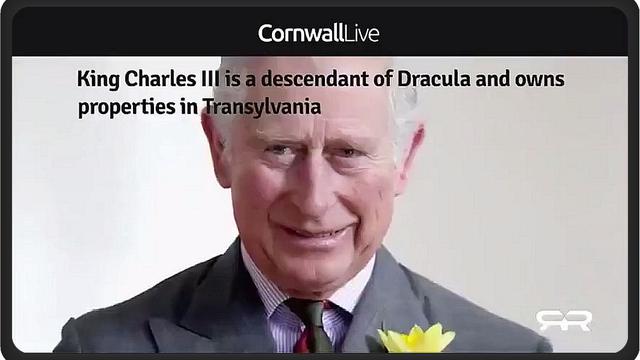 The Dark Ugly History of the Royal Family - Greg Reese

Greg Reese - The Dark Ugly History of the Royal Family - Greg Reese - Though they may claim to be blue blood the stories of their deeds sound nasty, nefarious, and just evil. When I hear of children being sacrificed, I always think about the cult th… 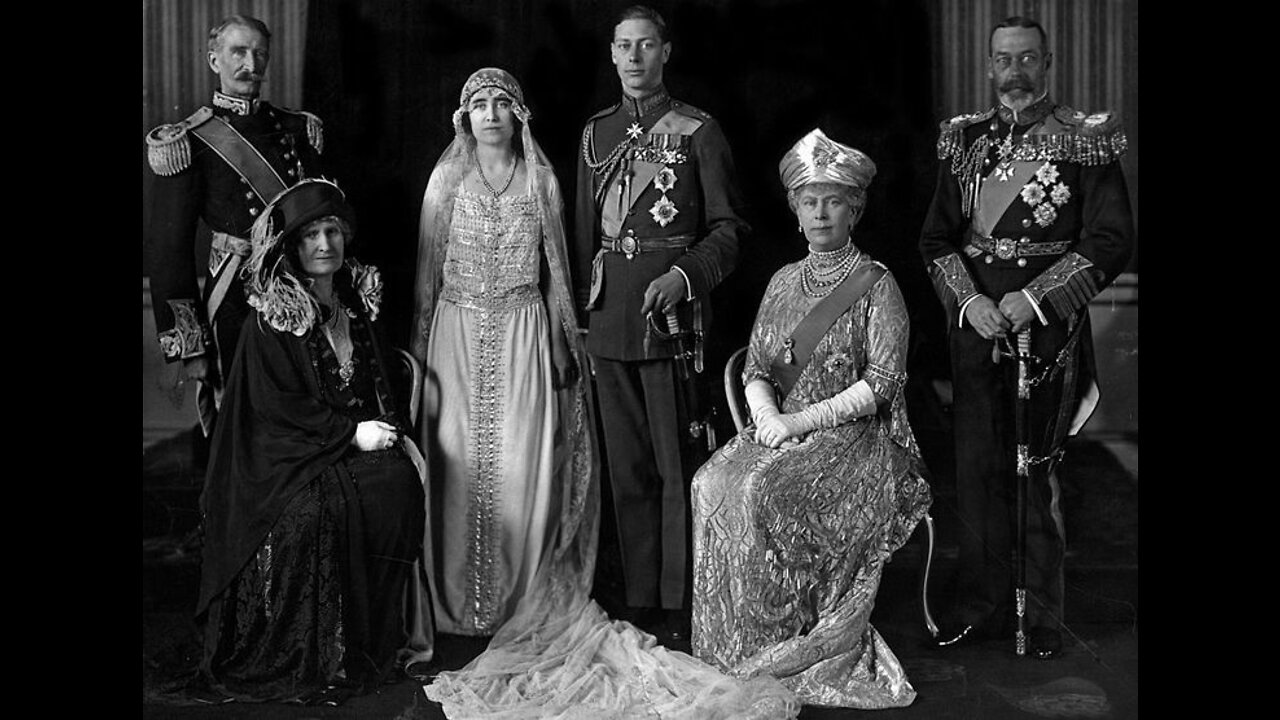 The NOT so delightful legacy of the British Royal family…

bit of a difference eh 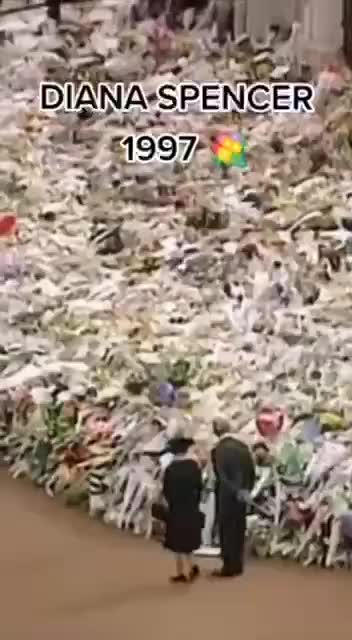 e-Enoch said:
He is a compleat predator who attacks even his own offspring... Evil.
Click to expand...

They don't even bother hiding it anymore

For those who don't know this already. 5.8 trillions. 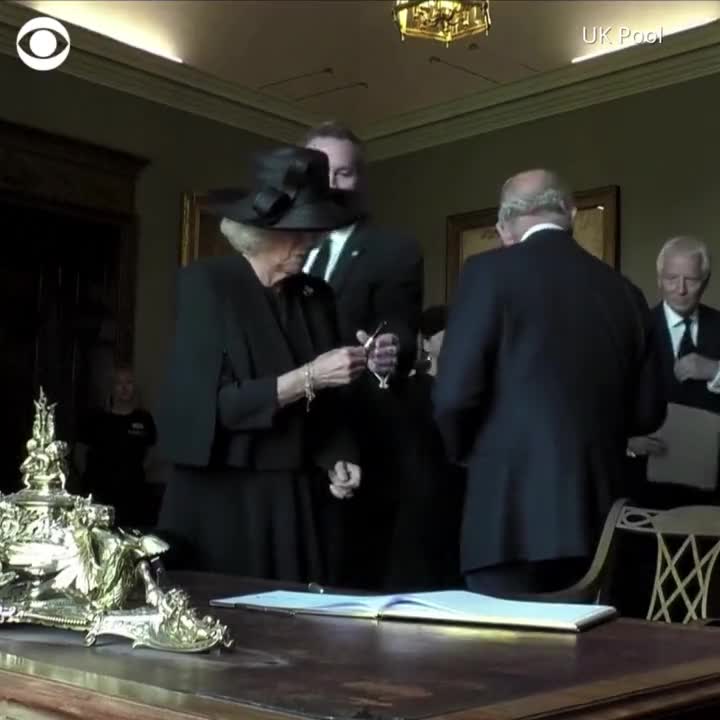 King Charles gets frustrated with pen Irrefutable Facts about The British Throne and Christ - Gibraltar Messenger

Everyone not with Christ is against Him. The Scriptural Marks of Christ and of the True People Israel offer proof that The British Throne IS the Davidic Throne of Israel; that Coronation Stone, Jacob's Pillar, Stone IS The Throne. God prevented Elizabeth or her heirs from being crowned upon it...

Doomsday Cult Mom said:
Well I think that saying God allows everything that happens pretty much ends any discussion about anything that ever has happened. But just because God allows everything that happens doesn't make it any easier to deal with all the Evil that people have to deal with everyday. Is it alright if I ask God to perhaps not allow so much Evil to happen and perhaps give us lowly peons a break once in awhile?
Click to expand...

What we don't seem to realize is that we, the people (the lowly peons) get exactly the leader we deserve.

God has given us all free-will, and these circumstances to teach and test us, to see whether we will choose good or evil. It is our own individual and collective thoughts, words and actions that create the evil we see today, manifested in this physical world.
Last edited: Sep 16, 2022

Just following orders said:
Piers 'taking one for the team'.
Click to expand... 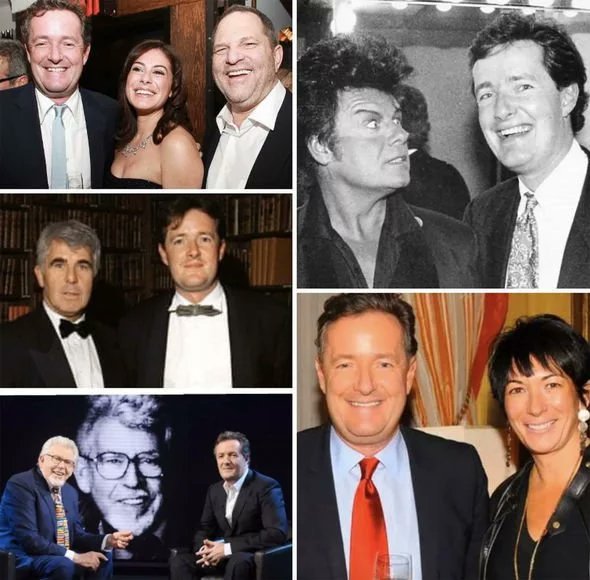 What's been wondered is whether this sequence of events -- Elizabeth's passing, Charles assuming and another fraudulent coronation ceremony potentially looming -- is precisely what's needed to bring the REAL Stone of Destiny out of hiding at just the right moment.

In other words, if there are Scottish nationalists (and other powerful interests) who are vehemently opposed to Charles, they might bring Jacob's Pillar out of hiding during or immediately after the fake coronation ceremony on the fake stone, while the fake stone and fake king are in England, to expose to the world that Charles is a fraud and a criminal.

If that were to happen, then by extension it would become apparent to the entire world that the coronation that took place on the 2nd of June in 1953 was also a fraud, perpetrated on the same fake stone, at which time there could be significant ramifications not only for Charles and the family fortune, but also concerning the history books as well, which might strip Elizabeth of her title as the longest reigning monarch, instead branding her as the criminal perpetrator of the world's largest and longest running scam.

If Elizabeth was the head of the NWO, as Dr. John Coleman said, then she would have made a lot of very powerful enemies over the past 70 years who, in turn, might want to do everything in their power to ensure Charles doesn't get away with this and that the entire family is publicly shamed and stripped of their wealth and power.

And Charles, unlike Elizabeth, doesn't enjoy a favourable public opinion. People have not forgotten his association with known child-trafficker and paedophile Jimmy Saville, nor have they forgotten Diana, and how convenient" it was for Charles and the rest of the Royal family for her to die "in a unfortunate accident". Based on the available evidence, most believe Charles and the others had Diana murdered, which certainly appears to be the case.
Y