vancityeagle said:
sorry I dont have an hour to spend.
Click to expand...

Noooo you people never have the time to spare to check anything...... but you seem to have plenty of time to be pushing msn narratives on a conspiracy forum.


vancityeagle said:
second according to wikipedia 413 were wounded, not 604 so your numbers are off by a third.
Click to expand...

Ffs, your quoting me figures from Wiki as evidence? Do you know how many times those figures have changed over time?

Lol at you. If I were you I'd go back to David Icke forums under a hidden identity. You are pissing in the wind here with me.

Apparently her name is Karen Creavin, she can be seen here in this report from the 55 second mark.

I have found footage of a Jihadi beheading video being shot in a studio on green screen. Will try find and post.

I could be wrong but these people are often used for different events.

It's good to see that there are still people out there taking apart mainstream narratives.

Here is a very good analysis of the victims testimonies from the Arianna Grande concert.event.

The education system and the msn have collectively conspired to create a generation of docile and incomplete citizens, hence where we are today.

back to the original topic...
this is a classic compilation. 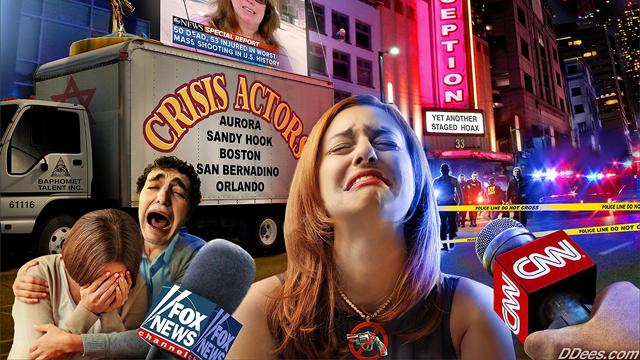 polymoog said:
back to the original topic...
this is a classic compilation.

Could easily add the many in this thread to make this a feature length production. 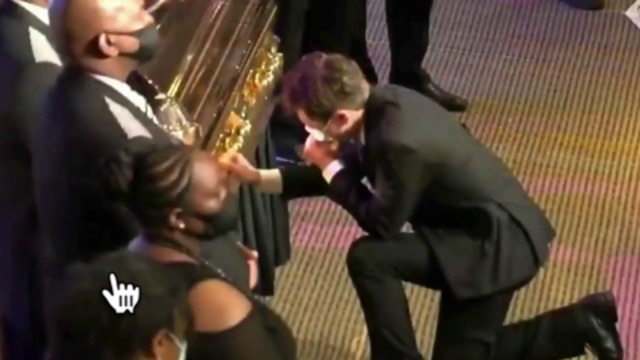 It's 3 years to the day where the world watched the long, slow almost ritualistic burning of the Grenfell Tower building. A building full of ethnic minorities taking up a bit too much space in the heart of Britain's most expensive borough, a harsh lesson in the methods of modern day gentrification would follow.

It was the biggest loss of life to fire in the UK since the second world war with 72 people to have been reported to have died but as of today, 3 years on, not a single person has been made responsible for what happened on the night.

As in all major events that just seem to randomly occur we were given fore warning of this event. It was this particular song and video that got me looking into predictive programming.


It was when I discovered that this video was shot at Trellick Tower, a neighbour of Grenfell tower which itself had it's own fire which was attended by the same fire crew that attended Grenfell that it became clear to me that the Grenfell Tower fire was a staged event. Maybe Trellick was the original plan, who knows? 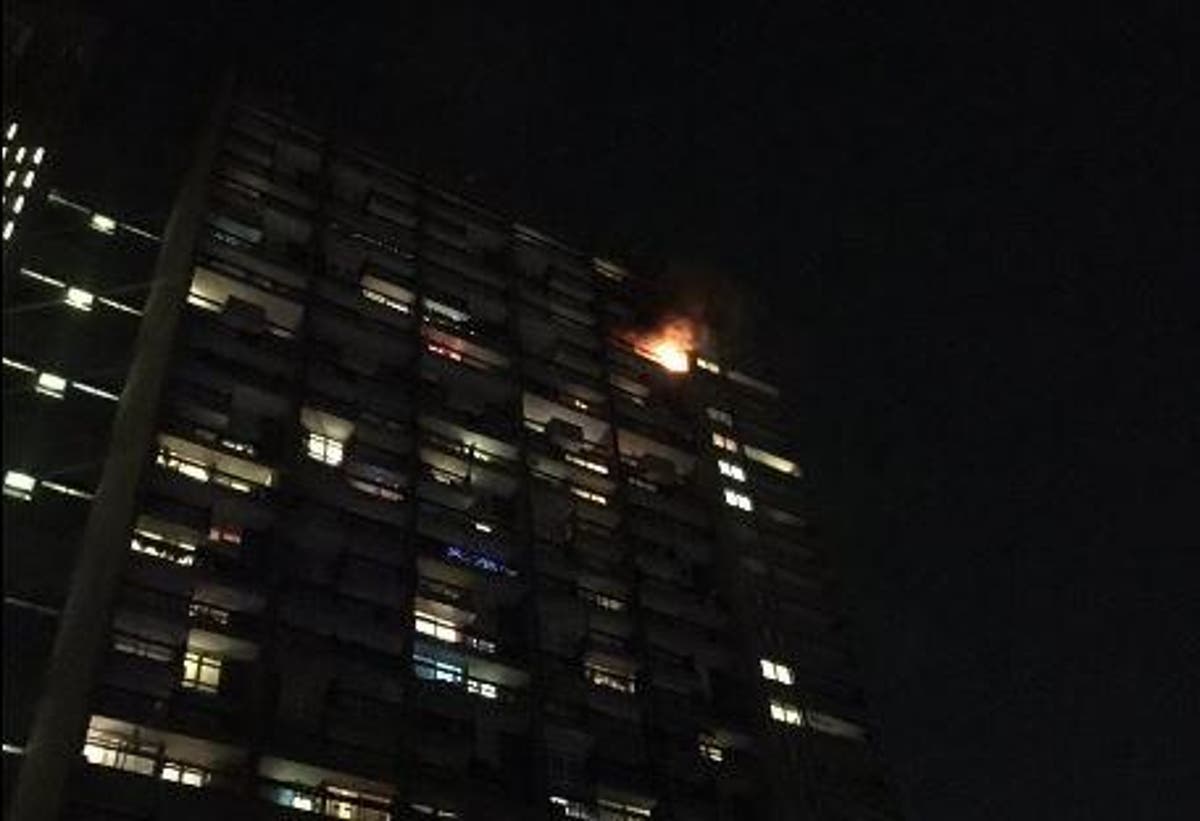 A fire which caused 200 people to flee their homes in an iconic tower block was likely caused by a thrown away cigarette.

On the morning of the 15th June the media began it's campaign, introducing us to a number of ethnic minority victims all with emotionally charged accounts of miraculous escapes. But their stories just didn't sound right, something was wrong here.

As a result of this I decided to investigate these people further. I spent over a year analysing every interview they gave to the press then cross referenced this with the evidence they submitted on oath to the public inquiry (which still trundle on pointlessly today). What were the results of this? As I had suspected these alleged victims stories were all fabricated. All of them.

I've since found a piece of film that have at least 3 of these crisis actors featured. The performance of the rest of the cast of this film strike me as highly unconvincing so I'd hazard a guess that every single participant of this film were acting.

The Grenfell Tower event was to raise up racial tensions, lots of ethnic minorities on the tv claiming they were being mistreated by our Government to ignite right wing hatred.

RIP to all the victims of the Grenfell Tower fire.

Over to the disaster thespians.. 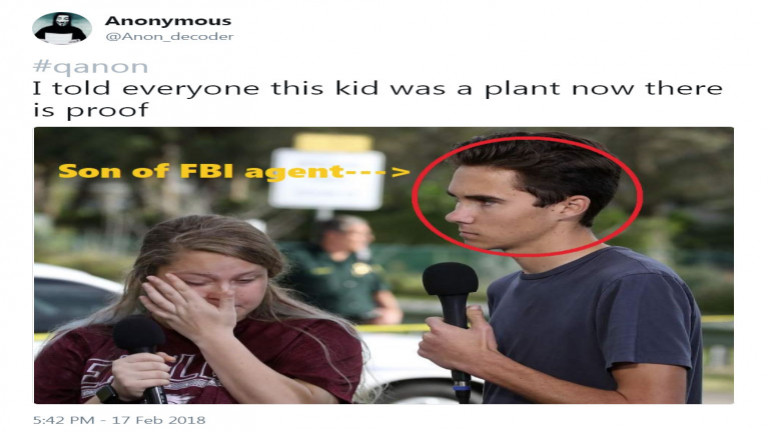 Forgot all about the Andy Moss one. He deserves his very own slot.

They would only utilize him again with some chopped onions.

This is a valuable insight into tbe purpose of false flags and psy ops. Considering it is now over four years old, I think today, after what we have all just experienced, these wise words hold more value than ever before, as it plays out right in front of our eyes. 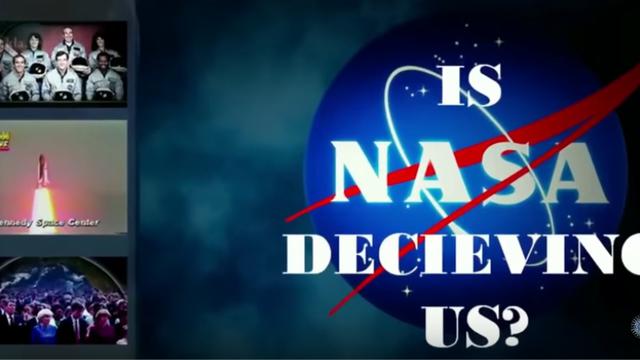 anyone have this challenger hoax in english?

Bad script, bad direction, and most of all - bad acting.

Frank Badfinger said:
Bad script, bad direction, and most of all - bad acting.

It could be all the plastic surgery and / or botox. Not that there is anything wrong with that.

She does look terribly alert, though.

ginsburg is now officially dead. i believe she had been dead and TPTB just took her out of the icebox now since the panic of covid isnt doing it anymore and the left was getting a bit tired of rioting for BLM. ginsburgs death throws another log on the fire... at least for a few weeks. they can have another event and then cruise towards the US election fiasco/rioting which should last a few months, at least.

I was thinking of sending this thread to crest fallen Trumpa Lumpa to help him prove his theory on fake news.

If he would have backed up his claims with a bit of evidence, like me then maybe more people may have fallen for him

I've just came across this quote. I think it fits this thread the best.

Interesting development at the farcical Grenfell Tower Inquiry but let me just re-,post this, I've copied it from a thread from elsewhere. I will embolden the important part.

Re: 24 Storey Tower on Fire in Kensington - dies

Unless that building's recent renovations used only the most combustible materials known to man I'm struggling to see a fire caused and propagated by natural causes here.

As I'm writing this the tower is still burning...34 hrs later! The pictures on TV show how intense the flames were. How can a fire rage like that unless there was materials throughout that building that were extremely flammable?

The point being if you would have saturated a 28 storey stone constructed block of flats in petrol and set it alight it wouldn't have burned with the same intensity as what we have all witnessed here.

The fact that all the residents had specific instructions to stay in their rooms in the event of a fire is even more disturbing, especially when there was no sprinkler system in place. The fact that over 90% of the residents were Muslims also could be used to inflame religious tensions is also very worrying.

London Bridge attack, Manchester concert and now this?...... And more worryingly, what's next?
=================================
This stood out to me immediately as suspicious as the people paraded in front of the TV cameras as victims of the fire were all heavily overstating the ethnic minority aspect. This prompts me to make this.post a few days later.

Re: 24 Storey Tower on Fire in Kensington - dies

... absolutely perfect for raising Muslim tensions even more. But they didn't stop there, the very next story...

...Adding more injustice, raising the stakes even higher, and now...


... The MSM agenda is not even hidden anymore, it's now very obvious.

You can see here how the media used a very subtle technique of interviewing a white middle class lady, who just happens to be ex military, who was witnessing the fire from a building nearby with lots of ethnic minorities who were affected in a much more direct way. 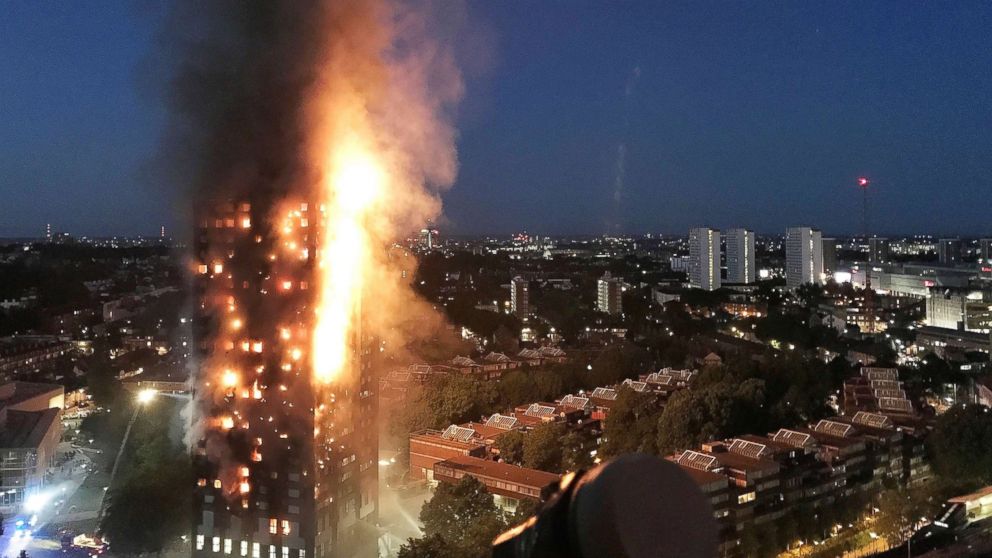 Four people made it out of Grenfell Tower apartment 113 alive. Four didn't.

The agenda that the media trotted out has now been introduced into the shambolic public inquiry/cover up which is still playing out today.

All you need to do is listen to the first 20 minutes of this video to see the agenda unravelled along with the chairman's pitiful response.