Standing up to the new religion of “Wokeism”

AliceInBlunderland said:
No, Paul is awake; not the same as "woke".
Click to expand...

"The soul is undergoing a dream from which it must awake. This dream represents our association and identification with the world. The fact that it is described as being a dream means that whatever is in it has to be false. Nothing in a dream can be true. Waking up from that dream is the ultimate goal, Self-realization." -- The main theme of "Yoga Vasistha"

To be a living being ("I am“) is not the ultimate state; there is something beyond, much more wonderful, which is neither being nor not-being, neither living nor not living. It is a state of awareness, beyond the limitations of space and time. The same source of the will (desire) to live, a source deeper even than life itself . The 'I' is there even without the 'am'. -- Shri Nisargadatta Maharaj

Indoctrination is when ideologues ingrain lies, half truths, spin, and conjecture into people. The propagandists prefer young people, as they are easier to mold and shape into the lumps they desire. Propaganda is repeated loudly and often, forming irrational concepts with ear tickling possibility, dazzling techno babble, and mystical claims of 'deep insight!'

Historically and currently, indoctrination is used by power hungry controllers. They need the loyalty, fealty, devotion, and self sacrifice of people, to kill and die for the manipulator's beliefs. Jihadists are promised guaranteed paradise, if they die in a holy war against infidels. Kamikaze pilots also believed that they would receive great honor in the afterlife, aligning themselves with the 'Divine Wind' of self sacrifice.

State devotion and Nationalism is more than loyalty to a geographic location. An ideology.. a religion.. is also used to pump up the faithful to kill and die for the 'Cause'.

The prevailing religious belief that is indoctrinated now, in the post Christian West, is Naturalism. A combination of Marxism and Darwinism form the basis of this belief, which is indoctrinated by agenda driven ideologues. Almost every state institution is controlled by these ideologues, who pound the drum of naturalism, censoring and banning any mention of the diametrically opposed ideology:

Marxism advanced throughout the 20th century, indoctrinating the belief that self sacrifice for the collective was the Highest Virtue. A 'New Man!' was the goal, that Party leaders could help evolve, by rewarding loyalty to the Party, and ..eliminating.. inferior throwbacks of bourgeois capitalism. A purely materialistic worldview formed the basis for this ideology. No God. No afterlife. No purpose other that self sacrifice for the collective. The 'Divine Wind' that True Believers can kill and die for is Naturalism. The jihad is for a collectivist utopia, that Naturalism will produce, if the remnants of superstition and the 'opiate of the masses!' can be eliminated.

Millions of people were ..purged.. by marxist ideologues.. Stalin, Mao, Pol Pot, Castro, Guevara, and many more tried with deadly seriousness to evolve this 'new man!'

This same marxist ideology, combined with the naturalistic beliefs in Darwinism, form the basis for state indoctrination, now. Loyalty to the state is the primary goal, not acknowledging the Creator.. not Natural Law.. not the American Ideal born in the Enlightenment.

Young and old are indoctrinated by a constant propaganda stream from state controlled institutions. They are ingrained with triggered hatred for anything relating to the Creator, and especially Christianity, which is their mortal enemy.

Violent acts are increasing, as the hatred for traditional Christian values, devotion to God, and a Spiritual worldview are demonized and blamed for the evils that are actually caused by naturalism.

I have called this naturalistic worldview 'Atheistic Naturalism', but it is redundant. Godlessness is assumed, under the banner of naturalism. Oh, you can believe in a god, if you want, but it is a toothless god, not the Almighty Creator of the universe. The gods of naturalism are impotent, sadistic, powerless, and mostly just pace about in some cosmic dimension, wringing their hands, wishing people would believe in them, and be nice. That is all the gods of Naturalism expect, if you need a god to believe in.

State indoctrination has been part of the human experience for millennia. Every generation; Every State; Every power hungry manipulator makes nationalistic, ideological, and religious appeals, to build a loyal base of followers who will kill and die for the Cause.

Atheistic Naturalism is the majority worldview, that state controllers indoctrinate, now. Almost every country, now, has naturalism as the mandated belief, established by law, and pounded into young people from infancy.

Western civilization has abandoned its Judeo/Christian roots, born of the reformation, igniting the Enlightenment and the scientific revolution, and forming the basis of the American Experiment.

Loyalty to the State is the Highest Virtue, in the naturalistic worldview. Submission and obedience are demanded, not Reason; not critical thinking; not scientific methodology; not skepticism.

Could you be a victim, or product of State indoctrination?

How could you NOT be?

Do you think that the propaganda from state ideologues might be lies? Perhaps it is designed to divide you from your Maker, not build a fantasy utopia on earth? Perhaps it is a continuation of defiance toward the Creator, with man as his own god?

Don't be a dupe to State indoctrination. Don't be fooled by the propaganda and lies, streaming constantly from these manipulators. Your Creator IS. Break free from the fog of state manipulation, anti-Creator propaganda, and seek reconciliation with your Maker. Wake up! Your soul is in mortal danger! Why should you die in ignorance and engineered stupidity? Seek your Creator. Get to know Him, through the Mediator He has provided. There is nothing more important.

As the whole narrative seems to be grounded in the “persecuted minority” line, perhaps the best solution would be to avoid story hour and read a proper book instead?! 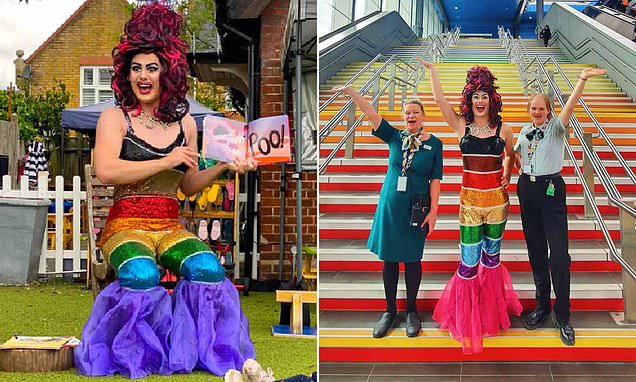 Protesters who stormed a library drag queen story hour in Reading have vowed to target future performances and hinted at further action by declaring the 'first phase' was done.

As the whole narrative seems to be grounded in the “persecuted minority” line, perhaps the best solution would be to avoid story hour and read a proper book instead?!

Protesters who stormed a library drag queen story hour in Reading have vowed to target future performances and hinted at further action by declaring the 'first phase' was done.

Sadly we have become a Romans 1 society.

EXCLUSIVE: What they did was despicable...I should never have changed gender at 16: Brave young woman reveals her story after damning report finally forced the closure of the controversial Tavistock clinic 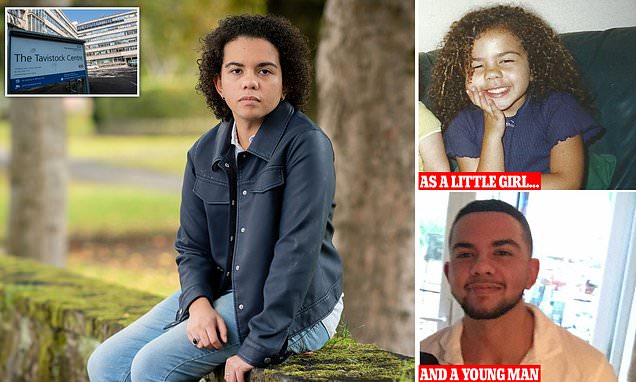 Keira Bell, who was born female and transitioned to male, has spoken about the physical and psychological impact of her treatment for gender dysphoria by doctors at the Tavistock clinic.

What is a woman? 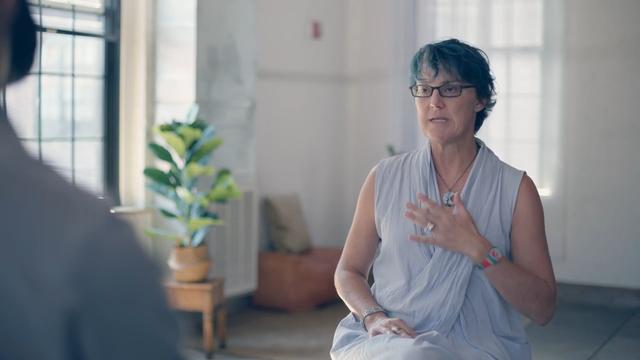 What is a woman?

Mirror of What is a Woman documentary by Matt Walsh

1hr 34 min doc.
watched this one this weekend.
these people are completely nuts.

Top U.S. child health body is accused of pushing trans-identifying teens towards 'nuclear option' of puberty-blockers, hormones and eventually surgery - and blocking a review into its practices 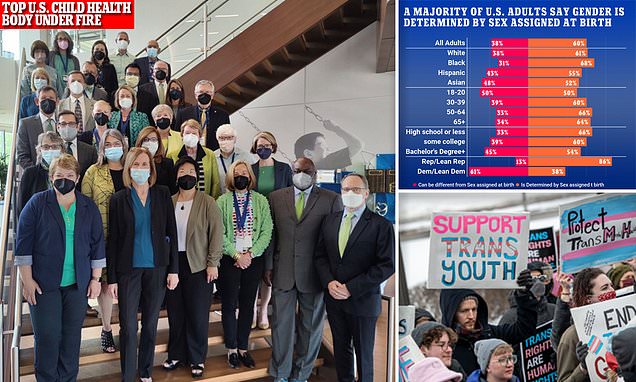 Critics say the American Academy of Pediatrics is blocking efforts to review its policy on 'gender-affirming care' for trans-identifying youngsters at its leadership meet in Chicago this week. 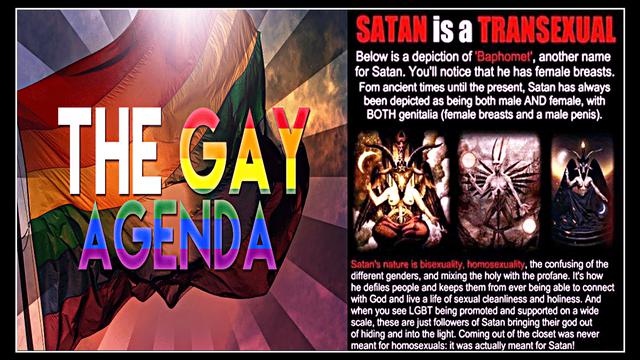 "its a 5 stage process of cultural conquest... it begins with a request for tolerance. then its a demand for acceptance-- an equal status... then it becomes a celebration and is promoted as a good, valuable thing.... then comes forced participation of gay culture... then comes punishment of everyone who disagrees.''
Last edited: Sep 4, 2022

full disclosure: i have not fact checked this.

full disclosure: i have not fact checked this.
Click to expand...

It doesn't matter. People believe what they want to believe.

Alanantic said:
It doesn't matter. People believe what they want to believe.
Click to expand...

i might also add that anyone who sees a video of any degenerate LGBTQ pride day event should be inclined to trust those stats rather than ignore them.
T 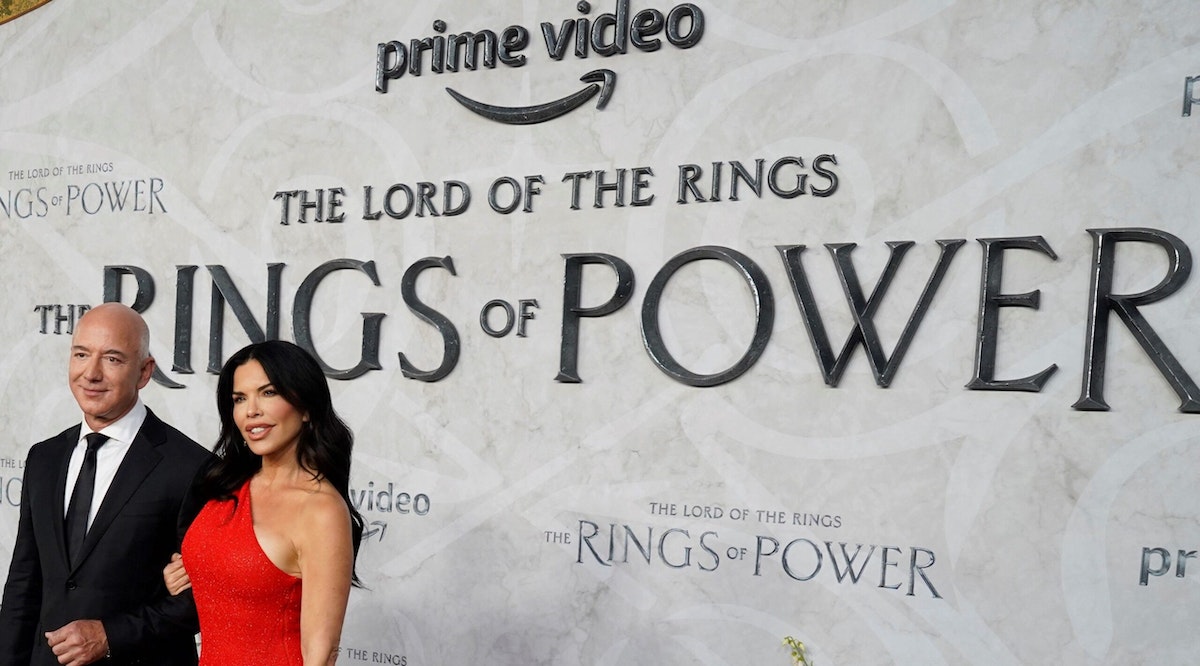 Not a “woke” show really.

What isn't woke about it?
T

I thought about it but there aren't enough non woke shows out there to make a thread about them really.
I dont watch that many streams either. But if you know of more, make a thread!

Terminator Resistance said:
But if you know of more, make a thread!
Click to expand...

Terminator Resistance said:
What isn't woke about it?
Click to expand...

The writers are running agendas? Sure, like every show. They have men impersonating women. Outside of that and many other “normal” shows, nothing major.

Woke? No, they’re asleep as are most people. People like to misuse words and they have been misusing woke for a long time.

If you’re hooked into the matrix, you are asleep. Most people are.
T

free2018 said:
The writers are running agendas? Sure, like every show. They have men impersonating women. Outside of that and many other “normal” shows, nothing major.

Woke? No, they’re asleep as are most people. People like to misuse words and they have been misusing woke for a long time.

If you’re hooked into the matrix, you are asleep. Most people are.
Click to expand...

The whole show revolves around Galadriel, who represents the "strong independant female who is better than all the men". Men are shown as cowards or idiots. Then they decided to add black characters where there are none in Tolkien's work. It's pure woke. I don't think you understand what "woke" means anyway, it's meant as sarcasm.
You must log in or register to reply here.
Share:
Facebook Twitter Reddit Pinterest Tumblr WhatsApp Email Link
Top