I came across an article this morning that illustrated the kind of discussions I have had a time or two:-

A 3,000-year-old defensive wall found in Jerusalem might be unprecedented archaeological support for a Bible passage on King Solomon.


A 3,000-year-old defensive wall possibly built by King Solomon has been unearthed in Jerusalem, according to the Israeliarchaeologist who led the excavation. The discovery appears to validate a Bible passage, she says.

The tenth-century B.C. wall is 230 feet (70 meters) long and about 6 meters (20 feet) tall. It stands along what was then the edge of Jerusalem—between the Temple Mount, still Jerusalem's paramount landmark, and the ancient City of David, today a modern-day Arab neighborhood called Silwan.

The stone barrier is part of a defensive complex that includes a gatehouse, an adjacent building, and a guard tower, which has been only partially excavated, according to Eilat Mazar, who led the dig for the Hebrew University of Jerusalem.

Over the years, the structures have been partially demolished—their building materials scavenged for later structures—and what remained was buried under rubble, Mazar said.

The Bible's First Book of Kings—widely believed to have been written centuries after the time period in question—says Solomon, king of Israel, built a defensive wall in Jerusalem. The new discovery is the first archaeological evidence of this structure, Mazar says.

Bearing Out a Bible Passage?
Ancient artifacts found in and around the complex pointed Mazar to the tenth-century B.C. date.

"We don't have many kings during the tenth century that could have built such a structure, basically just David and Solomon," she said.
According to the Bible, King David, of David-and-Goliath fame, was the father of King Solomon, who is said to have built the First Temple of Jerusalem on the Temple Mount.

Ceramics found near the wall helped narrow the date down, being of a level of sophistication common to the second half of the tenth century B.C.—King Solomon's time, according to Mazar.

Three-foot-tall (one-meter-tall) earthenware storage vessels were found near the gatehouse, one of them with a Hebrew inscription indicating the container belonged to a high-ranking government official.
Figurines typical of tenth-century B.C. Jerusalem—including four-legged animals and large-breasted women likely symbolizing fertility—were also uncovered, as were jar handles bearing impressions reading "to the king" and various Hebrew names, she said.

The artifacts may hint at the area's street life in biblical times. Here ancient Jerusalemites would have gathered around the wall's city gate to trade, settle disputes via street-side judges, engage in ritual practices, and stock up on water and supplies for treks out of the city, Mazar said.

How Reliable Is the Bible?

Tel Aviv University archaeologist Israel Finkelstein, who was not involved in the excavation, agrees that it's possible King Solomon constructed the wall.

But Finkelstein cautioned against leaning too heavily on the Bible to interpret the findings. (Related travel blog post: "In Israel, the Bible Is our GPS.")

Familiarity with religious or historic texts connected to any given site is important, he said, but their usefulness can vary.

"It depends upon the text. Each has its own characteristics, each needs to be approached differently," he said. "There is the question as to when it was written—300 years after, or at the time of the events? What are its goals and its ideology? Why was it written?"

For her part, Mazar believes it's natural for archaeologists excavating in the Holy Land to consult with biblical texts along with other ancient documents.

"I don't believe there is an archaeologist who would excavate a site upon which texts have been written without being familiar with those texts," she said.

A 3,000-year-old defensive wall found in Jerusalem might be unprecedented archaeological support for a Bible passage on King Solomon.

I posted this before, but another recent find shakes the established anti-Biblical narrative... 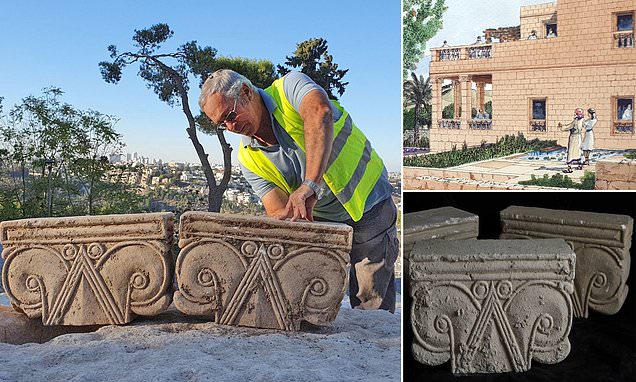 Remains of a 2,500-year-old palace found buried outside of Jerusalem

The palace would have overlooked King Solomon's Temple in the heart of Jerusalem, but is believed to have been destroyed in 586 BC.

Possibly one of the most interesting archaeological dives ever?


p.s. The idea sounds “too good to be true” but it is certainly worth a watch as it documents the scientific approach followed by Leonart Moller and his team. I like evidence that allows for review and cross-examination.

There is a long-standing academic consensus that the story of the Exodus is entirely, or almost entirely, a myth.

This conclusion is partially based on research that assumes the traditional candidate for Mount Sinai in the southern part of Egypt's Sinai Peninsula is legitimate. Although some experts believe in the credibility of that tradition, many have come away disappointed with the evidence (or lack thereof) after a great deal of archaeological excavation in the area.

The result has been a widespread rejection of the historicity of the Exodus story and proposals for over a dozen other mountains as possible candidates for Mount Sinai. Some of these candidates are in Egypt’s Sinai Peninsula, but others are further east in Saudi Arabia.

The Doubting Thomas Research Foundation is a 501(c)(3) non-profit organization dedicated to investigating the historicity of Biblical accounts.

ANCIENT EGYPTIAN MONUMENT RECORDS THE NAME “ISRAEL”
Timothy Mahoney
|
September 18, 2020
| Evidence
SUMMARY: An Egyptian inscription found near the banks of the Nile records the name “Israel.” In this excerpt from the book Patterns of Evidence: The Exodus, Tim Mahoney discusses his visit to the site with Egyptologist David Rohl to discuss the significance of this evidence.

And all the peoples of the earth shall see that you are called by the name of the LORD, and they shall be afraid of you. – Deuteronomy 28:10 (ESV)
Click to expand...

Merneptah Stele: The First Mention of Israel in Egypt

Pharaoh Merneptah of Egypt’s 19th Dynasty was the son and successor of Ramesses II. Ramesses was one of Egypt’s most powerful kings and is thought by many to be the pharaoh of the Exodus. But was Ramesses or someone in his family really the pharaoh who thrust the Israelites out of Egypt? 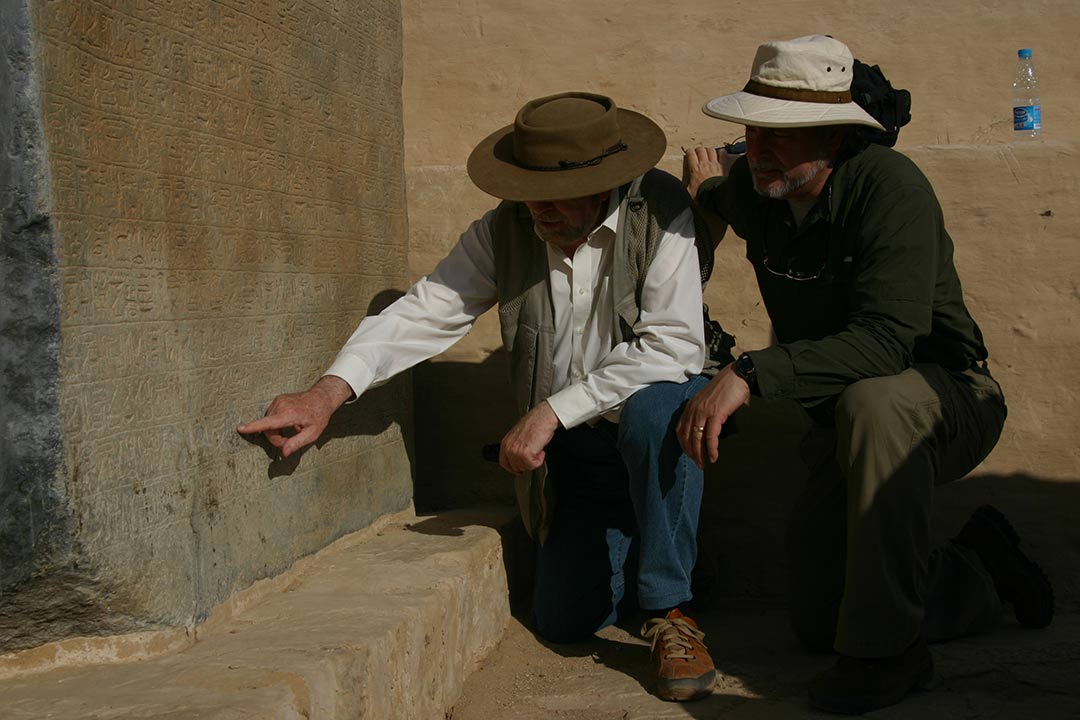 An Egyptian inscription found near the banks of the Nile records the name “Israel.” Tim Mahoney discusses his visit to the site with Egyptologist David Rohl.