Raqqa Taken Over By Iraqian Forces From Islamic State 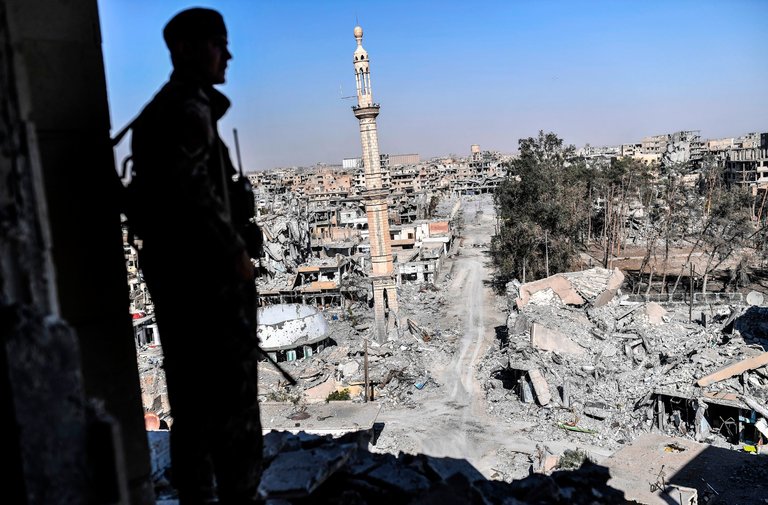 BEIRUT, Lebanon — American-backed forces said on Tuesday that they had seized the northern Syrian city of Raqqa from the Islamic State, a major blow to the militant group, which had long used the city as the de facto capital of its self-declared caliphate.

Celebrations erupted in Raqqa, where residents had lived under the repressive rule of militants who beheaded people for offenses as minor as smoking. Fighters could be seen cheering and firing celebratory gunfire in the streets, according to residents reached by phone and text message.

The United States Central Command stopped short of declaring victory, saying “more than 90 percent of Raqqa is in S.D.F. control,” a reference to the Syrian Democratic Forces, an American-backed militia group made up of Syrian Kurds and Arabs.

Col. Ryan S. Dillon, a spokesman for the United States military in Baghdad, said Tuesday that Raqqa was on the verge of being liberated, but that there were still pockets of the city controlled by the Islamic State. Syrian Democratic Forces officers, however, were emphatic in phone interviews and public statements that they had finally wrested control of the city from the militants after a monthslong campaign.

“The military operation is over,” said Talal Salo, a commander reached by phone at the group’s headquarters in Hasaka.

Still, a spokesman for the Syrian Democratic Forces, Moustapha Bali, said that suicide bombers might still be hiding in the city. An in a video teleconference with Pentagon reporters, Colonel Dillon also said that Islamic State fighters had booby-trapped the city with improvised explosive devices and unexploded ordnance that officials say could take years to remove.

This is a step in the right direction in defeating ISIS.