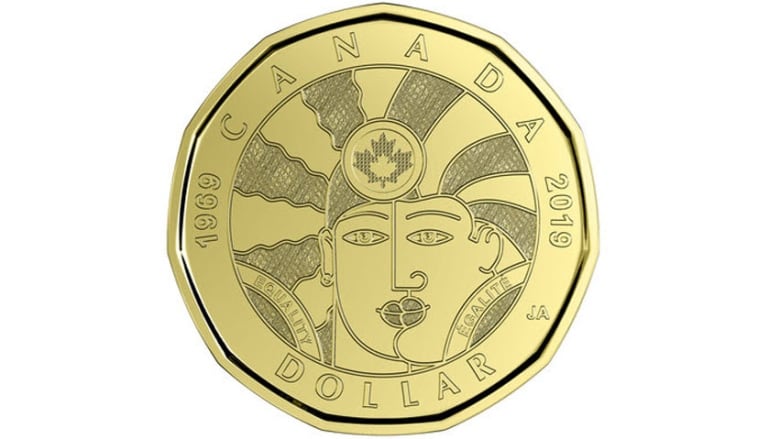 The Royal Canadian Mint unveiled a new commemorative loonie on Tuesday meant to mark what it calls a key milestone for lesbian, gay, transgender, queer and two-spirited people in the country. The new coin, which features the work of Vancouver artist Joe Average, was launched at the 519 Community Centre in Toronto.(Royal Canadian Mint)
The Royal Canadian Mint unveiled a commemorative loonie Tuesday to mark what it called a key milestone for lesbian, gay, transgender, queer and two-spirited people, with the government saying the coin symbolized progress while highlighting the work that still needs to be done to advance equality.
Federal Finance Minister Bill Morneau was amongst a number of dignitaries who gathered in Toronto to unveil the new one-dollar coin that pays tribute to Parliament's passing of legislation that "initiated the decriminalization of homosexuality in Canada" in 1969.
The coin, which is now in circulation, combines the words "Equality-Egalite" with the work of Vancouver-based artist Joe Average.
"For too long, people didn't listen. They didn't extend compassion or empathy or understanding," Morneau said. "Because of that, years ago, people made it a crime to love in Canada. We made being yourself a punishable offence."
Morneau also acknowledged the views of those who've said the coin's theme suggests the work to achieve equality is complete.
"They recognize, as we should all recognize, that we are not at the end of this path," he said. "We have much more to do." 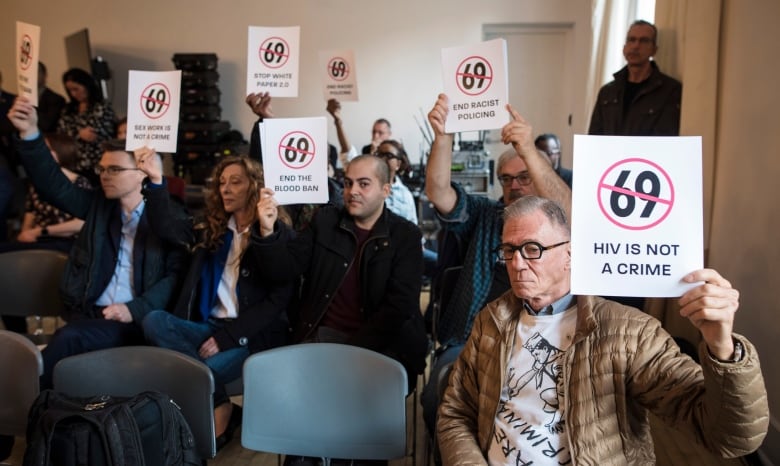 Rights advocates say the new $1 coin mistakenly suggests equality has been achieved. (Tijana Martin/Canadian Press)
Some historians and advocates attending today's unveiling raised concerns about the message behind the new loonie, saying it mistakenly suggests equality has been achieved and largely as a result of the federal government's actions.
The group also held a news conference near the mint's event to challenge myths surrounding the 1969 Criminal Code reform.
Discrimination persists today, historian says


York University historian Tom Hooper, who is part of the group, says LGTBTQ people faced continued criminalization over the decades that followed the legal changes.
He said discrimination against LGBTQ people persists today, noting as examples that trans and queer people of colour still face issues with policing and people with HIV remain subject to criminalization.
The mint "could have consulted people who have knowledge of this history but they didn't," Hooper said, adding he hopes the agency will do so in the future.
He acknowledged no campaign can compete with roughly three million coins but said the project is at least fuelling a public conversation about LGBTQ history.
Still, the ceremony carried an emotional significance for many, including Don Valley MP Rob Oliphant: 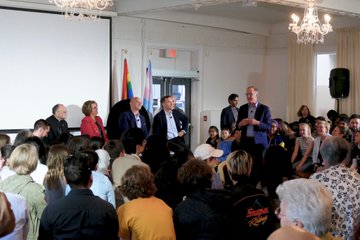 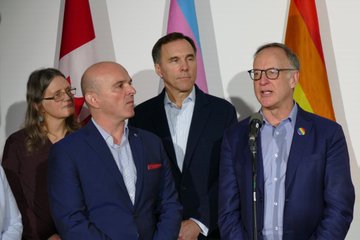 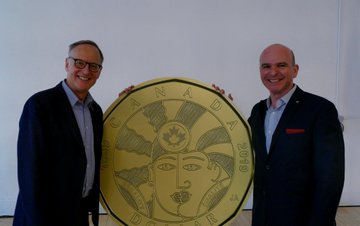 @Rob_Oliphant
I was surprised by my strong emotional response to the Mint’s new coin honouring the struggle for equality of the LGBT+ community in Canada, beginning with decriminalization in 1969 and continuing to this day. As a 13-year old it changed my life. And still changes lives today.
365:29 PM - Apr 23, 2019​
See Rob Oliphant's other TweetsTwitter Ads info and privacy
Rev. Brent Hawkes, a pastor and gay rights activist who spoke at the coin unveiling, said while the legal changes in 1969 were not perfect, they are worthy of celebration.
"When you have laws hanging over your head that say when you love someone very, very much and you practise consensual sex with that other adult person you could be thrown in jail, that is significant," he said.
"In 1969, the government passed a law to end that piece of the terror ... And while it's not perfect, we should not diminish the significance of that moment."
Mint president Marie Lemay said coins made by the agency end up in the pockets and purses of Canadians across the country and contribute to ongoing discussions about the country's identity.
The new coin unveiled today is "inspirational," she said.
"It's our hope that this coin will spark conversation," she said.
"I see this morning it already has and spurred reflection on 50 years of progress, while acknowledging ... that the journey towards full equality for Canadians of all genders, identities, and sexual orientations was hard fought and is not yet over."