Nations taking their places for Ezekiel 38

“The enemy of my enemy…”


BREAKING: Iran's National Security Council to discuss recognition of the Turkish Republic of Northern Cyprus and the establishment of diplomatic ties.

34 The word of the Lord that came to Jeremiah the prophet against Elam in the beginning of the reign of Zedekiah king of Judah, saying,

35 Thus saith the Lord of hosts; Behold, I will break the bow of Elam, the chief of their might.

36 And upon Elam will I bring the four winds from the four quarters of heaven, and will scatter them toward all those winds; and there shall be no nation whither the outcasts of Elam shall not come.

37 For I will cause Elam to be dismayed before their enemies, and before them that seek their life: and I will bring evil upon them, even my fierce anger, saith the Lord; and I will send the sword after them, till I have consumed them:

38 And I will set my throne in Elam, and will destroy from thence the king and the princes, saith the Lord.

39 But it shall come to pass in the latter days, that I will bring again the captivity of Elam, saith the Lord. 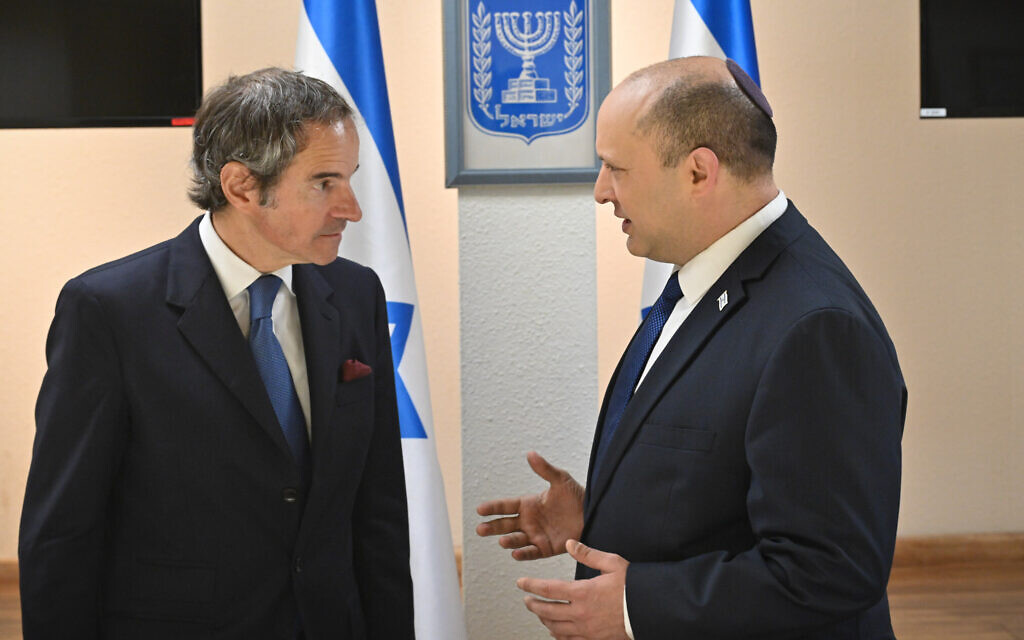 Hosting Rafael Grossi for talks, PM urges use of 'all means' to prevent Tehran from getting nukes, accuses Islamic Republic of concealing atomic work with 'false info and lies'

From Amir Tsarfati on Telegram:

As the new gas rig arrived yesterday to its destination off the shores of northern israel, Hezbollah’s rhetoric escalated. A new reason for a war was born. It’s not anymore about the Palestinian cause. Now it’s about energy! Lebanon claims that Israel’s drilling is on a disputed territory they believe is theirs. Needless to say that according to all international maritime borders maps that’s but the case. This is exactly why Israel isn’t condemned anywhere for invading into Lebanon’s sovereign territory.

As energy prices soars following the war in Ukraine while there are heavy sanctions on Iran and Venezuela’s oil export, we are watching the real reason for the coming Ezekiel 38-39 war.

For decades now I’ve been teaching about this unique war that is very different from the previous wars modern foretold by the prophets in modern Israel. Its not about the name anymore. It’s not about territory anymore. It’s not even about religion anymore. The prophet made it very clear that the aim of this war is mostly financial gain. Spoils of war. As we entered the third decade of this millennium with modern Israel strong secure and very prosperous, there is one major thing our adversaries want - a stake in our newly found sources of energy.

The energy war is around the corner. The war will be brutal. Israel won’t win! The God of Israel will! This supernatural victory will lead the world into a pseudo messianic era. Jews will be ready to accept a man as messiah, build a temple on jerusalem and live in a new world order. The world will worship that man. And once again, this world will rebel against God!


11 And do this, knowing the time, that now it is high time to awake out of sleep; for now our salvation is nearer than when we first believed. 12 The night is far spent, the day is at hand. Therefore let us cast off the works of darkness, and let us put on the armor of light. 13 Let us walk properly, as in the day, not in revelry and drunkenness, not in lewdness and lust, not in strife and envy. 14 But put on the Lord Jesus Christ, and make no provision for the flesh, to fulfill its lusts. (Romans 13:11-14)​

The coalition failed to pass a directive giving Israel jurisdiction over Israelis in the West Bank that has been approved every five years since 1967.

A joint statement of the Israeli foreign, defense and energy ministers:

With its anchoring, the rig is located in Israeli territory, several kilometers south of the area over which negotiations are being conducted between the State of Israel and the Republic of Lebanon, mediated by the United States. The rig will not pump gas from the disputed territory.

The State of Israel prioritizes the protection of its strategic assets, and is prepared to defend them and the security of its infrastructure, all in accordance with its rights.

Bennett: Iran dangerously close to nukes; may get there soon if no Western pressure

As tensions between Iran and the West ramped up this week, Prime Minister Naftali Bennett warned in an interview published Saturday that Tehran was drawing “dangerously close” to producing nuclear weapons.

“Iran is enriching uranium at an unprecedented rate and moving dangerously close to getting their hands on nuclear weapons,” he told the UK’s Telegraph in an interview.

Bennett called on the global community to join Israel and ramp up pressure against Iran’s nuclear program and ambitions.

A senior American official hinted Wednesday that more Arab nations are looking to make gestures to improve relations with Israel as US President Joe Biden readies to visit the region next month.

Biden will travel from July 13 to 16 to Israel, the West Bank, and to a regional meeting in Saudi Arabia, which former US president Donald Trump assiduously courted in hopes the kingdom home to Islam’s holiest sites would recognize the Jewish state.

US Assistant Secretary of State for Near Eastern Affairs Barbara Leaf said that the Biden administration was encouraging greater cooperation between Israel and the Arab nations with which it has relations. 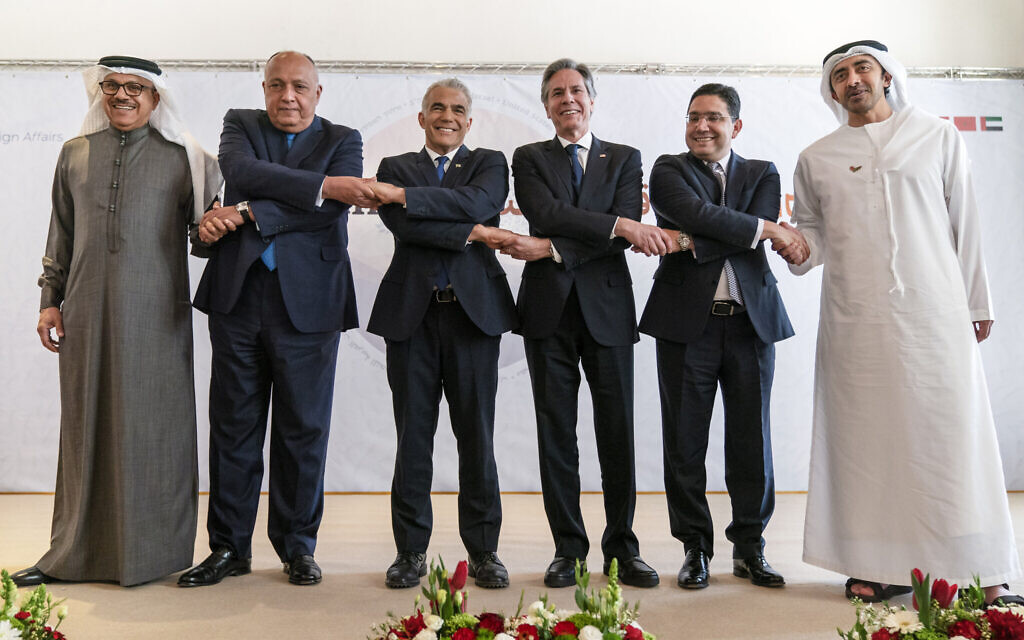 Senior US diplomat tells Congressional panel to be prepared for developments during upcoming Mideast visit; US also said planning 'roadmap for Israeli normalization with Riyadh' 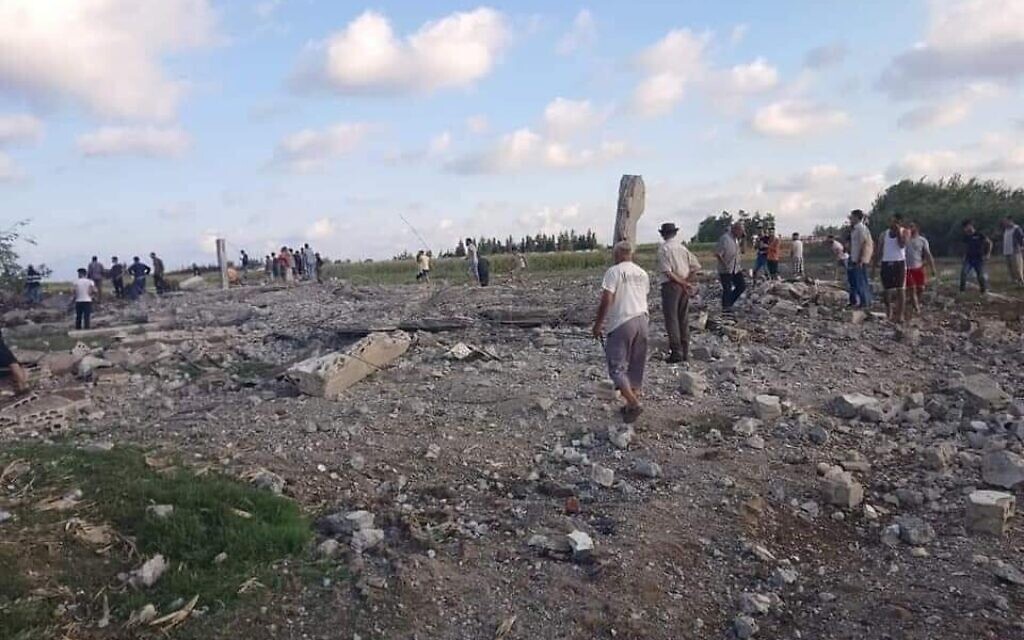 Trade between Russia and Iran has topped $4.5 billion as the two regimes integrate their economies to create a network capable of evading U.S. and international sanctions.

Tehran and Moscow also recently inked an economic deal to carry some 10 million tons of goods from Russia into Iran through a land corridor. This deal "puts emphasis on transit in addition to imports and exports," according to a summary of Afandizadeh's comments published Wednesday in the country’s state-controlled press. This relationship helps to keep Moscow afloat as international sanctions cripple Russia's economy as a result of its war in Ukraine. 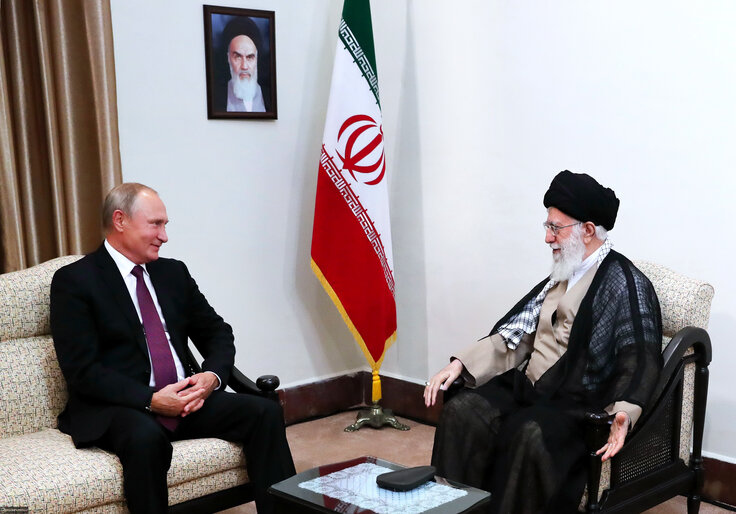 Trade between Russia and Iran has topped $4.5 billion as the two regimes integrate their economies to create a network capable of evading U.S. and international sanctions.

The Liberal Democratic Party (LDPR) has suggested the use of Pravitel, a Russian title, as it is more befitting of Putin's status and role.

The Ezekiel 38 alliance is shaping up!

UAE says: We will not join a regional alliance against Iran -


"Not open to the idea of forming a regional alliance against any country in the region, certainly not Iran - want to build bridges with them" RAMALLAH: US President Joe Biden vowed on Friday not to give up efforts to end the Palestinian-Israeli conflict, but offered no new proposals to restart stalled political dialogue. After a meeting with Palestinian President Mahmoud Abbas in Bethlehem in the occupied West Bank, Biden admitted... 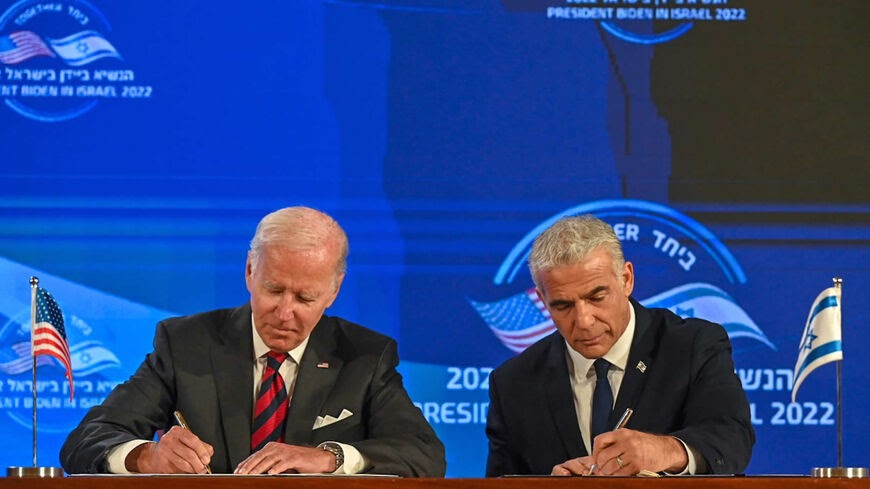 Every prophetic convergence we've witnessed these past 12 years pales in comparison to this one...

In the next two days, the presidents of Russia, Turkey and Iran are expected to meet in Tehran.

According to Russian officials, Putin is also expected to meet with Supreme Leader Khamenei.

This summit comes a few days after President Biden's summit with the Sunni Axis powers in Saudi Arabia and is a kind of counterweight to it.

Iran signs billion-dollar oil and gas agreement with Russian Gazprom. The oil and gas cooperation is the largest in Iran's history.