So now he fired rounds in the hallway to..? They seem a bit desperate to show the public it "really was Paddock shooting" And whats this I hear about him having a break in to destroy evidence?

Vixy said:
Aaaand heeere we gooo! Shooting in Las Vegas at a musicfestival, 2 dead, 12 injured. By The Strip. 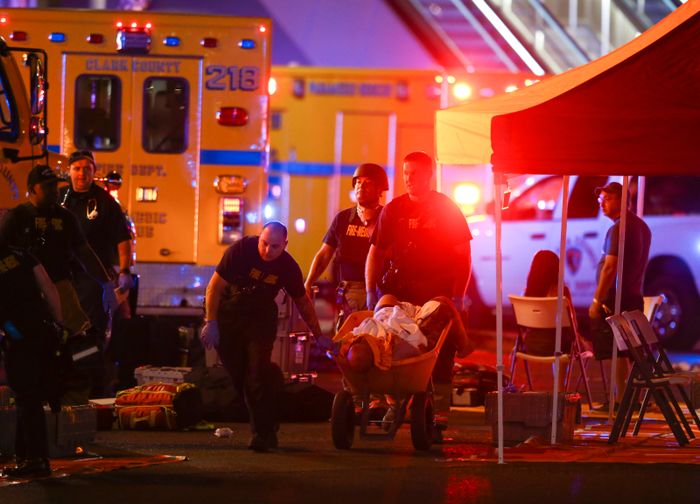 This story will be updated.

Two people are dead and 24 injured — at least 12 critically — after a shooting Sunday night near a country music festival on the Las Vegas Strip, police said.

After reporting that one suspect was “down,” police later said in a tweet: “At this time we do not believe there are any more shooters.”


Witnesses told the Associated Press that they could see muzzle flashes coming from the Mandalay Bay Hotel and Casino’s high floors and described the sound of automatic gunfire.

The shooting appeared to take place near the Route 91 Harvest Festival, a three-day country music concert held over the weekend that reportedly drew 30,000 attendees. The concert grounds are adjacent to Mandalay Bay. The shots began as Jason Aldean, one of the final performers, was playing. 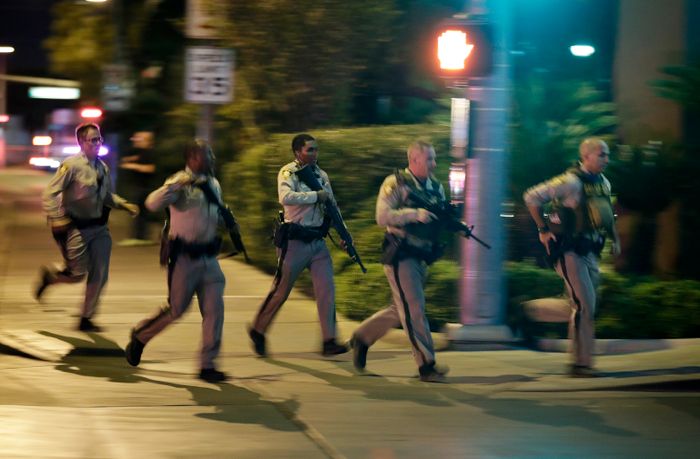 Of course the shooter is shot and/or dead

10:34: The automatic weapon was heard for 3 minutes and the report is that 70 are now injured.

i think David writes it the best

Clear Video of BULLETS HITTING PAVEMENT "During the Las Vegas shooting, it took a bullet hitting concrete near them before this group leaves."

AleaJactaEst said:
Clear Video of BULLETS HITTING PAVEMENT "During the Las Vegas shooting, it took a bullet hitting concrete near them before this group leaves."

LoL! The art of stupidity! These are those guys in a horror movie that keeps tripping and falling over.

Just been watching Jason Bourne movie and at the end in Las Vegas, Bourne goes up to the 32nd floor in the elevator... interesting...

we now have 5 dead witnesses , all of them question the official narrative. Of course they sill have not mentioned how many people where hit with gun fire or how many bullets " Paddock " fired. Also have the names of the dead been released?

Well this is interesting. Why are witnesses dying?

Why are the witnesses dying?
That is fishy

I am posting this because I think the ideas in this link are in my opinion total bullshit. It is being said that this was an assassination attempt on a Saudi Prince. It is stated that Paddock was supplying guns to these would be assassins . If this were true than, 1 why would you get your guns from the same place you age going to assassinate someone, Paddock had a place in Mesquite NV about 2 hours Northeast of Las Vegas, why not get the guns there, or meet any where else outside of Vegas to get your weapons, it is a desert and I know many locations to transfer weapons, and if the FBI or whom ever wanted to arrest them then out of the way, then Mesquite or out in the desert would be the Ideal place. But doing it in a casino seems stupid to me, I know our government does not care about us, but if a Saudi Prince is there why take a chance of something going wrong. Second if they guys are hit men. why do you need help getting guns, they would bring there own, and or the person wanting the hit done could also supply the arms needed.

Also the person being escorted threw the Tropicana , if this is a Saudi Prince would have been outed by now, not the countless posts of who are these people. If these persons are going to kill a Price and his body guards, you sure as hell are not going to use Bump Stocks to make your weapon full auto, you are going to use real military grade weapons , not make believe ones that are not accurate . Have an inside man or 2 to get you to his rooms or floor and then do your work. If I were doing this ' Hit " I would use either an MP-5 , a Krinkov or an M4 with at least and 10 inch barrel along with various types of handguns.

Please read this and make up your own mind.
http://www.rense.com/general96/vegassaudi.html 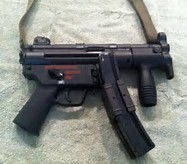 Vixy said:
Could be, I'm not sure but I know that the bankers told them their economy would be a disaster and that they would have great problems without them. Yeah, the frst year it dropped a bit, then it came around and now theyre back on track and doing great. It was a scam just like the one they're pulling in the US. Same shit, different countries.

I met a couple of Icelandic fellows when they won the football thing and they were very nicely behaved, they bought the women drinks and there was no fuss about splitting the bill, they were perfect gentlemen. Swedish climate next to that is very hard, even Denmarks is better. Here guys don't buy as much, it's more like "Get your own damn drink" and guys are really after just one thing. In Denmark they dance with you and are sweet because they want to, they don't act nice to get sex. Only reason a guy would dance with you in Sweden, is to get laied. It's a brutal climate that I havent seen anywhere else in europe.The younger generations seem to look at women as something worth less than men and that women are only to have sex with, nothing more. I think this is due to the equality. Women are competing with men instead of loving them. And since sweden is the ountry most "evolved" in this area (I think?), we are also paying the price for it and it's not pretty.

Just 30 years ago guys would hold the door open if a woman walked in. Now they slam her shoulder to get in before her like she was a guy to fight.

I feel this way so much! It is why I teach all my children to hold doors for people, it is a basic human skill.