...in other words, John Legend and Kelly Clarkson beclown themselves in an attempt to appear to be 'down' with the #MeToo movement...
...wrecking a classic (1936) Christmas song to serve the agenda of dividing men and women.... 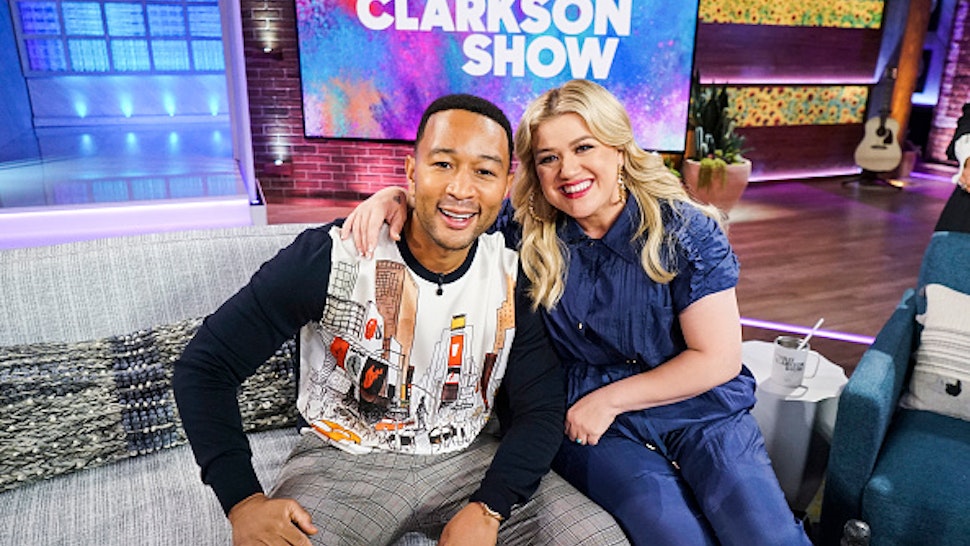 Well, the much-hated “War on Christmas” arrived early this year with music icons John Legend and Kelly Clarkson changing the lyrics to the classic song “Baby It’s Cold Outside” to be a bit more #MeToo friendly.

Speaking with Vanity Fair, Legend revealed that he and songwriter Natasha Rothwell rewrote the song to reflect a more woke mindset, which will include such feminist lyrics like “it’s your body, and your choice.” He will be performing it with Kelly Clarkson.

“The new lyrics hear Clarkson sing ‘What will my friends think?’, with Legend replying: ‘I think they should rejoice.’ Kelly, 37, then sings: ‘… if I have one more drink?’, with John singing: ‘It’s your body, and your choice,” Metro reported of the song changes.

Vanity Fair added that the song will be “every bit as fun and swinging as the original, and its newfound sensitivity feels genuine, not performative.”

Though Legend and Clarkson are certainly the first two mainstream artists to make such a drastic change to the song, they are not the first; Idina Menzel and Michael Buble’s version made slight alterations to the lyrics so as to make them a bit more kid-friendly, with “what’s in this drink?” being replaced by “was that a wink?” and “maybe just a half a drink more” being replaced by “maybe just a soda pop more.”

During Christmas last year, “Baby It’s Cold Outside” became the center of national controversy when feminists, unable to see the nuance in the song’s flirtatious nature, deemed it a date r*pe anthem, which prompted a Cleveland radio station to ban the song entirely after some listeners complained it sent the wrong message in the #MeToo era. However, the song’s creator, Frank Loesser, intended it as a flirtatious song between a man and a woman on a cold winter’s night, with critics typically overlooking the part where the woman sings, “Baby it’s cold outside” in unison with her male partner, signifying that the two were always in sync. Frank Loesser’s daughter also asserted that was the case.

Surprisingly, the song has its share of defenders in feminist circles who say the song explores the conflicts sexually-free women faced in an era that frowned upon them. Persephone Magazine made this argument:


The structure of “Baby” is a back and forth conversation between the male and female singers. Every line the woman utters is answered by him, until they come together at the end of the song. When we just look at “Say, what’s in this drink,” we ignore the lines that proceed and follow this, which are what indicates to the listener how we’re supposed to read the context.​
​
The song sets up a story where the woman has dropped by her beau’s house on a cold winter night. They talk in the first verse about how long she’s going to stay. She has “another drink” and stays longer, and then later in the evening it’s implied that she’s going to sleep over.​
​
If we look at the text of the song, the woman gives plenty of indication that she wants to stay the night. At the time period the song was written (1936), “good girls,” especially young, unmarried girls, did not spend the night at a man’s house unsupervised. The tension in the song comes from her own desire to stay and society’s expectations that she’ll go. We see this in the organization of the song — from stopping by for a visit, to deciding to push the line by staying longer, to wanting to spend the entire night, which is really pushing the bounds of acceptability. Her beau in his repeated refrain “Baby, it’s cold outside” is offering her the excuses she needs to stay without guilt.​
​
...this is the version of the song I grew up listening to...​
​

Thank you, government-backed music industry for “protecting” those who will be triggered by the original lyrics to this age-old song. To me, this is an insult to people who’ve have had to deal with these very real, painful experiences. How about increasing funding for mental health services and so we can deal with pain and not REWRITE history, banning words, and covering it up in an effort to “help” under the guise of this ongoing propaganda called the #metoo era? TWATS

Not only is it enough to write new ones, they have to corrupt the old ones. there should be nothing left that is not twisted in our minds and social memory. when we see that everything is twisted today, we should not have a history to escape. That's why they made the Leaving Neverland documentary. Michael Jackson also has music that is not twisted.

I'm more upset when Fairy Tale in New York gets censored. At least the original was heartfelt and not manfactured Holiday cheer.