Is the Pope a satanic person?

AspiringSoul said:
he def is satanic...but so are most christian leaders.
Click to expand...

Most leaders are not just....

Maldarker said:
It becomes an inclusive & one world religion
Click to expand...

Its becoming that for sure and its all led by the pope. What they are doing with the ecumenical movement is bringing all religions together by concentrating on what they have in common and not the differences. They say that all people serve the same God, and should tolerate different viewpoints because that is an essential ingredient for peace.

They play down doctrinal differences between Christian denominations and only discuss common points. While its true that Christians believe in Jesus Christ as their Messiah and God, they don't all believe and live by the Word of God as Jesus did and taught us too.

They also ignore the differences between Christianity and non Christian religions like Islam, Judaism, Hinduism, Buddhism etc too.

They will succeed mostly just before Jesus returns, but there will always be Christians who will refuse to compromise on the Word of God and they will be persecuted.

John kn said:
What is the "lucky" part?

The pope is playing the role of villain in this movie -life.
Click to expand...

We all live lives of pretension. Deep down we know the Oneness we share is beyond good & evil.

"I form the light, and create darkness: I make peace, and create evil: I the LORD do all these things." -- Isaiah 45:7 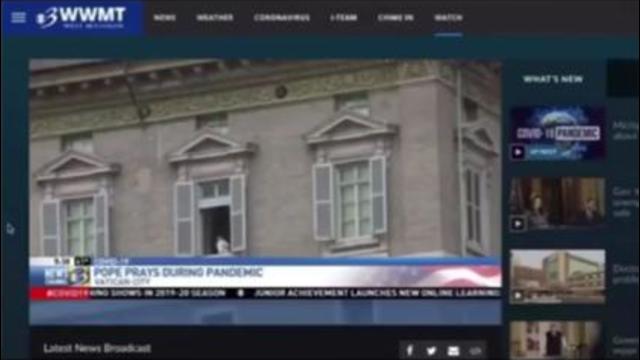 Revelation 17 (Annotated) 17:1 And there came one of the seven angels which had the seven vials, and talked with me, saying unto me, Come here; I will show unto thee the Judgment of the great "Whore" [“Jezebel” from Rev. 2:20-23] that sitteth upon many "waters": [the people of the Earth, please...