Is the mark of the beast the coming corona vaccine ?

So i ask... is the coming corona vaccine the mark of the beast ?


Rev 13 16And the second beast required all people small and great, rich and poor, free and slave, to receive a mark on their right hand or on their forehead, 17 so that no one could buy or sell unless he had the mark— the name of the beast or the number of its name.

18Here is a call for wisdom: Let the one who has insight calculate the number of the beast, for it is the number of a man, and that number is 666

Rev 14 9And a third angel followed them, calling out in a loud voice, “If anyone worships the beast and its image, and receives its mark on his forehead or on his hand, 10he too will drink the wine of God’s anger, poured undiluted into the cup of His wrath. And he will be tormented in fire and sulfur in the presence of the holy angels and of the Lamb. 11And the smoke of their torment rises forever and ever. Day and night there is no rest for those who worship the beast and its image, or for anyone who receives the mark of its name.

12Here is a call for the perseverance of the saints who keep the commandments of God and the faith of Jesus.

13And I heard a voice from heaven telling me to write, “Blessed are the dead— those who die in the Lord from this moment on.

“Yes, says the Spirit, “ they will rest from their labors, for their deeds will follow them.

Rev 16 1Then I heard a loud voice from the temple saying to the seven angels, “Go, pour out on the earth the seven bowls of God’s wrath.

2So the first angel went and poured out his bowl on the earth, and loathsome, malignant sores broke out on those who had the mark of the beast and worshiped its image.

Rev 20 1Then I saw an angel coming down from heaven with the key to the Abyss, holding in his hand a great chain. 2 He seized the dragon, that ancient serpent who is the devil and Satan, and bound him for a thousand years. 3And he threw him into the Abyss, shut it, and sealed it over him, so that he could not deceive the nations until the thousand years were complete. After that, he must be released for a brief period of time.

No i dont believe so

Lyfe said:
No i dont believe so
Click to expand...

Long story short, I personally believe the mark of the beast will be technology/dna promising immortality offered by false alien saviors.

doesn't surprise me to see someone like you ask such a daft question. 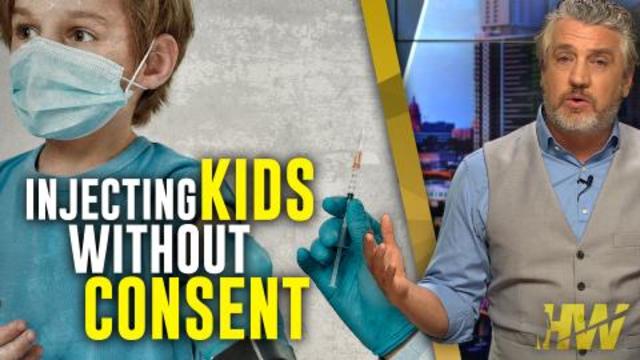 INJECTING KIDS WITHOUT CONSENT Are you ok with your 11-year-old consenting to a medical procedure at school without your parental consent? The new “Minor Consent for Vaccinations Amendment Act” Bill would give children the authority to get a v…

The new measures, announced by the People's Bank of China on Saturday, aim to contain the spread of the virus, officially known as Covid-19. There is still a lot unknown about the virus, which has infected more than 71,000 people globally and killed 1,775, the majority in China -- but it appears to survive for at least several hours on surfaces, according to the World Health Organization. 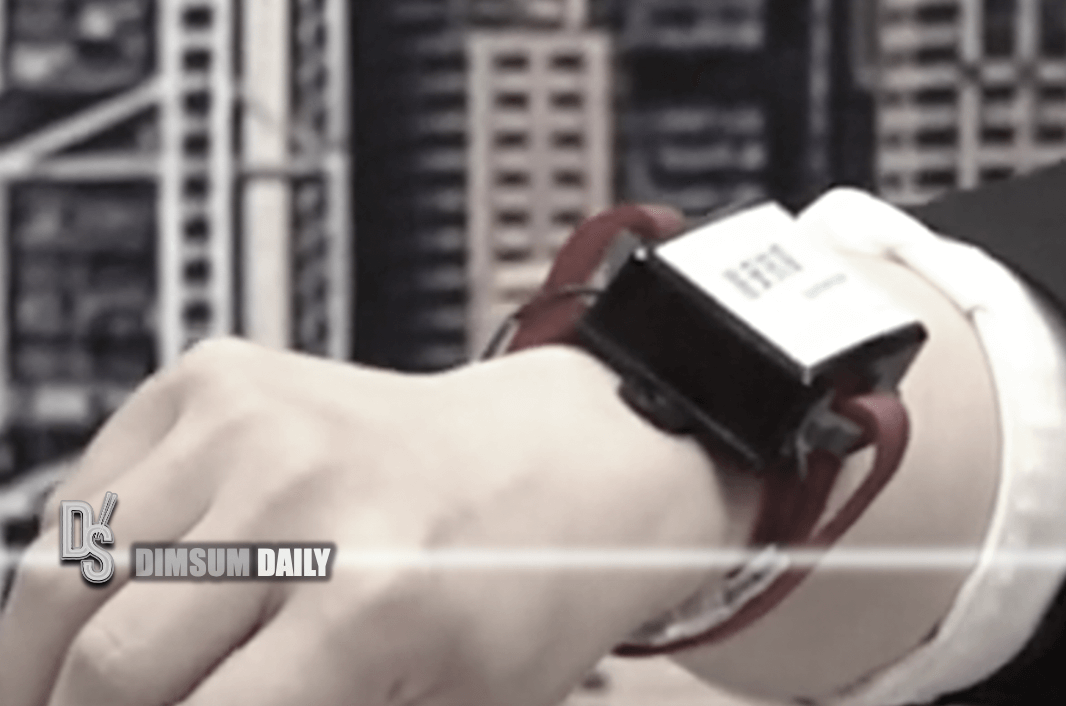 
Contagion is a 2011 American medical thriller film[1][2][3] directed by Steven Soderbergh. Its ensemble cast includes Marion Cotillard, Matt Damon, Laurence Fishburne, Jude Law, Gwyneth Paltrow, Kate Winslet, and Jennifer Ehle. The plot concerns the spread of a virus transmitted by fomites, attempts by medical researchers and public health officials to identify and contain the disease, the loss of social order in a pandemic, and finally the introduction of a vaccine to halt its spread. 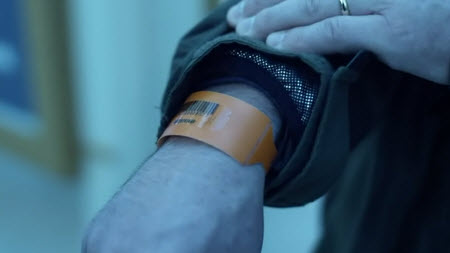 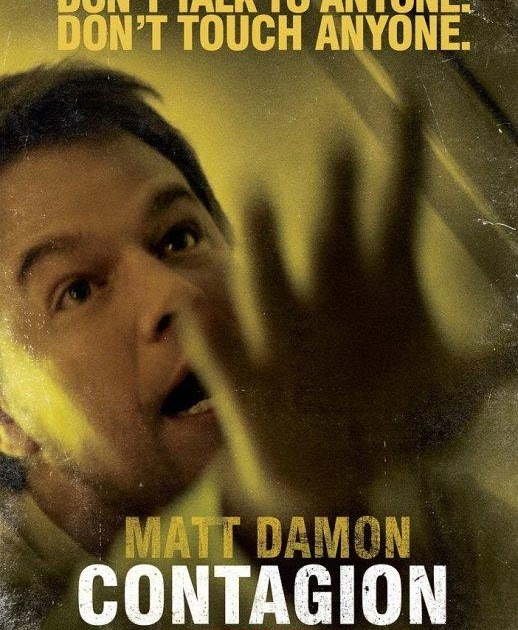 ‘CONTAGION’ OR HOW DISASTER MOVIES “EDUCATE” THE MASSES
By VC March 8th, 2012 Hollywood movies are usually presented as a form of entertainment, but their plots often conceal a speci...

You are correct about the origin of demons Those spirits must come from somewhere... so why not the unholy union between angels and women ? After all that's biblical and i am a berean. I am also correct about Jesus being the Messiah by the way. An experimental new vaccine claims to be able to change human DNA and could be deployed against COVID-19 by 2021 through a biochip implant.

An experimental new vaccine developed jointly with the US government claims to be able to change human DNA and could be deployed as early as next year through a DARPA-funded, injectable biochip.

Technology developed by the Pentagon’s controversial research branch is getting a huge boost amid the current coronavirus crisis, with little attention going to the agency’s ulterior motives for developing said technologies, their potential for weaponization or their unintended consequences. In...

In January, well before the coronavirus (Covid-19) crisis would result in lockdowns, quarantines and economic devastation in the United States and beyond, the U.S. intelligence community and the Pentagon were working with the National Security Council to create still-classified plans to respond to an imminent pandemic. It has since been alleged that the intelligence and military intelligence communities knew about a likely pandemic in the United States as early as last November, and potentially even before then.

As the panic and fear regarding the virus continues to build and as people become increasingly desperate to return to any semblance of normalcy, millions will willingly take a vaccine, regardless of any government-mandated vaccination program. Those who are fearful and desperate will not care that the vaccine may include nanotechnology or have the potential to genetically modify and re-program their very being, as they will only want the current crisis that has upended the world to stop.

This video has been debunked and masterfully done. I don't see why it keeps making the rounds when the flaws in it are painfully obvious. .

Daze said:
This video has been debunked and masterfully done. I don't see why it keeps making the rounds when the flaws in it are painfully obvious. .
Click to expand...

You will take the vaccine ?

TokiEl said:
You will take the vaccine ?
Click to expand...

No chance. Its haram (forbidden) in Islam to harm yourself. Look at all of these needles paralyzing and sterilizing people. Not to mention the Autism rates linked to vaccines. God's immune system is working wonders for me. I don't need mankind to interject.

The only way they're getting a needle in me is by pushing it into my cold, dead corpse.

Daze said:
No chance. Its haram (forbidden) in Islam to harm yourself. Look at all of these needles paralyzing and sterilizing people. Not to mention the Autism rates linked to vaccines. God's immune system is working wonders for me. I don't need mankind to interject.

The only way they're getting a needle in me is by pushing it into my cold, dead corpse.
Click to expand...

So muslims will not be required to receive the corona vaccine... interesting.

TokiEl said:
So muslims will not be required to receive the corona vaccine... interesting.
Click to expand...

This crap is designed to drive observant Folks like me, Muslims, devout Christians, and devout Orthodox Jews into the limelight so that we can be targeted by the sheep. It's not funny, it's warfare. And it's going to result in something like THIS...

...if you want to keep breathing.

meximonk said:
This crap is designed to drive observant Folks like me, Muslims, devout Christians, and devout Orthodox Jews into the limelight so that we can be targeted by the sheep. It's not funny, it's warfare. And it's going to result in something like THIS...

...if you want to keep breathing.
Click to expand...

What are you talking about ?

Jesus said in the budding fig tree parable that the generation who witnessed the restoration of the jewish nation... would not pass away before the endtime prophecies were fulfilled.


Luke 21 29Then Jesus told them a parable: “Look at the fig tree and all the trees. 30When they sprout leaves, you can see for yourselves and know that summer is near. 31So also, when you see these things happening, know that the kingdom of God is near. 32Truly I tell you, this generation will not pass away until all these things have happened. 33 Heaven and earth will pass away, but My words will never pass away.

YHWH cut out 70 sevens for the jews and Jerusalem... and after that destructions by the wing of abominations.

And right on time the pope of Rome confirmed a covenant with many... when he confirmed the global Agenda 21 with the Agenda 2030 in the United Nations.

So 70 sevens which YHWH cut out for the jews and Jerusalem... will be completed in August 2022.


... and after that destructions by the wing of abominations.