So much for that deal. Do they have to return the billions that Obama gave them?

sorry, what has iran done thats put them in the US`s doghouse?

if israel has nukes, why cant they?

Shit. It's more that that. This was a huge step in Iran's integration to the Western World. So sad if this is true, nukes are one big roadblock in achieving world peace.

lets cut right to it. iran is the enemy because the rothschilds banking tentacles are not entrenched there yet. nukes or no nukes, there wont be world peace. theres too much money generated by wars.

Iam not pro-nukes but the US should be the first to get rid of its stockpile before asking others to do the same, given the checkered history, littered with Nagasaki and Operation Fishbowl et al

Almost 10yrs ago, the Brookings Institute released their report, Which Path to Persia? Options for a New American Strategy Toward Iran . If Trump's policies towards Iran follow Brookings suggestions to a "T",
then puppet-Trump camp will be vindicated (the ultimate test to prove or disprove claims that Trump is/was anti-establishment).

…any military operation against Iran will likely be very unpopular around the
world and require the proper international context—both to ensure the logistical support the
operation would require and to minimize the blowback from it. The best way to minimize
international opprobrium and maximize support
(however, grudging or covert) is TO STRIKE only
when there is a widespread conviction that the Iranians were given but then rejected a superb offer—one so good that only a regime
determined to acquire
nuclear weapons and acquire them for the wrong reasons would turn
it down. Under those circumstances, the United States (or Israel) could
portray its operations as taken in sorrow, not anger, and at least some in the international community would conclude that the Iranians “brought it on themselves” by refusing a very good deal.”- Brookings Institute’s 2009 “Which Path to Persia?” report, page 52.

The plan to offer Iran a deal so superb that it would be intentionally revoked by portraying Iran as ungrateful. Foreign Affairs magazine, which
is published by the Council on Foreign Relations, in reviewing the book stated:

This book is the work of a group of impressive
experts on Iran and the
Middle East. They know,
and probably reflect, the
mindset of U.S. policymakers. All the more
reason to be disturbed that they place military strikes and regime change on a par with diplomacy and containment.


The deal was the perfect trap.Although iam left wondering why Rouhani & Co. willingly walked into the trap given that the paper had already been published years before. They couldn't have been unaware. 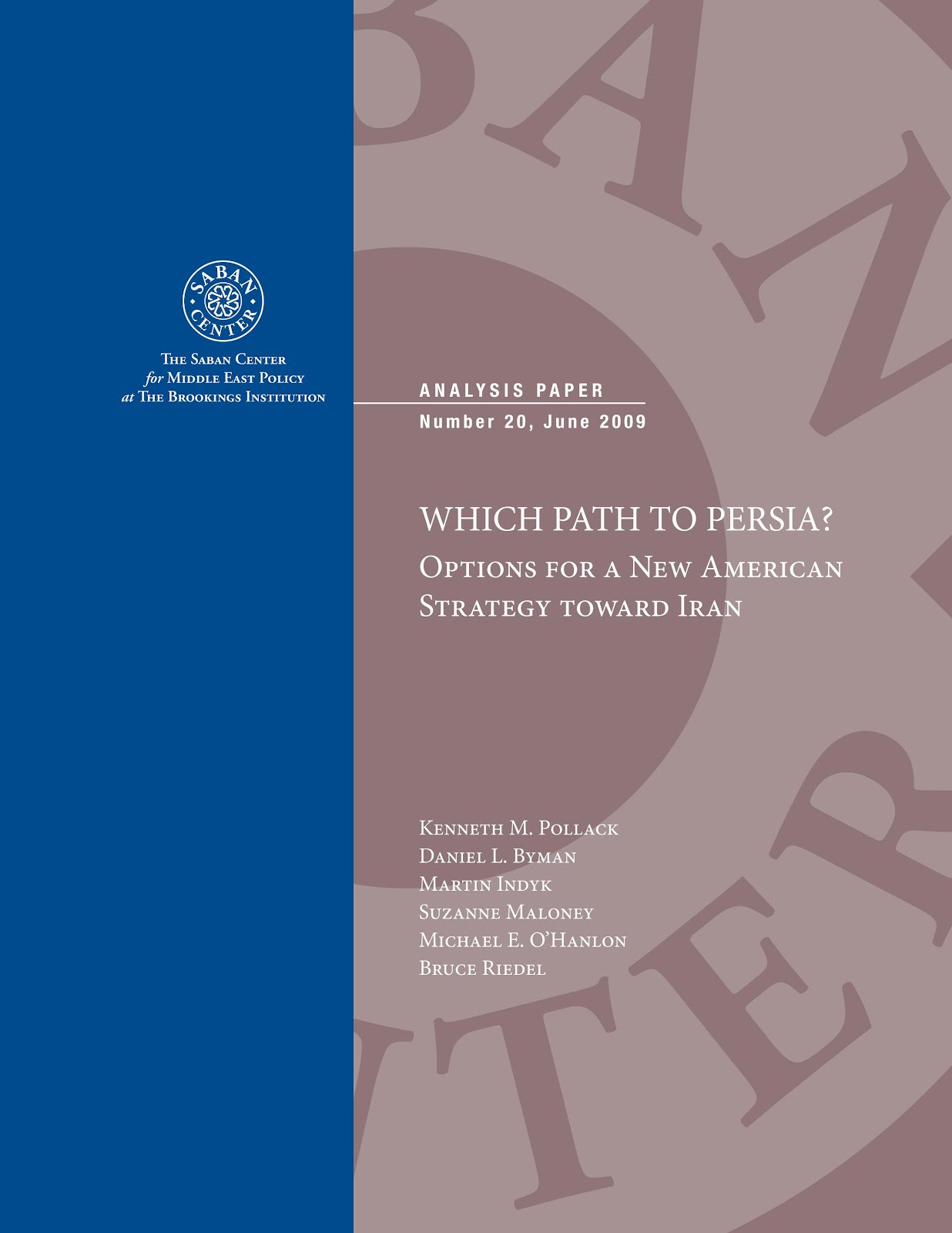 A comment i came across, that could easily be applied to Iran, genuinely made me chuckle:

North Korea has to be looking at the US action in
Libya….we agreed to leave Kadafi alone if he didn’t pursue a nuke program, and see how that ended for him.....