IDF snipers ordered to shoot at any ‘threat,’ even if it is child – ex-general 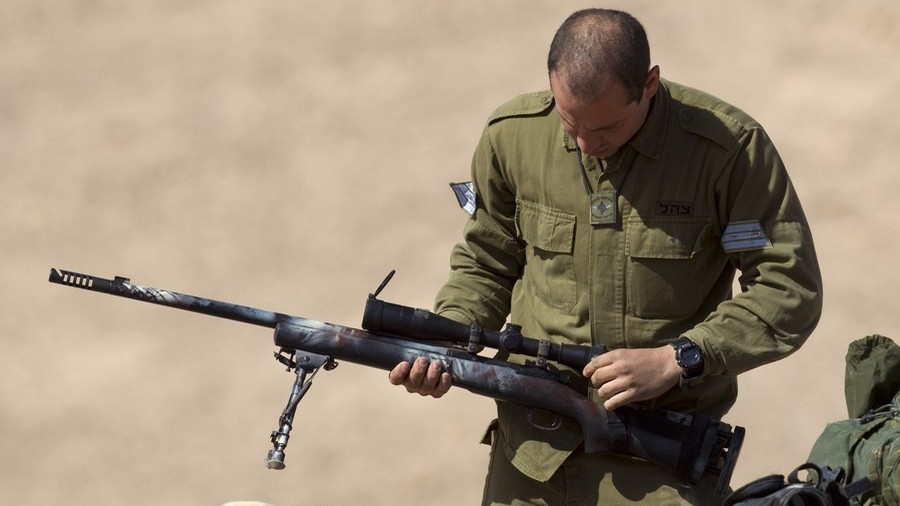 An Israeli army sniper cleans his gun after an exercise in the Negev Desert, January 31, 2012 / JACK GUEZ / AFP

Anyone, including children, who gets close enough to the Israeli-Gaza border poses a “threat” and could be considered a legitimate target by IDF forces, a retired general said, adding that such a policy ensures Israel’s safety.

“At the tactical level, any person who gets close to the fence, anyone who could be a future threat to the border of the State of Israel and its residents, should bear a price for that violation,” Israeli Brigadier General Zvika Fogel told the local Kan radio, as cited by the Electronic Intifada website.

He then argued that a “child or anyone else” can “hide an explosive device or check if there are any dead zones … or to cut the fence” to allow infiltrators into the Israeli territory, if this person gets close enough to the border. In all such cases, the punishment for what he called “a violation of our border,” which cannot be “tolerated,” would be “death.”

The general, who was the chief of staff of IDF’s Southern Command, which controls the 65km (40 miles) border with Gaza, justified the military’s firing on Palestinians at the fence, noting that the Israeli forces do not necessarily shoot to kill in all such instances.

He then argued that the IDF snipers are not just randomly shooting Palestinians at their own discretion, as each target is allegedly carefully selected and assessed. “I know how a sniper does the shooting. I know how many authorizations he needs before he receives an authorization to open fire. It is not the whim of one or the other sniper who identifies the small body of a child now and decides he’ll shoot. Someone marks the target for him very well and tells him exactly why one has to shoot and what the threat is from that individual,” he said. Fogel added, however, that fatal injuries can be inflicted if one “shoot at a small body.”

He then brushed off any criticism by saying that, even though the “picture is not a pretty” one, it is “the price that we have to pay to preserve the safety and quality of life of the residents of the State of Israel.”

The controversial interview came just days after the killing of a 15-year-old Gaza boy, Mohammed Ayoub, who was hit last Friday by a live bullet during the 'March of Return' protest in Gaza. A local cameraman who captured the shot, Abdul Hakim Abu Riyash, told RT that the teenager was nowhere near the frontline and was not carrying any sort of weapon. 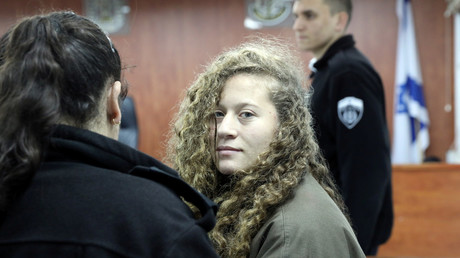 
The so-called 'March of Return' protest is being staged as Palestinians claim their former homes, appropriated from them by Israel in 1948. The protests began on March 30 and are expected to continue up until May 15, which for Palestinians marks the forced mass exodus from their land during the establishment of the state of Israel. Israelis celebrate it as Independence Day.

The bloody crackdown on the protesters launched by the IDF has already taken its toll on Palestinians. Since the start of the protests, almost 40 people have been killed and more than 1,400 injured by live ammunition, rubber bullets and tear gas used by Israeli forces against the demonstrators near the Gaza border, according to the Gaza Health Ministry.

Tel Aviv’s actions provoked angry reactions from international rights groups, who repeatedly condemned the use of force by Israelis against unarmed protesters.
Human Rights Watch (HRW) blasted the “calculated” killings and said Tel Aviv presented no evidence “that rock-throwing and other violence by some demonstrators seriously threatened Israeli soldiers across the border fence.”

Amnesty International also accused Israel of the use of “excessive, deadly force against protesters, including children.” In early April, the UN Office of the High Commissioner for Human Rights also urged Israel to ensure security forces do not use excessive force against Palestinian protesters.