How Do You Stay Healthy?

Tidal said:
Thanks I will, I've just emailed a few opticians to ask about it, and if they tell me there are special glasses to protect against it, i'll buy a pair. What sort do you use?
Click to expand...

i got the cheapest glasses with yellow colored lenses i could find on amazon. thats all you need. no need to spend a fortune. when you take them off after youve been wearing them at the computer for awhile and look at the screen, you notice the blue light a LOT.
C

A lot of tablets and phones have a blue light filter, or one can be downloaded as an app

Cintra said:
A lot of tablets and phones have a blue light filter, or one can be downloaded as an app
Click to expand...

yes, thats true.
my monitor is older, so i didnt have that option. i dont own or use a smartphone.

theres some talk about LED lights emitting a lot of the blue light as well-- thats where the yellow glasses come in handy. if youre at work, consider the light sources at your desk. research the fluorescent lights-- i am not sure if they are a problem or not.
C

For reading books I prefer a front lit ereader, with the epaper instead of the led screens

Cintra said:
For reading books I prefer a front lit ereader, with the epaper instead of the led screens
Click to expand...

i still prefer physical books with an incandescent bulb (or the sun). the less monitor/screen time, the better. besides, i like being able to mark specific important passages for later review, and i dont have to worry about the file being erased.
C

polymoog said:
i still prefer physical books with an incandescent bulb (or the sun). the less monitor/screen time, the better. besides, i like being able to mark specific important passages for later review, and i dont have to worry about the file being erased.
Click to expand...

As I get older the ability to make words bigger becomes more important than the tactile pleasure if holding a real book.

Cintra said:
As I get older the ability to make words bigger becomes more important than the tactile pleasure if holding a real book.
Click to expand...

what about those magnifying sheets you can put over the page? too much?

polymoog said:
what about those magnifying sheets you can put over the page? too much?

Good for finding a number in a directory, but almost impossible to hold when sitting down to enjoy a novel.

Tbh, I didnt think I would like the ereader, because I hate reading off a tablet screen. But the e reader is just like a book page. it looks like one, it reads like one, the words go into my head from it they way they do from a book and don't from a tablet.
Sometimes the interface is clunky and slow, illustrations are pretty useless, but I can just curl up with my little book thing and enjoy reading, and that is worth everything to me.

It works for me at this stage of my life. But I do know what you mean about a real book.
I love them.

Incidentally about 30 years ago I had my first migraine attack while looking at my monitor screen, I got flashing zigzag lights in front of my eyes and partial loss of vision followed by a helluva headache.
In them days I used to like a nice bright picture on the screen, but after that first attack I've always kept the brightness and contrast turned down to be on the safe side.
I still get the odd attack every couple of months, but they're not severe any more and I just ignore them..
This vid shows what migraines are like-

hes faking the migrane so he doesnt have to do the stuff his wife wants and he wants to get out of going to massachusetts.

polymoog said:
hes faking the migrane so he doesnt have to do the stuff his wife wants and he wants to get out of going to massachusetts.
Click to expand...

I know, but the graphics in the vid are very good at showing what a migraine attack is like with partial loss of vision and a flashing aurora, except that my attacks last much longer than the vid for at least 30 minutes.
BTW, my attacks used to be followed by a splitting headache lasting for hours and I had to pop a couple of aspirin, but in recent years although I still get the aurora I no longer get the headache afterwards..
Last edited: Oct 9, 2020

Well-known overweight Brit actor Willoughby Goddard (pics below) popped up on one of my old 'Space 1999' DVD's yesterday so I looked him up on Wiki, expecting him to have died relatively young with obesity, but surprisingly he made it to 81 and died in 2008 !
The moral seems to be that obesity apparently doesn't carry an early death penalty, at least not in his case..

Tidal said:
The moral seems to be that obesity apparently doesn't carry an early death penalty, at least not in his case..
Click to expand...

he might have kicked the bucket at 81, but im sure with all of that weight he was dragging around that his quality of life sucked.
whats the point of making it to 81 if you cannot go for a jog, walk up stairs, or do any kind of physical work?

My blue light glasses arrived today (below), they clip onto my normal glasses, and I plumped for them because they're absolutely clear and not tinted..

Since we don't have a sub-forum for this topic yet, at least we could have a thread. How do you keep yourself and your family healthy? Better yet, how do you avoid/reduce the toxic overload that seems to have permeated many aspects of our daily life? Have some tips? Please share them!

For general wellness and well-being, I rely on herbs, spices, oils and essential oils. I'm not an expert and most of what I know about using them for health is self-taught and through trial and error. I would recommend these to anyone though before asking the doctor to write a prescription!
Click to expand...

Good diet, regular exercise, fitness, weight-lifting and significantly restrained computer/phone time. Plus regularly reading and studying things far outside of my comfort zone, which is part of critical thinking and mental clarity.
Mind, body, spirit. Look after all of it, not just one.

Insomnia-
I think somebody mentioned in this or another thread that they had trouble sleeping.
I'm lucky enough not to usually have that problem, but I occasionally wake up halfway through the night and have trouble getting off again, but I've found a good remedy is to switch on my bedside table light which fills the room with a soft mellow glow and I can then usually drift off..
Alternatively if I wake halfway through the night I go into the kitchen and have a cup of tea and a light snack, then get back in bed and watch a bit of TV, and before long my eyelids begin drooping and I switch off and go to sleep..
P 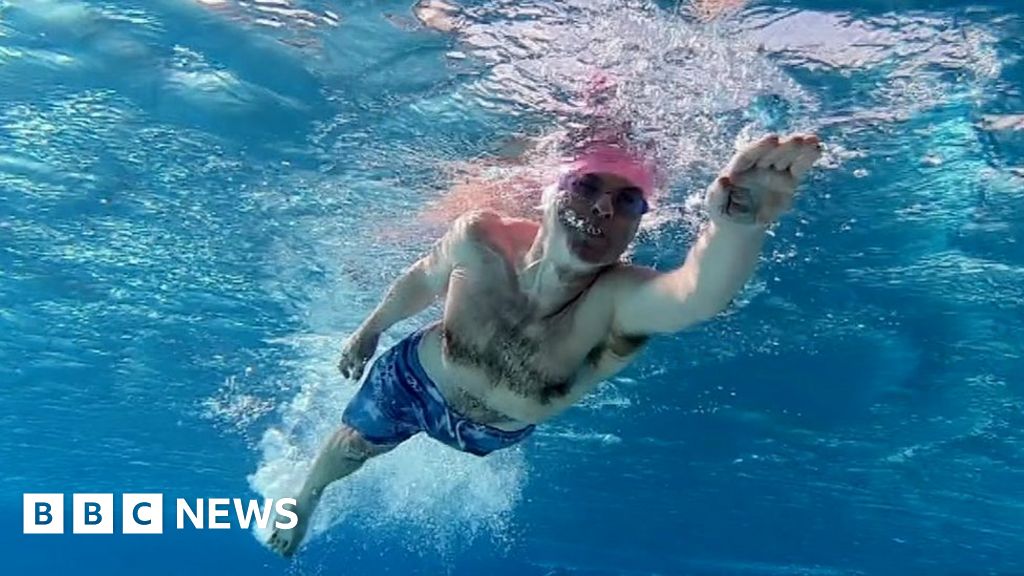 Could cold water hold a clue to a dementia cure?

Swimmers at a London lido aid understanding of what cold does to the body.
www.bbc.co.uk

The Cambridge dementia team discovered the "cold-shock chemicals" that trigger the process in 2015.

They cooled ordinary mice, and mice with Alzheimer's disease and prion (neuro-degenerative) disease, to the point where they became hypothermic, which means their body temperature was below 35C.

On re-warming, they found only the ordinary mice could regenerate their synapses; the Alzheimer's and prion mice could not.

At the same time, they found levels of a "cold-shock" protein called RBM3 soared in the ordinary mice, but not in the others.

It suggested RBM3 could be the key to the formation of new connections.

They proved the link in a separate experiment which showed brain cell deaths in Alzheimer's and prion disease could be prevented by artificially boosting RBM3 levels in mice.

... But the risks associated with getting cold outweigh any potential benefits, so cold water immersion is certainly not a potential dementia treatment, she says.