Interesting but shows what a liar Dump is. Despite "the Squad" the US Congress is dutifully beholden to Israel's wishes. I point this out because the US has 80 million supposedly "Christian" Evangelicals and zios who nearly worship Trump like he's some type of force for righteousness. There's even a few at this site who cheerlead for Trump it's disgusting. We're captured by a two party illusion straight up.

DavidSon said:
Interesting but shows what a liar Dump is. Despite "the Squad" the US Congress is dutifully beholden to Israel's wishes. I point this out because the US has 80 million supposedly "Christian" Evangelicals and zios who nearly worship Trump like he's some type of force for righteousness. There's even a few at this site who cheerlead for Trump it's disgusting. We're captured by a two party illusion straight up.
Click to expand...

Indeed. Its strange to see when people come on this supposed "woke/conscious" site and cape for either side of the duopoly... Ds or Rs smh.


"Herzl’s response, notes Khalidi, concealed Zionism’s real intentions: “With the smug self-assurance so common to 19th century Europeans, Herzl offered the preposterous inducement that the occupation, and ultimately the usurpation of their land by strangers would benefit the people of that country. Herzl’s thinking…appears to have been based on the assumption that the Arabs could ultimately be bribed or fooled into ignoring what the Zionist movement actually intended for Palestine.”"​
Zionism’s Original Sin: Ignoring the Fact That Palestine Was Fully Populated

It was the British that created the current Middle Eastern and Arabic states. They created Iran/Iraq, Pakistan/India, Israel/Palestine, They put the Saudi royal family in place, all of it happened after the fall of the Ottoman empire. most were set up as Hegelian opposites, best way to keep control of all the nations. Actually most of the modern world was created by the British empire. Though Republicans won't lift a finger to protect the free speech rights of their own constituents on social media they're more than happy to violate their rights by outlaw
www.informationliberation.com

Why Should My Newspaper Pledge Not to Boycott Israel?

Last year, letters from the state of Arkansas began drifting across my desk, demanding that our weekly newspaper, the Arkansas Times, either sign a pledge not to boycott Israel or forfeit all state advertising.

The letters were the result of an obscure, cookie-cutter law passed in 2017 by our Republican-controlled legislature. Specifically, it requires any company entering into a contract with a public entity to certify that it “is not currently engaged in, and agrees for the duration of the contract not to engage in, a boycott of Israel.”

At that point, we had a decision to make. Times are hard in the publishing industry, and we really needed the business. But at what price? It had never occurred to us to boycott anyone, but the idea that the state would force a publishing company to take a political position in return for business was offensive.

We then learned the law offered to let us continue to do business without signing the pledge, so long as we accepted a 20 percent cut in our ad rates. I said, “Well, to hell with them.” We were not going to pay a 20 percent tax for the right to hold beliefs independent of the Arkansas Legislature, at least not without a fight.

So, with the help of the American Civil Liberties Union, we sued the state to have this law overturned on free speech grounds. Our hearing to get an injunction against enforcement of the law is on Friday, Jan. 4. In other states where similar laws have been passed, citizens have sued because they support the boycott against Israel based on how that country is treating the Palestinians. We’re focused on Arkansas at the Arkansas Times and have never editorially advocated for a boycott of Israel. But as journalists, citizens, and taxpayers, we dispute the right of the state to impose any ideological litmus test on a publisher or other business, when the only consideration in awarding a state contract should be merit.

We’ve heard through the grapevine that the law has created some absurd confrontations for the state. For example, many state colleges and universities bring in touring musicians for concerts. Imagine demanding that a Rock & Roll Hall of Fame musician sign what amounts to a loyalty oath to the state of Israel before he can be paid. An architect from Fort Smith, Arkansas, who was bidding on a state job said it well when he wrote his local newspaper that he has “no political axe to grind with either Israel or the Palestinians, but this is a rather remarkable thing to require of a citizen to get a job.”

What other pledges might state legislatures require if this law is upheld? And what might the federal government, which has considered passing a criminal anti-boycott bill, come up with? Could legislatures in blue states penalize citizens or businesses for flying the Confederate flag? Might red state legislatures prohibit the state from doing business within anyone who boycotts Trump family businesses? Imagine similar scenarios where boycotts of tobacco companies or political parties are at issue.

This law is a rabbit hole our country does not need to go down. Since when do American citizens have to pledge to act in the interest of a foreign power in order to do business with their own government? Since when does the state of Arkansas punish its own taxpayers in an effort to assist a foreign government with its domestic policy?

As an American, I say it is none of their damn business what political beliefs we hold. We’ll see them in court. 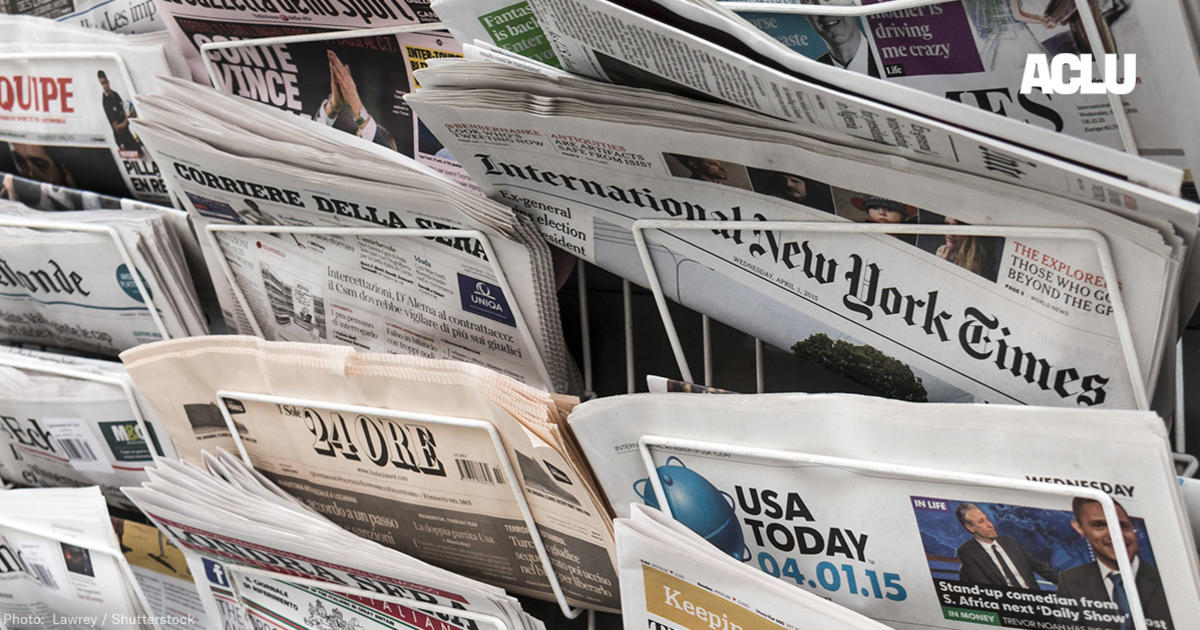 Why Should My Newspaper Pledge Not to Boycott Israel?

Last year, letters from the state of Arkansas began drifting across my desk, demanding that our weekly newspaper, the Arkansas Times, either sign a pledge not to boycott Israel or forfeit all state advertising.The letters were the result of an obscure, cookie-cutter law passed in 2017 by our...

Kung Fu said:
I'm sure this isn't too far from the truth. I'm of the same opinion.

I also, believe that the Saudi family are not really Muslims but only in disguise. If you're interested I have a couple of really good articles on it that relate to Zionism and certain "Arabs".
Click to expand...

I am in agreement with Saudi Family not honouring Islam. With its power and ability, it would be protecting and aiding fellow Muslim countries, like Yemen. Instead it recognises the State of Israel, fully aware of the occupation and at the same time is having its own fun and games with the Yemeni people. It’s disgusting. I read an article a few years back regarding the house of Saud being erased by origin and over the years being infiltrated and replaced by ‘agents’ placed there by the British in order to have a foothold in the Middle East. Will Esav Ever Love Us?

Throughout Jewish history, pessimism has had a profound impact on the Jewish psyche.

In rabbinic literature, Yaakov and Esav are seen as archetypes, with Esav representing the Roman Empire and all subsequent Western civilizations; the actions of Yaakov and Esav foreshadow all future interactions between their descendants. If it is a “rule that Esav hates Yaakov,” that means that antisemitism is a metaphysical reality, and the spiritual heirs of Esav will always hate the descendants of Yaakov. Antisemitism will never end.

This idea is profoundly influential. It excludes the possibility of any rapprochement between Jews and non-Jews, and would see any attempt at mutual understanding as an exercise in futility.
Click to expand...

Biden brings a menorah lighting back to the White House, rededicating a Hanukkah tradition from the 20th century

Every president since Jimmy Carter has recognized Hanukkah with a special menorah lighting ceremony.

President Joe Biden’s staff has dispatched invitations to a “Menorah Lighting to be held at the White House” on Dec. 1, the evening when the fourth candle of the eight-day festival of Hanukkah will be lit. The event promises to be quite different from last year’s event, hosted by Donald Trump... The vice president [Kamala Harris] and second gentleman Douglas Emhoff [her Jewish husband] are slated to be among those in attendance, and for the first time the ceremony will be livestreamed...

How did the office of the president of the United States come to hold official White House menorah lightings and Hanukkah parties in the first place?... For most of American history, the only December holiday that gained White House recognition was Christmas... It displayed, according to The Washington Post, “the reverence of a Christian people giving at the seat of their government the expression of their praise for ‘the King of kings’ on the eve of the anniversary of His birth.”... Official notice of Hanukkah waited another half-century – until 1979 – by which time Jews had become much more visible as members of American society and government.
Click to expand... 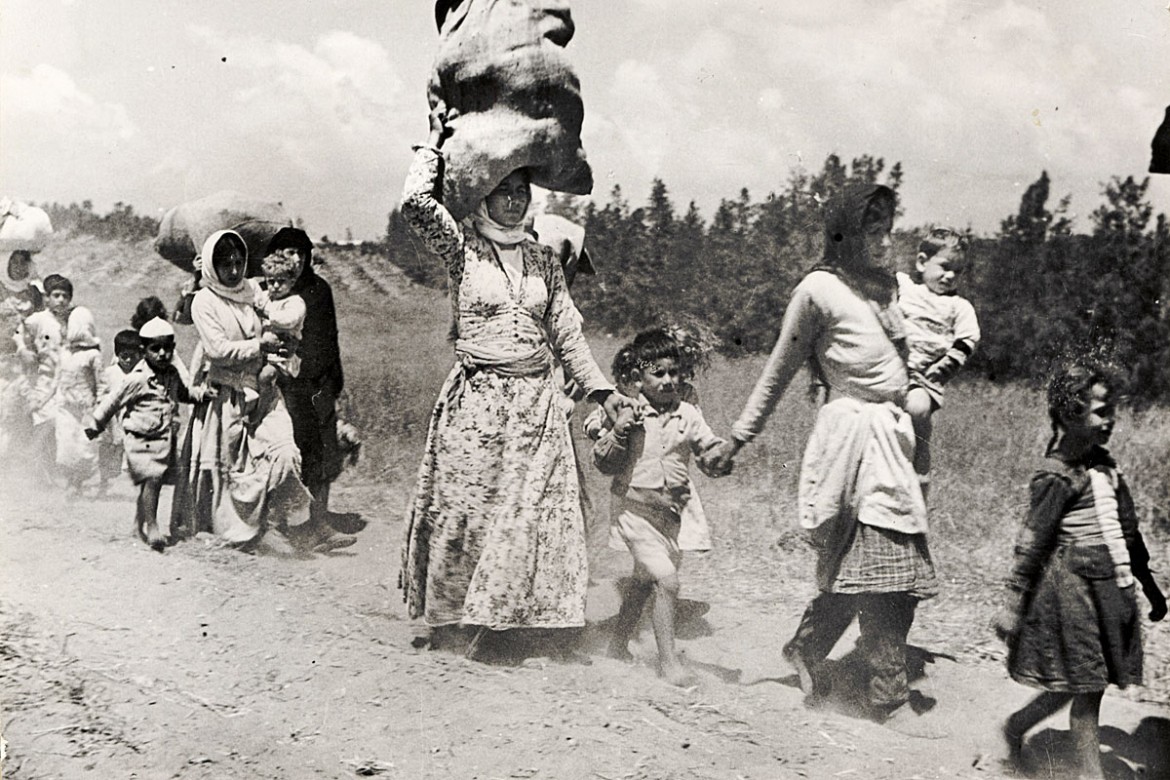 Israeli government discussions on the massacres perpetrated by Israeli soldiers in 1948 were declassified for the first time this week in an investigative report published by Haaretz and the Akevot Institute for Israeli-Palestinian Conflict Research. Entitled Classified Docs Reveal Massacres of...

Suspicions of war crimes in 1948: "If these acts are covered up - the blame lies with the entire government" | Akevot

For 73 years, large sections of the meeting minutes of the provisional government (1948-1949) were confidential and closed to the public. Following pressure from Akevot, most of the redactions made by the State Archives have been removed. The recently exposed sections teach us what the heads of...

After Past Blushes, Israeli Gov't to Bring Palestinian Family Unification Bill to Vote

After past blushes, Israeli gov't to bring Palestinian family unification bill to vote