Global Compact for Safe, Orderly and Regular Migration (GCM) is the death knell of the West.

ONE in THREE people in Germany will have migrant roots in only 2 decades, researcher predicts
https://www.rt.com/news/472576-germany-migrants-background-35/

Expert: Swedish Bombings Not Matched by Any Industrialised Country
https://www.breitbart.com/europe/2019/11/03/expert-swedish-bombings-not-matched-any-industrialised-country/#

Germany to ramp up security at Swiss border after migrant pushed 8yo boy under train
https://www.rt.com/news/465663-germany-border-control-security/

Germany: Hamburg taxpayers have spent €5.4 billion on migrants since 2015

Taxpayers in the city of Hamburg, Germany have been forced to spend close to 5.35 billion euros on asylum seekers from 2015 to the end of 2019, official reports have revealed.

Norway: Only 50 percent of migrants employed after €6.6 billion spent on workforce integration program

After the Norwegian government spent €6.6 billion over ten years on a scheme to integrate 37,000 migrants into the country’s workforce, just over half of those who went through the program currently have jobs. 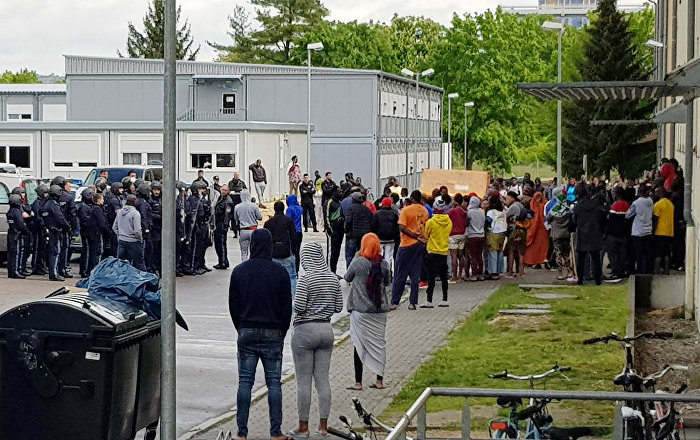 In wake of the 2015 migration crisis that has caused tensions among the governing coalition ranks, German authorities have gone to great lengths in their efforts to... 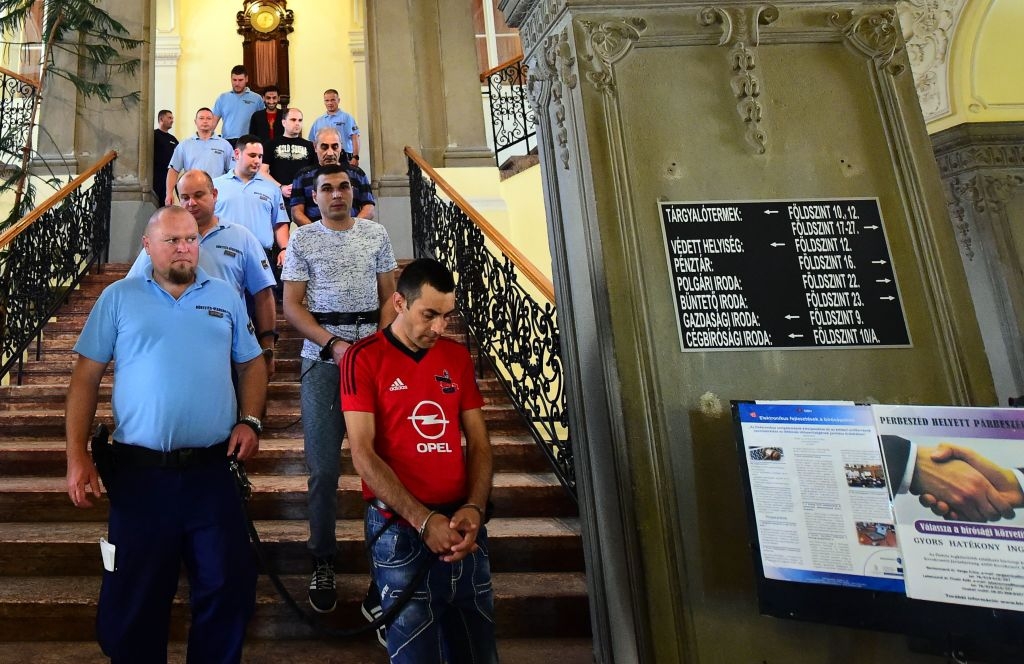 Europe Under Siege from People-Smuggling Gangs

Current conditions in Hungary are ripe for a repeat of the migration crisis in 2015 and... the country is now in a "state of crisis".... More than 100,000 migrants are now gathered in the Western Balkans and although "the situation is still under 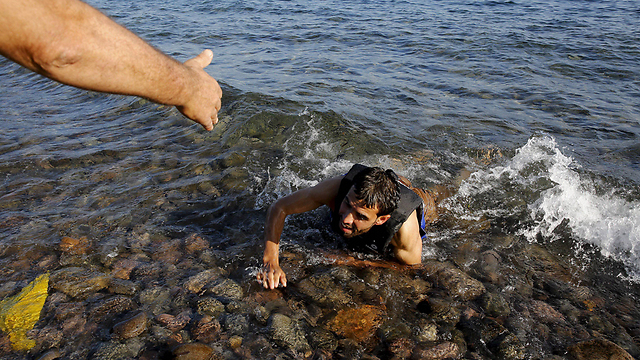 For Syrian refugees in Greece, Israel is no longer the enemy

Greek refugee aid centers are mainly operated by Israelis; in Lesbos there is an Israeli school for Syrian, Iranian, Iraqi and Afghan refugees; and it is all part of a joint plan to revolutionize the concept of 'Tikkun Olam' and Jewish volunteering around the world Israel cancels plan to take in 100 Syrian refugees - Inside Israel 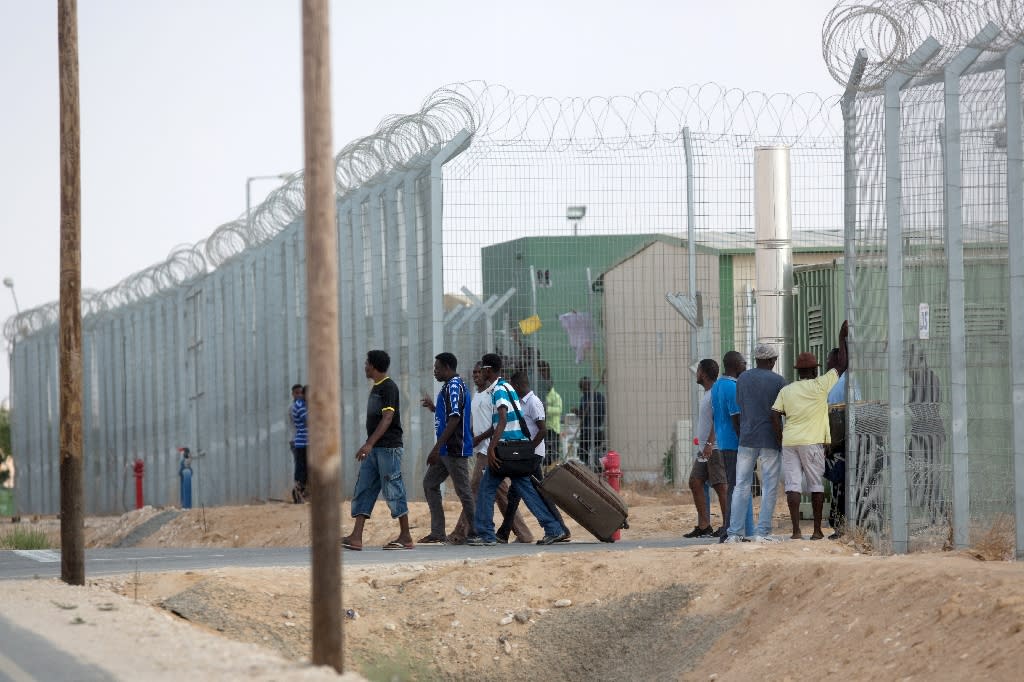 Israel's cabinet voted on Sunday to close a migrant detention centre, as Prime Minister Benjamin Netanyahu announced an agreement to deport 40,000 Africans who entered the country illegally. Ministers unanimously approved plans to shutter the Holot centre in southern Israel and gave migrants a... 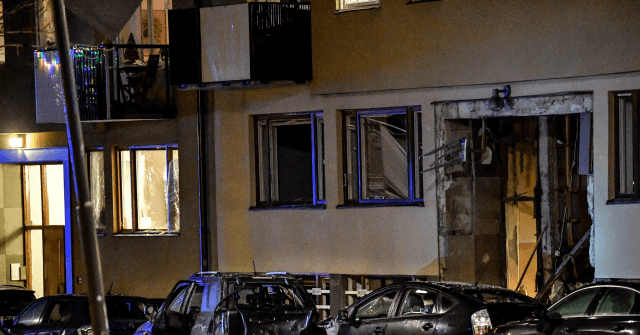 Who cares about "the West"? The people in power want to destroy the whole world. They want to raid the Middle East of it's oil, Africa of it's precious metals, Asian of its labor, and the West of its monetary wealth. It wants to control everything... Instead of looking at that immigrant as an invader, look at them as an ally; the promise of a new future for the poor is what they use to exploit them. We need worldwide unity to defeat the Elite.

Corvus Metus said:
Who cares about "the West"? The people in power want to destroy the whole world. They want to raid the Middle East of it's oil, Africa of it's precious metals, Asian of its labor, and the West of its monetary wealth. It wants to control everything... Instead of looking at that immigrant as an invader, look at them as an ally; the promise of a new future for the poor is what they use to exploit them. We need worldwide unity to defeat the Elite.
Click to expand...

Philosophically I agree but in the time-period we're in we have to be realistic. Globalization has robbed workers in Western developed nations. Immigration policies may be well-intended but the system is throwing poor foreigners with poor locals who are already stressed. If we don't deal with the facts then the right-wing, corporate fascists will continue to win elections everywhere. Look at the single issue Drumpholo ran on in '16- immigration. Ignorant or not, all human beings deserve consideration.

Corvus Metus said:
Who cares about "the West"? The people in power want to destroy the whole world. They want to raid the Middle East of it's oil, Africa of it's precious metals, Asian of its labor, and the West of its monetary wealth. It wants to control everything... Instead of looking at that immigrant as an invader, look at them as an ally; the promise of a new future for the poor is what they use to exploit them. We need worldwide unity to defeat the Elite.
Click to expand...

I agree. Plundering is afoot. Don't forget south/central America and the drug game. As far as allies, if they made good allies they would never send them where they do. They aren't stupid. The whole intent now is to Balkanize the west, the same what was done with the M.E. To turn everything into tribes where no one will get along. Not to mention that 20 years of war and killing hasn't made anything friendlier between all of the groups involved. So there's that, too. Hard to ally with differing religious, traditional, cultural, and language issues. As intended. Chaos was promised, and chaos was delivered. I mean, they tell ya what they're gonna do before they do it. It's the game. /<>\

Asian grooming gang free to roam streets because officers were told to 'find other ethnicities' to investigate, detective claims

An Asian grooming gang was free to roam the streets and abuse young girls because police officers were told to “find other ethnicities” to investigate, a detective has claimed. 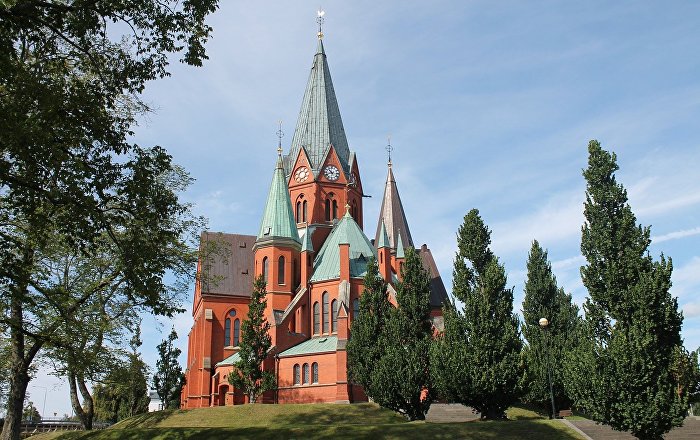 Earlier this month, the Church held prayers throughout the country for migrants who are in the midst of the asylum process in the hope that God would stop the... 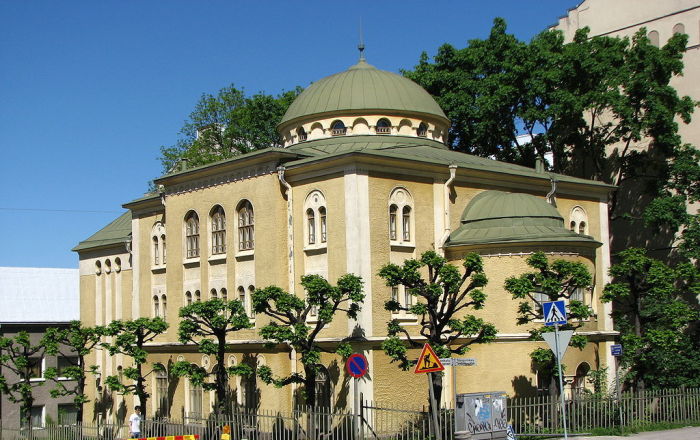 MOSCOW (Sputnik) - On 27 January, the synagogue in the Finnish southwestern city of Turku — one of just two in the country — was targeted by vandals. The same day... 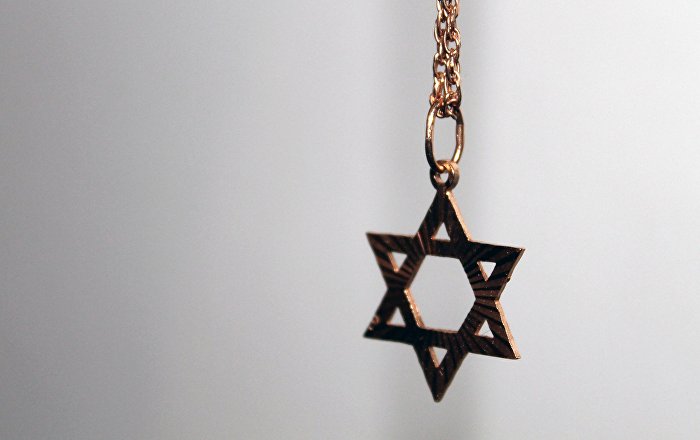 Finnish President Sauli Niinistö has suggested that the vandalism on Holocaust Remembrance Day was a token of broader racism, and pledged to take action. 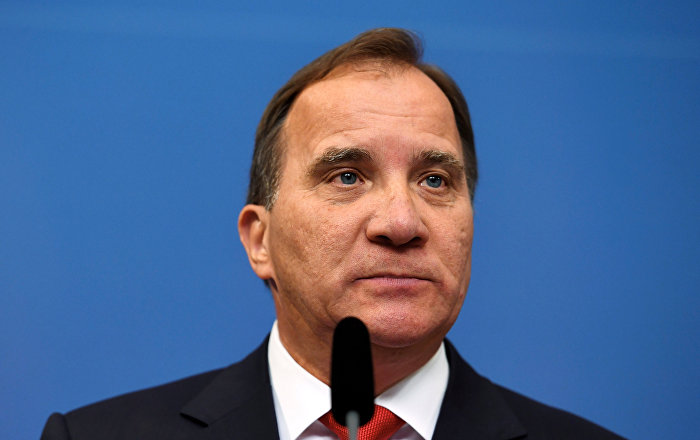 An earlier study established that 51 percent of anti-Semitic incidents in Sweden were linked to Muslim extremists, a dynamic described as “importing a conflict... 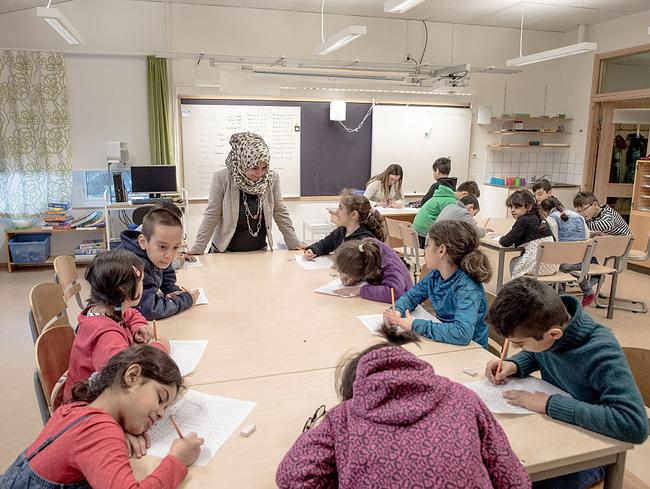 Sweden And Its Welfare State In Crisis

It is not just Swedish society that will look radically different within a decade. The Swedish welfare state is also changing or possibly even being phased out... 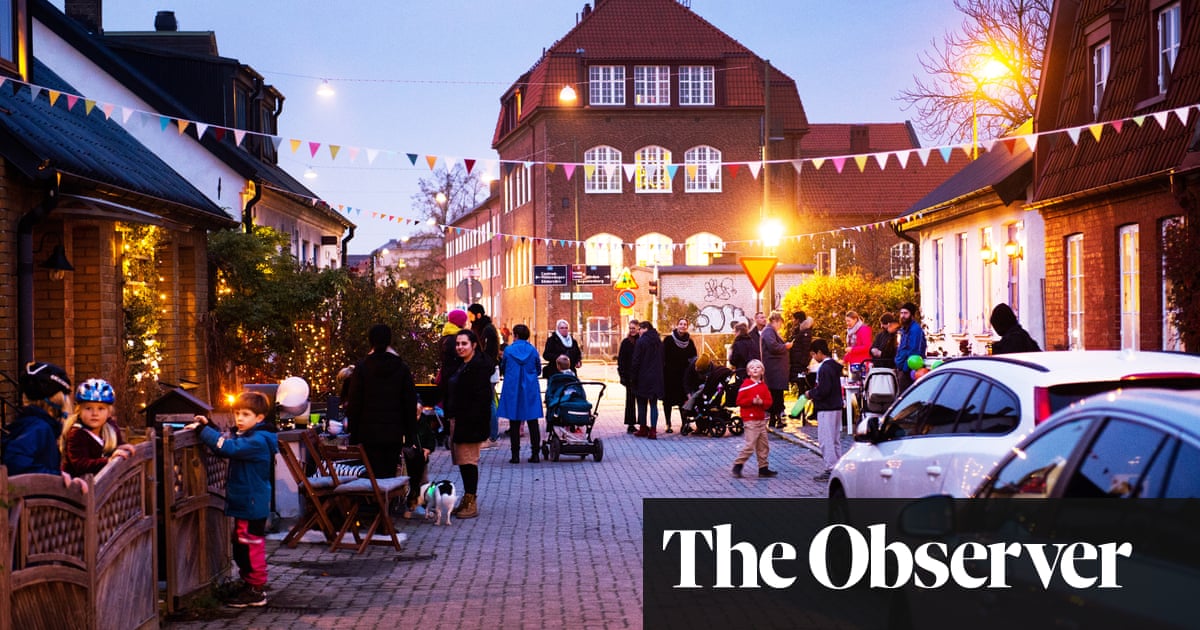 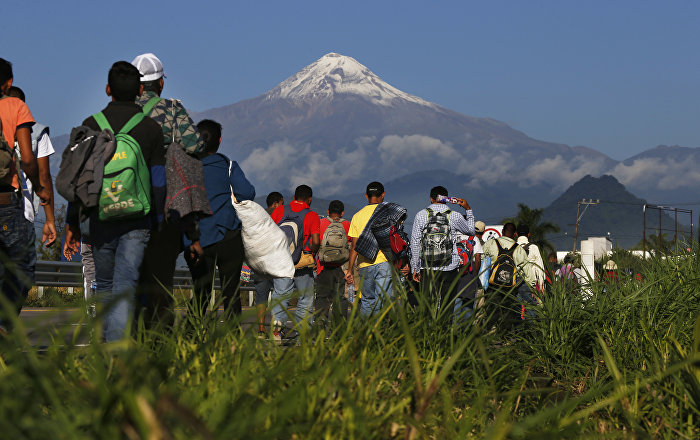 'Just a Fluke': Norwegian Parties at Odds Over 'Climate Refugees' Mandated by UN

The recent ruling by the UN Human Rights Committee that people fleeing climate catastrophes and natural disasters have a valid claim for international protection may... 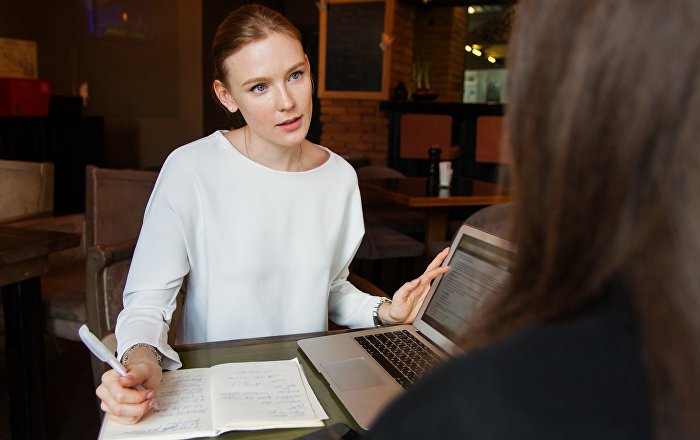 While SEB CEO openly considered punishing company boards with only white men an “inspiring” idea, these plans struck a chord with the public.

According to the German Federal Statistical Office, the number of foreigners in Germany is currently the highest since the reunification of the country in October 1990, wrote the German weekly Der Spiegel.

Greek police on Monday clashed with 2,000 migrant invaders from the Moria asylum center who took to the streets of Lesbos to protest the government’s stricter migration policy. 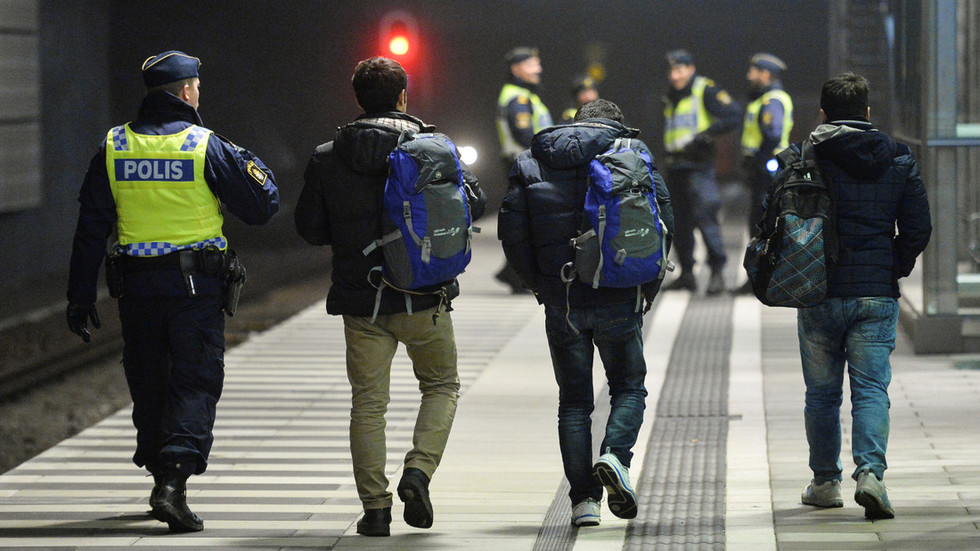 Sweden’s top migration official has warned the country is a ‘safe haven for war criminals and potential terrorists,’ as it gives passports and benefits to suspected dangerous criminals, shielded from deportation by legislation. 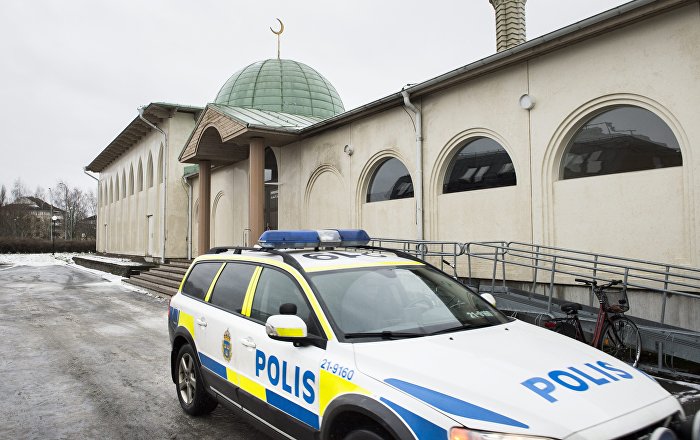 Sweden Used as 'Haven' by Potential Terrorists – Migration Board Head

Sweden's Migration Board wants to change the regulations to make the country less attractive for potential terrorists, who use Sweden as a “haven”. 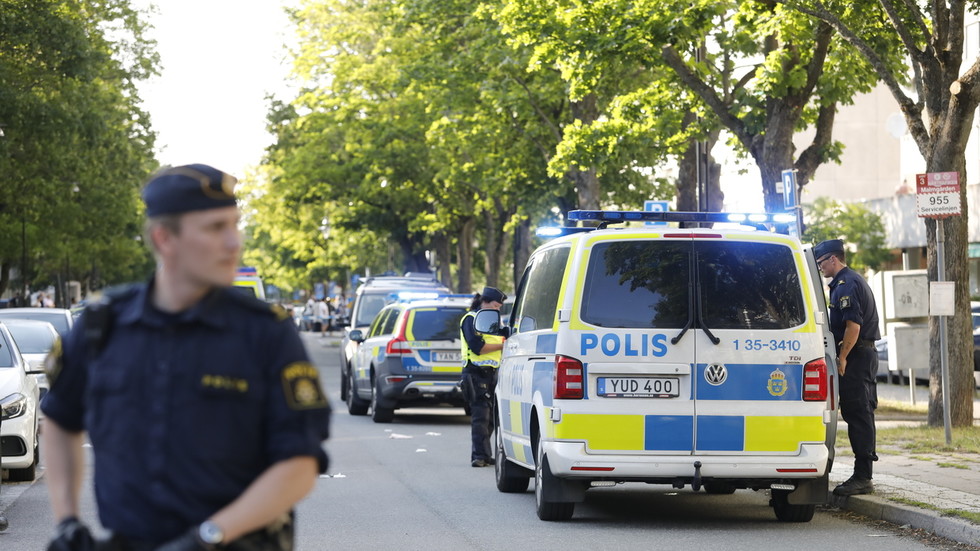 A posh district in central Stockholm was rocked by an explosion in the early hours of Monday morning. The blast was so intense it shattered windows and bathed the entire street in broken glass. 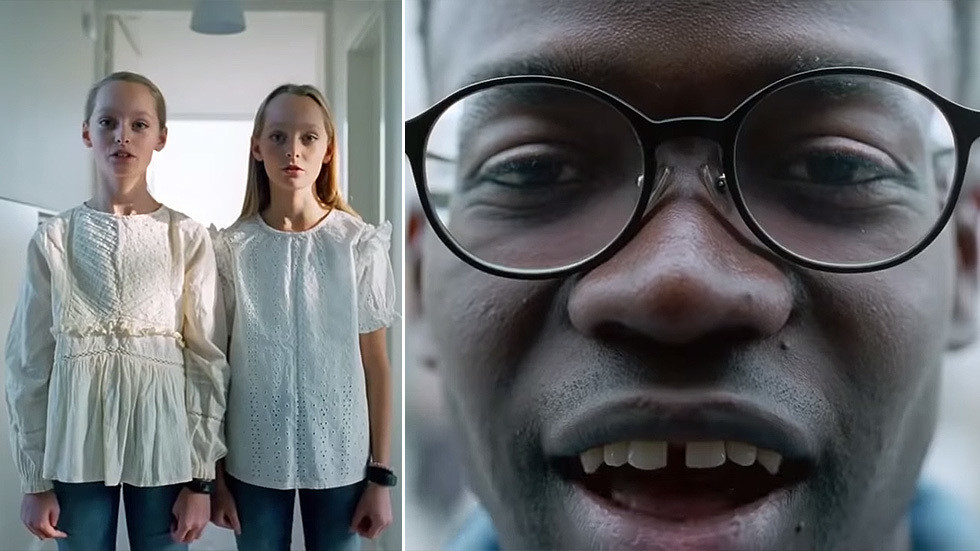 ‘Nothing is truly Scandinavian’ top Nordic airline SAS declares in ad — what could go wrong with that?

SAS, the top airline of Denmark, Norway and Sweden, has restricted the reach of a video commercial declaring the entire Scandinavian culture borrowed and featuring a black guy saying he is no better than his ‘Viking ancestors. ’ 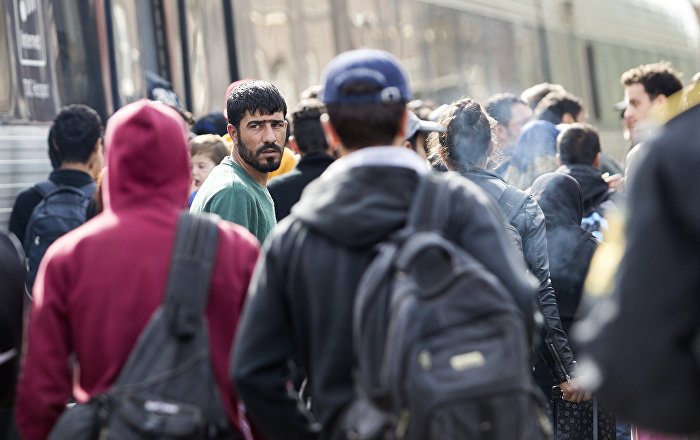 A staggering 62 percent of young men with a Somali background born between 1985 and 1987 were convicted at least once before the age of 30, a new Danish survey has... 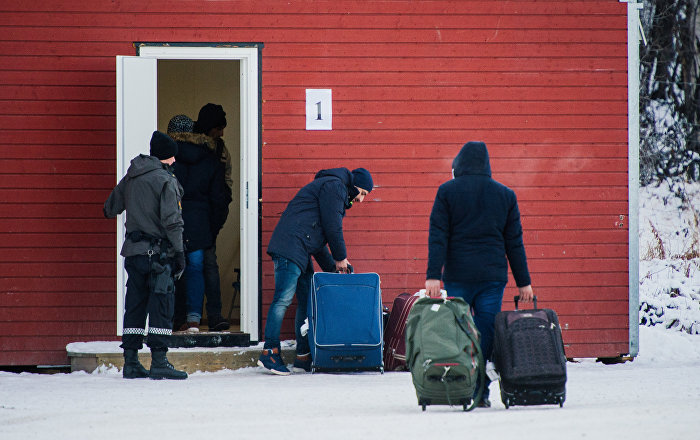 Immigrants Account For Over Half of Norway's Population Growth – Report

In the words of Statistics Norway, the current situation is marked by stable immigration, declining nativity, an ageing population and a long list of municipalities... 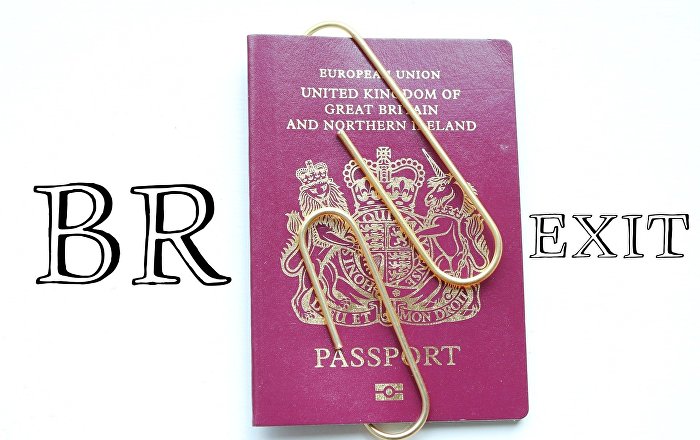 Despite having an option to apply for permanent residence permit free of charge, hundreds of Swedes have elected to become full-fledged British citizens with voting...