Quran 21: 30-33
Have those who disbelieved not considered that the heavens and the earth were a joined entity, and We separated them and made from water every living thing? Then will they not believe?
And We placed within the earth firmly set mountains, lest it should shift with them, and We made therein [mountain] passes [as] roads that they might be guided.
And We made the sky a protected ceiling, but they, from its signs, are turning away.
And it is He who created the night and the day and the sun and the moon; all [heavenly bodies] in an orbit are swimming.

3:45. Behold! the angels said: "O Mary! God giveth thee glad tidings of The Word (John 1:1-5) from Him: he will be called Christ Jesus, the son of Mary, held in honour in this world and the Hereafter and of (the company of) those nearest to God.

And [yet], among the people are those who take other than Allah as equals [to Him]. They love them as they [should] love Allah . But those who believe are stronger in love for Allah . And if only they who have wronged would consider [that] when they see the punishment, [they will be certain] that all power belongs to Allah and that Allah is severe in punishment.
2:165

112. In fact, whoever submits himself to God, and is a doer of good, will have his reward with his Lord—they have nothing to fear, nor shall they grieve.
113. The Jews say, “The Christians are not based on anything;” and the Christians say, “The Jews are not based on anything.” Yet they both read the Scripture. Similarly, the ignorant said the same thing. God will judge between them on the Day of Resurrection regarding their differences.
114. Who is more unjust than him who forbids the remembrance of God’s name in places of worship, and contributes to their ruin? These ought not to enter them except in fear. For them is disgrace in this world, and for them is a terrible punishment in the Hereafter.
115. To God belong the East and the West. Whichever way you turn, there is God’s presence. God is Omnipresent and Omniscient.
116. And they say, “God has begotten a son.” Be He glorified. Rather, His is everything in the heavens and the earth; all are obedient to Him.
117. Originator of the heavens and the earth. Whenever He decrees a thing, He says to it, “Be,” and it becomes.
118. Those who do not know say, “If only God would speak to us, or a sign would come to us.” Thus said those who were before them. Their hearts are alike. We have made the signs clear for people who are certain.
119. We have sent you with the truth—bringing good news, and giving warnings. You will not be questioned about the inmates of Hell.
120. The Jews and the Christians will not approve of you, unless you follow their creed. Say, “God’s guidance is the guidance.” Should you follow their desires, after the knowledge that has come to you, you will have in God neither guardian nor helper.
121. Those to whom We have given the Scripture follow it, as it ought to be followed—these believe in it. But as for those who reject it—these are the losers.
122. O Children of Israel! Remember My blessing which I bestowed upon you, and that I have favored you over all people.
123. And beware of a Day when no soul will avail another soul in any way, and no ransom will be accepted from it, and no intercession will benefit it, and they will not be helped.
124. And when his Lord tested Abraham with certain words, and he fulfilled them. He said, “I am making you a leader of humanity.” He said, “And my descendants?” He said, “My pledge does not include the wrongdoers.”
2: 112-124

2. These are the Verses of the Wise Book.
3. A guide and a mercy for the righteous.
4. Those who observe the prayer, and pay the obligatory charity, and are certain of the Hereafter.
5. These are upon guidance from their Lord. These are the successful.
6. Among the people is he who trades in distracting tales; intending, without knowledge, to lead away from God’s way, and to make a mockery of it. These will have a humiliating punishment.
7. And when Our Verses are recited to him, he turns away in pride, as though he did not hear them, as though there is deafness in his ears. So inform him of a painful punishment.
8. As for those who believe and do good deeds—for them are the Gardens of Bliss.
9. Dwelling therein forever. The promise of God is true. He is the Mighty, the Wise.
10. He created the heavens without pillars that you can see, and placed stabilizers on earth lest it shifts with you, and scattered throughout it all kinds of creatures. And from the sky We sent down water, and caused to grow therein of every noble pair.
11. Such is God’s creation. Now show me what those besides Him have created. In fact, the wicked are in obvious error.
31:2-11

The Messenger has believed in what was revealed to him from his Lord, and [so have] the believers. All of them have believed in Allah and His angels and His books and His messengers, [saying], "We make no distinction between any of His messengers." And they say, "We hear and we obey. [We seek] Your forgiveness, our Lord, and to You is the [final] destination."
Allah does not charge a soul except [with that within] its capacity. It will have [the consequence of] what [good] it has gained, and it will bear [the consequence of] what [evil] it has earned. "Our Lord, do not impose blame upon us if we have forgotten or erred. Our Lord, and lay not upon us a burden like that which You laid upon those before us. Our Lord, and burden us not with that which we have no ability to bear. And pardon us; and forgive us; and have mercy upon us. You are our protector, so give us victory over the disbelieving people."
2:285-286

73:20
Your Lord knows that you stay up nearly two-thirds of the night, or half of it, or one-third of it, along with a group of those with you. God designed the night and the day. He knows that you are unable to sustain it, so He has pardoned you. So read of the Quran what is possible for you. He knows that some of you may be ill; and others traveling through the land, seeking God’s bounty; and others fighting in God’s cause. So read of it what is possible for you, and observe the prayers, and give regular charity, and lend God a generous loan. Whatever good you advance for yourselves, you will find it with God, better and generously rewarded. And seek God’s forgiveness, for God is Forgiving and Merciful. 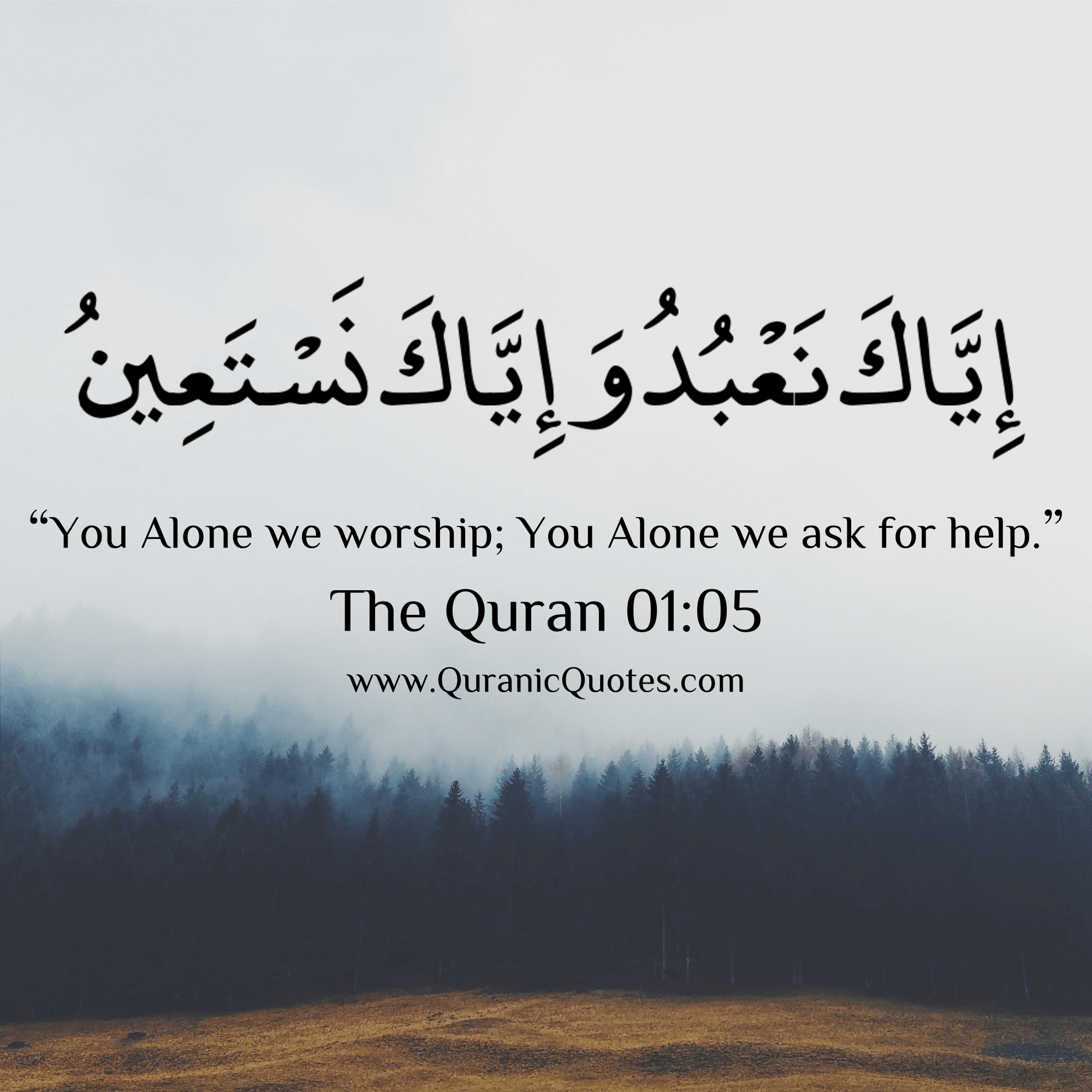 [Quran 51.47] And the heaven, We built it with craftsmanship and We are still expanding.

“But those who feared their Lord will be driven to Paradise in groups until, when they reach it while its gates have been opened and its keepers say, ‘Peace be upon you; you have become pure; so enter it to abide eternally therein,’ [they will enter]. And they will say, ‘Praise to Allah, who has fulfilled for us His promise and made us inherit the earth [so] we may settle in Paradise wherever we will. And excellent is the reward of [righteous] workers.’ And you will see the angels surrounding the Throne, exalting [Allah] with praise of their Lord. And it will be judged between them in truth, and it will be said, ‘[All] praise to Allah, Lord of the worlds.’”
(Q. 39:73-75)

(Islamophobia is the same throughout time)
And Pharaoh said, "Let me kill Moses and let him call upon his Lord. Indeed, I fear that he will change your religion or that he will cause corruption in the land."
40:26

In matters of faith, He has ordained for you that which He had enjoined upon Noah - and into which We gave thee [O Muhammad] insight through revelation as well as that which We had enjoined upon Abraham, and Moses, and Jesus: Steadfastly uphold the [true] faith, and do not break up your unity therein. And even though] that [unity of faith] to which thou callest them appears oppressive to those who are wont to ascribe to other beings or forces a share in His divinity, God draws unto Himself everyone who is willing, and guides unto Himself everyone who turns unto Him
. - 42:13

And unto thee [O Prophet] have We vouchsafed this divine writ, setting forth the truth, confirming the truth of whatever there still remains of earlier revelations and determining what is true therein. Judge, then, between the followers of earlier revelation in accordance with what God has bestowed from on high, and do not follow their errant views, forsaking the truth that has come unto thee. Unto every one of you have We appointed a [different] law and way of life. And if God had so willed, He could surely have made you all one single community: but [He willed it otherwise] in order to test you by means of what He has vouchsafed unto, you. Vie, then, with one another in doing good works! Unto God you all must return; and then He will make you truly understand all that on which you were wont to differ.
- 5:48 O ye who believe! stand out firmly for Allah, as witnesses to fair dealing, and let not the hatred of others to you make you swerve to wrong and depart from justice. Be just: that is next to piety: and fear Allah. For Allah is well-acquainted with all that ye do."
(Quran 5:8)

ALL MANKIND were once one single community; [then they began to differ - ] whereupon God raised up the prophets as heralds of glad tidings and as warners, and through them bestowed revelation from on high, setting forth the truth, so that it might decide between people with regard to all on which they had come to hold divergent views. Yet none other than the selfsame people who had been granted this [revelation] began, out of mutual jealousy, to disagree about its meaning after all evidence of the truth had come unto them. But God guided the believers unto the truth about which, by His leave, they had disagreed: for God guides onto a straight way him that wills [to be guided].
2:213