Michael Mike Anthony Granata February 21, 1965 November 1, 2021 Michael, a longtime resident of Gilroy, passed away on November 1, 2021. Never a kinder more gentle man did I know than my husband, Michael. For those who knew Mike, you know that he was a good and honest man.
www.habingfamily.com

If anyone on this site is still deciding whether to get the jab because they will lose their job and career if the don't, please read this obituary first.

9/11/21 Hi, I am a physiotherapist with 14 years experience. I currently work in a private practice setting in regional (major state). I have had a myriad of unusual and disturbing coincidences reported to me or that I have observed in recent weeks and months. 1. A lady in her 60’s presented to see me for some help to start some rehab. She had suffered a stroke 4 weeks prior, the week after her first covid vaccination. This was not reported at the hospital despite the family’s request. I provided links for them to self report as per the family’s request. 2. A friend of mine who is in her 30’s was admitted to hospital with myocarditis and suspected PE’s within days of her first moderna vax. She had a raised d-dimer test but nothing showing up on scans. 3. My son’s --- coach reported being unwell for about a week after his first covid vaccination and had a heart attack less than 48hrs after the second. 4. A young man in his 20’s with migraines for past 6-8months. Despite multiple investigations and neuro consult he has no explanation as to their sudden onset. He is unsure of exact dates as he had never considered the link before, but he was vaccinated at the start of the year. 5. A woman in her 40’s diagnosed with aggressive breast cancer who has had both pfizer vaccinations. She mentioned that there were 5 other young women in our small town in for mastectomies on the same day as her surgery and that the breast care nurse said that was really unusual. 6. Two (close persons) who report debilitating inflammatory joint pains since being vaccinated. One has made the link, the other thinks its just a coincidence and not related. 7. A 13yo boy presented for his first moderna vaccination against his parents’ better judgement and wishes, but they took him because he had asked to have it so he could travel and be able to socialise with his mates. Within minutes of it being administered he was seizing violently on the floor and lost consciousness, eventually taken to hospital for observations and later discharged home. This reaction was reported by the clinic where it was administered. I have had several other unusual presentations that we have been unable to find a cause for and are very slow to respond to treatment. I will cease working at the end of this week. I refuse to provide my vaccination status in order to work. I have heard too many stories of people being coerced to have the vaccination in order to keep their jobs. I also have a teenager who doesn’t want these vaccinations but he is considering having it so that he can socialise with his mates, play sport and go back to work (he has told his boss he isn’t happy to be jabbed for now). How can my teenager readily proclaim that he looked up the charter of human rights and notice that our government is breaching ALL of them, but our government not see or admit this themselves? I have tried reporting some of my earlier concerns directly to AHPRA but have had no response even though my letter was sent to them months ago. My greatest concern is patients being refused medical treatment. This cannot be excused or explained away. Our system is broken and I plan to leave it. I cannot work in this broken sickness industry any longer. editor note: sincere blessings and gratitude

GOOGLE - ‘DIED SUDDENLY’ and tap news. Wake the F up please now. This is NOT normal ! Young people in the prime of their lives do not just drop dead from cardiac arrests in massive numbers world wide. Do a local search and the story is the same... then expand your search further. - all of these people were V’d! I literally went and checked EVERY. SINGLE. ONE

And here's WebMD claiming the chances of the vaccine containing gene cell therapy is "zero" when asked going on to put it in the category of conspiracy theory. Brenda Goodman who wrote the article should be fired, and all of her article should be questioned. She completely discredited herself, and WebMD when it comes to Covid. They're all shills for the pharm corps.

Much of the misinformation surrounding vaccines from Pfizer and Moderna involve fear that they will alter our genes. But the science shows there is "zero" chance of that happening.

11/11/21 I am a MICA (Mobile Intensive Care Ambulance) paramedic in Victoria, my brother received his second Covid-19 vaccine and within a two week period suffered a major heart attack, was admitted to the Melbourne private hospital for ten days, and is now virtually on home Oxygen most of the time due to heart failure. His wife since having her second dose was admitted to Hospital with blood clots in her legs and was hospitalised for ten days, has not been able to go back to work. These cases were not reported to the TGA. Whistleblowers: fso.whistleblowers@tutanota.com Media/Administration: fso.media@tutanota.com Social Media: Telegram - Frontline Workers Speak Out!

Dunno what all the fuss is about. So what if there is Graphene Oxide in the jabs?
.
Looks perfectly safe to me....

Awoken2 said:
Dunno what all the fuss is about. So what if there is Graphene Oxide in the jabs?
.
Looks perfectly safe to me....

Not to divert attention away from what appears to be the truth regarding Graphene Oxide, the content in this video appears to be Ferrofluid, you can order it from Walmart, Amazon etc... Sold as a display stem toy and desk ornament.

What MSM Will NOT Report - It's A Pandemic Of The Vaccinated, Numbers Of Deaths & Horrific Injuries Keep Increasing 24:12

What MSM Will NOT Report - It's A Pandemic Of The Vaccinated, Numbers Of Deaths & Horrific Injuries Keep Increasing

I apologize for not leaving links. If you want to read the articles, please search their titles. Should you want to donate, I would very much appreciate it. I have a PayPal account under smilinrocks@... 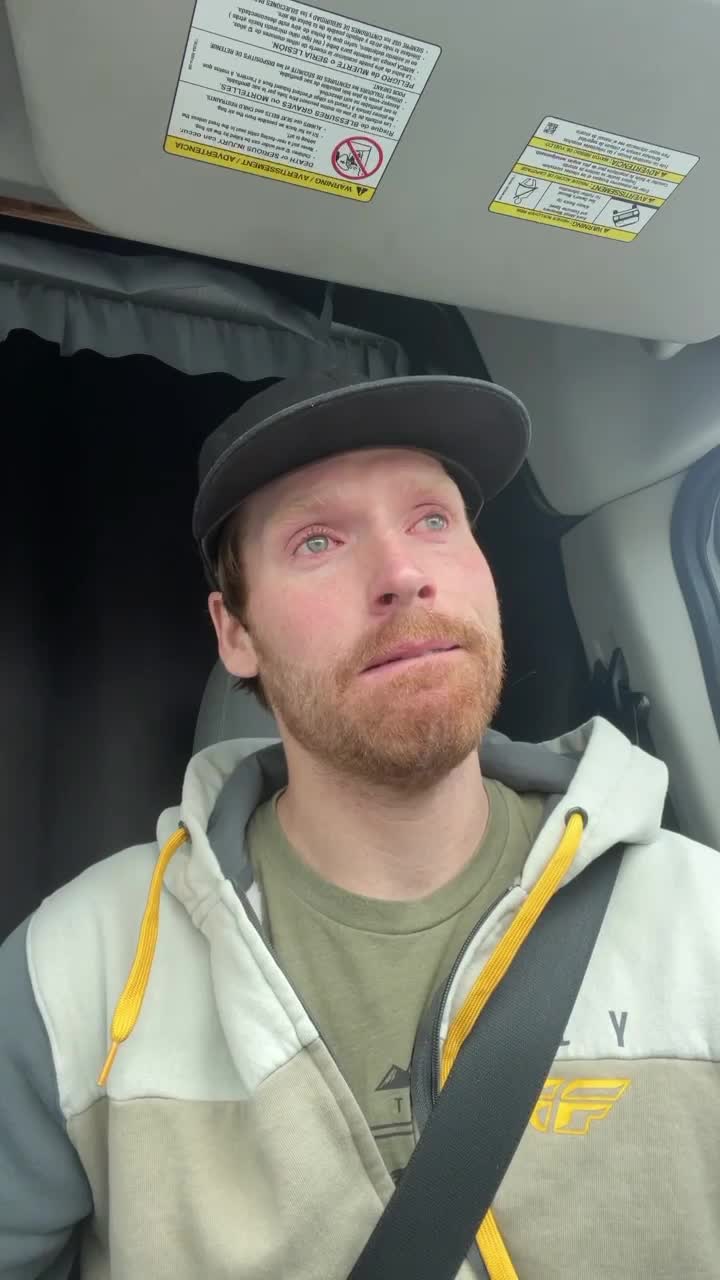 Professional mountain biker, Kyle Warner, posted this to Instagram a few hours ago.

Professional mountain biker, Kyle Warner, who testified at Sen. Ron Johnson’s hearing just posted this to Instagram a few hours ago. I have no words, other than please pray, pray, pray for this young 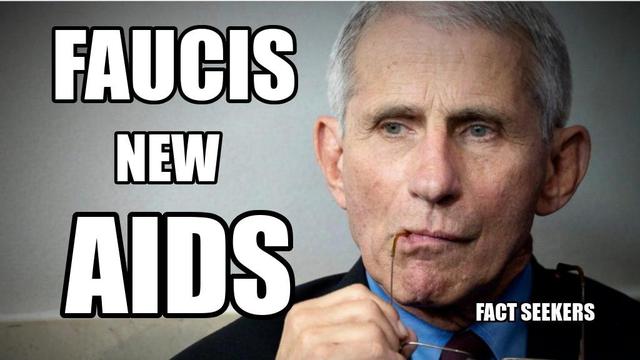 DR. RYAN COLE AND OTHERS - WARN OF IMMUNE SYSTEM DEVASTATION 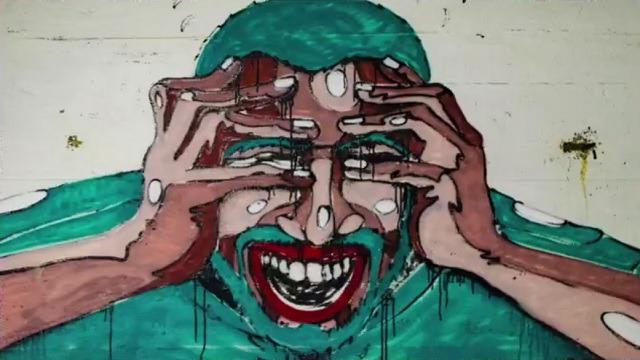 She says her daughter is in middle school and took both doses. She is now always complaining her heart hurts after 3 weeks of the vaccine. Her hair is also falling off.

I have to share this. This is a very accurate summary of today's journalism.

His neighbour's son is 20 years old has no problems and after the vaccination fell unconscious suddenly from brain hemorrhage and died 2 days later.