They are running with the same script here in Canada.

Frank Badfinger said:
They are running with the same script here in Canada.
Click to expand...

There probably isn't a puppet politician on Earth that didn't get that same memo.

More than 7,000 deaths have occurred in Europe, and more than 200,000 injuries worldwide have been reported.

More than 7,000 deaths have occurred in Europe, and more than 200,000 injuries worldwide have been reported.
April 14, 2021 (LifeSiteNews) -- More than 10,000 people have died shortly after COVID-19 vaccination since December, American and European authorities have revealed. The deaths include more than 7,100 in Europe, according to the European Medicines Agency (EMA), and 3,005 reported by the U.S. Centers for Disease Control (CDC).

As of Tuesday, EudraVigilance, the EMA’s database of suspected drug reaction reports, noted that 4,036 “fatal outcomes” after vaccination with Pfizer’s COVID-19 shot, as well as 1,922 and 1,234 deaths after administration of vaccines made by Moderna and AstraZeneca, respectively.

EudraVigilance also reported 20 deaths from the COVID-19 vaccine developed by Johnson & Johnson. The database has disclosed more than 200,000 injuries possibly linked to the four vaccines, with tens of thousands of cases deemed “serious.”

The U.S. government likewise has reported 3,005 deaths and more than 56,869 adverse events after coronavirus vaccinations as of April 12. Vaccine injuries in the United States are tracked by VAERS, a surveillance system overseen by the CDC and the Food and Drug Administration (FDA). VAERS may only catch around one percent of all vaccine-related injuries, according to a 2010 government study, and has been sharply criticized for accessibility problems.

Among the suspected COVID-19 vaccine adverse events reports that VAERS has published, 42 percent of deaths occurred in people who fell ill within 48 hours of getting their shot. VAERS has reported thousands of other debilitating outcomes, like 620 instances of Bell’s Palsy and 110 post-vaccination miscarriages. The British government has warned against taking COVID-19 vaccines while pregnant.

Harvard-trained MD: Globalists are using COVID-19 to ‘crush the spirit’ of mankind

Dr. Peter Breggin believes that whats going on with COVID-19 is similar to what took place in Germany in the 1930s and in America during the 1770s.

Dr. Peter Breggin believes that what's going on with COVID-19 is similar to what took place in Germany in the 1930s and in America during the 1770s.
April 13, 2021 (LifeSiteNews) – Dr. Peter Breggin is an acclaimed psychiatrist with decades of experience researching and writing about a great many topics. He previously did consulting work with the National Institue of Mental Health.

Recently, he wrote a new book that connects all the dots on the coronavirus. It’s titled COVID-19 and the Global Predators: We are the Prey.

Dr. Breggin is a first-rate scholar. And his knowledge shines through on my podcast today. Among other things, he explains to me how Dr. Fauci, Bill Gates, and Klaus Schwab have been openly coordinating during the coronavirus “pandemic.” He and I also talked about the psychological impact the virus is having.

“We’re facing a vast political push of top-down government to crush the spontaneity of the human being,” he said. These forces are “using public health … to increase docility in the population.”
Click to expand...

This doc is my hero! What a courageous man he is and has been - fighting those absolutely SICK “scientists” from years ago like Jose Delgado and his “Stimoceiver” which was designed to control the behavior of its subjects via electricity. That exhibit with the bull is appalling. These “scientists” are sociopaths and I thank God there are good doctors like Dr. Breggin fighting the GOOD fight!

April 15, 2021 (The Conservative Woman) – In the early stages of the ongoing ‘war on terror’, which started twenty years ago, a nebulous conception of the enemy, non-existent victory conditions and the consistent dishonesty of warmongering politicians such as Blair led some to wonder if the threat of the global ‘Axis of Evil’ had been exaggerated to achieve some other set of goals.

Today, in similar circumstances of unanswered questions and ambiguous realities underpinned by systematic deception, reinforced by Boris Johnson on Monday as he launched the new phase of the psychological and economic war he is waging on the British people – vaccine passports (and after that?) – this question is being asked:

Perhaps the most important point to grasp is that a pandemic is a construct, not an object. There is nothing you can point at which is the pandemic, only various data points indicating that one exists.

The World Health Organisation changed its definition in 2008 to exclude the criterion of ‘enormous numbers of deaths and illness’. In other words, the definition of a pandemic is ultimately a matter of interpretation. There is no data that currently supports the claim there is a pandemic in Britain at this moment, and whether any data ever did is doubtful.

“I have been quite alarmed at the high rate of serious side effects from this novel treatment,” family doctor Charles Hoffe wrote in an April 5 letter to British Columbia Provincial Health Officer Bonnie Henry.

A 72-year-old patient with Chronic Obstructive Pulmonary Disease (COPD) but no underlying cardiovascular disease complained of being continually more short of breath after receiving a first dose of Moderna’s experimental COVID vaccine, and 24 days after the injection, died “very suddenly and unexpectedly,” the letter said.

Three of Hoffe’s patients have “ongoing and disabling neurological deficits,” including continuing “disabling dizziness,” “neuromuscular weakness, with or without sensory loss” and “chronic pain,” with or without headaches. These ailments persisted for 10 weeks after their shots of the Moderna’s vaccine.

“It must be emphasized, that these people were not sick people, being treated for some devastating disease,” Hoffe wrote. “These were previously healthy people, who were offered an experimental therapy, with unknown long-term side effects, to protect them against an illness that has the same mortality rate as the flu. Sadly, their lives have now been ruined.”

A doctor asked the British Columbia provincial health officer, ‘Is this normal?’

A.J. said:
@Frank Badfinger or anyone else? What’s the best treatment for COVID-19 ? That won’t get too much resistance? Ivermectin ?
Click to expand...

Mini Contini said:
Vitamin C, D3 and Zinc are found to be effective in preventing and treating COVID-19 symptoms, for example. I’ve also heard about the use of Quercetin, and HCQ of course.
Ivermectin is antiparasitic, though.
Click to expand...

Lately, i've been boiling avocado leaves and taking the concoction...for other reasons, nothing to do with covid. The leaves contain Quercetin but this is the first time iam seeing quercetin and covid in the same sentence/as a treatment. Ofcourse, i could just blend the leaves and drink them raw since heat denatures but admittedly, that's just me being super lazy to reach for the blender. 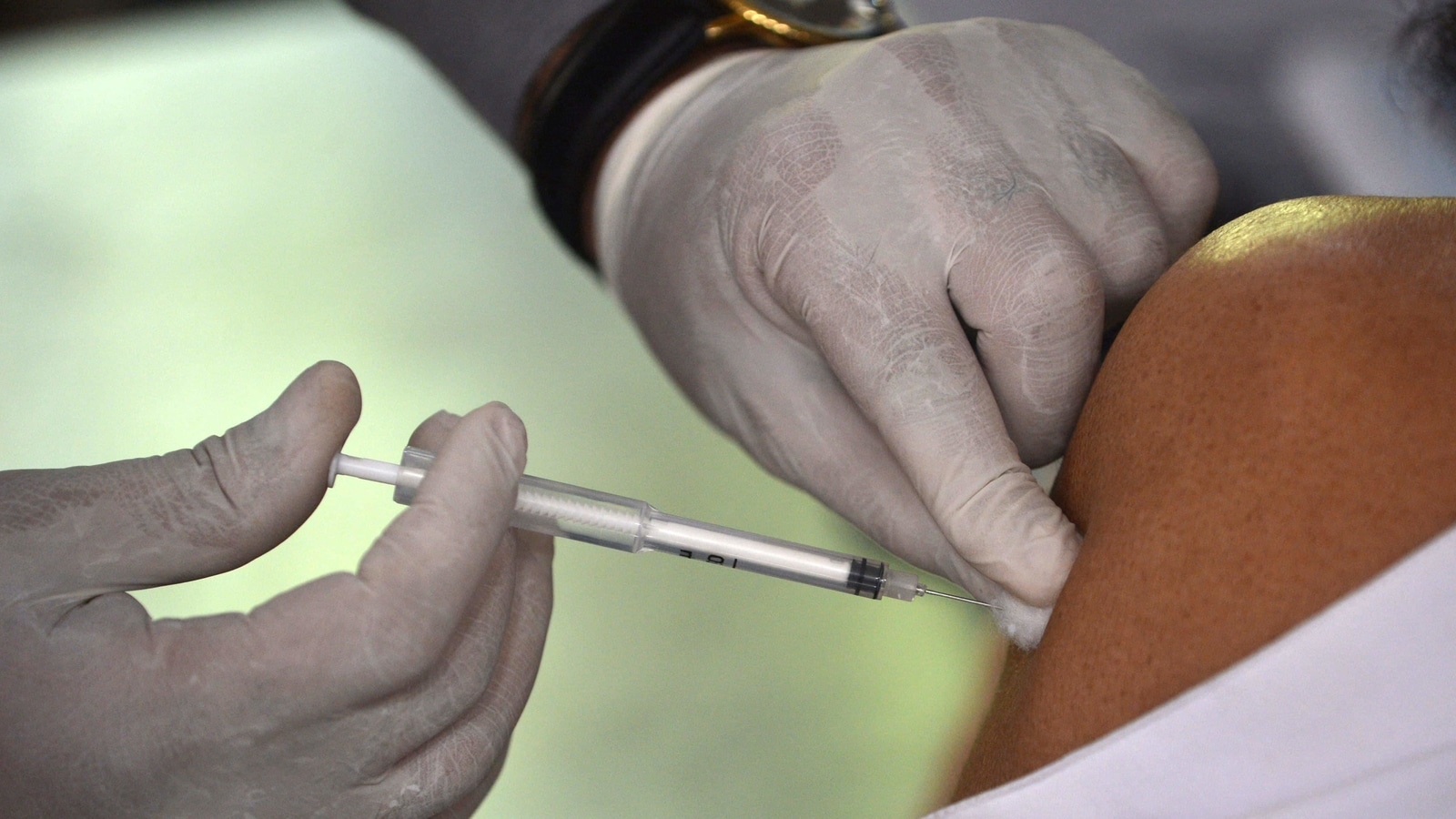 Chinese vaccines “don’t have very high protection rates,” said the director of the China Centers for Disease Control, Gao Fu, “Everyone should consider the benefits mRNA vaccines can bring for humanity,” he added.

Chinese vaccines “don’t have very high protection rates,” said the director of the China Centers for Disease Control, Gao Fu, “Everyone should consider the benefits mRNA vaccines can bring for humanity,” he added.
Click to expand...

The good doctor was present at EVENT 201, he was seated next to Avril Haines, who is now the head of ODNI (director of national intelligence)

Censored comment I wrote in regards to an article about several people dying after their first jab. These vaccinated individuals tested positive afterwards and their deaths were labeled as CV-19 death.

A Freeman said:
One has to wonder if direct poisoning and/or direct injection are the ONLY delivery systems available for biological weapons (e.g. poisoning the water supply, or the food or air -- which are not nearly as cost effective as direct poisoning via injection/vaccination).
Click to expand...

They administer potentially gene altering therapies via vaccine as this RNA is too fragile to survive in water or when exposed to sunlight. That’s not to say biological agents or chemical agents wouldn’t withstand being dumped in the water or sprayed in the air - but for these uh, genetic materials /“vaccines”...shots are the way to go. Also it’s far more expensive to create these “vaccines,” manufacture them and distribute them than to dump stuff in the water supply or spray it. But more likely than cost...it allows for a more PRECISE and TARGETED administration.

Why Have Life Insurance Rates Remained Unchanged If there Is a Deadly Pandemic? 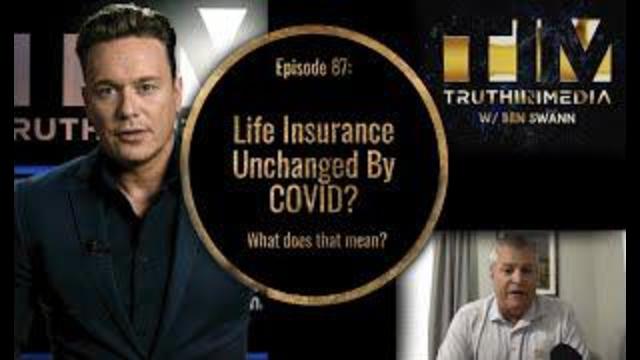 Support our work on BitChute, and https://EarthNewspaper.com All The Honest News Fit To Publish, the independent, ad-free website with ten or more posts published daily, over 2,260 archived, with a small recurring monthly donation of 5, 10, or 15 ce…