The US Sponsored "Rwanda Genocide" and its Aftermath. Psychological Warfare, Embedded Reporters and the Hunting of Refugees by Keith Harmon Snow

According to the official story, extremist Hutus in the government and military committed an orchestrated and pre-planned genocide against the Tutsi minority from April 6 to about July 16, 1994. In this mythology, some 800,000 to 1.2 million Tutsi were butchered with hoes, axes, and machetes, over the now infamous “100 days of genocide.”

As the Hercules’ engines started with a roar, American agents in Kigali were working alongside local civil servants and members of the Rwandan security service, ramping up public suspicion about foul play in the presidential air crash. Urged on by corrupt officialdom, Hutu tribesmen started marching on Tutsi tribesmen and threw a few rocks at them. Innocent enough at the outset, although with a few nasty machete cuts here and there. But then the C-130 Hercules made a carefully-calculated pass directly over the advancing Hutu, and they suddenly went berserk. Eyes glazed, the mood of the Hutu crowd went from simple anger to uncontrollable rage, and within minutes, hundreds of assorted Tutsi body parts were flying through the air.
Creating Electronic Rage

What the Hercules crew had just achieved has been an open secret since the late fifties, when researchers accidentally discovered that there is a precise “control” brain wave for literally everything we do, and for everything we feel. The problem back then was that each of these control brain waves [rage, fear, panic, lethargy, vomiting and so on] had to be transmitted with an accuracy taken out to three decimal places, or they simply did not work at all. But as the years rolled by, and with the advent of transistors and microprocessors, the operational application of precise control brain waves became practical reality.
Click to expand...

Football stadiums in America were packed with thousands of maskless fans side by side this weekend. The media is more or less avoiding talking about it. So, something that would have set off the Fauci cultists so far on Tuesday, we have not heard back from issues. The media being so quiet about this after showing so-called super spreader events much smaller than crowds of 30-100,000 which make this a brow raiser. I am curious to see what happens for this was more or less citizens telling the government to stick it.

This so-called killer virus is propagated by the dirty media both left and right in the US. Meanwhile, they still will not show European marches in media here. It is full-throttle propaganda and splitting sanctioned by the bill signed under Obama to make propaganda legal for what they feel is best for the country. They have lost the narrative thanks to sports. Americans are as fed up with the BS as anyone else with the exception of mentally weak people who devour propaganda.

During the Virginia Tech -UNC game much of the crowd went into an "F-U Biden," chant. Stadiums were packed all weekend with 98% maskless. Who knew sports would be the thing to start to break the bonds of mind prison here. Those who are the loudest or the ones left on social media and American news outlets cannot scream this away.

If everything they want us to believe is true, then we will soon have multi-thousands of infected people anytime now and that would shut it all down again. But if they go that route I do feel Americans will hit the streets like in Europe.

Russia: People want to escape COVID hysteria. They forbid to escape Moscow by railway station and force everyone to pass a baggage to radioation that make sure you will be ill and die slow avoid to being noticed.

That is literally the mark coming down the line

seekinheart said:
That is literally the mark coming down the line
Click to expand...

I want to literally punch him in the face 100 times

A massive collection of papers and articles about graphene oxide, many of them related specifically to its use in the covid shots and its transhumanism applications. I think a few of the links have already been shared here on this thread at some point or another, but there is a lot there and I'm sure some of it is new to the thread-- also it's just handy to have it all collected for anyone who's trying to dig into the topic. 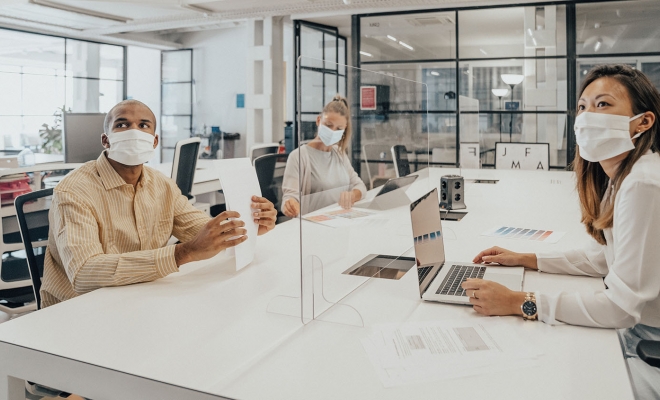 Governor Hochul announced that the commissioner of health has designated COVID-19 a highly contagious communicable disease that presents a serious risk of harm to the public health under New York State's HERO Act.

every employer in NY state...

Yes, Ivermectin and steroids are very important in fighting Covid.
However, Alex Jones is controlled opposition.
Did you not hear him use Gods name in vain at the beginning of this video?
He is not on the side of Christians.
He comes from a long family line of freemasons.
Yes, he exposes alot but do not trust him.