This comment resulted in a 24 hour ban from FB and was supposedly "hate speech".

billy t said:
This comment resulted in a 24 hour ban from FB and was supposedly "hate speech". View attachment 61467

Alex Berenson got permanently banned the other day. Too much truth.

This is the goal.

Yeah, I also wanted to just encourage people to go out of their way to talk to people who may not know what is actually going on. I have sparked up conversations with many people today who were wearing masks outside. 3 responded positively and 1 person became antagonistic but the latter case was already expected because he was one of the ones who wear masks in the car when nobody else is even in the vehicle. Me: "hey, mate how are ya? What is the mask for?" Brainwashed moron: "um, I don't know, I just do it". Me: "So your reason is basically that everybody else does?" Brainwashed moron: "I don't want a debate". Translation: I am indoctrinated and I don't want you deprogramming me.

One guy I spoke to was agreeing with my points once I broke it down to him and eventually just removed his mask himself and was laughing about how stupid it all was.

billy t said:
This comment resulted in a 24 hour ban from FB and was supposedly "hate speech". View attachment 61467

Algorithms do most of the censoring. Like youtube, facebook is too big, there are too many users to monitor. Your posts will go farther if you try to avoid keywords, like "vaccine hesitant". You could use vaxx, death Jab, ect.

Look for something that might get flagged before you post and then alter it. A little creativity will help you get a wider audience.

What’s the penalty for not wearing a face covering?

billy t said:
Yeah, I also wanted to just encourage people to go out of their way to talk to people who may not know what is actually going on.
Click to expand...

100%. i actually saw an older guy (70s?) wearing an "arrest fauci" shirt today. i went over and started talking to him and he said he was already in 2 fights today over it.
last week i saw a guy with a "UNmasked, UNvaccinated, UNafraid" shirt on that someone had posted pages ago on this thread. we are out there in great numbers, but we are simply not showing it!

on saturday, a person came into the store and he passingly mentioned that his sister in law has a blood clot in her brain. i looked at the other employee (she knows) and asked, "was she vaccinated?" he looked at me and said, "well... yes. she was." turns out he wasnt vaxxed himself, so i started peppering him with info that we all know on this thread. he didnt know ANY of the whys or hows. i think a LOT of people out there have an intuitive sense not to take it because the governments are so forceful about it. it doesnt sit right, as it should with anyone.
i mentioned that the pregnant women in the trials had miscarriages and his jaw dropped. he said his daughter just got pregnant but luckily she didnt get the jab.
without overdoing it, i jotted down a few things for him to look up on bitchute, as i told him google, YT, and facebook are completely censored and are useless. i didnt give him any channels-- best for him to search on his own.

Great Reset & Operation L0ckstep - Jay Dyer
Today I will cover the full L0ckstep document and its 4 scenarios in relation to the Great Reset and Klaus and Gill Bates' plans. We will look at how all 4 scenarios contain aspects of the future, including hacking attacks (Cyber P0lygon), surveillance, climate change, and more! 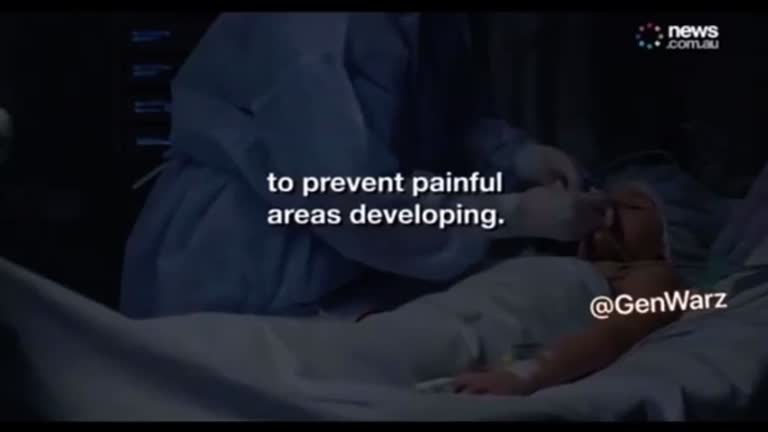 1:19.
anti-freedom propaganda coming out of australia.
its so over the top i thought it was a joke!