Line said:
Can you tell me about Marburg? It don’t evoke a familiar event/image within me like all the others terms you used there…
Click to expand...

Todd Callender represented me last year in a legal matter, and we have become friends since. He is a brilliant and ethical man that is on the front lines fighting against the Technofascist medical tyranny Great Reset takeover. I emailed Todd an hour ago the following article:

Marburg Will Be Activated via 5G, Quarantine Camps and Shots for the Unvaxxed – Forbidden Knowledge TV

This video was posted here back in 2020 but apparently only now it's causing a real problem.

Journalist Wayne Peters discusses his permanent suspension from Twitter for sharing a 2 minute video
At 5:30 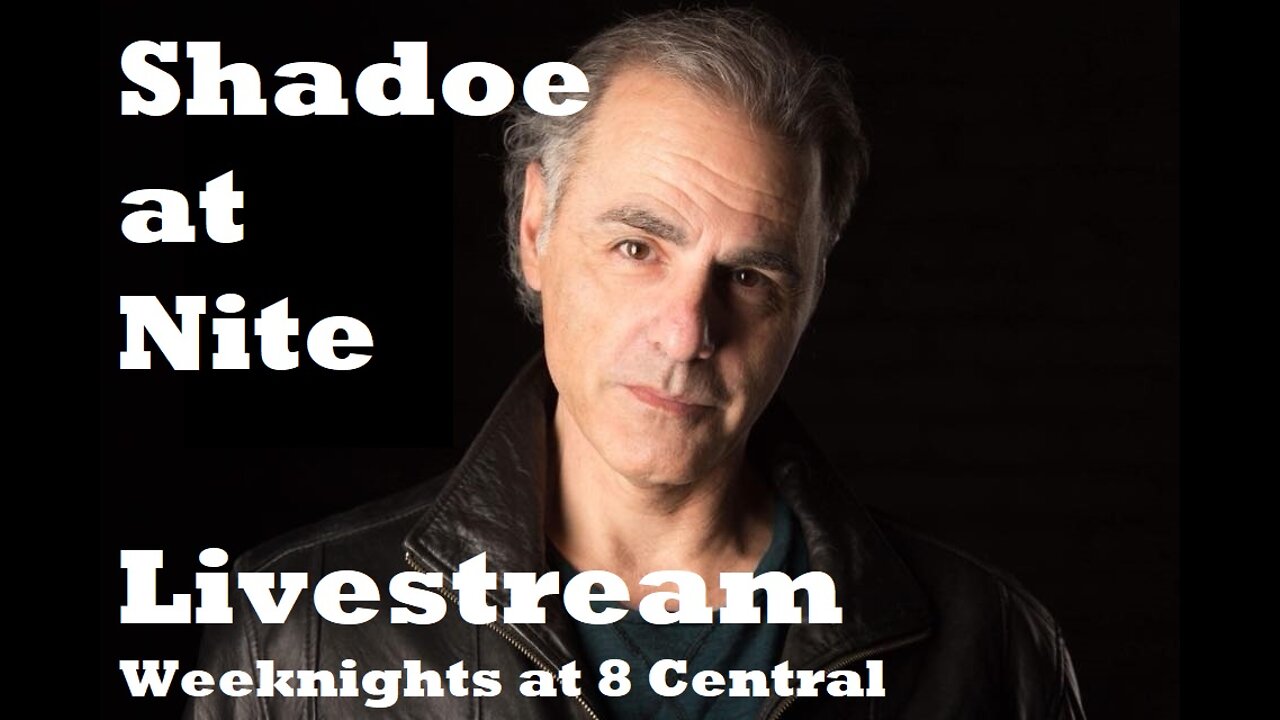 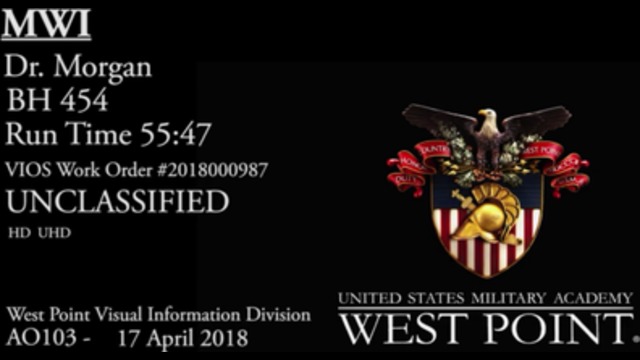 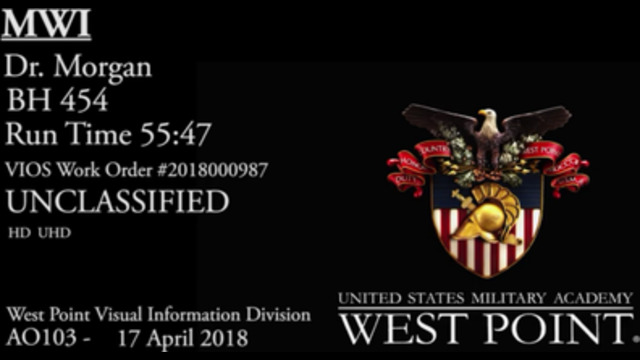 We all didn't even notice til the last few years 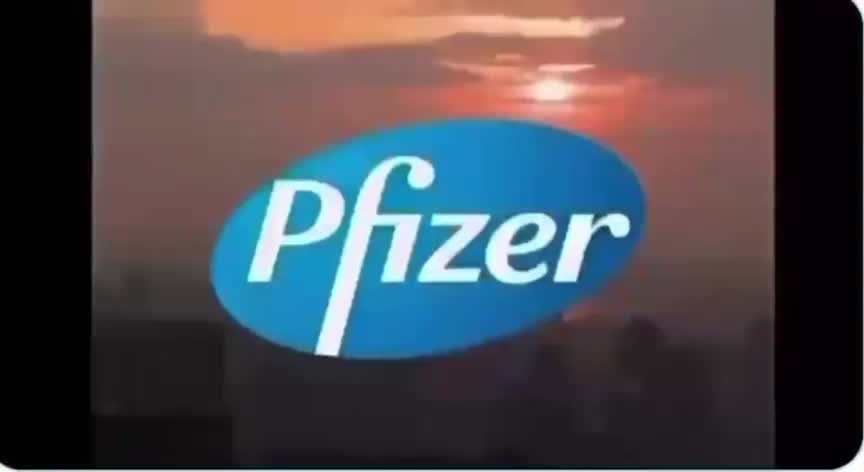 This is how big Pharma controls the news media.

The Corporate Media lies to you by omission. The following is an article by a former New York Times journalist , John Swinton *1 who was asked to give a toast before the New York Press Club. Even thou

Line said:
Can you tell me about Marburg? It don’t evoke a familiar event/image within me like all the others terms you used there…
Click to expand...

the virus name is ebola, it's also the known title.
marburg is like a last name or place of origin, ppl seriously have to get it together

We can only Hope/Pray that by then many will Know
who that anger/rage/despair/grief should be pointed at
and will want the justice to be laid at the feet of those
who are guilty of perpetuating this genocide tptb such
as fauci,gates,turdeu etc....the ones that kept saying
it's safe and effective but Knew that it wasn't 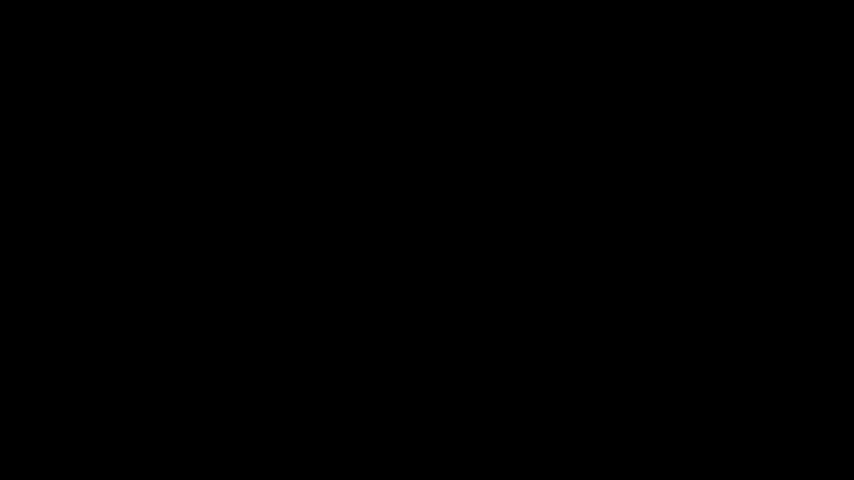 [Mirrored] – Fair Use Policy July 22, 2022. While millions die or are injured from the deadly vaccine, there are sleazy doctors getting the fake Vaxx pass for themselves and their families. They are t

1824: Metal workers had suffered for centuries from a paralysis similar to polio caused by the lead and arsenic in the metals they were working with. English scientist John Cooke observed: 'The fumes from these metals, or the receptance of them in solution into the stomach, often causes paralysis.'

1890: Lead arsenate pesticide started to be sprayed in the US up to 12 times every summer to kill codling moth on apple crops.

1892: Polio outbreaks began to occur in Vermont, an apple growing region. In his report the Government Inspector Dr. Charles Caverly noted that parents reported that some children fell ill after eating fruit. He stated that 'infantile paralysis usually occurred in families with more than one child, and as no efforts were made at isolation it was very certain it was non-contagious' (with only one child in the family having been struck).

1907: Calcium arsenate comes into use primarily on cotton crops.

1909: The UK bans apple imports from the States because of heavy lead arsenate residues.

1921: Franklin D. Roosevelt develops polio after swimming in Bay of Fundy, New Brunswick. Toxicity of water may have been due to pollution run-off.

1943: DDT is introduced, a neurotoxic pesticide. Over the next several years it comes into widespread use in American households. For example, wall paper impregnated with DDT was placed in children's bedrooms.

1943: A polio epidemic in the UK town of Broadstairs, Kent is linked to a local dairy where cows were washed down with DDT.

1944: Albert Sabin reports that a major cause of sickness and death of American troops based in the Philippines was poliomyelitis. US military camps there were sprayed daily with DDT to kill mosquitoes. Neighboring Philippine settlements were not affected.

1944: NIH reports that DDT damages the same anterior horn cells that are damaged in infantile paralysis.

1950: US Public Health Industrial Hygiene Medical Director, J.G. Townsend, notes the similarity between parathion poisoning and polio and believes that some polio might be caused by eating fruits or vegetables with parathion residues.

1951: Dr. Biskind treats his polio patients as poisoning victims, removing toxins from food and environment, especially DDT contaminated milk and butter. Dr. Biskind writes: 'Although young animals are more susceptible to the effects of DDT than adults, so far as the available literature is concerned, it does not appear that the effects of such concentrations on infants and children have even been considered.'

1949-1951: Other doctors report they are having success treating polio with anti toxins used to treat poisoning, dimercaprol and ascorbic acid. Example: Dr. F. R. Klenner reported: 'In the poliomyelitis epidemic in North Carolina in 1948 60 cases of this disease came under our care... The treatment was massive doses of vitamin C every two to four hours. Children up to four years received vitamin C injection intramuscularly... All patients were clinically well after 72 hours.'

1950: Dr. Biskind presents evidence to the US Congress that pesticides were the major cause of polio epidemics. He is joined by Dr. Ralph Scobey who reported he found clear evidence of poisoning when analyzing chemical traces in the blood of polio victims.
Comment: This was a no no. The viral causation theory was not something to be questioned. The careers of prominent virologists and health authorities were threatened. Biskind and Scobey's ideas were subjected to ridicule.

1953: Clothes are moth-proofed by washing them in EQ-53, a formula containing DDT.

1953: Dr. Biskind writes: 'It was known by 1945 that DDT was stored in the body fat of mammals and appears in their milk... yet far from admitting a causal relationship between DDT and polio that is so obvious, which in any other field of biology would be instantly accepted, virtually the entire apparatus of communication, lay and scientific alike, has been devoted to denying, concealing, suppressing, distorting and attempts to convert into its opposite this overwhelming evidence. Libel, slander, and economic boycott have not been overlooked in this campaign.'

1954: Legislation recognizing the dangers of persistent pesticides is enacted, and a phase out of DDT in the US accelerates along with a shift of sales of DDT to third world countries.
(Note that DDT is phased out at the same time as widespread polio vaccinations begin. Saying that, polio cases sky rocket only in communities that accept the polio vaccine, as the polio vaccine is laced with heavy metals and other toxins, so the paralysis narrative starts all over again. As the polio vaccines cause huge spikes in polio, the misinformed public demand more polio vaccine and the cycle spirals skyward exponentially)

1956: the American Medical Association mandated that all licensed medical doctors could no longer classify polio as polio. All polio diagnosis would be rejected in favor of Guillian-Barre Syndrome, AFP (acute flaccid paralysis), Bell's Palsy, Cerebral Palsy, ALS, (Lou-Gehrig's Disease), MS, MD etc etc. This sleight of hand was fabricated with the sole intent of giving the public the impression that the polio vaccine was successful at decreasing polio or eradicating polio. The public bought this hook, line and sinker and to this very day, many pro vaccine arguments are ignited by the manufactured lie regarding the polio vaccine eradicating polio.

1968: DDT registration cancelled for the US.

2008: Acute Flaccid Paralysis (AFP) is still a raging in many parts of the world where pesticide use is high, and DDT is still used. AFP. MS, MD, Bell's Palsy, cerebral palsy, ALS (Lou Gehrig's Disease), Guillian-Barre are all catch basket diagnosis, all similar in symptoms, tied to heavy metal poisoning and high toxic load.

2008: WHO states on its website: 'There is no cure for polio. Its effects are irreversible.'

Conclusion: Modern belief that polio is caused by a virus is an ongoing tragedy for the children of the world. Public funds are wasted on useless and dangerous vaccines when the children could be treated with antitoxins. A call into failing vaccine mythology is warranted, as is a complete investigation of the real agenda being executed against humanity involving science, chemicals, vaccines, the medical field in general, and the government.

Now can we stop saying polio vaccines saved lives because they didn’t and don’t. It’s a pointless vaccine(s) that could possibly injure you,doesn’t give you immunity from the toxicity. It can give you the symptoms of paralysis like lusted above. You cannot create a vaccine for a toxicity problem.

You cleanse your body and live a healthier lifestyle. Why is it still on the CDC schedule? Makes a lot sense eyeroll

Big pharmaceutical and all their buddy companies and funders and fundees whatever, they don’t have our best interests at heart. Bill Gates, WHO, CDC, Anyone who thinks there should be a mandatory worldwide vaccine is full of shit and they are doing it for the money and agenda in play.

L3M4 said:
the virus name is ebola, it's also the known title.
marburg is like a last name or place of origin, ppl seriously have to get it together
Click to expand...

Did you bother to read my reply just a few posts above yours?

I posted this in the Monkey Pox Thread but felt it was too important to not repost here. Send this out to everyone you know. “Monkeypox” is only circulating in countries where the Pfizer Vaccine has been distributed & is being used to advance a Technocratic Great Reset...

Frank Badfinger said:
Did you bother to read my reply just a few posts above yours?

I posted this in the Monkey Pox Thread but felt it was too important to not repost here. Send this out to everyone you know. “Monkeypox” is only circulating in countries where the Pfizer Vaccine has been distributed & is being used to advance a Technocratic Great Reset...

L3M4 said:
yes it has a few links and if it's true we're all finished
Click to expand...

Tens of thousands of animals found dead, mutilated, and gutted. Who is doing it and why? In the shocking episode new Fox Nation episode, Tucker Carlson searches for answers to the cattle mutilation mystery. 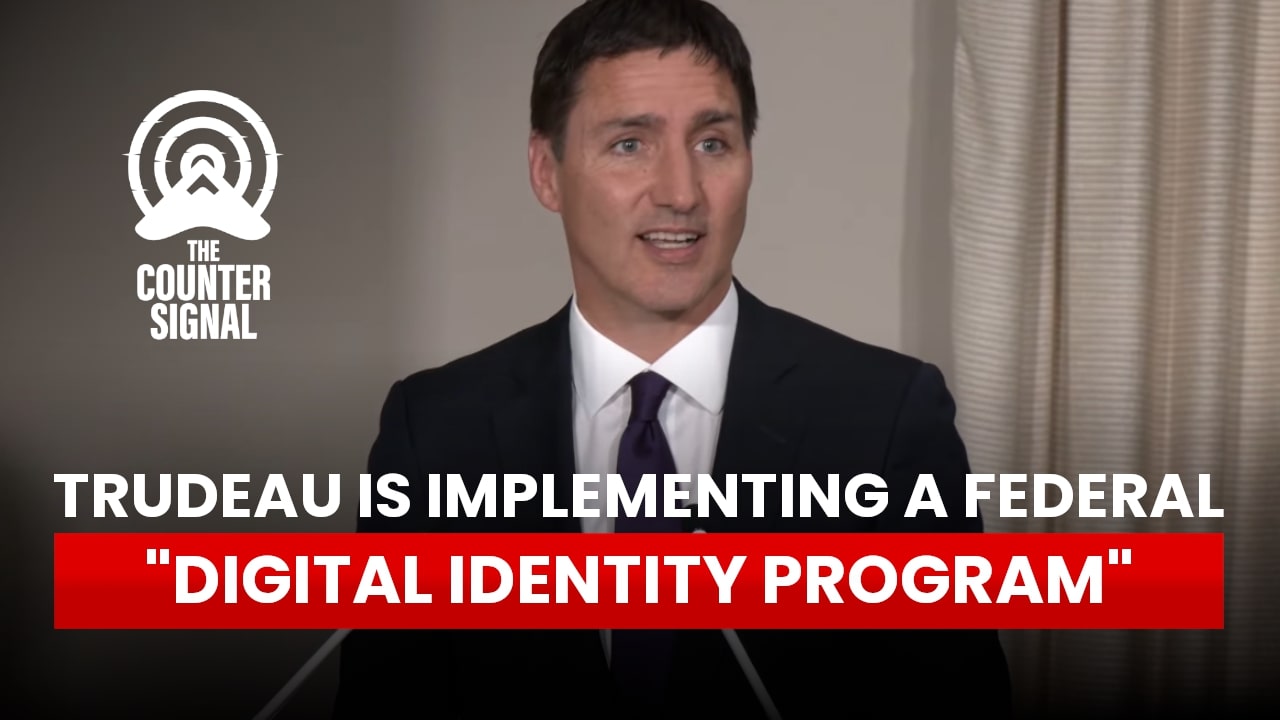 Trudeau is in lockstep with the Great Reset agenda now that the Liberals have unveiled their ambitious federal "Digital Identity Program."

Steve Kirsch: “This Is the Most Dangerous Vaccine Ever Created” FOX NEWS! 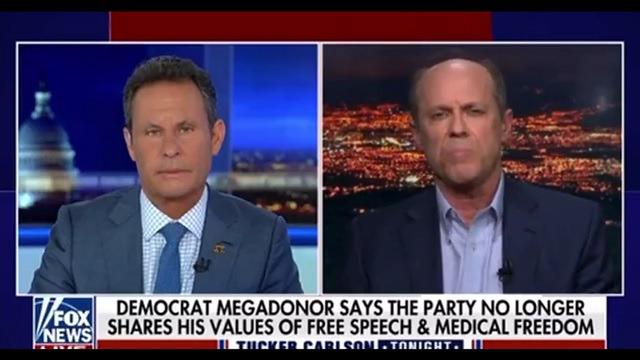 “This Is the Most Dangerous Ever Created” FOX NEWS!

====== debess ====== ❤️ Support my work @ https://www.buymeacoffee.com/debess1C Help replace this PC @ https://gogetfunding.com/debess-bitchute-channel/ ====== MSM now airing what many of us knew from the beginning. OR are they normalizing de… 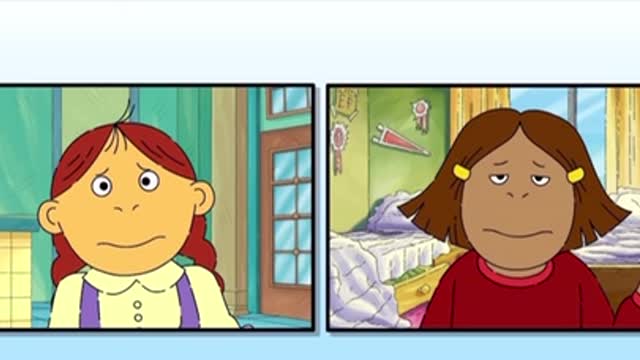 Programming Your Children: Francine Tells Muffy Why She Should Wear a Mask

Programming Your Children: Francine Tells Muffy Why She Should Wear a Mask Truth Seeker in my Spare Time Telegram is my home base of Operations— follow me at t.me/candlesinthenight Truth Social at @MJ

lmbo didn't age to well did it 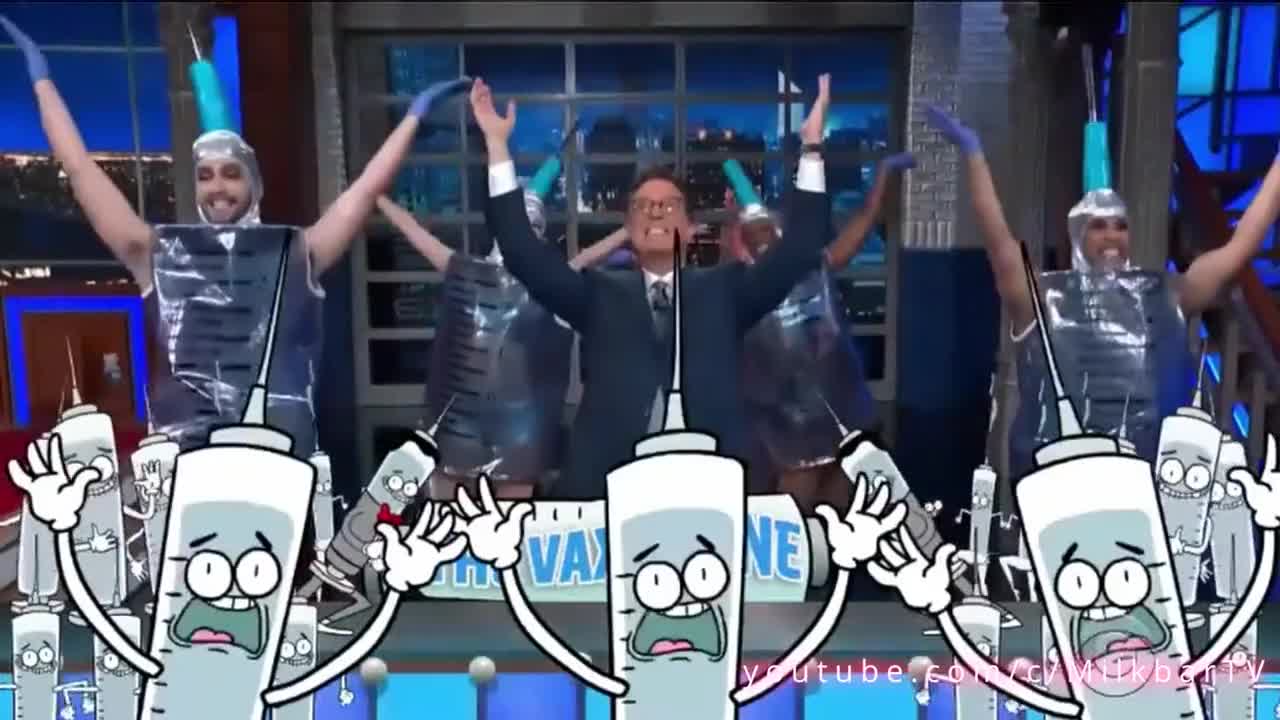 they were all anti vaxxers before taking office

only in clown world 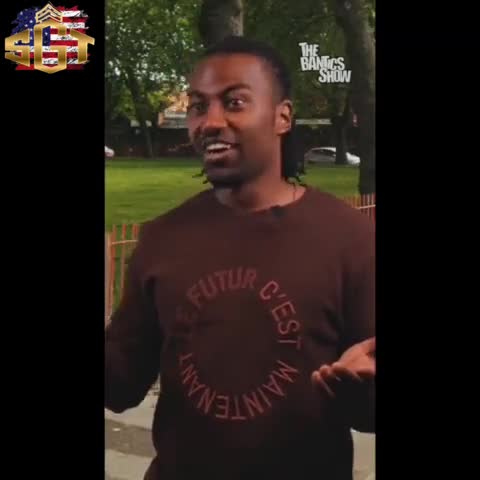