Another 9-11 anniversary is fast approaching. The internet is slowly being scrubbed of vital information relating to all things conspiracy. I thought it would be worthwhile to create a thread where people can disuss and post things about 9-11 before they disappear completely.

A plane hit the Pentagon? 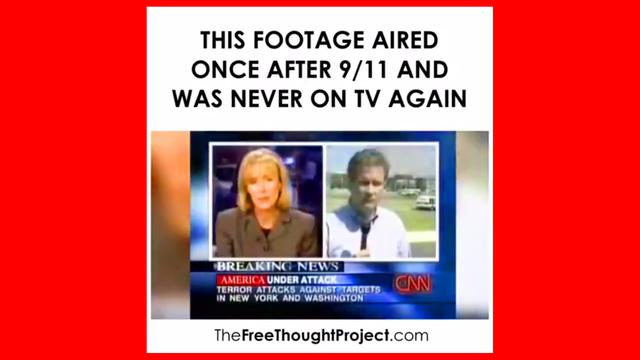 9/11 news report that only aired once

Almost 20 years later and 911 is still one of the strangest thoughtforms in human history.

We'll be right back to Countdown to September 11th after this short musically interlude.

Everything you ever wanted to know about the 9/11 conspiracy theory in under 5 minutes.

Rare Flight 93 video - Fox News - "Nothing there but a hole in the ground... Nothing that you could distinguish that a plane had crashed there"

Later media said passengers fought off the hijackers just before it crashed into a field in Shanksville, Pennsylvania. The official explanation as to why there was no wreckage was that it had disintegrated into the ground.

heres to red pilling someone this sept 11th.

If people don't know about it, from an actual University study into 9/11:


In May 2015, a team of researchers began the two-year engineering investigation of the collapse of WTC7. Dr. J. Leroy Hulsey, of the University of Alaska Fairbanks, and two Ph.D. research assistants partnered with Architects and Engineers for 9/11 Truth.

“We will investigate the collapse. We probably will not be able to tell them what caused it, but I could tell them what did not,” Hulsey told MintPress in 2015.

The preliminary results of the two-year study have now been released. During an interview at the Justice In Focus Symposium, Hulsey said that the team has already investigated the official narrative that fire caused the building’s collapse – and they have dismissed it as false.

“It is our preliminary conclusions, based upon our work to date, that fire did not produce the failure at this particular building.”

“I am approaching it like most forensic engineers would. We’re looking at the structure itself, trying to put together all of the details of what was available, and in this case very little was available. Because most of it has been destroyed or it’s locked in vaults somewhere.”

When their study concludes in April 2017, Hulsey and his team will allow a panel of experts to analyze the data and submit the study to peer-reviewed journals. The researchers are promising a “completely open and transparent investigation into the cause of World Trade Center Building 7’s collapse,” and will post every step of their scientific process on WTC7Evaluation.org. The WTC7 Evaluation project will also include a review by a committee of technical experts who will vet the research being conducted by Dr. Hulsey and his students.

Also this book is a very interesting read:

There is a lot of strange 'coincidences' beneath the surface, a lot of stuff I noticed myself as someone that has already been through a lot of occult material before.
(there's a pdf floating around somewhere online btw)

"What you need is an event, an event that gets everyone's heads turned around"

"What you need was a new Pearl Harbor. That's what they said they needed"

John Pilger reveals the American plan: a new Pearl Harbour
Two years ago a project set up by the men who now surround George W Bush said what America needed was a “catastrophic and catalysing event”.
https://www.newstatesman.com/node/192545

good work. never let the 9/11 truth movement to go away