Cosmic Codes? The Mysteries of Pi and e in the Bible

I woke up early this morning, and as I couldn’t get back to sleep, I thought I might at least listen to something interesting on YouTube as I lay there!!!


There is so much in the above film that I can’t do it justice in a post, but one piece of information from it might astound you.

We all met π (“pi”) in school when we had to deal with the circumference of a circle and similar matters. “Pi are squared” sounds like bad grammar, but it is correct geometry for the area of a circle, πr2. We approximated it with 22/7, until we got into engineering circles where we learned that, more precisely, it was 3.141592654… (It has recently been calculated to a trillion decimal places!1) As we have previously mentioned in several of our materials, π is also a “hidden treasure” in the Hebrew text of 1st Kings 7:23.2 When one corrects the letter values for a variation of the spelling, the 46-foot circumference of Solomon’s “molten sea” is specified to an accuracy of better than 15 thousandths of an inch!

Natural Logarithms
Perhaps less well known to most of our less technical subscribers is the base of Naperian (“natural”) logarithms, e . It shows up in myriads of places in advanced engineering and mathematics such as:

A Rabbinical Tradition
The ancient Hebrew sages believed, of course, that God created the heavens and the earth. However, some of them believed that the Word of God was the very template with which He did it. This strikes some of us as simply a colorful exaggeration that goes beyond any direct evidence. There are hints here and there. There are two well-known references to the creation in the Scripture: Genesis 1:1 and John 1:1. Let’s look “underneath” the text of each of these.

In the beginning God created the heaven and the earth.
Click to expand... Are the mathematical numbers Pi and e found in the letters of Genesis 1:1 and John 1:1?

The article goes on to note that both Pi and e are both “only” correct to the first four decimal places, and asks the question - why four?

It doesn’t suggest an answer but speculates as to some deeper meaning. Perhaps this is it…

“Dalet” is the fourth Hebrew letter 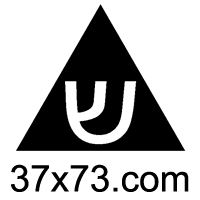 I miss Chuck Missler and his insights...but I am also happy that he is with God now.

Axl888 said:
I miss Chuck Missler and his insights...but I am also happy that he is with God now.
Click to expand...

He’s on my list of people I want to meet one day, along with my great grandfather!