wasn't doja cat dressed as the hadron collider at the VMAs?

judah said:
wasn't doja cat dressed as the hadron collider at the VMAs?
Click to expand...

Either that or the coat of many colors her Dolly sang for thee was actually made out of... wait a minute, where have we seen this before old chap? Why is this eerily familiar Ole Miss? Goodgooglemoogly you may be right Old Spice!! The hydron colider may already be operationa after all Olde English!! Egads ol' sausage, is her dress actually made of materials from the "1,2,3,4,5,6,7,8,9,10,11,twweeeellllllvveeeee!!" dimension featured on Sesame Street?! ARE WE THROUGH THE LOOKING GLASS PEOPLE?!?
Last edited: Sep 17, 2021

You may be interested. Peter Levenda has written a book about the connection between the Lovecraft gods and Crowley.

However, Levenda has some connection with the Simon Necromicon. So he is not an unbiased source.
Click to expand...

That beast sounds horrifying-- Typhon. I've heard of it but I thought it was another name for Neptune or Poseidon.

That does sound interesting though... thank you for the link. And the advisory.

TempestOfTempo said:
Either that or the coat of many colors her Dolly sang for thee was actually made out of... wait a minute, where have we seen this before old chap? Why is this eerily familiar Ole Miss? Goodgooglemoogly you may be right Old Spice!! The hydron colider may already be operationa after all Old English!! Egads ol' sausage, is her dress actually made of materials from the "1,2,3,4,5,6,7,8,9,10,11,twweeeellllllvveeeee!!" dimension featured on Sesame Street?! ARE WE THROUGH THE LOOKING GLASS PEOPLE?!?
Click to expand...

judah said:
wasn't doja cat dressed as the hadron collider at the VMAs?
Click to expand...

elsbet said:
I've never liked that group.
They've always seemed like an extension of the establishment. Never kept up with them though.

I see why you think that after looking at their timeline-- and their fancy slogan:

I guess a place to start tallying what they are about is via their results... they have put out some very damming/damaging info and evidence so in your opinion... how serously have they embarrassed/exposed the elites?

TempestOfTempo said:
I'm thinking that if we have the technology to fool ourselves into attempts at summoning forth "ye olden ones" or whoever here via interdimensional transport, we have the tech capabilities to feed, clean and heal the world. Priorities eh?
Click to expand...

But... as I remind myself-- it doesn't matter what I believe; the people in control of all this technology (and money, etc.) believe it. I smh.
J

TempestOfTempo said:
I guess a place to start tallying what they are about is via their results... they have put out some very damming/damaging info and evidence so in your opinion... how serously have they embarrassed/exposed the elites?
Click to expand...

You could say the same about David Icke and Alex Jones.

elsbet said:
You would think.

But... as I remind myself-- it doesn't matter what I believe; the people in control of all this technology (and money, etc.) believe it. I smh.
Click to expand...

In control for now...

Just following orders said:
You could say the same about David Icke and Alex Jones.
Click to expand...

They both ‘break’ extremely serious and damning pieces of information that damage the elites and their agenda’s, but both Alex and David’s backgrounds, and who they are truly in allegiance to or with, is extremely dubious and widely contested.

Just following orders said:
They both ‘break’ extremely serious and damning pieces of information that damage the elites and their agenda’s, but both Alex and David’s backgrounds, and who they are truly in allegiance to or with, is extremely dubious and widely contested.
Click to expand...

Shiva in CERn
Visit the whole article
Hinduism: The "Hiranyagarbha", meaning "golden fetus", or "golden belly". floated in the void, before separating into two halves: the Dayus (the sky) and Prithvi (the earth). Giving birth to the universe, whose sun traversed the "Shiva-lingam" which is made up of three floors: - Which demarcates by "Brahma-Pheetha" the base of the trimurti the Indian triad of solar gods From his name the god " Brahma "represents the dawn, - the first spark of life Coming out of its mother, the" Brahma-Peetha "touches the earth. Its light will join the "Yoni" the representative "vagina" (to associate) of the universe. Whose earth (the mother) revolves around the sun (the son), for a year and even more when the sun is that of the galaxy, a level represented by "Vishnu-Pheeta". The light will eventually run out and return to its starting point. Destroying all lives, absorbing it "Shiva" will join light and matter. black, restoring nothingness, the cosmic egg ,. coming out in front of the other two gods, from a column of light (similar to the pillar, to support with the ground, the canvas (the sky)) at the level of "Shiva-Peetha".
K

Has any American president ever commented or explained Cern?
V 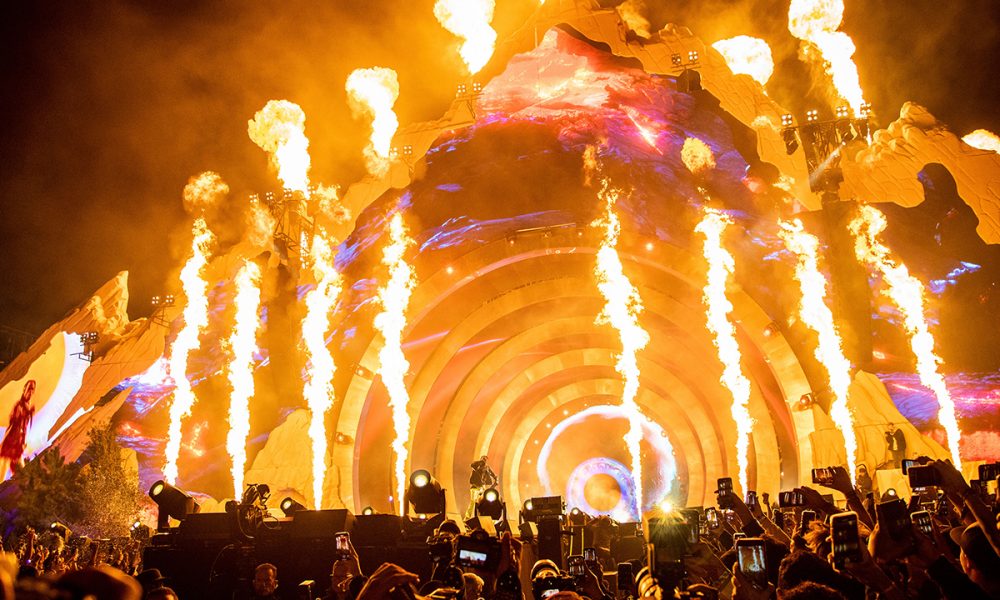 Please can you create post about Russia? They have taken my country and kill us openly in our flats. And they spraying poisoned gas in my streeet.
Long story short: in Moscow capital of Russia the district Red River (Presnya means Desalted in translation) the whole families are killed.


WWII vetrean was killed and her flat was robbed and they opened a gas to blow up the house.


History of my country:
First I need to teach you about Earth and Russia history, how we got to be openly ruled by satanists. We, Europe and the USA once were one country (Atlantis fall). Planetary catastrophe in 1812 happened, center was in Syberia — youngest trees, the 100 metres of glay, melted granite castles.
Satanists are destroying memories of this event and the work of authors that wrote about it. Satanic (hivites) media always refers to the 1812 catastrophe and pre technologies so copy and share all their production — real stuff and real places have been shown. Let me give an example — a force shield covers the city. TRIGGER WARNING!
Keep silent that one non satanic in our history was murdered for revealing faking Russia’s history.
CERN was built with 1812 technologies. Same that killed the whole Syberia and almost killed the whole planet. Nice!
Satanic (hivites) have preference to use pre1812 houses. Take a look at how they look — first floors in glay. They have taken our knowledge, destroyed our past and culture and used these floors to their secret rituals.
Take a look a 1812 houses
Each MK ultra victim states being abused in buildings like that. Masons, satanic cover in medieval Europe, were builders and their skills allowed them to be everywhere. After the 1812 catastrophe they came to Russia and I guess masons reconstructed some for their needs.
After 1812 they grasped victims and killed some in tunnels of 1812 people like catacombs with skulls and bones in Paris.
Satanic (Hivites) have preference for places with their sacrifice rituals and any other violent bloody events happened. I guess Satanists like such places because of necromancy and demons?
Petersburg (Petrograd) was said to be built on graves of 1812 victims. If you come to its ancient center (Nevski ave) you can fall ill just like me and many I’ve spoken to about the city. In Russia the criminal capital is Petrograd, satanists just love this city.
In Moscow the same bad vibes have Red Presnya (Red River Presnya means Desalted) and no one stays in places like that for a long time — everyone speaks about death energy here. Sometimes wells in Moscow smell like death when you pass near them. And satanic funded companies are always nearby.
Li family mentioned in 13 Bloodlines. They had Chinatown in Moscow and Petrograd (Petersburg) when Romanov ruled.
We have never been a free country — all time dictated by NWO puppets. First — all you know about Russia is a lie, a satanic lie is Russia’s whole history. They wrote our history for us. One non satanic historian was Michel Lomonosov whom they killed for exposing a lie.
Yes, the religion Pravoslavie was made in the Vatican for us and forced upon us by Romanov. Funded for our money since then. Our history was just destroyed.
Russia history line: 1812 global catastrophe, 1816 year without summer.
After it survivors are returning to their homes and the satanic dynasty Romanov have taken my country, faking themselves being aryan (white, whatever you wish to be called).
Romanov were satanic (sadistic) so people rebelled all time against them and in 1861 Romanov had to free farmers from the servitude pretended to be caring rulers and grab Russia’s resources and people as slaves MK ULTRA for buildning NWO.
It leads us to the Revolution of 1917 where the whole city Petrograd (capital in Romanov time) was genocided. The rest of the cities were also genocided because masons (cover up) were builders first and their skills were needed after the 1812 catastrophy so they went everywhere they wanted.
Many, many rebellions were against ritual sacrifices they made, the biggest one was Bailice in Kiev but Romanov stopped it because he was a satanist himself.
So since 1917 (22?) I can’t say which time it was but another satanic puppet named Lenin allowed satanist (hivites) openly take the highest positions in the rule. Lenin has no right to ignore the accusations of satanic sacrifices but he wasn’t Aryan.
USSR was faking to be a social state, satanists just threw some free medicines and flats to keep people calm not to rebel and continue to destroy our races, stealing resources. So until 1991 they were faking to be independent.
Civil war against satanists were in 1917 – 22 — they lied White army was foreign. White Army was Aryan and the rest races who were against satanic rule. Just like WWI it was arranged to destroy our real rulers who cared about the country and wanted it to be set free.
His replacement Stalin continued to destroy High IQ people (all races including Aryan), most had to flee. All rulers, historians, architects were satanic with satanic wives so history of the USSR is dictated by them and the same lie as Russian before 1812.
Stalin lied Hitler was a German (Aryan) and set us against each other. The USSR wasn’t prepared for WWII and it’s lands on a south Cuban border from Minsc to Moscow were just passed to his hands. Look where Anneberbe was — Cuban! In my relatives’ village only one child has survived.
In 1953 another puppet Chrushev became ruler.
In 1991 they just finished killing all WWII veterans and stopped their fake caring. Our army was destroyed, not even Moscow had army forces in 1990 – 91. All army we have is satanic ones.
That how we got to be open slaves of NWO. Just like your country, I guess. All the same — infiltrate, overthrow previous rulers, replace their puppets. Truth is that we were never free from them.
Ask me, I’ll tell you all you know about Russia.

Vmort said:
Yes, I do. The CERN large hadron collider in Switzerland is not about finding the hicks boson
Click to expand...

It’s called the “Higgs” Boson, not hicks… and they’ve already found it.

the rest of your post is highly subjective, non scientific and total fear mongering. I love a good conspiracy but what you posted was pseudo-science.

James Webb was a Freemason (the person named after that telescope launched today.

Not CERN I know sorry..!