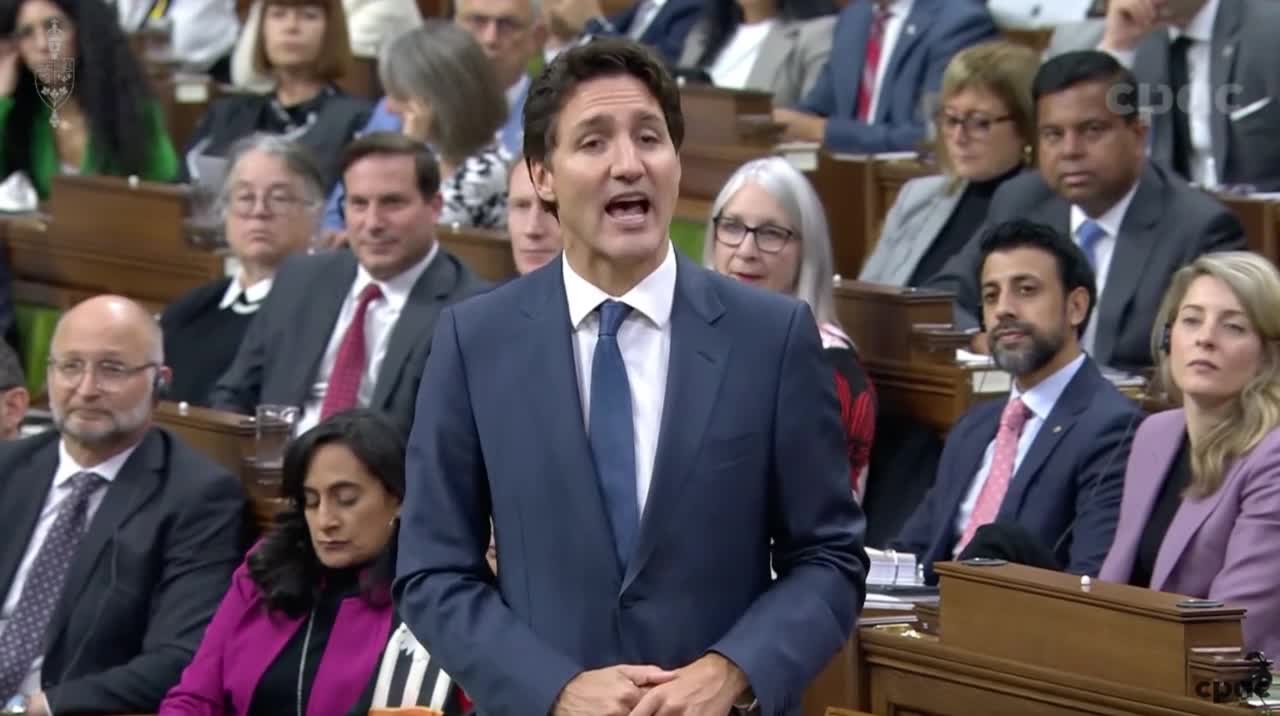 "Who Got Rich?" - Pierre Poilievre Presses Trudeau on Who Got $54 Million for Shoddy ArriveCAN App

"Many of the subcontractors are still secret — if the Prime Minister will not tell us the identity of those companies, then maybe he can tell us who was the genius? The genius who spent that $54 milli

Please download a copy of the [NOL] Forms Here To Hand Out To Your Local Police And MP's : https://standunitedbc.ca/downloads-%26-resources . Ontario Documents: https://www.thetruefactsc19.com/ . TRUD

Please download a copy of the [NOL] Forms Here To Hand Out To Your Local Police And MP's : https://standunitedbc.ca/downloads-%26-resources . Ontario Documents: https://www.thetruefactsc19.com/ . TRUD 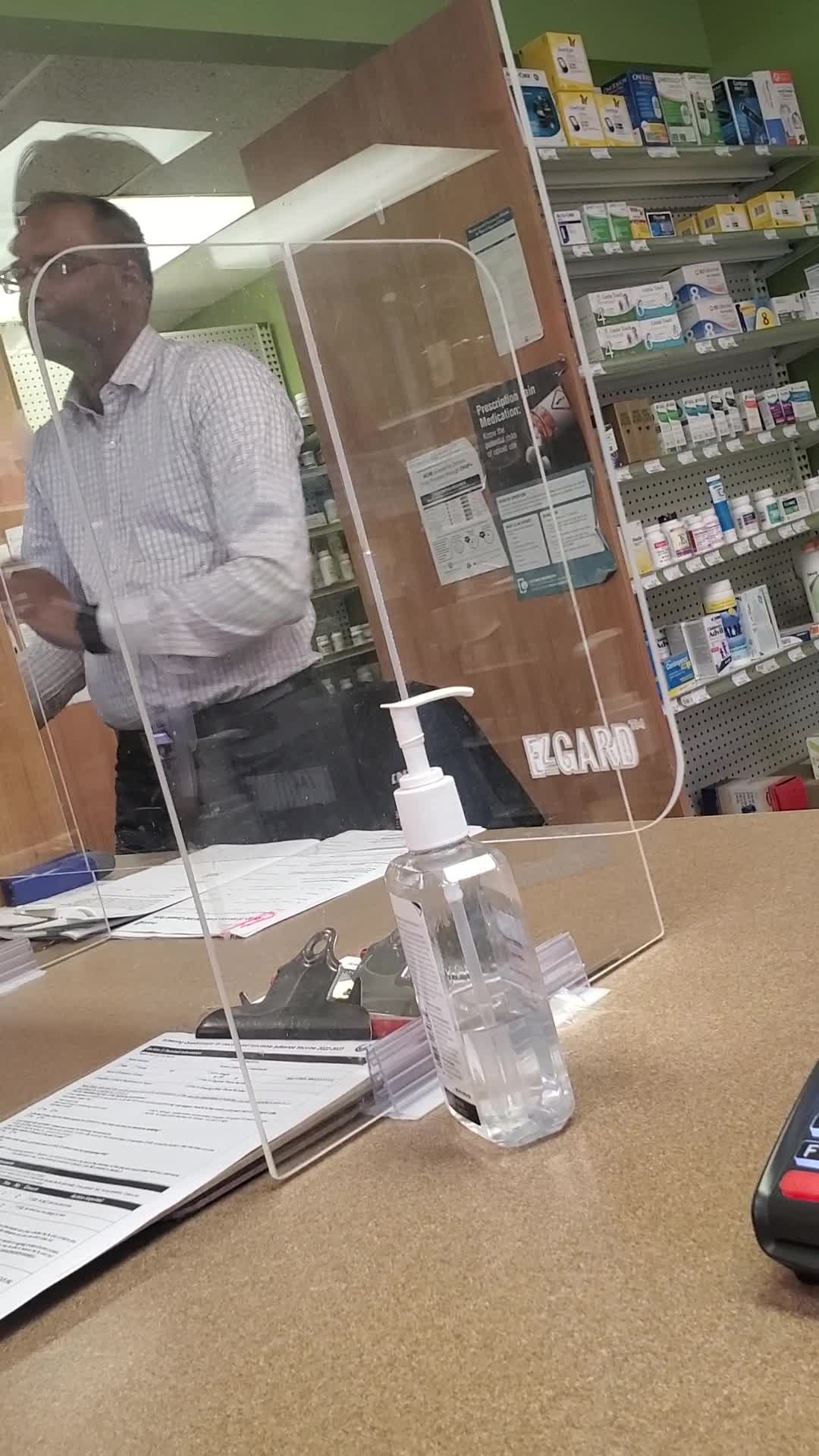 ownload a copy of the [NOL] Forms Here To Hand Out To Your Local Police And MP's : https://standunitedbc.ca/downloads-%26-resources . Ontario Documents: https://www.thetruefactsc19.com/ . TRUDEAU For 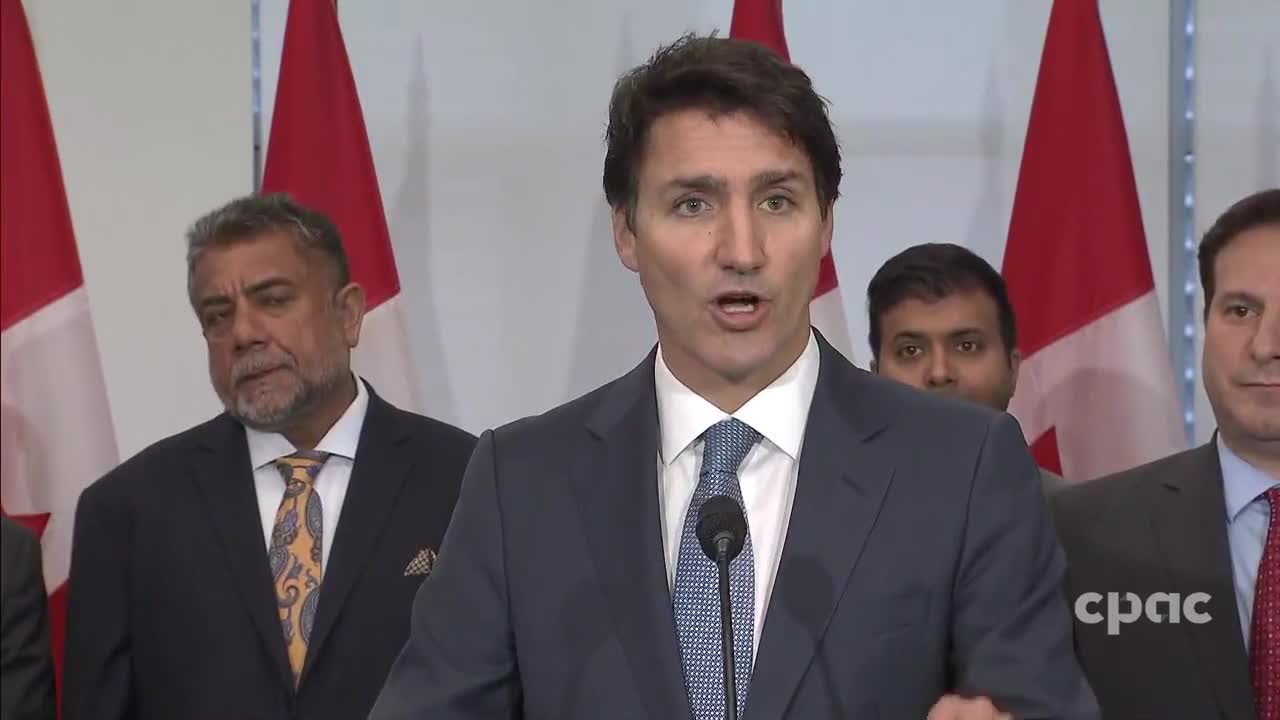 Trudeau Flexes His Inner Castro: The National Freeze on Handguns Comes into Force

redqueen said:
i can't with this pos no more someone
do Canada a favour

Trudeau Flexes His Inner Castro: The National Freeze on Handguns Comes into Force

Where is Lee Harvey Oswald when you need him lol. 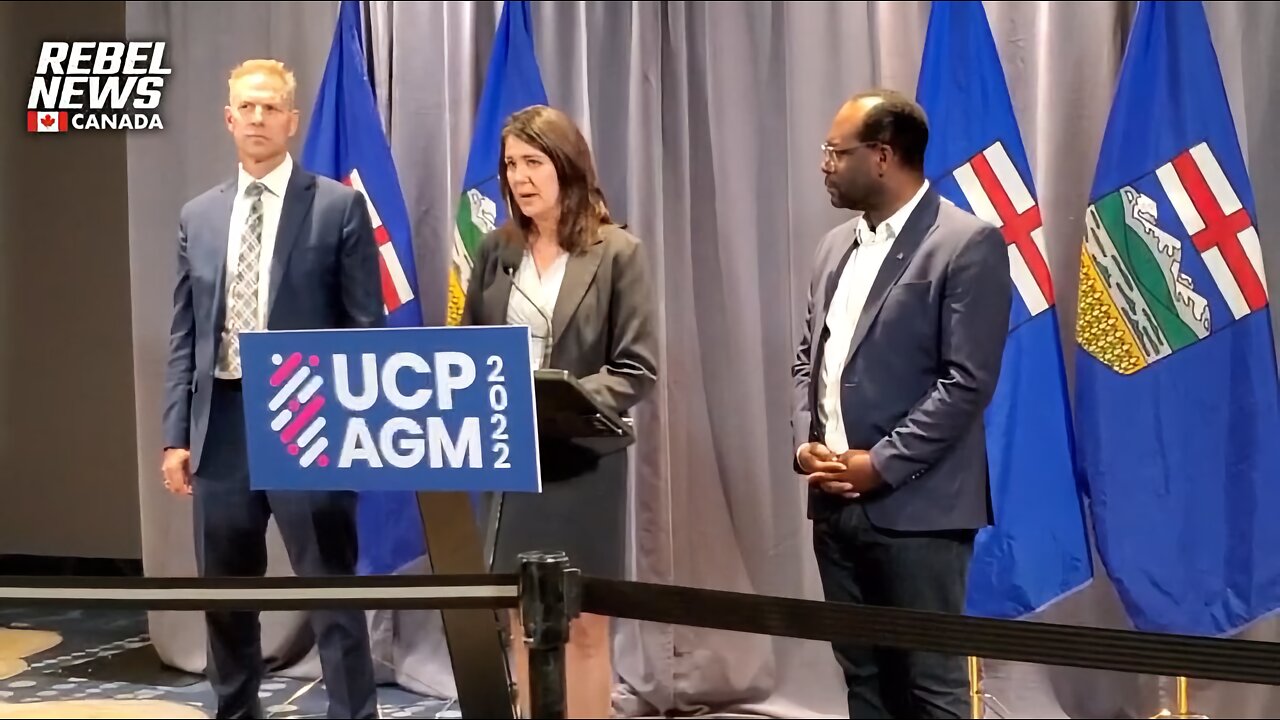 Sorry we ruined your life and tried to kill you. I will believe it when they fork out some cash and give people their jobs back with retro active pay. 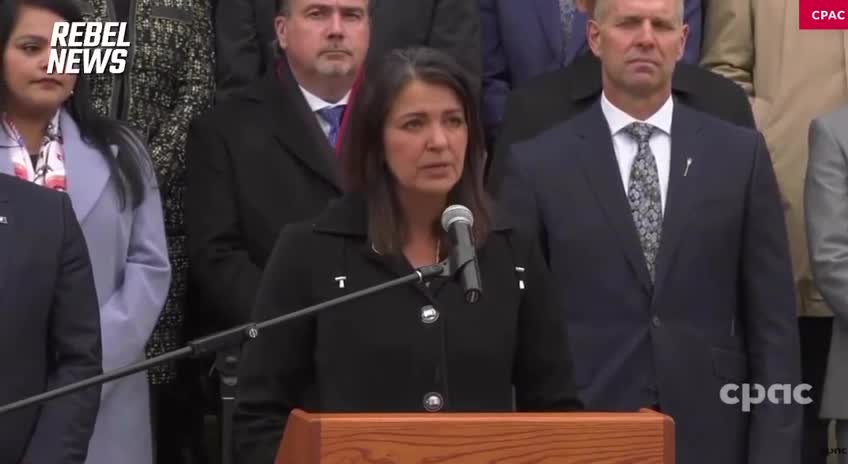 "I find it distasteful when billionaires brag about how much control they have over political leaders — as the head of that organization [WEF] has," said Alberta's New Premier, Danielle Smith. "And I 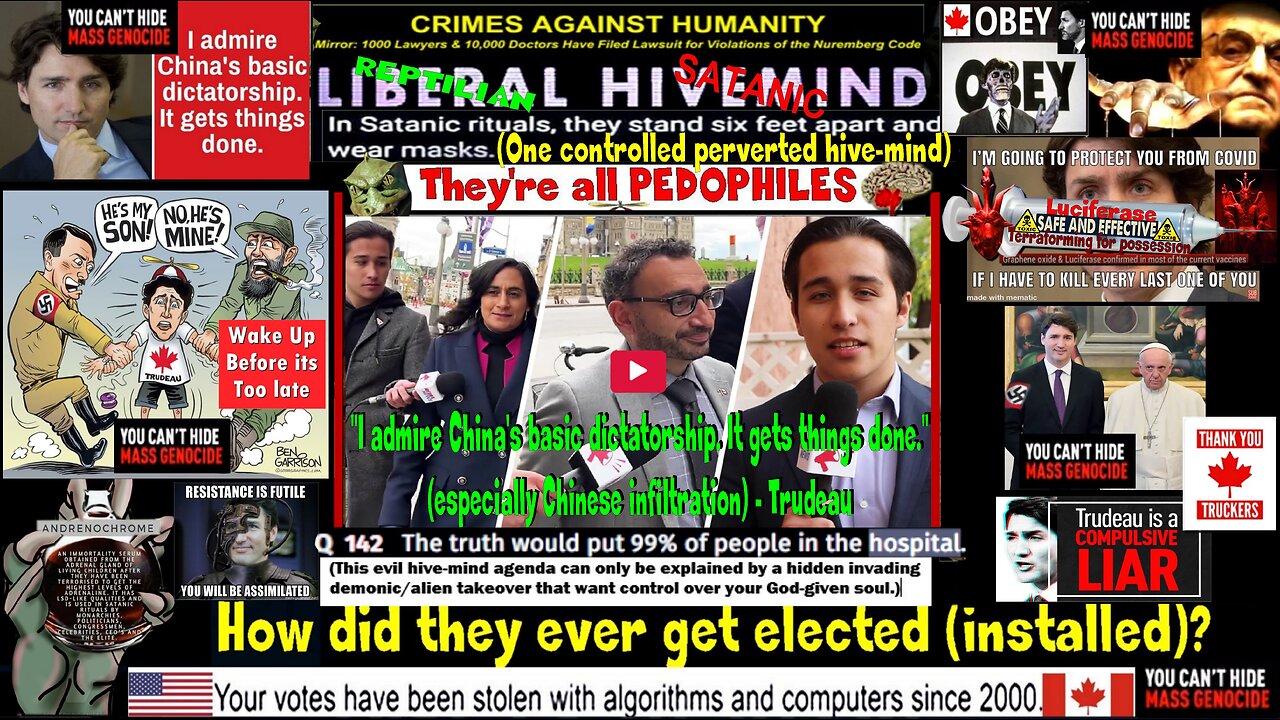 Mirrored - Fair Use Oct 21, 2022 Rebel News visits Parliament and questions MPs in regards to the recent discovery that the Communist Party of China is operating police stations in Canada, and refuse 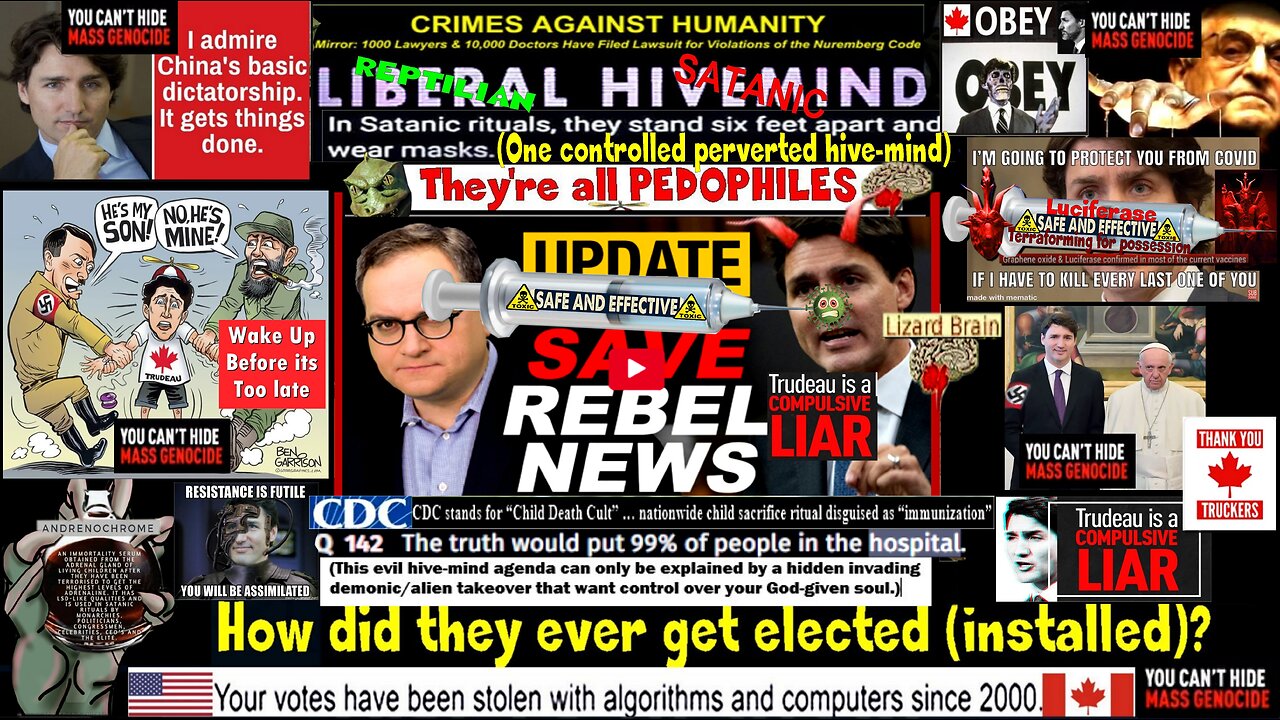 BIG NEWS: Trudeau’s disinformation czar threatened to sue us. So we sued him first (see description)

(Note: Proof of the "Liberal Reptilian Hive-mind". Just as in the USA, if you disagree with the wacko far left government you are a Russian agent. These soulless minions have no soul and only limited

Whatever happened to the cops who ran over a lady with their horses and then were filmed laughing about it while dining in an expensive restaurant hotel during the trucker rebellion?

sounds like love don't it definitely a
crush at least lol by now Peoples have
to be realizing that the word democracy
means something different to tptb,like a
inside jk they got everyone else to believe
in too 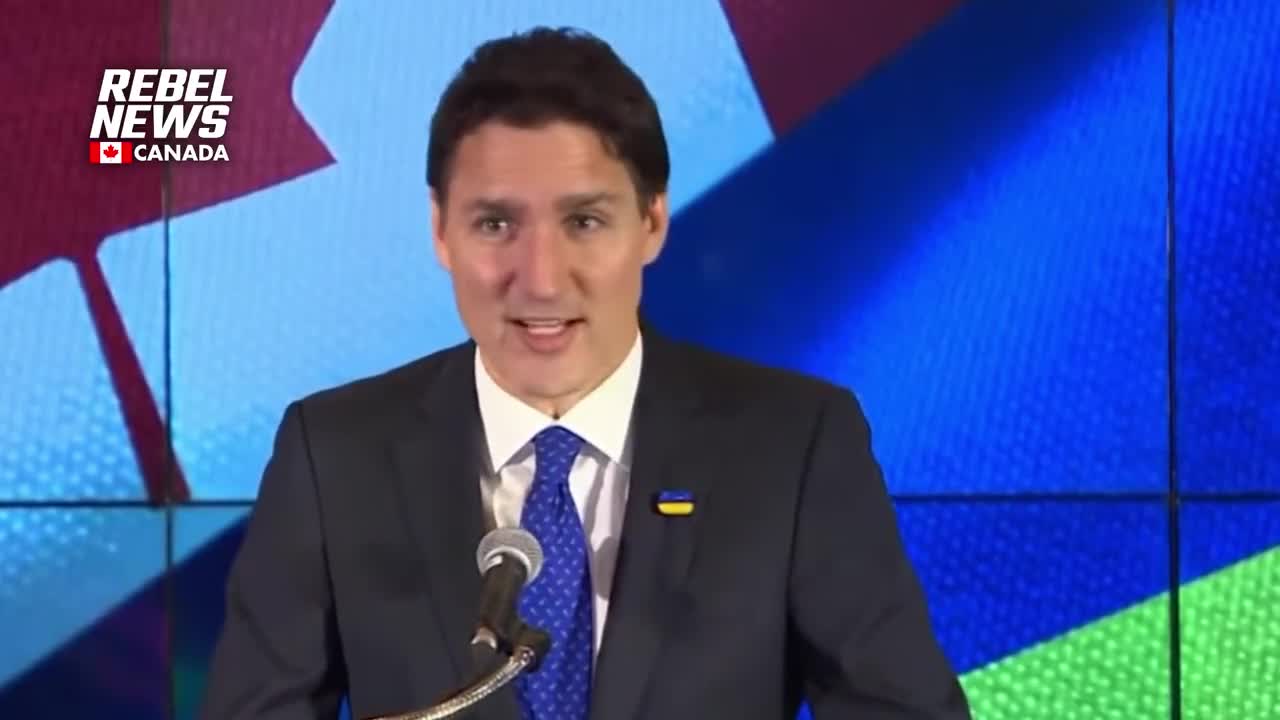 Justin Trudeau Runs Out of Words, Professing His Man Crush for Volodymyr Zelenskyy

"Back in March, when I welcomed President Zelenskyy to address parliament, I told him he was a champion of democracy, " shared Trudeau. "He has rallied Ukrainians. He has shrugged off threats to his o

Holding true to form, after the Canadian Constitution Foundation has requested that Premier Doug Ford and former Solicitor General Sylvia Jones to testify at the Rouleau Commission Public Hearings they both refused because they claim the summons is incongruent with their “parliamentary privilege”, lol! Apparently, the Commission is now going to court to summons them both to testify to see if the Emergency Act was justified for the Freedom Convoy in Ottawa:

Ford Summoned to appear at Rouleau Commission - and he refuses!
Plus short summary of Day 8 evidence

If anyone is interested in listening to Christine Van Geyn’s summaries of the the Public Hearings, the YT channel is here:

Or if you want to listen to the actual Public Hearing videos are located in the link below: 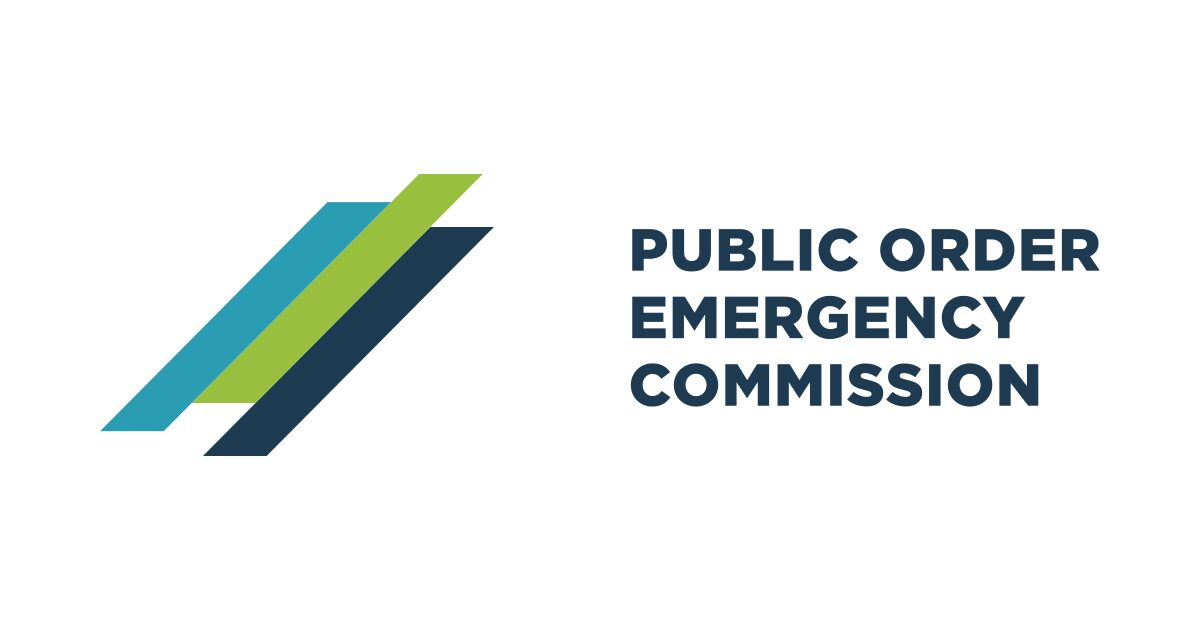 Select a day from the right-side menu to access that day’s recorded webcast and transcript of the Commission’s Public Hearings.

As well, Christine has written a book called, “Freedom Through Feudalism” that’s free to download describing how Canada’s federal structure can be used to protect our liberties and constrain governmental overreach. That’s located here: 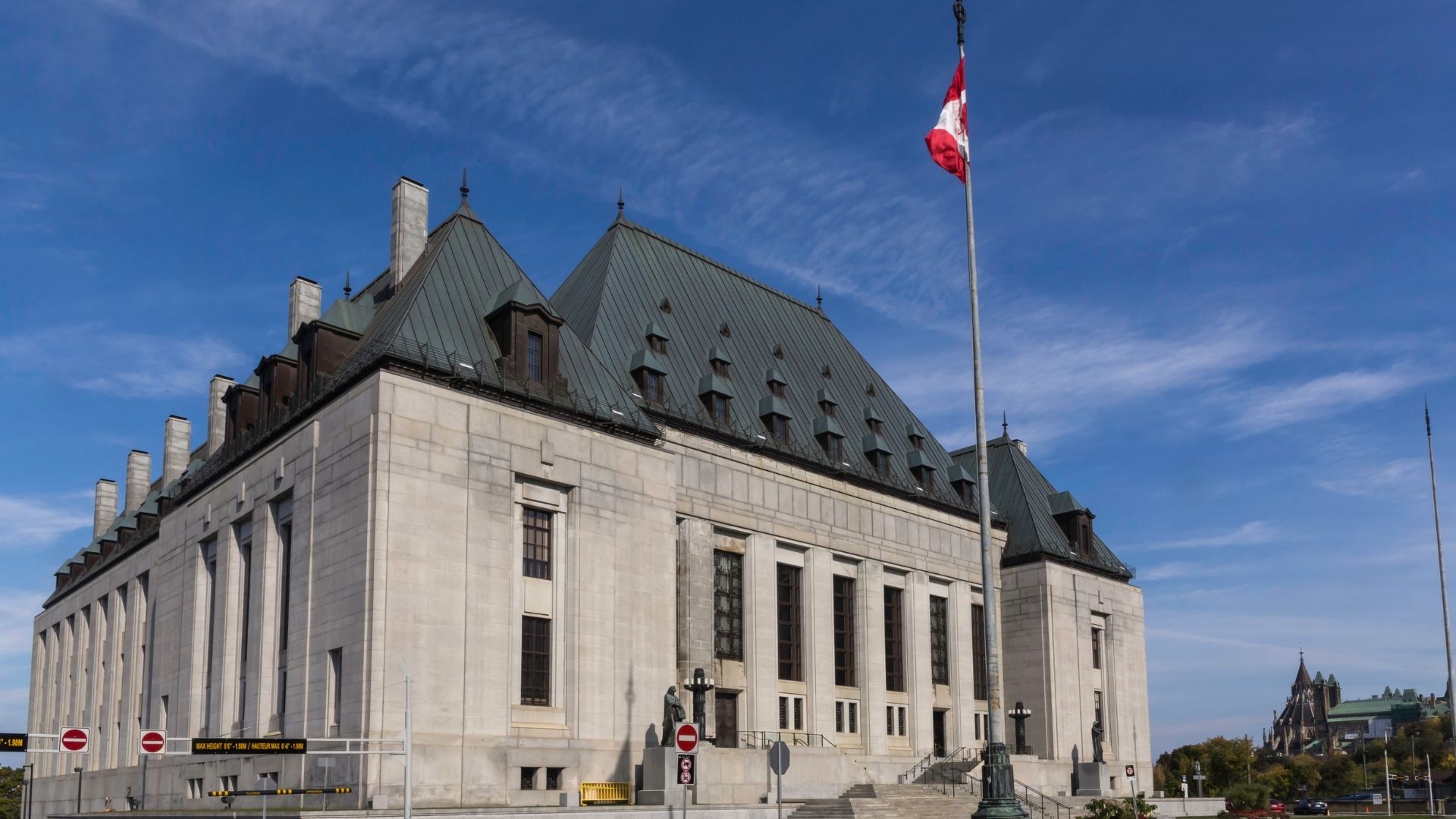 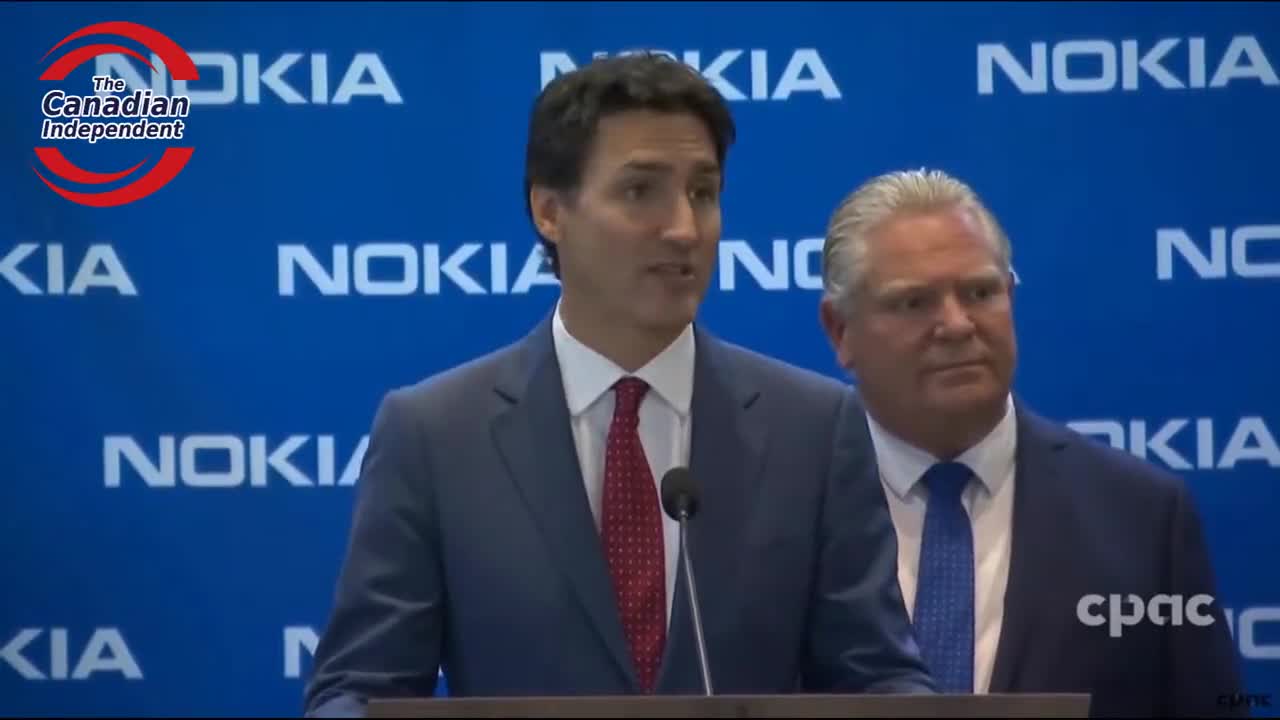 Trudeau Threatens Canadians Again: Get Vaxed — Or Who Knows What Might Happen

"I think one of the things to remember as flu season approaches is people got to get vaccinated, whether it's getting the flu vaccine or getting 'up-to-date' on your COVID shots," said Trudeau. But th 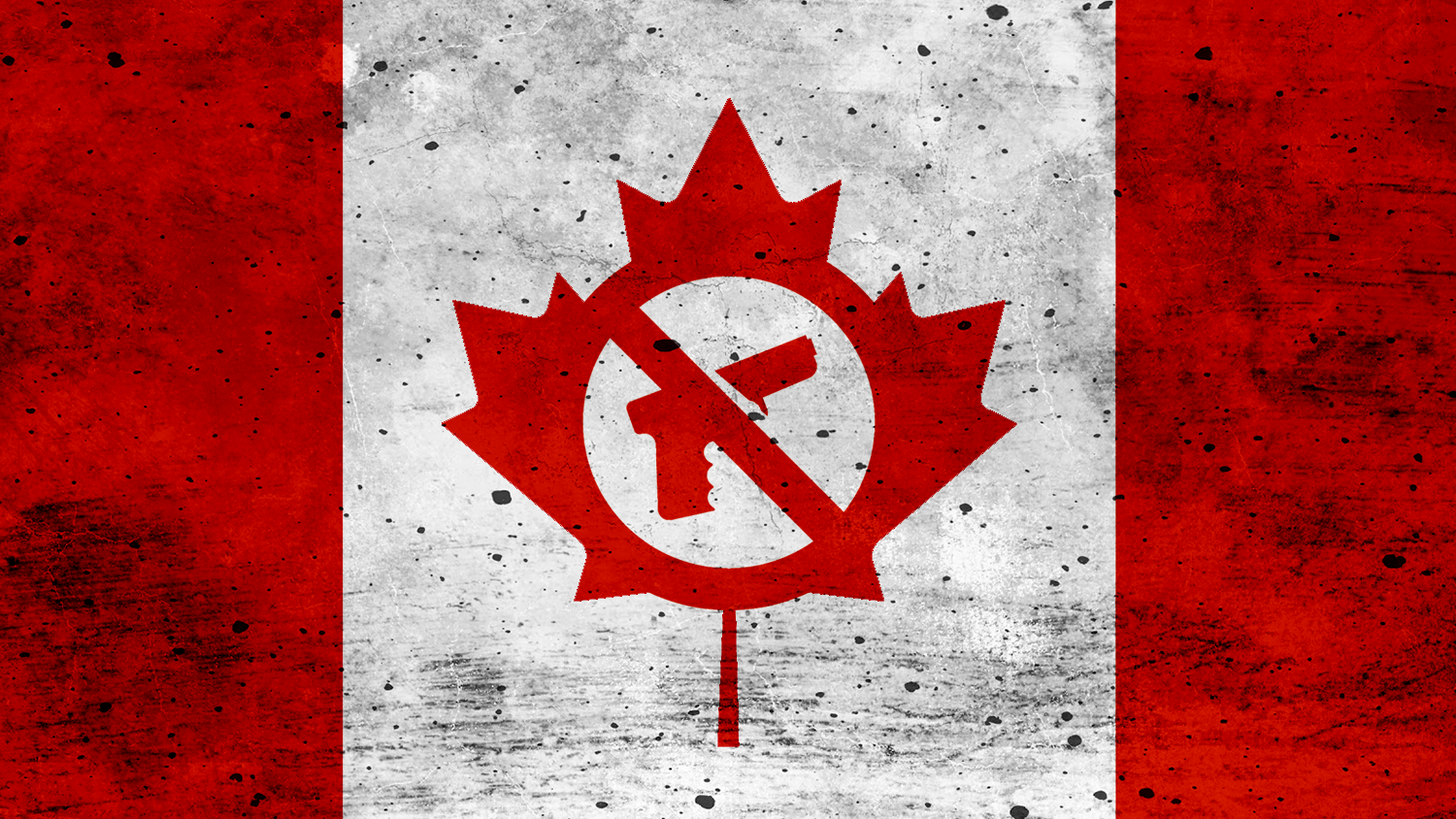 Earlier, your NRA-ILA reported that Canada’s three prairie provinces have opposed the federal government’s “assault weapon” confiscation law and refused to allow provincial resources to be used in enforcing the gun ban and so-called “buyback” of legally acquired firearms. 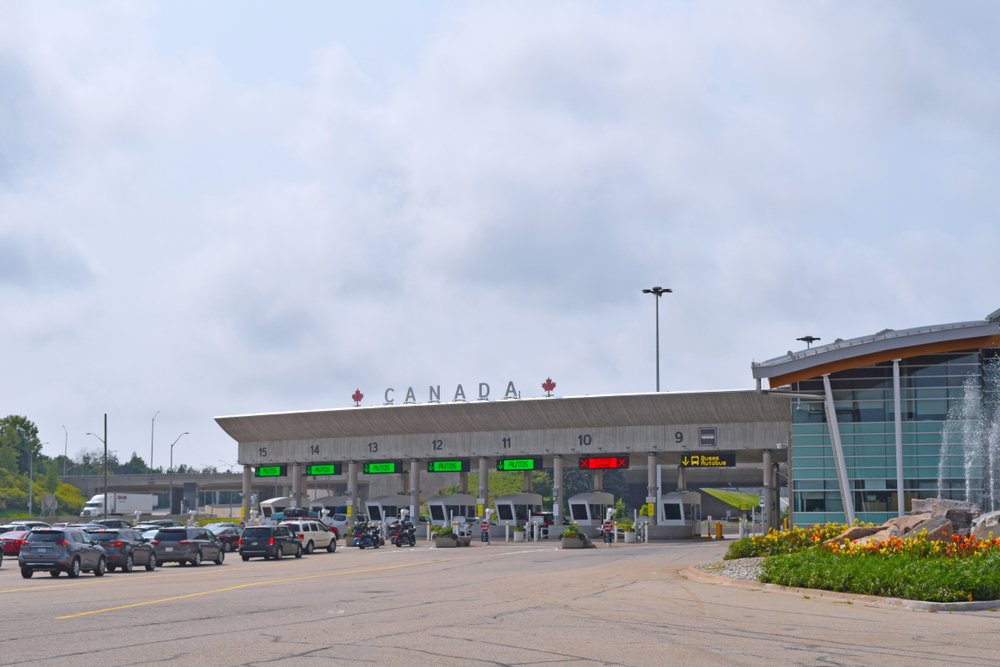 Maxime Bernier has warned Canadians that Trudeau's plan will 'worsen the housing and infrastructure crisis and threaten social cohesion.'