Reading the Bible will very well land you in hell.


John 5 39You pore over the Scriptures because you presume that by them you possess eternal life. These are the very words that testify about Me, 40yet you refuse to come to Me to have life.


2 Peter 3 15Consider also that our Lord’s patience brings salvation, just as our beloved brother Paul also wrote you with the wisdom God gave him. 16He writes this way in all his letters, speaking in them about such matters. Some parts of his letters are hard to understand, which ignorant and unstable people distort, as they do the rest of the Scriptures, to their own destruction.

So here is a short synopsis of life so long...

God spoke creation into being in six days... and rested on the 7th day.

Adam and Eve were deceived by an angel to disobey God.

Death and sin entered man... and the two were removed from the presence of God in Paradise.


Angels were watching over man on earth... but the beauty of women made them much more intimate than intended.

God flushed this corruption down the drain... also known as the Deluge.


God chose Noah and his three sons and wives.

God chose to be God to and be born into Abraham's line.

He led the battle with the israelites against recurring human angelic hybrids in Canaan.


God was born as Jesus Christ.


At the end of the age the fallen angels are no longer restricted in meddling with human affairs.

The devil has a short time to corrupt and destroy as much as he can.

Is the Bible trying to tell us when the Messiah/Christ would come ?

Daniel 9 25“Know therefore and understand, that from the going forth of the command to restore and build Jerusalem until Messiah the Prince, there shall be seven sevens and sixty-two sevens;


The Messiah/Christ would come 7 sevens + 62 sevens counting from the command to restore and rebuild Jerusalem.


Nehemiah wrote a book about Jerusalem being in ruins and wanting to rebuild it... and that he was given permission to do so on Nisan in the 20th year of king Artaxerxes.

That's 7 sevens + 62 sevens counting from Nisan 444 BC until the Messiah/Christ.


Seven is in the Bible used for a period of seven like a week... and is also used for Jacob's 7 year labour to marry Rachel in about 2000 BC.

The Hebrew calendar does not count solar years... and it's highly unlikely that they knew in 2000 BC the length of the solar year.


If your count is correct or cheat and use an online day/week counter... the Messiah/Christ was foretold to come in March 33 AD.


Zechariah 9 9“Rejoice greatly, O daughter of Zion!
Shout, O daughter of Jerusalem!
Behold, your King is coming to you;
He is just and having salvation,
Lowly and riding on a donkey,
A colt, the foal of a donkey.​

Matthew 21 1As they approached Jerusalem and came to Bethphage on the Mount of Olives, Jesus sent out two disciples, 2saying to them, “Go into the village ahead of you, and at once you will find a donkey tied there, with her colt beside her. Untie them and bring them to Me. 3If anyone questions you, tell him that the Lord needs them, and he will send them right away.”


4This took place to fulfill what was spoken through the prophet:

5“Say to the Daughter of Zion,

‘See, your King comes to you,

gentle and riding on a donkey,

Revelation 13 11Then I saw another beast rising out of the earth. This beast had two horns like a lamb, but spoke like a dragon. 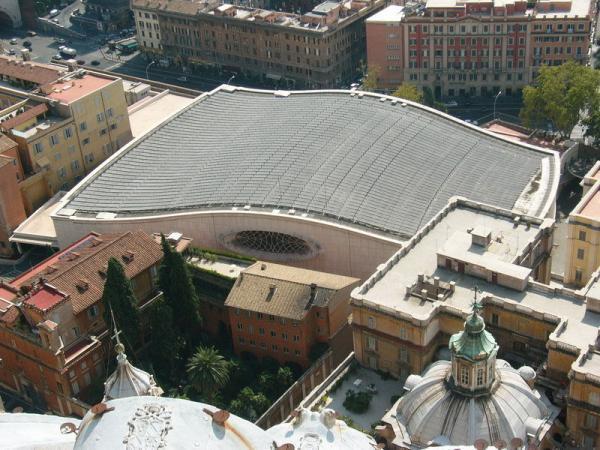 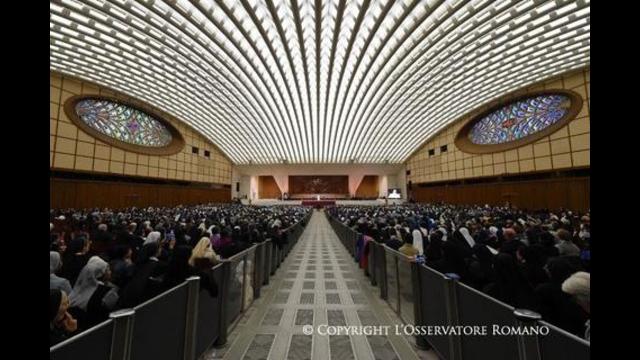 The Paul VI Audience Hall (Italian: Aula Paolo VI) also known as the Hall of the Pontifical Audiences is a building in Rome named for Pope Paul VI with a seating capacity of 6,300, designed in reinforced concrete by the Italian architect Pier Luigi Nervi and completed in 1971.[1] It was constructed on land donated by the Knights of Columbus.[2]

Revelation 13 12And this beast exercised all the authority of the first beast and caused the earth and those who dwell in it to worship the first beast, whose mortal wound had been healed. 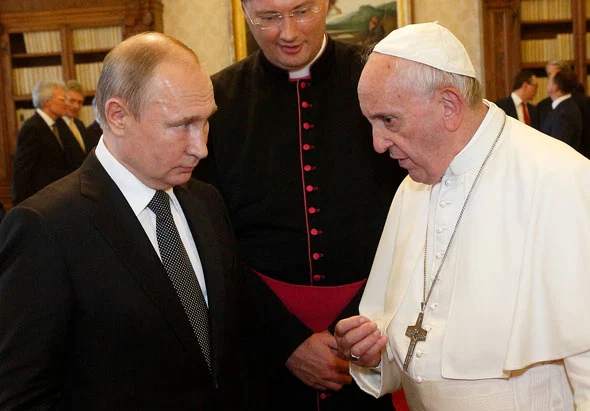 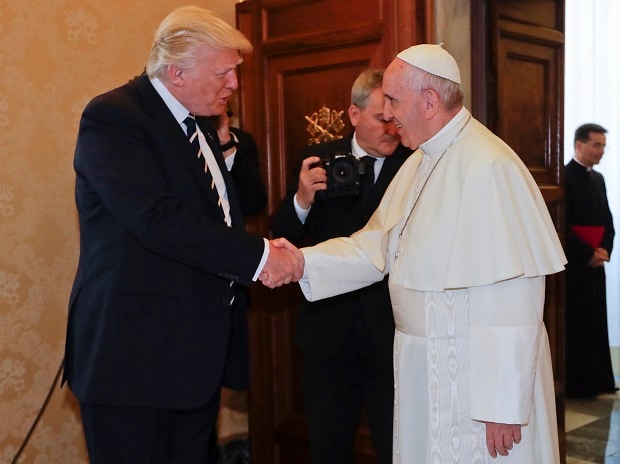 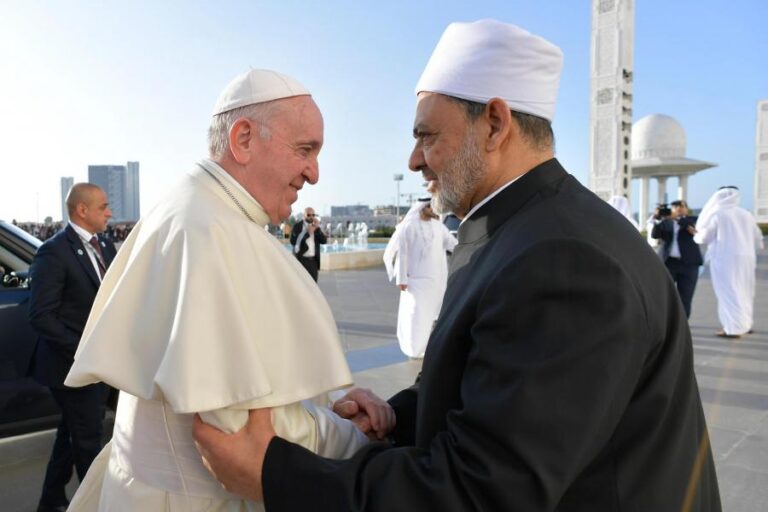 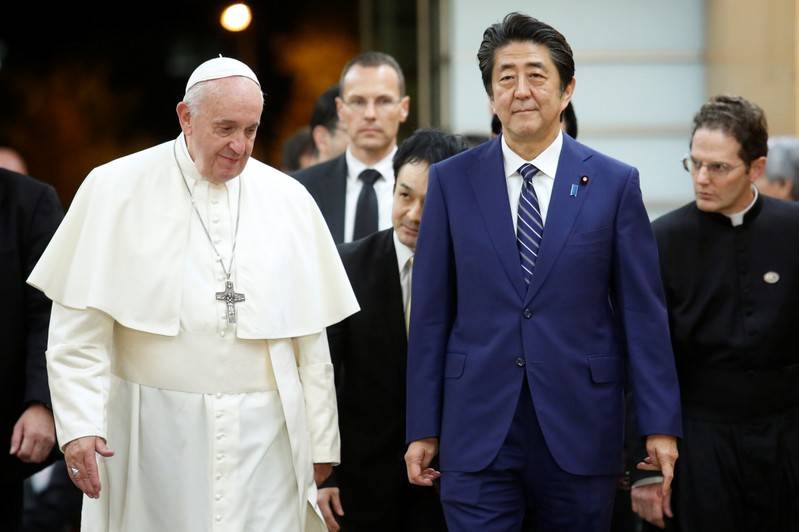 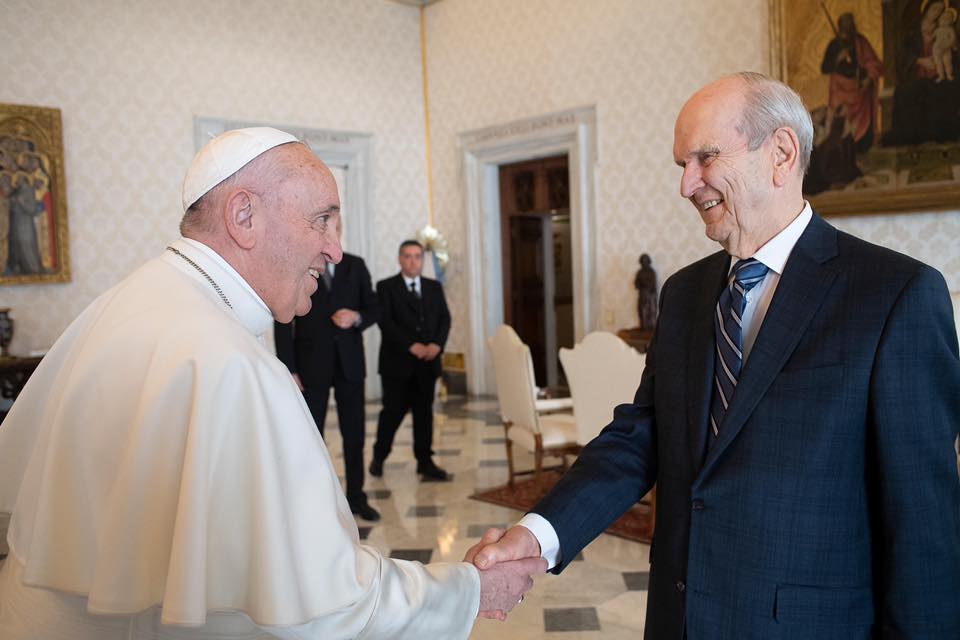 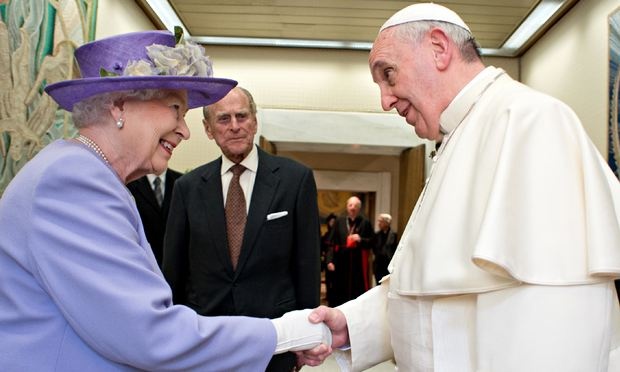 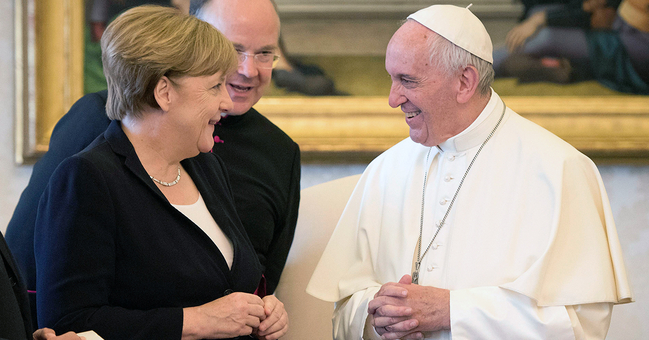 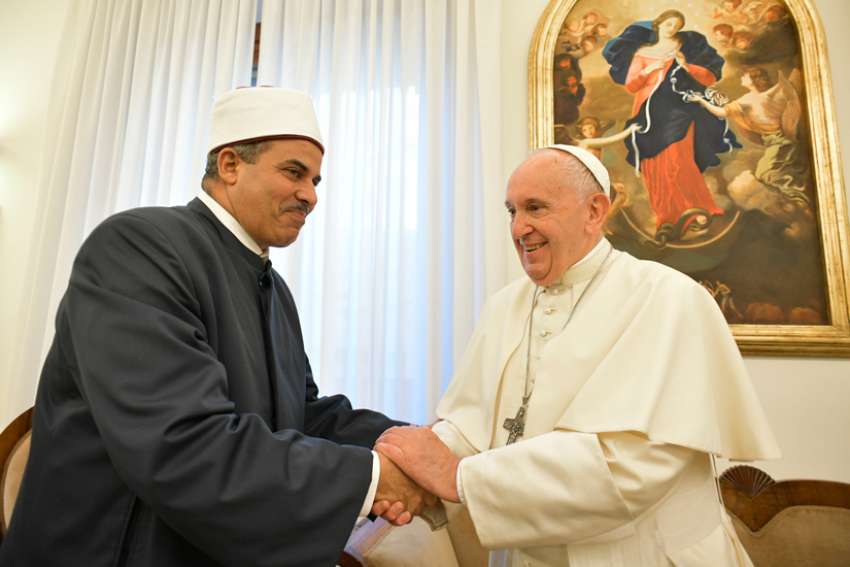 So who is the first beast that was wounded with the sword or war... who will rise from the abyss and surprise people ?

Revelation 6 1Then I watched as the Lamb opened one of the seven seals, and I heard one of the four living creatures say in a thunderous voice, “Come!” 2So I looked and saw a white horse, and its rider held a bow*1. And he was given a crown*2, and he rode out to overcome and conquer. 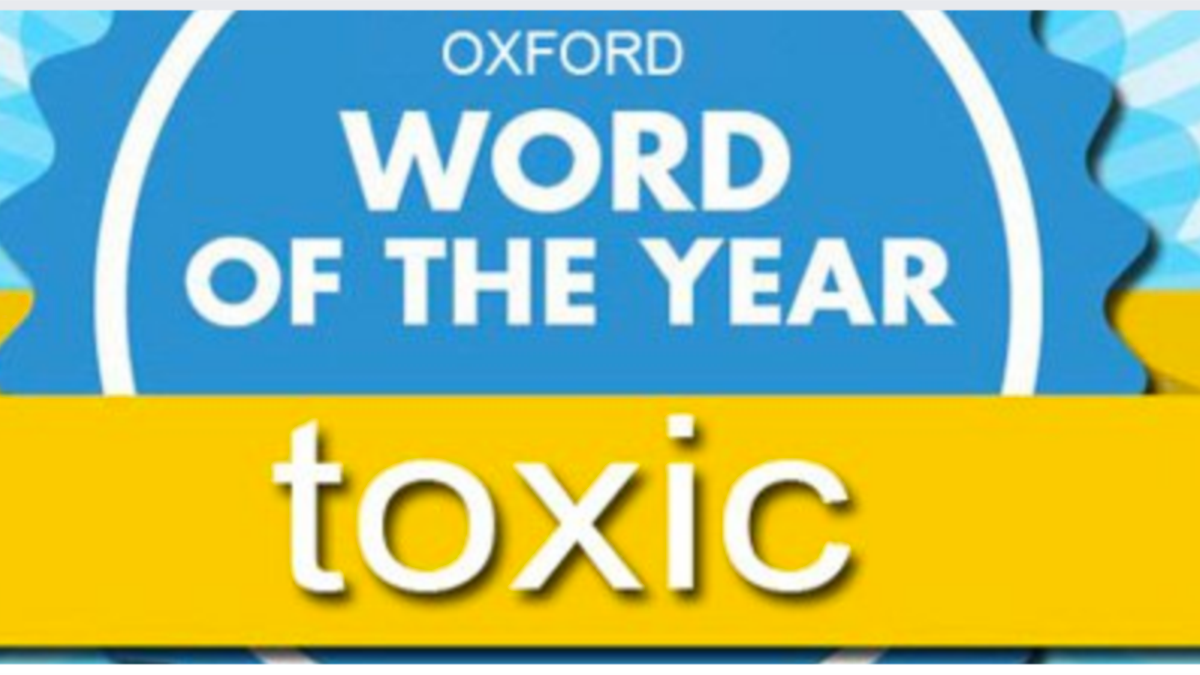 Oxford’s Word of the Year Is…Toxic

Oxford said its data showed a 45 percent rise in searches for the word toxic on its website in 2018.

The British publisher defines the adjective toxic as “poisonous.” The word first appeared in English in the 1650s. It came from the Latin word toxicus, meaning “poisoned.”

The Latin word itself actually came from the Greek term toxon, meaning “bow.” In ancient Greece, fighters with bows would put poison on the points of their arrows.

1 That which encircles, surrounds
2 crown, wreath, chaplet, especially the conqueror's wreath
3 In general: any prize or honour


In the Vulgate written in Latin the word is corona. 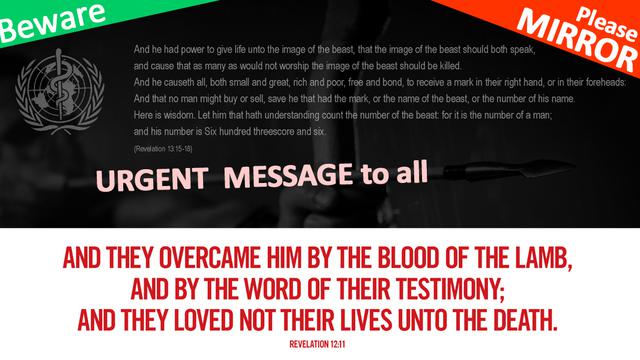 REVELATION 6 DECODED - The Time is at Hand

Daniel 9 27Then he shall confirm a covenant with many for one seven; But in the middle of the seven he shall bring an end to sacrifice and offering. And on the wing of abominations shall be one who makes desolate, Even until the consummation, which is determined, Is poured out on the desolate.”

So a much better word there is a seven.


Else people just get confused.

I hereby authorize seven instead of week in Daniel 9.

Well Jacob had to work 7 more years in order to marry Rachel.


Genesis 29 27“Fulfill her seven, and we will give you this one also for the service which you will serve with me still another seven years.”

This is important because it is the time unit in the countdown until the Christ and the antichrist.

Daniel 9 25Know and understand this: From the issuance of the decree to restore and rebuild Jerusalem, until the Messiah,g the Prince, there will be seven sevens and sixty-two sevens. It will be rebuilt with streets and a trench, but in times of distress.


On Nisan in the 20th year of king Artaxerxes... Nehemiah asked the king for permission to rebuild the ruins of Jerusalem. 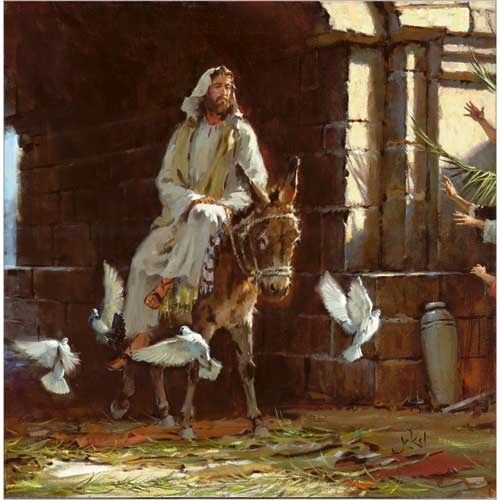 See, your King comes to you,

humble and riding on a donkey,

on a colt, the foal of a donkey.

God is also a Man like you and me.

He is the champion of man against devils.


Man is no match against archons and aliens... but this Man who is also God is.

There is truly no hope for this wicked world.


You either get rescued by Jesus or you burn.

The prince who is to come...


A prince of the people who destroyed Jerusalem and the Temple.

And that would be the romans.


So the prince who is to come is a prince of Rome right.

This prince of Rome who is to come... will come 7 sevens after the jews restore control over the Old City of Jerusalem.

Yes for the 62 sevens were spent with the coming of Christ.

Coincidentally the most holy day in the jewish year Yom Kippur fell on 23 sept in 2015.


So the prince of Rome who is to come and confirm a covenant with many... must show up on or right after 23 sept 2015.

Coincidentally the pope of Rome confirmed Agenda 21 with Agenda 2030 in the United Nations on 25 sept 2015.


But the Bible unequivocally points at Jesus as the Christ and this pope as the prince who is to come... so your opinions are just annoying.

Do you really want to annoy the shepherde ?