Exodus 12 1Now the LORD said to Moses and Aaron in the land of Egypt, 2“This month is the beginning of months for you; it shall be the first month of your year.

3Tell the whole congregation of Israel that on the tenth day of this month each man must select a lamba for his family, one per household. 4If the household is too small for a whole lamb, they are to share with the nearest neighbor based on the number of people, and apportion the lamb accordingly.

5Your lamb must be an unblemished year-old male, and you may take it from the sheep or the goats. 6You must keep it until the fourteenth day of the month, when the whole assembly of the congregation of Israel will slaughter the animals at twilight. 7They are to take some of the blood and put it on the sides and tops of the doorframesc of the houses where they eat the lambs.

8They are to eat the meat that night, roasted over the fire, along with unleavened bread and bitter herbs.

9Do not eat any of the meat raw or cooked in boiling water, but only roasted over the fire—its head and legs and inner parts. 10Do not leave any of it until morning; before the morning you must burn up any part that is left over.

11This is how you are to eat it: You must be fully dressed for travel,d with your sandals on your feet and your staff in your hand. You are to eat in haste; it is the LORD’s Passover.

12On that night I will pass through the land of Egypt and strike down every firstborn male, both man and beast, and I will execute judgment against all the gods of Egypt. I am the LORD. 13The blood on the houses where you are staying will distinguish them; when I see the blood, I will pass over you. No plague will fall on you to destroy you when I strike the land of Egypt.

Leviticus 23 5The Passover to the LORD begins at twilight on the fourteenth day of the first month.

Genesis 49 8Judah, your brothers shall praise you.

Your hand shall be on the necks of your enemies;

your father’s sons shall bow down to you.

9Judah is a young lion—

my son, you return from the prey.

10The scepter will not depart from Judah,

nor the staff from between his feet,

and the allegiance of the nations is his.

11He ties his donkey to the vine,

his colt to the choicest branch.

He washes his garments in wine,

his robes in the blood of grapes.

12His eyes are darker than wine,

and his teeth are whiter than milk.​

1 Samuel 3 21And the LORD continued to appear at Shiloh, because there He revealed Himself to Samuel by His word.

It's truly no secret that the governments in the west serve the god of this age. 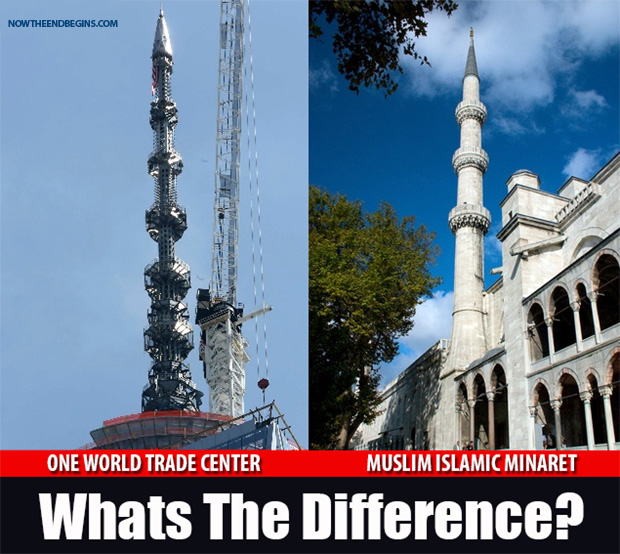 This is not the city of tents in Mecca... but the airport in Denver.

This is the city of tents in Mecca.

If you don't know who the god of this age is by now... you probably never will. 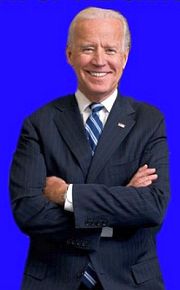 In fact the whole friggin Dem party and the numbnuts who vote for them are probably antichrists-
"You have heard that the antichrist is coming, even now many antichrists have come" (1 John 2:18 )

God begot a Son in the bible... but in the quran Allah vehemently denies this.

The Son who is the Saviour of man in the bible... is just another man in the quran.

Somebody will choose wrong... so be it.

15“Let it be so now,” Jesus replied. “It is fitting for us to fulfill all righteousness in this way.” Then John permitted Him.

16As soon as Jesus was baptized, He went up out of the water. Suddenly the heavens were opened,d and He sawe the Spirit of God descending like a dove and resting on Him. 17And a voice from heaven said, “This is My beloved Son, in whom I am well pleased!”

Matthew 17 1After six days Jesus took with Him Peter, James, and John the brother of James, and led them up a high mountain by themselves. 2There He was transfigured before them. His face shone like the sun, and His clothes became as white as the light.

3Suddenly Moses and Elijah appeared before them, talking with Jesus. 4Peter said to Jesus, “Lord, it is good for us to be here. If You wish, I will put up three sheltersa—one for You, one for Moses, and one for Elijah.”

5While Peter was still speaking, a bright cloud enveloped them, and a voice from the cloud said, “This is My beloved Son, in whom I am well pleased. Listen to Him!”

John 10 31At this, the Jews again picked up stones to stone Him. 32But Jesus responded, “I have shown you many good works from the Father. For which of these do you stone Me?”

33“We are not stoning You for any good work,” said the Jews, “but for blasphemy, because You, who are a man, declare Yourself to be God.”

34Jesus replied, “Is it not written in your Law: ‘I have said you are gods’? 35If he called them gods to whom the word of God came—and the Scripture cannot be broken— 36then what about the One whom the Father sanctified and sent into the world? How then can you accuse Me of blasphemy for stating that I am the Son of God?

In fact the whole friggin Dem party and the numbnuts who vote for them are probably antichrists-
"You have heard that the antichrist is coming, even now many antichrists have come" (1 John 2:18 )
Click to expand...

The shepherde has shown who God claims is the antichrist.

Such a foul smell over London during the summer of 1858... it's known as the Great Stink.

Turns out that on July 1 1858 the first public announcement of the theory of evolution by natural selection was read in London at a meeting of the Linnean Society. L0L that explains the stink.

1 Thessalonians 4 13Brothers, we do not want you to be uninformed about those who sleep in death, so that you will not grieve like the rest, who are without hope. 14For since we believe that Jesus died and rose again, we also believe that God will bring with Jesus those who have fallen asleep in Him.

15By the word of the Lord, we declare to you that we who are alive and remain until the coming of the Lord will by no means precede those who have fallen asleep. 16For the Lord Himself will descend from heaven with a loud command, with the voice of an archangel, and with the trumpet of God, and the dead in Christ will be the first to rise. 17After that, we who are alive and remain will be caught up together with them in the clouds to meet the Lord in the air. And so we will always be with the Lord.

18Therefore encourage one another with these words.

Revelation 20 1Then I saw an angel coming down from heaven with the key to the Abyss, holding in his hand a great chain. 2He seized the dragon, that ancient serpent who is the devil and Satan, and bound him for a thousand years. 3And he threw him into the Abyss, shut it, and sealed it over him, so that he could not deceive the nations until the thousand years were complete. After that, he must be released for a brief period of time.

This of course means that the beast from the earth who is implementing the mark of the beast... is on the scene before the resurrection and rapture.

2 Thess 2 1Now concerning the coming of our Lord Jesus Christ and our being gathered together to Him, we ask you, brothers, 2not to be easily disconcerted or alarmed by any spirit or message or letter seeming to be from us, alleging that the Day of the Lord has already come. 3Let no one deceive you in any way, for it will not come until the rebellion occurs and the man of lawlessness—the son of destruction—is revealed. 4He will oppose and exalt himself above every so-called god or object of worship. So he will seat himself in the temple of God, proclaiming himself to be God.

1 Peter 5 1As a fellow elder, a witness of Christ’s sufferings, and a partaker of the glory to be revealed, I appeal to the elders among you: 2Be shepherds of God’s flock that is among you, watching over them not out of compulsion, but because it is God’s will; not out of greed, but out of eagerness; 3not lording it over those entrusted to you, but being examples to the flock. 4And when the Archshepherd appears, you will receive the crown of glory that will never fade away.

Titus 2 11For the grace of God has appeared, bringing salvation to everyone. 12It instructs us to renounce ungodliness and worldly passions, and to live sensible, upright, and godly lives in the present age, 13as we await the blessed hope and glorious appearance of our great God and Savior Jesus Christ. 14He gave Himself for us to redeem us from all lawlessness and to purify for Himself a people for His own possession, zealous for good deeds.

That's what a lot of christians today call good works... and that's no good according to them.L0L


Christ instructs... and christians come up with excuses for not following instructions.

Truly i trash every form of religion today.

You either imitate Christ or you perish.

2 Thess 2 11For this reason God sends them a strong delusion so that they believe the lie, 12so that all may be damned who did not believe the truth but had pleasure in unrighteousness.

God in the end... make carnal man hang himself.

You may know that those who receive the mark of the beast are damned ?

God deceives them into receiving the mark of the beast !


Why? Because they don't love truth but have pleasure in unrighteousness.

What is the mark of the beast that can damn man ?

The same that damned nephilim !

How can one become a mutant today ?

You need a shot of modified genetic material right !