Matthew 7 21 “Not everyone who says to Me, ‘Lord, Lord,’ shall enter the kingdom of heaven, but he who does the will of My Father in heaven."


Let the Lord himself explain who those believers in Him are...


The image of the beast is AI which will oversee everything and everyone connected to the blockchain with microchips.

This needs 5G networks wich will already be available in some cities around the world this year... and more or less global in 2020.


ID2020’s mission supports the UN Sustainable Development Goal Target 16.9[3]. which aims to provide legal identity for all, including birth registration, by 2030. As proof of one’s identity is a prerequisite to social and economic inclusion in the modern world, an identity must be broadly recognized by both the public- and private-sector organizations with which an individual may interact.

Personal: Unique to you and you only
Persistent: Lives with you from birth to death
Private: Only you can give permission to use data
Portable: Accessible anywhere you happen to be

Psalm 2 2"The kings of the earth set themselves,
And the rulers take counsel together,
Against YHWH and against His Messiah, saying,

3 “Let us break Their bonds in pieces
And cast away Their cords from us.”


Many blame the bankers or Jews which are the same according to some... but who does the Lord implicate ? That's right the royals !

Do you know who used to be royals ? That's right the nephilim !

When the Israelites wanted a king to rule over them like the other nations then they chose the tallest one... for that was the mark of kingship back then when the nephilim or giants ruled the nations.

God warned them when wanting a king that his line would end up oppressing them... but they still wanted one as the other nations to reign over them in war and peace.

And so began the long winding road of the Israelites rejection of God.

You search the Scriptures because you think that in them you have eternal life... but God is not a big book.

God is Spirit and Truth.

An individual's perspective is as a flash of the firefly in the cycle of centuries... so don't be too stubborn nor bombastic in your believes because an individual can't possibly perceive the whole picture.

God is in complete control.

There are those who don't even believe in God... and that propaganda has been pushed for half a century in former Christian nations.

There are those who don't believe Jesus Christ is God... and that propaganda has been pushed for over a thousand years by Judaism and Islam alike.

Jesus Christ is in complete control.

It could be that Christians who don't know or play down the importance of obeying Christ's commandments are trolls.

Or they don't have the Holy spirit.


The former is understandable as the Devil got minions... but the latter is terrible because they are delusional. 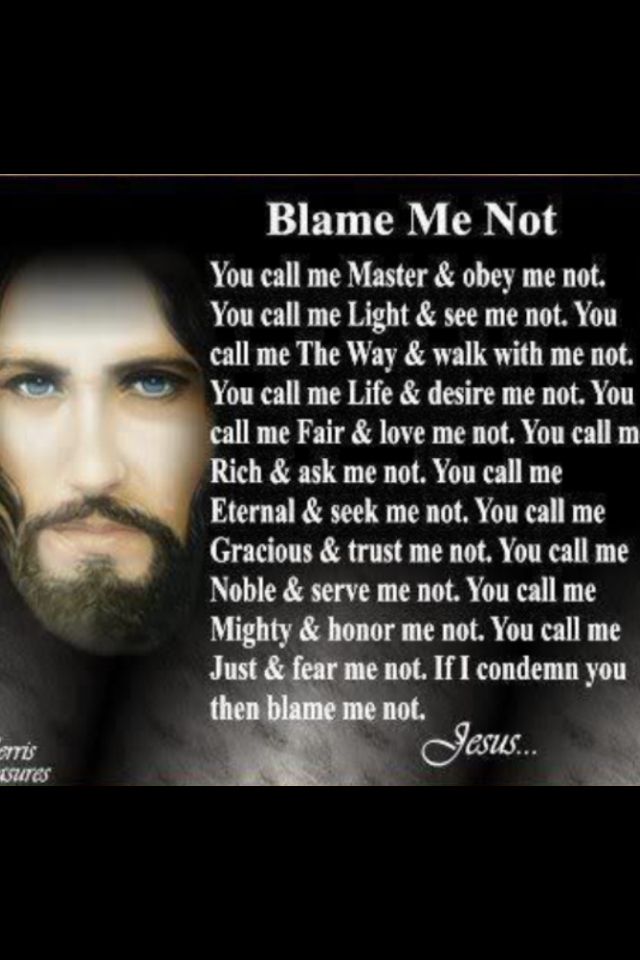 The Jews thought they were in good standing with God... until God cut them down.

Now Christians think they are in good standing with Christ...


Why did God cut down the Jews ? Because they did not obey His commandments !

Look we are not ignorant of the global persecution of Christans in the emerging new world order... it's in our own Scripture.


Revelation 6 9 When He opened the fifth seal, I saw under the altar the souls of those who had been slain for the word of God and for the testimony which they held.

Revelation 12 17 And the dragon was enraged with the woman, and he went to make war with the rest of her offspring, who keep the commandments of God and have the testimony of Jesus Christ.

Revelation 20 4 And I saw thrones, and they sat on them, and judgment was committed to them. Then I saw the souls of those who had been beheaded for their witness to Jesus and for the word of God, who had not worshiped the beast or his image, and had not received his mark on their foreheads or on their hands.


And they lived and reigned with Christ for a thousand years.

I wonder if Muslims wonder why Islam can't conquer Israel ?

Do they not think about this ?

No they are trying again... one more time... maybe this time with the help of Russia and Iran and Turkey and...

I am the best guys.

Someone wondered who i am.

All this work... pages after pages of prophecies correctly interpreted and realities unveiled and revelation unraveled and rightly dividing the word of truth... speaks for itself.

Nobody helped me in this... no not the Holy spirit... i did it all by myself.

That's how great i am. I am the best.


I just love having fun with religious people. When they see greatness they want to kill it...

Do you feel lucky punks ?

In the first epistle of John is an apparent dichotomy... which is totally disregarded by modern main stream Churchi(ns)anity.

Scripturally speaking those who are specifically said to be born of God do not sin.

It is natural and normal to sin and most do it in one form or more... but those who are born of God do not sin simply because they cannot sin as God tabernacles within them. They are the true temples of God on earth.

They are the best.

1 John 1 8If we say that we have no sin, we deceive ourselves, and the truth is not in us.

9 If we confess our sins, he is faithful and just to forgive us our sins, and to cleanse us from all unrighteousness.

10 If we say that we have not sinned, we make him a liar, and his word is not in us.


1 John 3 8He that committeth sin is of the devil; for the devil sinneth from the beginning. For this purpose the Son of God was manifested, that he might destroy the works of the devil.

While we wait for the inevitable invasion of Israel by the Gog confederacy... and i don't know how long they can draw this out now... but this is the invasion which will infuriate God and begin His wrath upon the world.

So let's hope it draws out... but it's getting ridiculous.

Can they really draw this tragic Syrian civil war farce out another year...while amassing and positioning themselves under constant Israeli bombardments ?

The war has already begun... we're just waiting for the actual invasion of Israel.

So it's a big mistake to apply every Old Testament prophecy to the New Testament people at the end times.


For instance in Daniel 11 the angel is fortelling geopolitical events in the Middle East... which as history shows were fulfilled by the rise of Greece in the person of Alexander the Great... and the breaking up of his empire into four lesser empires. And the machinations between two of these lesser empires... that of Ptolemaic Egypt and Seleucid Mesopotamia.

And also foretelling the rise of Antiochus Epiphanes in Seleucid Mesopotamia who would divide the Jews and conquer Judea... and also desolate the Temple of God in Jerusalem. And this he did as history tells by installing an alter to Zeus in the Temple where swine were sacrificed.


In Daniel 12 Michael is mentioned... and is described as the great Sar or Prince who watches over the Jews.

Before Jesus Christ was born into our world as a mortal Man to take upon Himself our sins... He was Michael the Archangel... the Commander of the host of the Lord. The Holy one of Israel whom Joshua saw with a drawn sword.

It was He who was raised up on the cross... like Moses raised up the brass serpent in the wilderness... to save all those who look to Him.

John 3 10 Jesus answered and said to him, “Are you the teacher of Israel, and do not know these things?

11 Most assuredly, I say to you, We speak what We know and testify what We have seen, and you do not receive Our witness. 12 If I have told you earthly things and you do not believe, how will you believe if I tell you heavenly things? 13 No one has ascended to heaven but He who came down from heaven, that is, the Son of Man who is in heaven. 14 And as Moses lifted up the serpent in the wilderness, even so must the Son of Man be lifted up, 15 that whoever believes in Him should not perish but have eternal life. 16 For God so loved the world that He gave His only begotten Son, that whoever believes in Him should not perish but have everlasting life. 17 For God did not send His Son into the world to condemn the world, but that the world through Him might be saved.

18 “He who believes in Him is not condemned; but he who does not believe is condemned already, because he has not believed in the name of the only begotten Son of God. 19 And this is the condemnation, that the light has come into the world, and men loved darkness rather than light, because their deeds were evil. 20 For everyone practicing evil hates the light and does not come to the light, lest his deeds should be exposed. 21 But he who does the truth comes to the light, that his deeds may be clearly seen, that they have been done in God.”

How come you don't accept Jesus Christ as the only begotten Son of God ? It is because you love the dark and practice evil !

There is an apparent dichotomy in Paul's letter to the Romans... which has confused a lot of Christians.


Romans 3 31 Do we then make void the law through faith? Certainly not! On the contrary, we establish the law.

Romans 6 14 For sin shall not have dominion over you, for you are not under law but under grace.


So are we under law or not ? First he wrote we establish the law and later in the same letter he wrote we are not under law. This can cause confusion... so anybody got a solution to this apparent dichotomy ?

Nobody want to answer if we are to establish the law or not under law ?