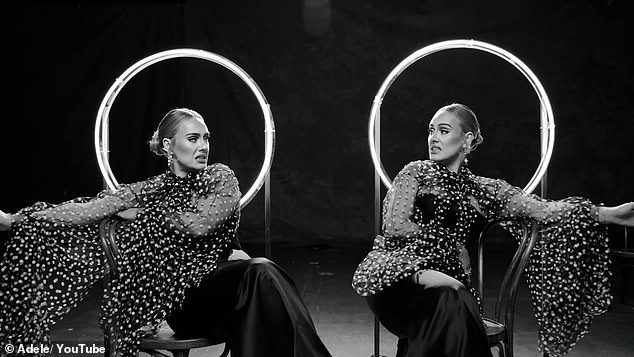 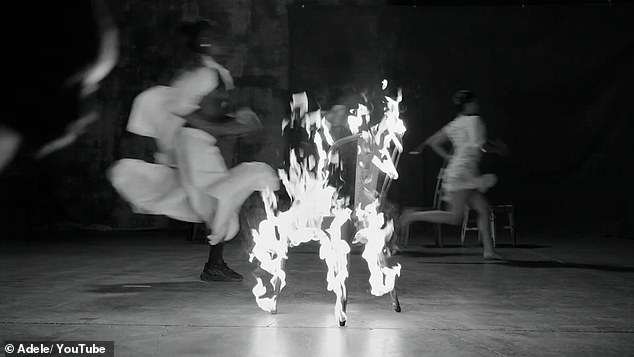 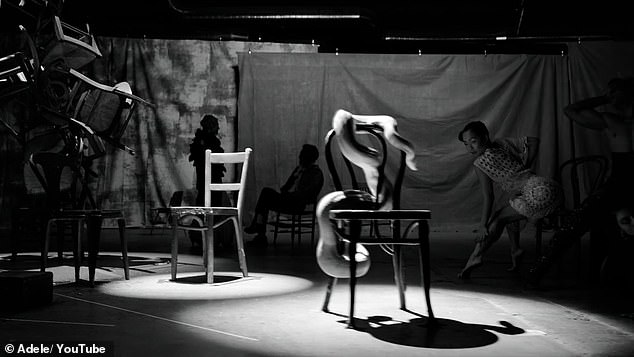 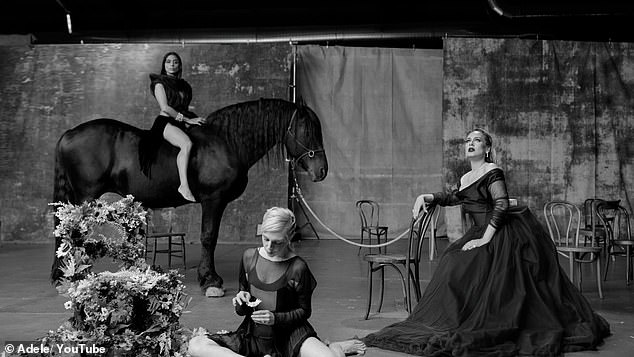 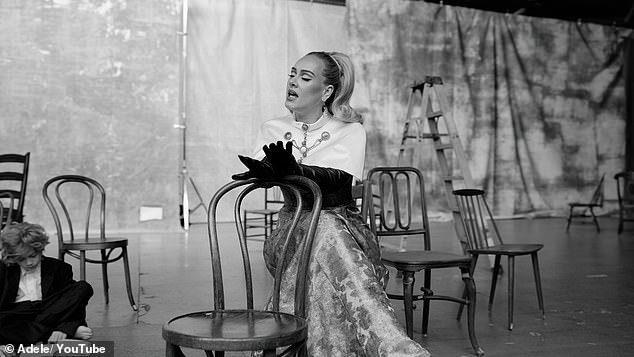 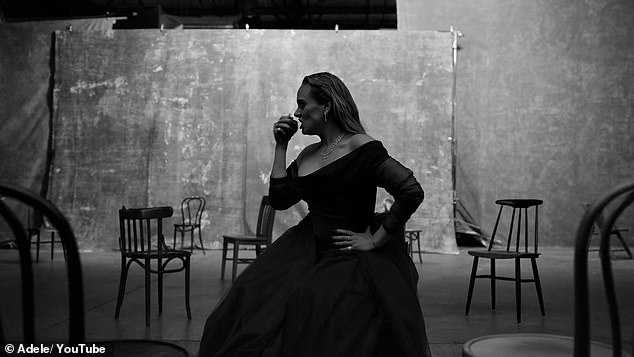 Creepy! There is also a woman laying on the ground surrounded by pills @ 1:00.

Adele' has an alter ego now "Sasha Carter".
Adele has revealed that she adopts an alter-ego based on Beyonce and singer/actress June Carter to get pumped up before shows.
The Brit singer has called the character she adopts ‘Sasha Carter’, which she invented just before meeting the former Destiny’s Child singer. “I was about to meet Beyonce,” she recalled to Rolling Stone. “I had a full-blown panic attack. Then she popped in looking gorgeous and said, ‘You’re amazing!’. When I listen to you I feel like I’m listening to God’.” She added: “I went out on the balcony crying hysterically, and I said, ‘What would Sasha Fierce [Beyonce‘s alter-ego] do? That’s when Sasha Carter was born.” 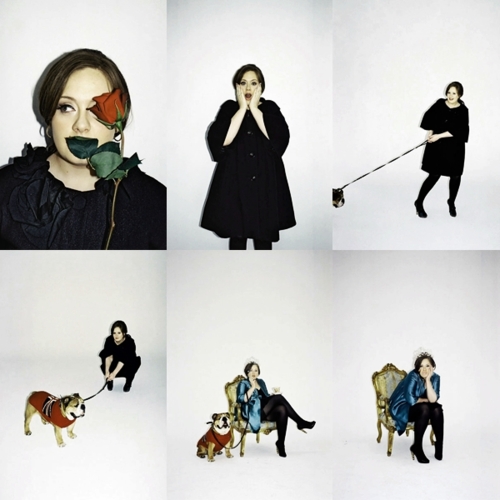 Pop singer Adele made some amazing and blasphemous comments while performing at the Forum in Copenhagen, Denmark on Tuesday as she stopped mid-show to give a shout-out to Beyonce. “Beyoncé is the most inspiring person I’ve ever had the pleasure of worshipping,” she wrote. “Her talent, beauty, grace and work ethic are all in a league of their own. I appreciate you so much! Thank god for Beyoncé X 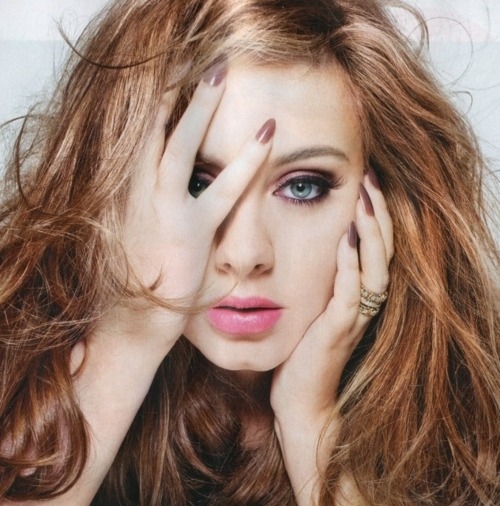